Can anybody tell me why lil navmap does follow my simbrief flightplan exactly? I have updated the airac but yet it still deviates.

How it it deviating?

It might help if you posted more info. The plant from Simbrief as text, and how LNM has interpreted it, perhaps as an image?

Thanks for the response and suggestion. So typically it starts out following the flight plan exactly meaning the plane is right on line with the pictured flight plan.

The map on the right isn’t from Littlenavmap. I haven’t used it in ages, but it kind of looks like Volanta?

The route to the left of the plane has waypoints that don’t appear in your flight plan at the top of the screen.

The image to the left is too dark to make anything out, and I can’t tell what you have loaded. If I had to guess you have a plan imported into the FMS directly from Simbrief, and for some reason the route you have shown on the right doesn’t match this, perhaps because that route was built by hand, or in some other way not come from Simbrief.

You are correct…my bad! That was Simtoolkit pro same issue though lol. Here is lil navmap.

Can you show us what you have in the planes FMS? And if you can make it brighter as it’s almost unreadable.

Ok interesting but this isn’t alt but bearing ???

I’ll try to make it brighter.

What would be helpful would be what is actually programmed into the FMS, not an external tool.

Ok…I imported my fltplan directly from simbrief. Would that help? Not sure how to make the pic brighter.

We need to see what the plane is doing, and an external tool won’t tell us that, in the same way that writing it out on a napkin wouldn’t.

Any image editing software should let you adjust its brightness. But we’d need to see a page that shows the waypoints in your plan, in the FMS, nowhere else.

Roger that working on it, Thanks again

If you look at this image from Navigraph Charts, you can see there is a relatively parallel airway, to the West, which does kind of line up with where you plane is. 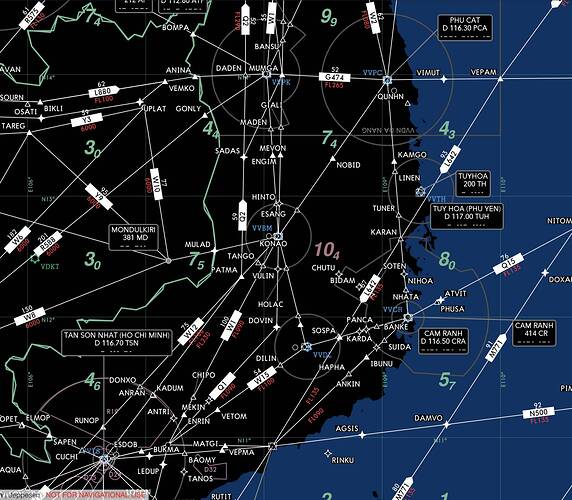 Yes 100% it does look like it is on that parallel airway.

Your plan from Simbrief is nothing like what you have in LNM. PECAN is there, but there are many more waypoints on the way before you get to the STAR. Nothing between PECAN, and PULIP is shown.

Can you go into Simbrief, and copy/paste the route from there?

That’s the part that is now confusing because the plan is imported from simbrief.

But if you look at my plan L642 is the other airway i believe???

Yep, it is. I’ve just recreated that Roland in Simbrief, and it suggested what you have I think. I’m using AIRAC 2109.

I’m now firing up my computer to drop this into LNM. 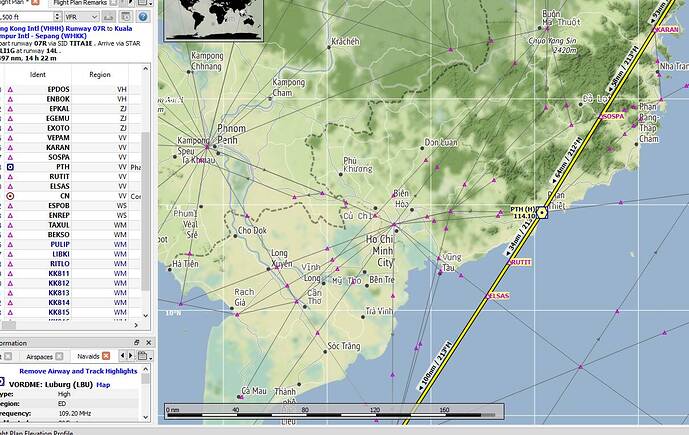 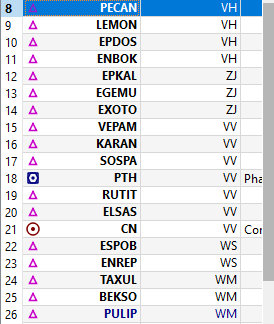