i know others have brought this up every system is diff. and i have read through a lot of them and my problem is still there
please see the screen shot

Have you tried lower graphics and then working your way up, your Gpu is getting hammered also.

Weather setting+amount of traffic+selected scenery= CPU and GPU limitation. By the looks of the image and the hardware I would say FPS are as expected.
What are your LOD settings? Q8Pilot released a video yesterday that might help you improve FPS.

Temps OK and cpu gets used to the full, not much you can do except try to balance your mainthread and gpu frame times better. Try creating a custom desktop 50% larger in each direction and using it in the sim, it’s what I do and is much nicer than just bumping renderscale. It should also work with NIS enabled.

Your manipulator thread is very high indicating a lot of I/O going on. Looks like you have dev mode and another FPS counter going at the same time. Remember that the sim has to hand the frame to any overlay counter before the fame gets sent to the screen. This adds latency. I would look to turn off any background processes you may have running that you can spare.
Also, with GPU-z you can watch an accurate measure of your GPU Load as you change settings. 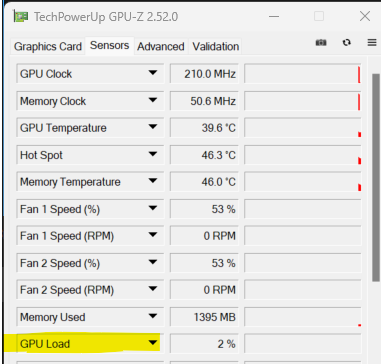 You want to get this to be just below 100% when flying, but never over. This will balance your graphics and cpu tasks nicely. You can set it be always on top in the settings, and for VR you can put it on a second monitor because it will not stay on top in VR. You will notice that Vsync and Motion Reprojection cut the GPU load down significantly, allowing you to add more graphics.

Thanks guys
@Densest how do i do a custom desktop that you are talking about
@Fernando yes i have a lot of IO going on , with that said a 10 core Processor with all cores at 5.2 should handle it
@Tony which item do i look at to see gpu activity , precession X shows gpu usage around 70% if i remember correctly
@OldpondGL precession X shows gpu usage around 70% 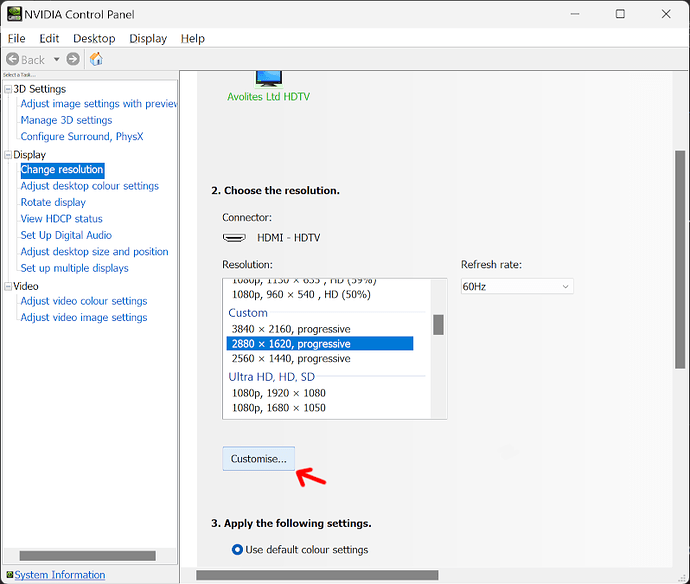 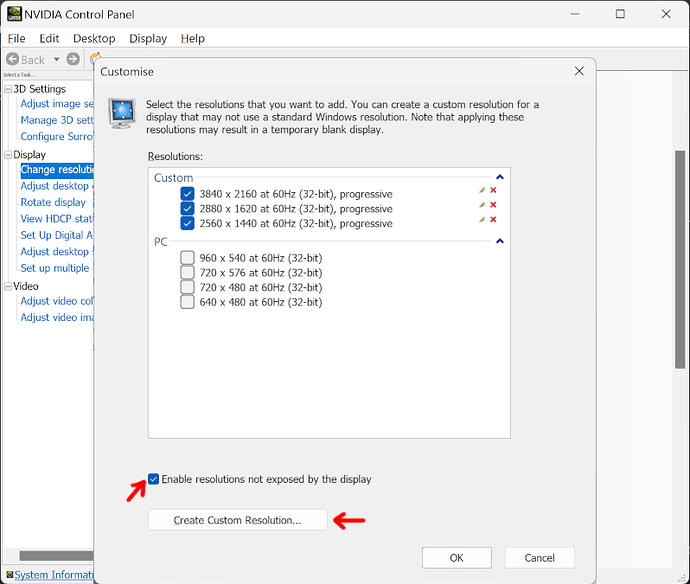 2798×676 84.6 KB
Just enter each of the ticked new sizes and test, assuming a pass they should then be available to use.

I’m looking at the Milliseconds (Ms) counter, you should try balance CPU & Gpu, if you get down to around 15ms you’ll start to see Amber and Green traces. Better to start low with a good bench mark and then work up.

A matter of opinion. I actually prefer to start high and work down, that way I don’t end up settling for inferior performance/quality

Saying that, I actually have all graphics maxed and LOD400, the only way I could improve quality is by turning off DLSS or raising LOD in UserCfg or performance only by lowering LOD or traffic, neither I wish to relent on. If I find myself dropping below 30fps in difficult scenery/weather then clouds down to high does the trick.

currently watching the vid from Q8Pilot released a video yesterday that might help you improve FPS. and doing what he suggest

here is a flight out of ksyr over Syracuse NY

here is a screen shot at KSEA

here is a screen shot over KJFK and task manger , y is it coded so bad fs is not using all core equally see screen shot

That actually looks to be coded exceptionally well. Core 8 is obviously mainthread which cannot be split and the rest all have plenty of spare capacity to not bottleneck … this is how all games should look, full cpu usage basically only occurs in non scheduled data crunching and rendering apps such as blender, photoshop etc.

And yes a 2 or 4k screen would be optimal (test this with the custom desktops) but keep the 2080 it’s a great card much more powerful than the dated GTX490 and it’s 3GB vram that I doubt could manage 4k.

Only a slight difference, R and G are easily confused

can i add this to this topic

my cpu is 10900 kf OC 5.2, with that said why did i have to lower lod and objects lod and the traffic settings to half a hair below to get the main thread to keep up with the sim in areas like NYC and KSEA , i would think 10 cores running 5.2 would handle what is thrown at it
Thanks

landing at cortland NY , now limited by gpu , not that this is a issue i think it is because it is hitting 60fps monitor refresh rate is 60hz
see the screen shot

Exactly what you want, that basically means your mainthread is not being bottlenecked and your gpu is working at it’s maximum (or optimum if you have fps caps).

turn on Hyper threading and recheck the OC to 5.2 all cores and ran stability test pass
thread 19 is getting hammered and the other threads/cores vary all over see screen shot with HWmonitor
thanks