This is a perfect illustration of the LOD rings in action!

Usually this could happen when images were shot at different period of time from different acquisition sources, and actually this in my opinion is a bug as well: they should only take the highest def LOD and automatically lower LOD textures only from this one (like mip-mapping) otherwise it introduces color and/or content differences.

Worth finding a few other places like this, documenting it with images and comparison like I did in this post in order to exhibit the problem, then posting a new bug report just for this in my opinion.

Thank you very much. Great job.

While ordinary user should not be requested to edit the sim config files and the wider range of LOD details setting should be allowed in the sim interface - is currently still possible to increase:

Thanks for your reply

I’ve posted a bug on zendesk with the videos and with the lat/long (Antartica). Another member had a similar experiebce in the Isle of Man, and has also posted a bug. I also noticed it a bit in Northern Canada although not as pronounced - I wonder if it much more visible in snowy areas. I will need to test this out, but is presumably, from what you say, a function of the bing data as well as the particular textures/colours.

In my opinion, they deliberately degraded the quality. I don’t have a chasing mania

Everyone can also see that with each update, the quality has further deteriorated.

The quality was degraded for two reasons:

This is not a matter of debate, it is a fact. Everyone can see what it was like.

It would be good if a developer would entrust the user with what settings and what visual world we want to use the simulator with.

To some degree there is not much point in reopening the debate as I’m unlikely to convince you. My experience is not this and I have carefully tested it.

Do you think this is normal?
https://youtu.be/sy1xHM4jdlQ

I highly doubt they deliberately degraded the visual quality. What developer would intentionally make their game look less good? (plus, they explicitly said they didn’t do so in the Q&A)

After all, there are lots of sliders and settings - from low to ultra - in order to allow for performance optimizations by the user. While it might make sense to tune the low, medium and maybe high settings a bit in order to fit current PC performance ranges, there is no real reason to tone down the “ultra” preset which is meant for best quality. The XBOX version will probably come with a custom setting set by the developer so it works best on the hardware - no need to tune down the PC visuals.

Plus, a lot of the performance enhancements came through CPU usage optimizations. That’s why people with a low number of CPU cores don’t experience as much stuttering as before. And some of the changes made to the visuals are clearly not related to performance, e.g. water waves. The patch notes state that the wave hight as a function of wind has been adapted. I don’t think this change really made an impact on performance.

As to the LOD, I think there are two things coming together: firstly, there might really be some new bug introduced in the last patches. Secondly, there is a lot of psychology involved. After flying in an area for a while, I personally find myself finding more and more little detailes that are a bit off. They have most probably been off right from launch, I just never noticed because I first saw the big picture. Coupled with the expectation of overall improvements after a patch, this quickly leads to disappointment.

Hence, I think it’s really important that we try to remind ourselves to keep this discussion on an objective and constructive level. The devs aren’t trying to screw us, they’re just really hard at work and - as we’ve all seem - make (human) mistakes.

Not at all…but this is also not something I have ever seen in the sim.

The latest dev update is now listing several LOD related issue discussions, let’s hope the material in this discussion is helping out!

update: moved to the new “Bugs and Issues” category

bumping for 30 more days or until resolved.

The range in which objects are rendered is draw distance.

LOD refers to the process of changing model detail depending on distance to camera, as demonstrated in this video at 8:30… 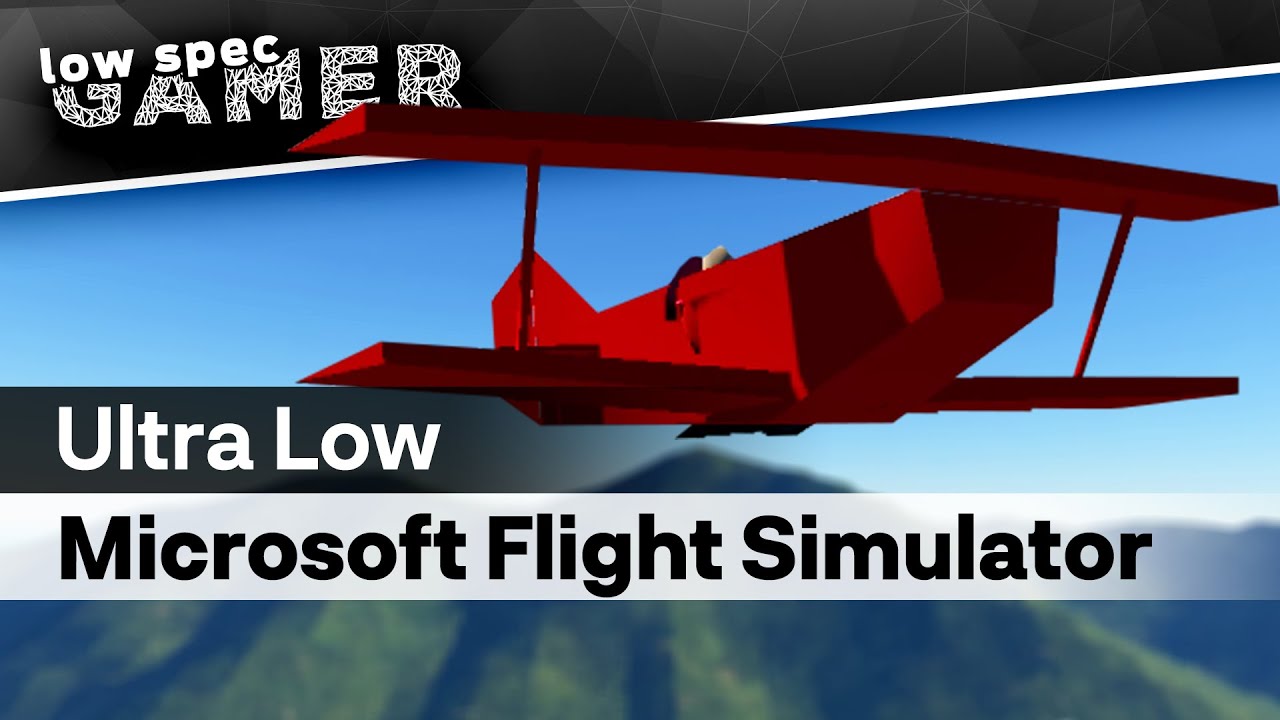 We got anymore updates on this issue? The devs have been saying for months they are looking into it but nothing from them at all.

No update at all, this issue is completely ignored. Despite the fact LOD issue is #1 of voted issue all over time.

Funny, isn’t it? At least we got tree distance fix by 3rd party, which is currently not fix at all but glitch and Asobo can remove this fix any time…

Here is a series of screenshot showing how LOD computation based on distance and size is wrong again, and this seems to further relate the bug to the 1.41 factor (square root of 2) I was mentioning before.

Look closely at the front wheel of the parked aircraft in front of me: 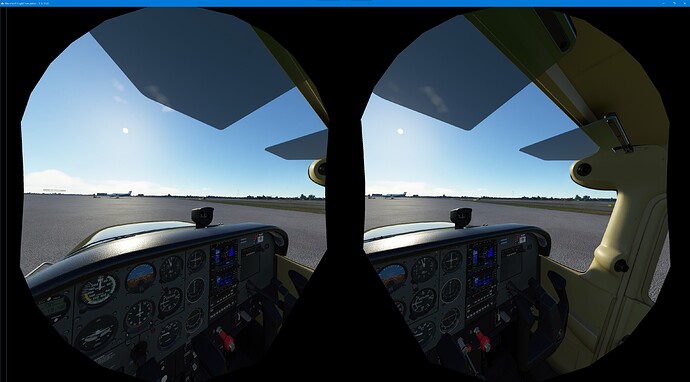 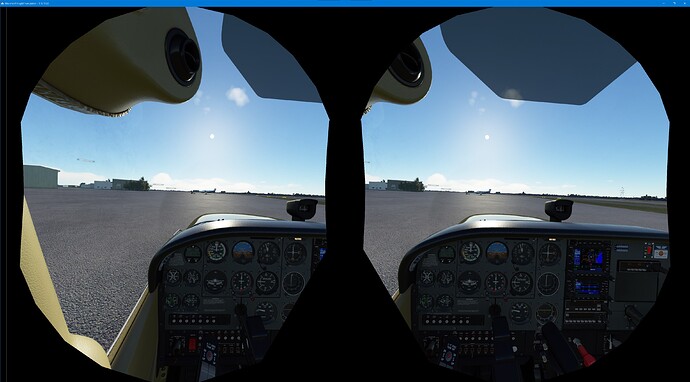 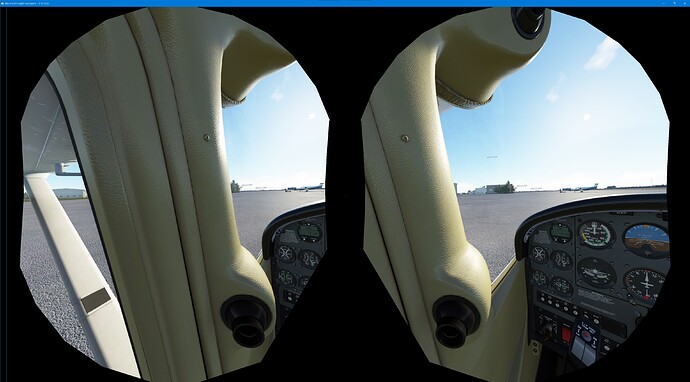 NB: I’ve taken these screenshots in VR and I didn’t compare in 2D (this particular problem I’m showcasing might just be in VR though). 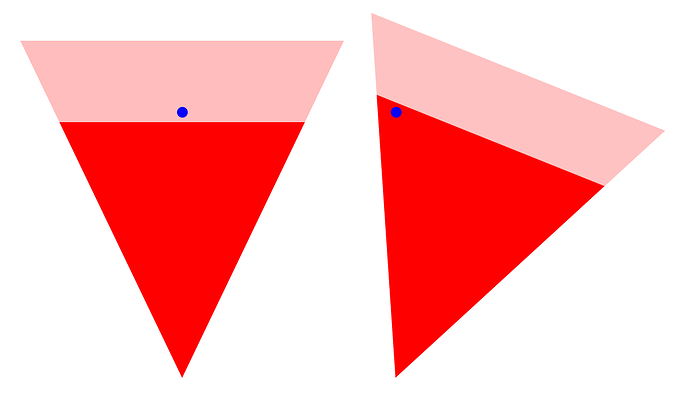