I agree, the log book pop up should not be there. It breaks immersion so bad.
Instead the flight logs of all flights should be displayed when you end your session in the same way FSX did when you went back to the main menu.

Lots of it feels like an arcade game, unfortunately.

The sim part improving though…especially thanks to the FlyByWire group, whom I thank gratefully.

I’ll add my vote here, cause that pop-up menu can be quite frustrating, I don’t really get the purpose of it actually, it breaks the whole immersion and when you do multiple flights in a row you’ll always get this menu.

Shutting down my plane is surely one of the best feeling I get after a long flight, I don’t really want it spoiled by a menu that is useless, to me at least…

Precisely and exactly.
This really does need to change.
We just need an FSX/P3d type option where, when we have finished all our shut down procedures, we can then choose to save, continue or exit.

I’d like to be able to disable the logbook from popping up at the end of the flight. It breaks the immersion of feeling the satisfaction as the prop comes to a stop. I don’t like things popping up on the screen…it makes it feel like an arcade game. I use Simtoolkit Pro anyway, so I don’t even use the built in logbook.

I’d like to be able to disable the logbook from popping up at the end of the flight. It breaks the immersion of the feeling and satisfaction as the prop comes to a stop. I don’t like things popping up on the screen…it makes it feel like an arcade game. I use Simtoolkit Pro anyway, so I don’t even use the built in logbook.

Let’s do this guys, if we could persuade the devs to get rid of the Press Any Key nonsense then we could do this one too

I agree, this needs to be optional to suit the player’s level. Simmers who want to run a shutdown procedure would never want it, but more casual players might enjoy the convenience - after switching off the engines they may excited to look for their next flight and enjoy the fact the game tells them “you’re done here”. I don’t think it’s right to remove it, just make it optional.

I was following another topic that was merged into this one, so just posting to keep it alive, and to add my vote.

I think there’s sometimes a bug whereby your flight isn’t counted in the logbook (or it’s counted as zero hours, zero take-offs and zero landings) if you cancel the pop-up window and then finish your shutdown procedure and end the flight yourself. Presumably because clicking ‘cancel’ effectively starts a new flight - which doesn’t get logged as you never start your engines nor leave the ground…

I’d prefer if you can just disable the automatic pop-up also. If you want to end or log the flight, press escape and have an option there. Simple.

i completely agree, these popups that stop your game to tell you something is silly - upvoted
i would point out that it Does Not prevent you from saving state of game etc, it gives you the option to “Continue” which lets you pop right back to the game as you left it before the intrusion
so while some of the complaints/issue with it posted here is not really valid
i agree it should go away

I totally agree. This automatic logbook popup needs to be removed.

I agree. This auto logbook popup needs to be removed! Sometimes my Sim crashes after I press continue

I hate the popup at the end of a flight!!!
I find it’s such an immersion killer.
Get rid of it, or at least make it an option, yet I wonder who may want to activate this

Absolutely agree. This Popup in the middle of the shutdown procedure is really annoying. I didn’t find a way to turn it off yet. I think the idea bedind this is to optimize the GUI for the Xbox, where you just have yoru game controller. But it’s totally misplaced in the middle of the shutdown. A few seconds after the complete shutdown would make more sense. And an option to turn it completly off would be the best.

100% Agree, get rid of it or provide an option to disable!

Batteries being turned off should be the trigger.

Yes. There’s no point in having Avionics as the trigger for the popup, when battery/master is the last button you have to press.

The end of a great flight destroyed by this ridiculous “feature” which is nothing but a reality killer! 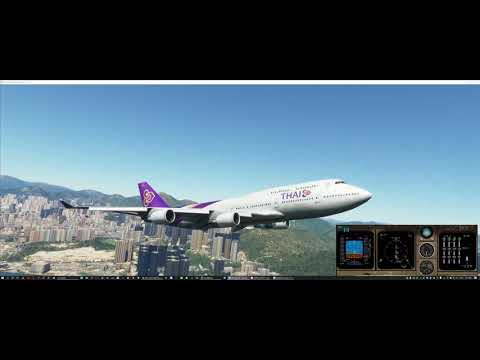 I don’t know. I think this should just be removed. Even if the batteries being turned off should trigger the ending window, this can be a problem if you’re simulating a battery overheat in flight. I’d say the easiest solution is just make it an option for this window to appear on completions.

The popup is really totally unnecessary and exceedingly annoying! It prevents a realistic shutdown. Without would be nicer! Thanks