The most interesting new aircraft for Flight Simulator has finally been released!

Has no AP if thats essential to some, aside from that looks really interesting!

Yes, I’ve been waiting for this! Thanks for the update. My dad built one of the first EZs in the Chicago area back in the early '80s. 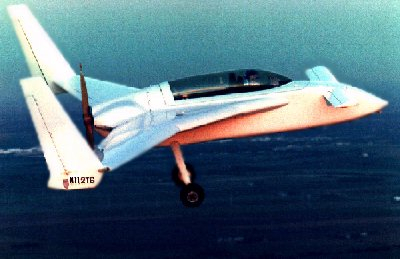 Great to see they put some paint on the model too, as I remember the dev was thinking about keeping it all white. I’m hoping to repaint it to match the maroon and grey stripes that are on N112TG now.

I’ve been flying this for 40+ hours as a beta tester and it’s really a fun plane. It has a nice little gps, no autopilot,but it trims out nice , has a airbreak , you can open the canopy. Of course you need to get used to it because it’s a bit of a different bird. I really enjoyed it and now bought the released version 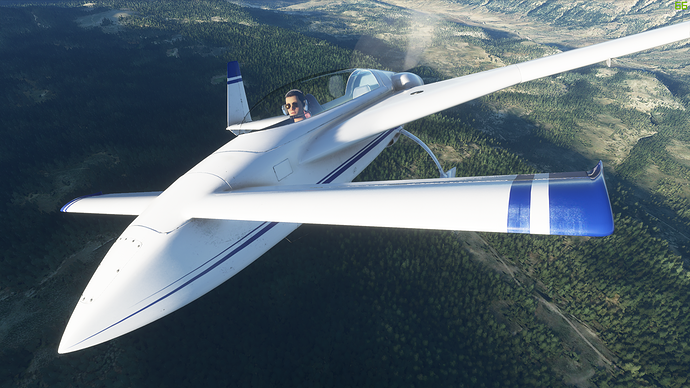 For a plane that is designed for 1800NM range, the lack of an autopilot kinda hurts. Since it isnt using its ultimate flight characteristics, I really hope that the completed version has an autopilot.

I may purchase it when it is on the market but I think this is a very common feeling im seeing.

It doesn’t hurt at all trim out lean back and put the minor corrections in with the joystick (if trimmed out properly in good weather maybe every few minutes when cruising). i’ve flown very long trips with it already.

Of course, in real life id definitely be laser focused on not falling out of the sky and probably would be ok just trimming it out well and making minor corrections, as you are required to be lucid even with autopilot. But since this is a consumer flight sim (or a game really), the benefit of flying those long trips on autopilot is that you can kind of just turn it on and go make a sandwich or do your housework, clearly a luxury that one should not do in flight IRL. I don’t think anyone wants to sit behind a computer for 7+ hours making corrections every 5 mins or less if they want to fly this plane to its potential.

Dont get me wrong, I will buy this, its a really unique plane and ive heard nothing but great things about the developer. I just think it will be far more applicable to peoples wants and needs if it had an autopilot installed. Also noting that the flight physics are still in flux and currently based on an interim default flight model, that means that short range VFR and light acrobatic flights are missing their full potential for now. So intermediate distance flights would def benefit from an AP.

Considering how borked the autopilot function on most of the released aircraft is, I am glad it has been omitted on this aircraft.
No doubt when Asobo/MS get the finger out and sort these fundamental game issues we will hopefully see autopilots in 3rd party planes that work.

Frankly, for the GA planes, I havent had the same problems a lot of people have been having. Yeah sometimes it goes bonkers and sets the trim all the way up or something if its climbing too steep or something, but Ive been able to wrestle it to work in everything other than the tubeliners. The Longitude obviously has the dolphin dance. Even when the Carenado M20 was released it had the side to side wobble bug, but that was easily remediated if you set nav mode when you are manually on the GPS track when you engage it. That was patched and now it works correctly as far as I know. Ive flown the TBM, Mooney and C172 200+ hours a mix of manually and on AP.

Personally, I want AP available in payware planes. Even retro planes I would like the option. And yes I want AP to work. Theres a lot of room for improvement, but in my book a working AP especially on payware makes a plane go from “Hey thats kinda neat to fly every once in a while” to “OK maybe I will fly this plane as one of my primaries, and fly long distances”. So yeah when we are going out of our way to buy 3rd party aircraft, maybe its me just not being hardcore enough or something but give us Autopilot because I dont want to be flying 1800 miles with my hands on the yoke the whole time in sim.

No doubt when Asobo/MS get the finger out and sort these fundamental game issues we will hopefully see autopilots in 3rd party planes that work.

The AP works well enough in both the Cessna 182T, and the Mooney M20R. Their initial releases were a little iffy, but they patched that out in short order.

I’d give this new aircraft a go, but right now I am restricting my purchases the the in-sim Marketplace. As soon as it hits there, I will take a look.

we will hopefully see autopilots in 3rd party planes that work

The Carenado M20R and C182 APs work fine. They were wonky at launch and required a couple of patches to iron out the oscillation issues in NAV / GPS mode. But to say that the AP doesn’t work in 3rd party planes is just plain wrong.

Hi Skip! Is that the Plane your father built?

Yep! My brother-in-law, a Coast Guard aviator, is flying it out of Miami currently. It doesn’t have an autopilot, I’m pretty sure it doesn’t even have elevator trim, and it only just recently acquired a starter. You used to have to hand crank that prop. Scary.

I made my own 3D model of it that I never got around to converting into a flight simulator aircraft. Homebuilt aircraft are all a little different, but this model Indiafoxtech is using is pretty dàrn close. Different nose cone, has wheel pants, and a big scoop air inlet instead of a flush inlet, but I’m hoping to repaint it to match: 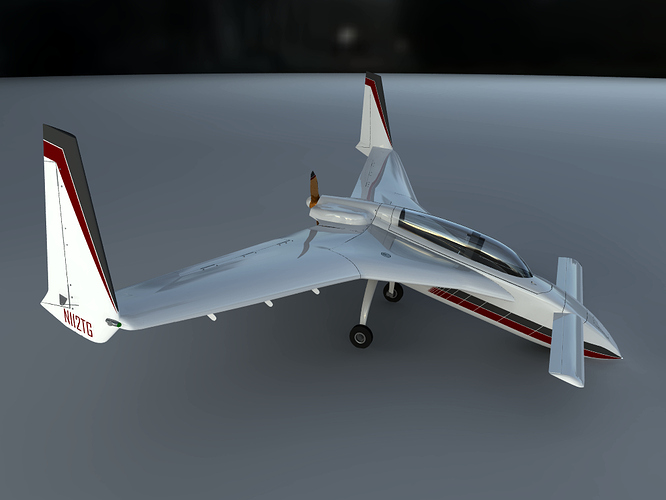 Oh yea hand cranking is ■■■■ scary! I once heard of a guy that cut his arm off from a group of older people. There was also a lot of German Bier in the game and they werent that trustworthy anymore.

That 3D model looks beutiful you should really try to use it in some way!

aahh, great, I’ll have a look!

A club member had the VariEze and loved it. But it wasn’t exactly a handy airplane to travel and being experimental there were too many restrictions so he sold it eventually. ^^

I imported the model into FS9, but the interior is not highly detailed. And there are a thousand other things that go into making a nice Flight Simulator aircraft: engine sounds, aerodynamics, avionics, switches, animation… 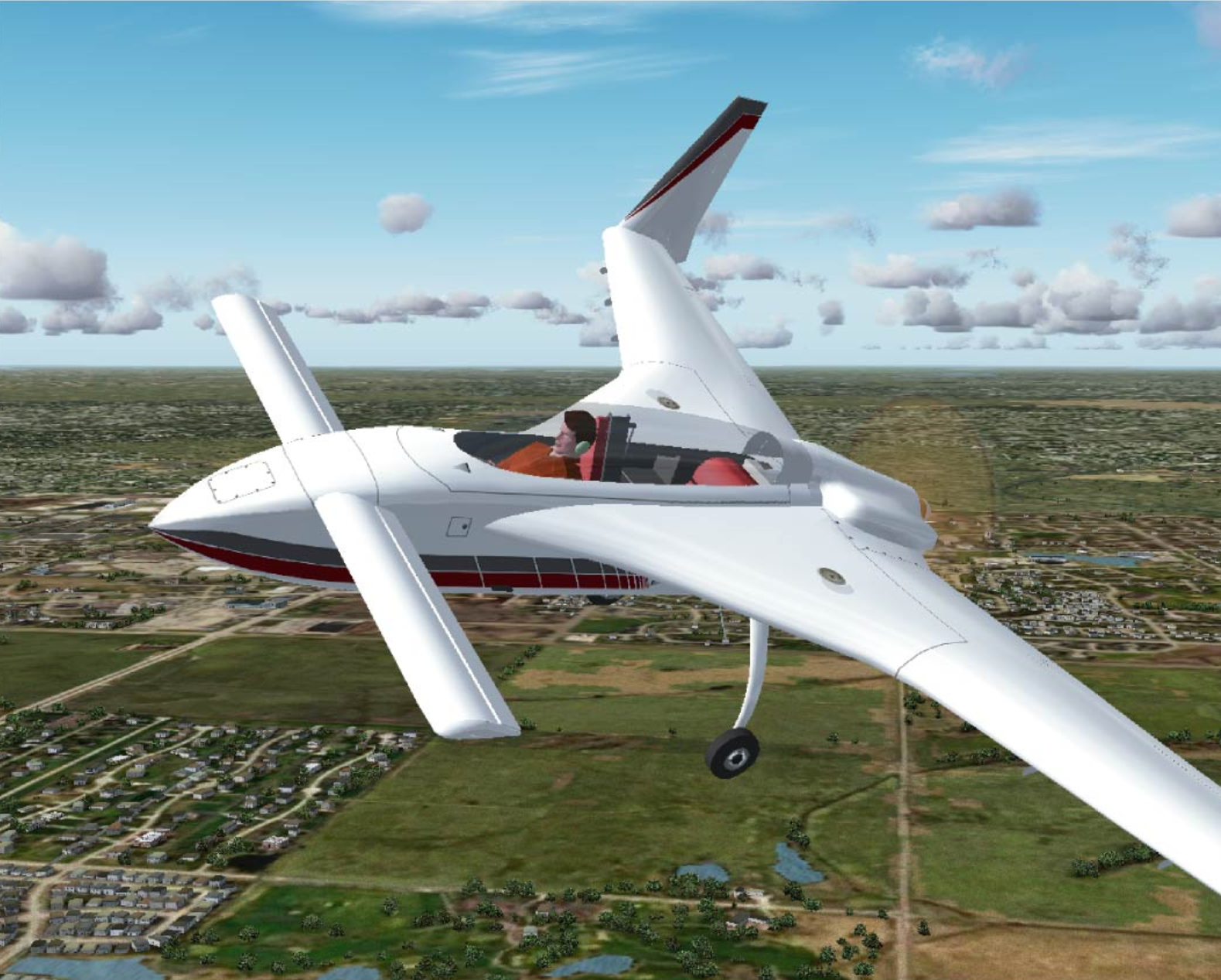 I straight up offered the model to Indafoxtecho as it’s just been sitting on my hard drive collecting dust for the past 20 years. They had already completed the visual model and had more than enough detail to work with as it was though. 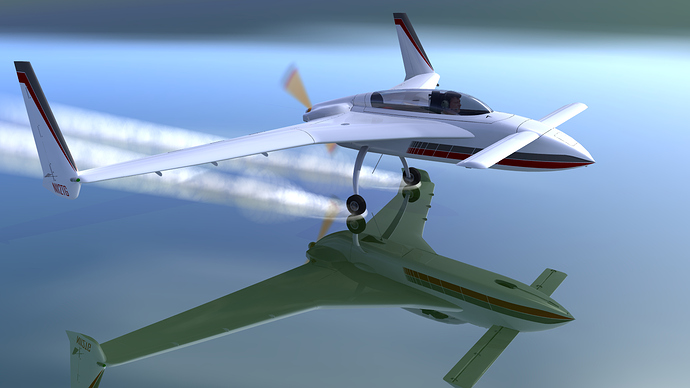 Some footage and opinion of the Long-EZ. I’ve been enjoying it personally. Great scout plane. 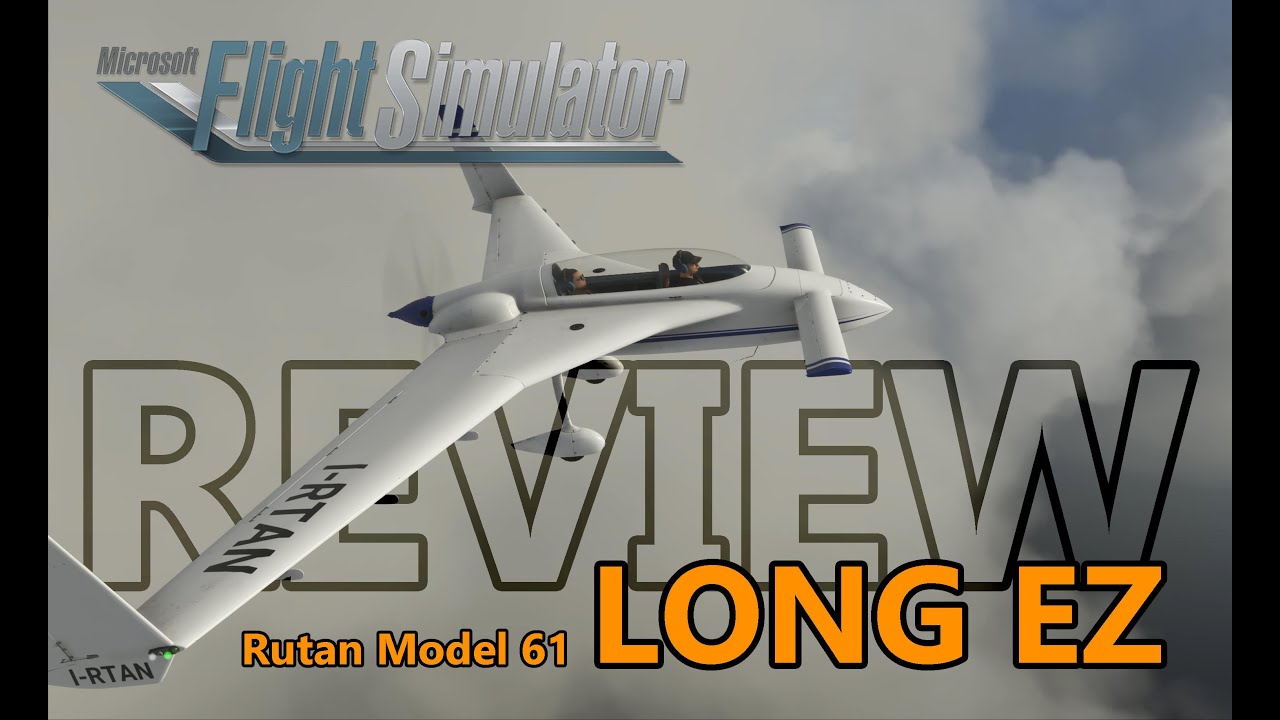 Just bought Long-Ez in the market place. Interesting plane with “character,” is all after 30 minutes flight time

However (pilot) issue with the Honeycomb yoke.
Have been flying mostly the TBM so my start key on the
yoke was left in only one magneto, meaning that the plane flies but weeeeery slowly and odd.
Took some time to find the culprit but once on both magnetos much better.

Has anyone tested this bird after the new patch? I know some other aircraft by third parties seems to be broken. I know Mooney is affected, so is BirdDog. I tested KitFox yesterday and no changes there.

The patch supposedly adds support for Canards, so I guess there’s some rework going on right now.