Lost all navigation in MSFS after update 5

The most common reason for this problem would be if you had installed Navigraph nav data for MSFS, and then later tried to remove it by simply deleting the Navigraph folder from Community instead of using the Navigraph data manager to properly uninstall it.

In that case, you could reinstall Navigraph using their data manager, and then immediately uninstall it again using the same data manager.

Alternatively, you could delete the content.xml file and let the sim rebuild it on next launch.

The main cause of the problem is that the link to the location of default nav data in content.xml is broken. This would usually be caused by uninstalling Navigraph incorrectly, but if you do not have (or never used) Navigraph, it could indicate that something else has corrupted content.xml. In either case, deleting that file and letting the sim rebuild it on next launch should fix it.

Why on earth would you uninstall Navigraph?

Perhaps the users were following the official recommendation to delete all content from the Community folder prior to installing the hot fix, not realizing that if you do that with Navigraph, it will break the link to the default nav data.

The whole Community folder thing every Update is Garbage IMHO. What does it do for the actual update? Nothing the sim still updates, all this does is add an extra step, that only delays in finding issues.

So you empty your folder and lets say Add-on XX causes a CTD, the moment you put your community folder back boom you are going to get the CTD, weather you use an add-on manager or not its just an extra step for nothing. You load up the newly patched sim, you start a flight from or fly to your add-on Airport for example and boom CTD? Removing the folder before the update wont help that, same with an add-on plane you only know once it is loaded… A real time waster, how are you going to know until it happens. I have tons of payware, I am not removing a thing until it starts causing issues. It is pretty obvious when add-ons cause issues.

Actually, that’s not what is recommended, although it has become one of the most widespread false claims in these fora. Here’s what the release notes always say:

Please move your community package(s) to another folder before relaunching the title if you suffer from stability issues or long loading times.

So, no reason to touch the Community folder until you see an issue, which makes perfectly good sense. IMO.

Note that all the issue reporting templates recommend doing that not just for stability issues or long loading times, but for any problem you report. And the poll on the official feedback posts for all updates the second question (which is not gated on any issue reporting) is something to the effect of “did your remember to clear your community folder?”

It’s pretty easy to get the very strong impression that this is what you’re meant to do. If Asobo does not in fact recommend this because it doesn’t properly update the simulator state when you do it, then they should maybe change their communications.

So, no reason to touch the Community folder until you see an issue, which makes perfectly good sense. IMO.

Exactly this is the case with regular updates.
For SU5 this was a bit different since there we knew that many addons broke with the update and removing them precautiously (and adding them back once an update is installed) was a good thing to do.

In general, leaving the Community folder unless you face any(!) issue (not just stability or loading times) - in that case removing all addons that might cause issues would be correct.

Unfortunately these official hints forget that people install stuff from Marketplace which might as well break the sim as it has been proven by the FBW A320NX Mod which MS even saw a tweet (yesterday) to be necessary: 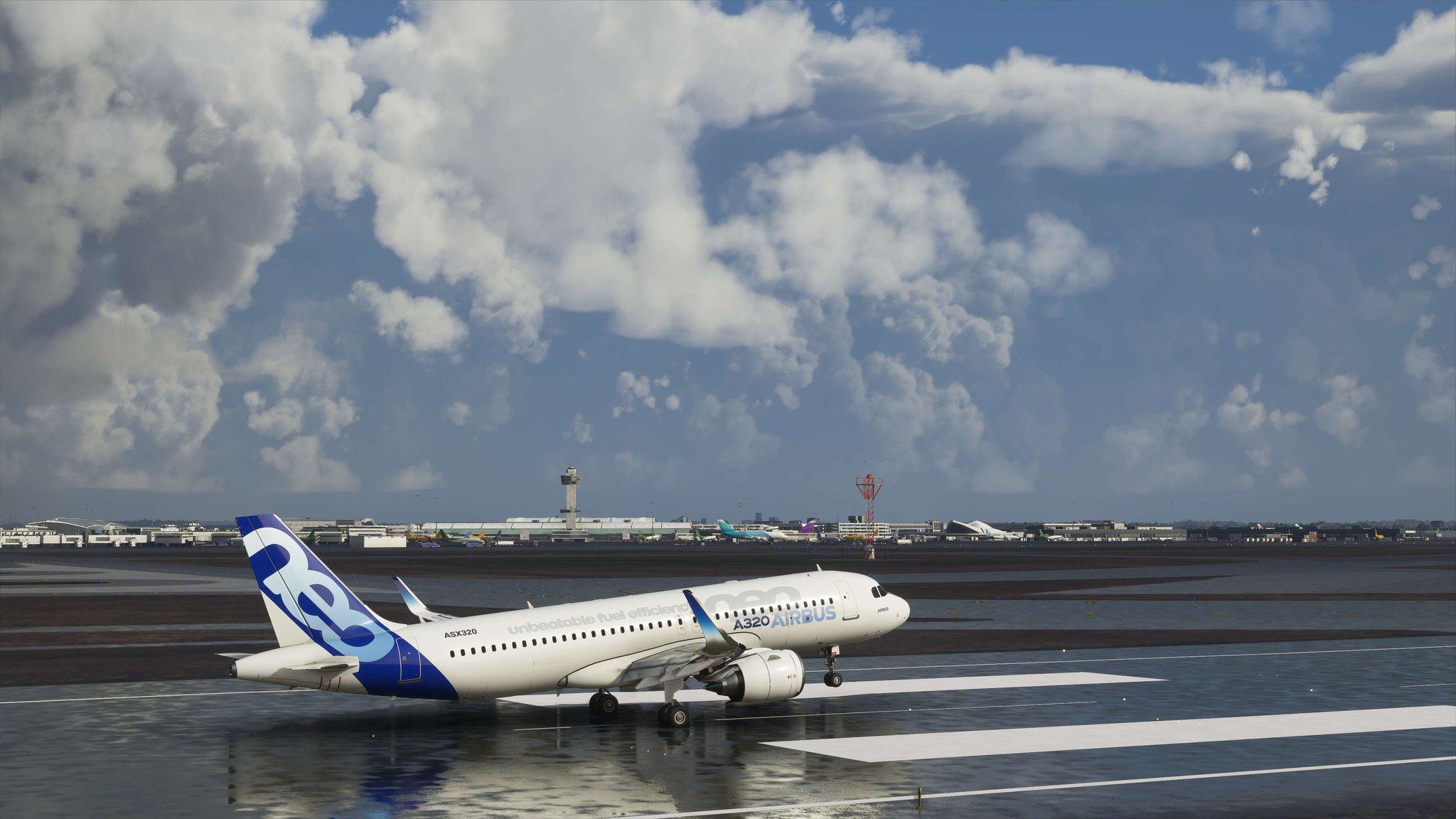 PC Users: While investigating crash reports, we’ve identified some issues in the FBW A32NX package Version 0.6.1, 0.6.2, and Development Versions downloaded before August 6, 2021. Click here to learn how to update your FBW version: https://t.co/WLVDiqlOfZ

So the advice should be to remove any 3rd party addons/mods (Community folder or Marketplace) if you face any issue after an update and if the issue is resolved, try to find out which addon caused the issue by installing them one-by-one or waiting for updates.

Sorry for off topic.
As for the OP issue, it’s pretty safe the wrong deletion of Navigraph. It has been the case every single time someone reported this kind of issue (lost ATC frequencies, navaids etc.).

What should be happening is Dev’s and 3rd parties get a proper beta and can test and update their Add-ons so we dont have weeks or even months of broken Add-ons. Carendo anyone?? 2 Plane’s now not working not their fault so that’s now around £50 collecting dust again!!!

What should be happening is Dev’s and 3rd parties get a proper beta and can test and update their Add-ons so we dont have weeks or even months of broken Add-ons.

That’s not what this discussion is about.
There will always be mods/addons that will not be fixed before an update is rolled out which is why knowing what to do if you have issues is important.

I’m working with others on a community mod and we never guarantee to release anything right at the time of an update (availability of the people working on it is not 24/7 and might need a week or two) and our mod actually broke the aircraft.
So removing our mod was definitely the right way to deal with it, without blaming asobo or anyone else. I knew it would break since I was in the beta and still due to communication and work required we did not release it immediately.

I am not asking for a day 1 fix, although if there was a beta it is possible or quicker. So its ok for Payware to be broken for weeks? Freeware there is no complaint! its free. I cant have a payware mod without first giving money, but its ok for me to not have what I have paid for, every update, for weeks on end in some cases and often due to slow market place updates?

It does not need excusing, it needs resolving! And on topic, ASOBO have not explained this TIMECLI TIMEAPP to anybody, that i know of… and ASOBO broke the sim, do we really need to dig up all the posts from all the devs saying so?

It is getting annoying

So its ok for Payware to be broken for weeks? Freeware there is no complaint!

This doesn’t matter for the discussed topic, that is to clear Community folder if you face any issues.
I’m out, since I’m not interested in the fundamental things you bring up in many threads that are far off topic

Just wanted to say that deleting the Community folder for each update isn’t necessary as long as you don’t have any issue (as pointed out by @hendis55 ) but you don’t seem to be interested in this correction of your post.
Good day.

Thank you all, for all the information and solutions. I found the solution in uninstalling Navigraph and it worked. All navigation in MSFS came back. Now I have reinstalled Navigraph and it also works as before world update 5. Many thanks to HalberQuackey

I don’t think you have to delete anything, just move it out of the community folder. I created a folder called holding folder and before each update I just select all and move to the holding folder. Do the update and then start putting stuff back in as needed. Works every time.

just move it out of the community folder

That’s exactly what caused OPs issue. Don’t suggest that with Navigraph since it will cause that exact problem.

The key here is if you actually install something it will makes changes to the registry in such a way that deleting a file is simply not enough and uninstalling it has to be through an uninstaller or through the apps menu. However if you have simply placed or extracted a file into the community folder then any system changes will be handled by MSFS and they won’t even appear in apps, these can simply be deleted or moved to a differently named file and can be moved back at any time.

However if you have simply placed or extracted a file into the community folder then any system changes will be handled by MSFS and they won’t even appear in apps, these can simply be deleted or moved to a differently named file and can be moved back at any time.

There are still persistent changes in a directory that is managed by the sim. Any addon can write states, for saving config or the state of the aircraft, or license information.
If you don’t clean that up (I think even the installer doesn’t if you uninstall), then it’s not “clean” if you do a fresh install of the addon (either using installer or moving folders into Community).

Not saying that’s the reason for their issues, just saying the windows registry isn’t the only place with persistent data.

Sure however I would trust Asobo to look after their own disposals but certainly not 3rd party installs, that’s just asking too much.

There is a link in the content.xml file that tells MSFS where its nav data is located.

In the case of Navigraph (specifically), it does not use the registry, but when you install their MSFS nav data using their data manager, it changes the link in content.xml to point to the Navigraph folder in Community.

If you subsequently simply remove Navigraph from the Community folder, the link in content.xml now points at nothing - which is why the sim will load with no nav data at all.

If you uninstall Navigraph using the data manager program, it will remove the Navigraph folder from Community and reset the link in content.xml back to the MSFS default nav data.

Probably a good rule of thumb would be: if you installed an add-on by simply dropping a folder into community, it would probably be perfectly save to simply move or delete that folder later. This would apply to most of the freeware airports at flightsim.to, the WT mods, etc.

On the other hand, if you installed an add-on into Community using a dedicated installer, it is probably best to remove them using the corresponding uninstaller. This would apply to many payware airports or aircraft.

Totally agree, just wanted to hint that in case of some addons/mods removing and later adding it from/to the Community folder not necessarily results in an entirely “clean” version of it.

State saving is a feature and especially aircraft addons use it quite regularly (even if it’s just the hobbs meter).

Anyway, for Navigraph that’s a different story as you described and the rule to use the installer/uninstaller if there is one is the best way to not run into issues.