I am running an RTX 3090 with an I9 9900K and getting 25 fps or below even on the lowest settings, I have reinstalled the sim completely and tried each setting level, In Dev Mode, it says ‘Limited by Main Thread’ what does this mean? I only really started to notice these issues after the latest World Update. What gives?

What is your rendering scaling set to? Try 80. Also, take a look at this video.
Microsoft Flight Simulator - RTX 3080 - Getting The Best Graphics And Performance - YouTube

It was set to 100, now set at 80. I have also toned down the ai traffic settings which have helped a small bit, now sat at around 30-35 fps, still seems a bit ridiculous imo

Any chance you can post a screenshot of your settings in here? I don’t see how I’m getting half the performance, it’s like I’m being limited by the sim for some reason, my CPU & GPU usage is barely scraping 50%, it makes no sense to me why I would be being capped at 25/30 fps through every flight

Post it when I get back to my pc. 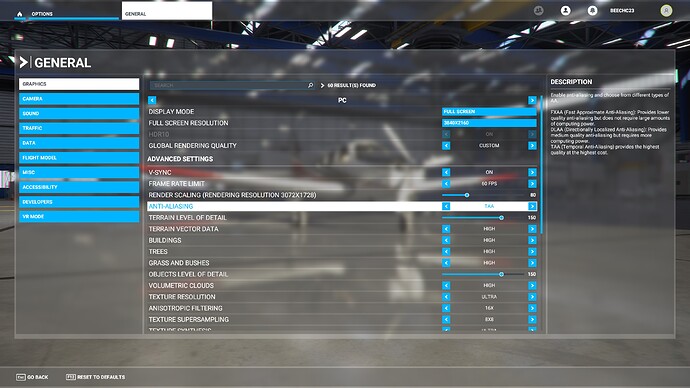 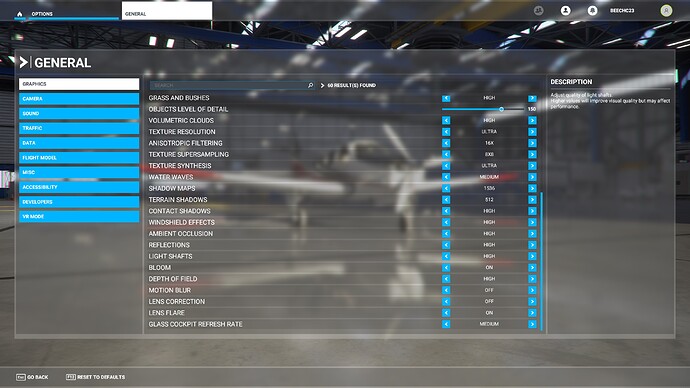 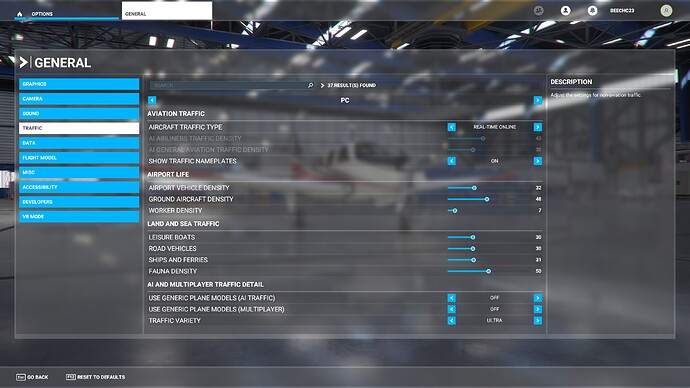 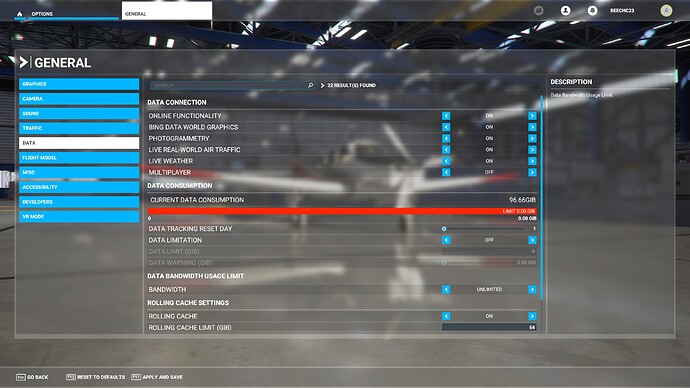 This sim is almost 100% streamed data.

Before agonizing over your next hardware upgrade do these 2 things.

Yes, even offline there is a fair amount of optimization that still needs to be done and performance isn’t always stellar but this should at least help define which parts of your “poor performance” experience are in fact related to server load/streaming.

Yep, mines dropped off a cliff since the update. It’s not the highest-end of systems, but has always been able to fly comfortably in ‘high end’ rendering (and sometimes in Ultra for shorter flights). But since the update, even the menus are slow and unresponsive and panning around the cockpit is impossible.

You can try my AntiLag Tool.

It’s in alpha state, but tested and confirmed it helped to get rid of stutters on systems with:

Every PC is different, give it a try and let me know.

AntiLag makes your system run as smooth as possible with lower input latency and a higher frame rate.

I find it incredibly hard to believe that an I9 9900K is not capable of running this game? I have no issues with any other games, just this one, so how do i fix this?

It is, I’m using various systems, one of them a 6600K and that runs perfectly fine. There is also a windows hotfix KB5001391 that resolves stuttering issues caused by two previous windows updates. Can you double check whether or not you’ve got it installed?

In case you need to manually install it: Microsoft Update Catalog

Did you give AntiLag a try?

One thing I just tried that seems to have solved the issue - turning off my overclock setting in MSI Afterburner (after some further experimentation, it seemed this problem was affecting other games as well) and using the default. It never even occurred to me to try this, as I have been using Afterburner, and the same settings, for months!

Try ultra setting, everything to the max and turn up render scaling to give the 3090 something to do.
Turn both the terrain level of detail and objects level of detail down to 100. Turn down AI traffic too. These are CPU heavy settings.

You want to be GPU bottlenecked as much as possible. The 3080/3090 need the fastest CPU’s in this game (singlethreaded speed, not more cores.).

Then watch the performance tab in task manager. Your GPU should run at (or near) 100%, if it doesn’t your CPU is still too slow. You will probably never reach 100% GPU usage with this CPU.

It often is. If I am limited by the GPU I get about 35 FPS @ 4K.
Most of the time I get less and limited by the main thread. The 2080 not 4K capable how do you mean? The 1080 Ti was called 4K capable when it came out and nothing better existed

I depends on what FPS you are willing to put up with.

Most games run at more than 60 FPS for me.

I play in VR and got hammered for performance after the hotfix. I found my solution by changing to using steam openxr. Windows openxr has trouble on my machine. Anyway, my performance came right back after the switch. If you have the opportunity to use steam to render the game then give it a try.