I know this is discussed allready multiple times. But, i was flying around in france with live weather on and there was alot of fog in the area. And it was not just clouds on the ground but actual large ‘banks’ of mist/fog and overall low visibility.

There’s no way to replicate this with the clouds and aerosol settings. Anyone got anywhere close?
It confuses me because Asobo is refusing to make any form of slider or setting to manipulate the visibility beaucse apperently fog is just low level clouds. And in the real world there’s no such thing as a slider for visibility (duh…)

Would be nice to be able to change the density of the clouds then. instead of only altitude, scatter and amount.

Anyway, here’s a pic and i’m wonder if anyone is having luck recreating this weather type. 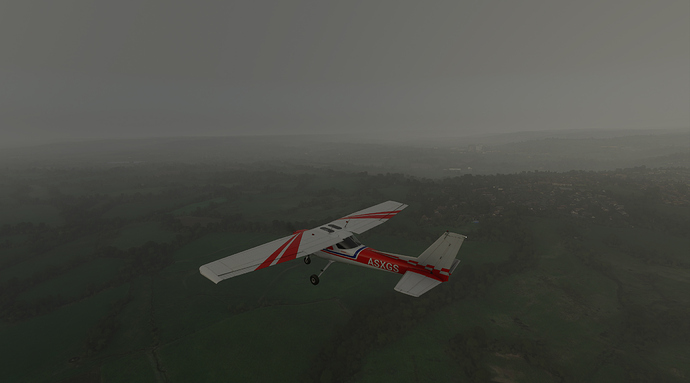 A post was merged into an existing topic: Ability to change Meteorological Visibility / RVR