Make ground crew move away from the aircraft

This would be a cool feature actually. A way to simulate clearing the prop! Easy upvote for me. Bring it on (or give us Battlefield 5 graphics of the ground crew getting minced to pieces for walking through our spinning prop)

How about moving away when turning on the beacon?

That would be even better. Funny how one gets used to having to wish for a button rather than smarter AI.

I logged a Zendesk feature request a few days ago asking that ground crew get out of your way before you run them over. (Ticket 67979, if anyone cares to reference it in their Zendesk tickets.) Ideally, the sim should be smart enough to recognize when you’re carefully approaching someone who’s marshalling you in versus recklessly running them over.

the sim should be smart enough to

That would be nice, but I’m still hoping they get the ground traffic off of the runways and taxiways.

I’ll vote on it … and I think there should be some hope of this getting a lot better some day.

Asobo already have the Object Boundaries in place, it just a question now maybe of programming more rules to keep objects from getting to close to each other,

Stopping this from happening will be a welcome update, but will lower the “Airport Entertainment”

I’m not so much fussed about having a button. I’d rather they simply stood further back to start with. 9 times out of 10 I can’t simply taxi away for no other reason than the ground crew are in the way.

I’d be happy if they stood at a distance and only came closer when required. Either way, you have my vote.

No need for another Key or Button !!

Turning on your Aircraft Beacon should be trigger for them to move away (and not later come back close to you, like they do, when they aimlessly wander around the plane)

It’s just a little gripe, but I fly the baron…I cannot get rid of the darned small pushback guy due to the premium nature of the aircraft and I would LOVE a way to tell him that I’m pulling forward and to just get him to MOVE…

maybe have the pushback carts start in a location off the ramp and only come forth when called for? the ATC engine is used to tell them what to do, so it would be good for them to know that a taxiway is being used by an aircraft in the opposite direction so they avoid the crash into them…but it just annoys me to drive through AI all the time.

I don’t know what unspeakable horrors these poor souls have had to endure, but they seem hellbent on ending their miserable existence at every turn. There’s nothing they seem to want to do more than throw themselves into ours propellers.

We can try to avoid them, but they just seem determined to go out splattered all over the apron and the front of our planes, no matter what we do.

If Asobo modeled eyes for the ground crew, maybe their safety record would improve… 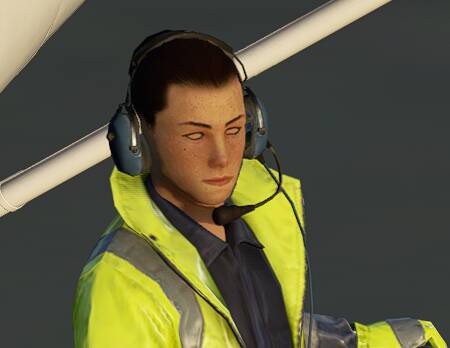 It would be really CREEPY if they did have eyes, and their eyes followed the plane’s movement !!!

At least their HEAD could move a little in the direction of nearly aircraft … It seems like they are always Playing “CHICKEN” with moving aircraft – and they are not very good at it !!!

Seriously, for a GAME Developer, where its all about Figures interacting with each other and the Environment, you would have thought that this aspect of the sim, would have been a HOME RUN for Asobo for pull off … but apparently not

Well, I guess they do INTERACT with each other at times !!! 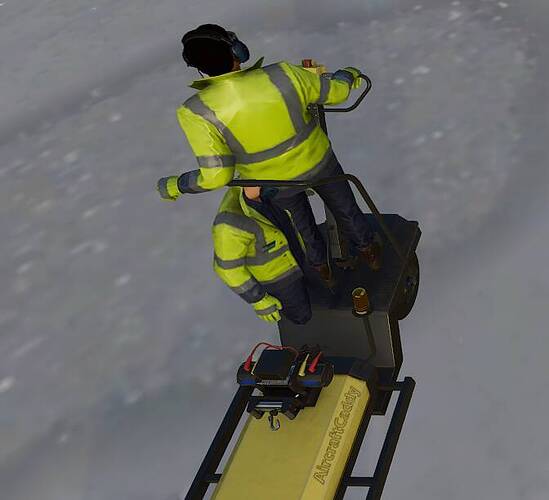 I hate to ask

MODERATOR EDIT: The following 3 posts were merged into this topic.

He is still waving me in…

YBTL Townsville, Australia (I have only the time changed to see the scenery in daylight.) 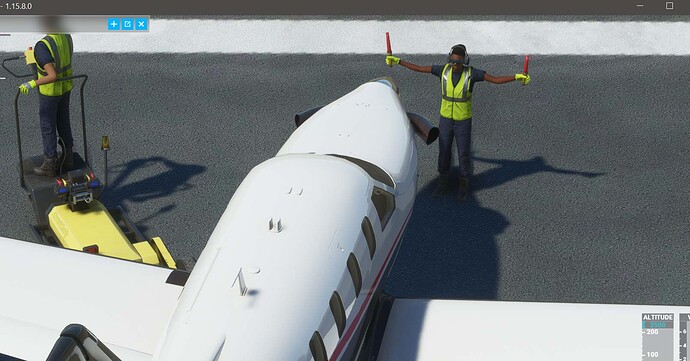 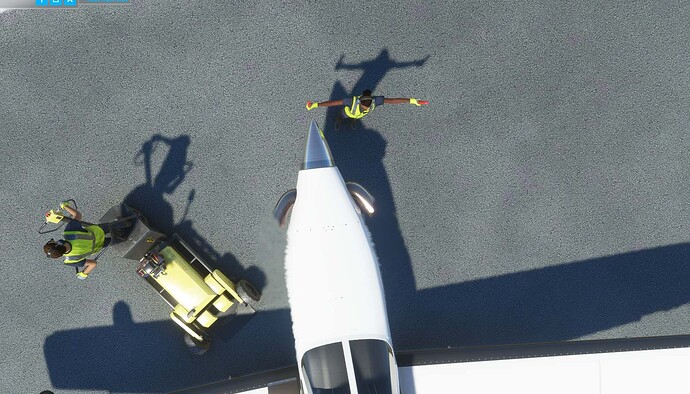 Unfortunately happens to too many of our service ground crew.
May they rest in the big airport in the sky.

Yea, here’s some more silliness of the path ground control gave me, plus the crew standing on the wrong side of the box.
They like to live dangerously!!
Regards