I think MSFS as a package needs to be marketed and sold as a BETA. So that people who buy into it know exactly that it’s not in a final or finished state and that it’s subject to change, quite drastically in some cases like with the weather.

MSFS Where are the clouds? What is this ridiculous layer of visibility? 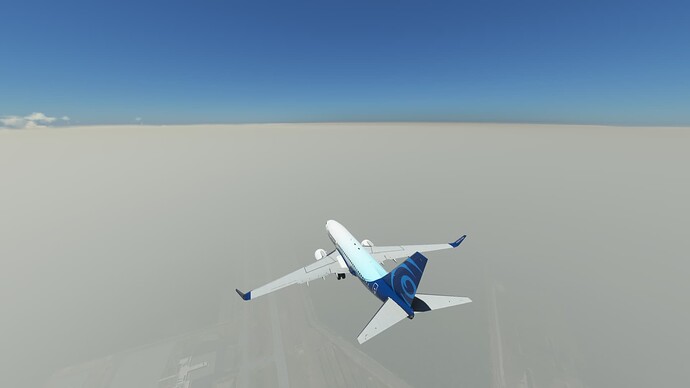 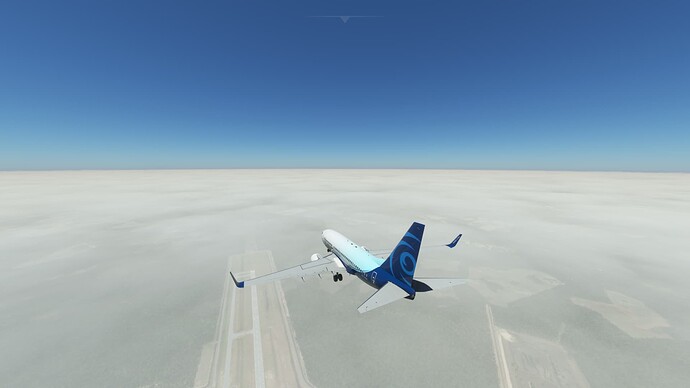 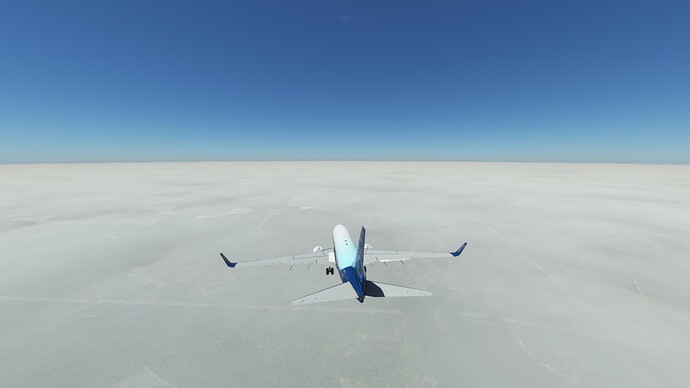 Last one from me today: 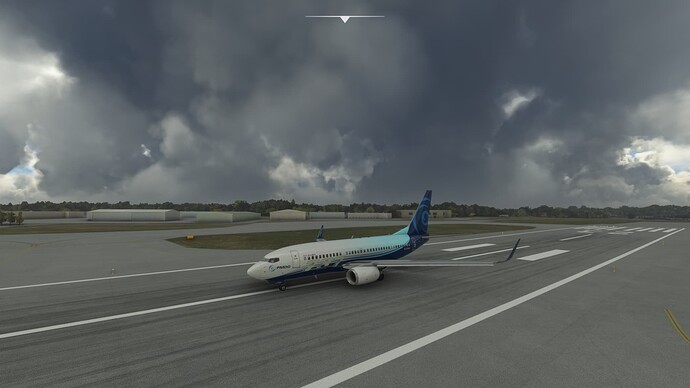 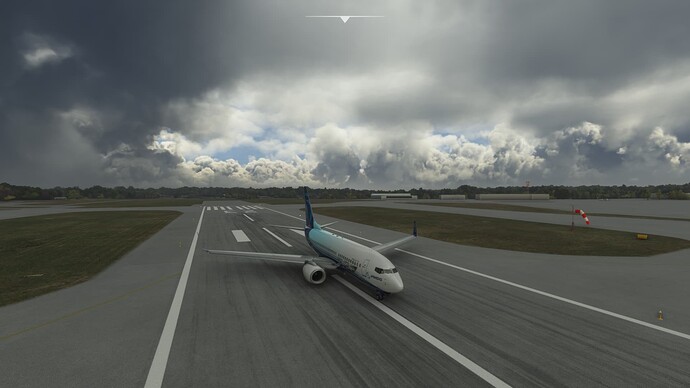 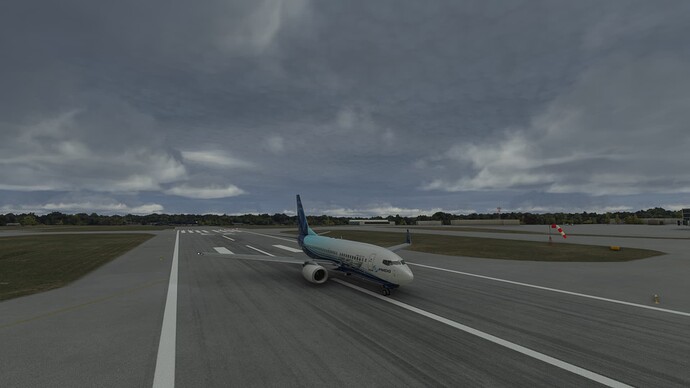 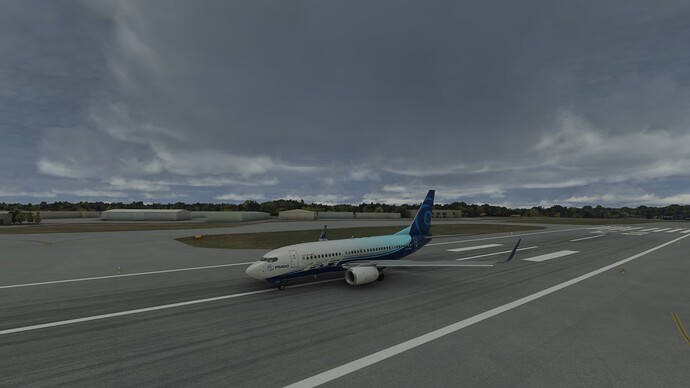 Weather needs a lot of work to get it back to its former glory, and I personally don’t think we ever will.

Why even change the system when we had the option to use REX pre su7? I want a good answere to this. Now we have no option to have it like before the new system.

watching videos and streams of the beautiful FENIX A320

What an exciting time this could have been: I was watching parallel streams of the FENIX A320 immediately after the NDA has been lifted.
Although flying on different continents, all of them were encountering the same random convective cloudscapes around them. Luckily they were not much affected by the looming TCU’s.
Seems to be a great airplane, but what a shame it has to be shown in such a cartoony environment!
I saw some streamers reverting to presets - with the consequence of them struggling with overdone gusts that are missing completely in Some Weather ™ (formerly known as Live Weather, now nuked).
I’m entitled to the free 737 NGXu-update and greatly impressed by the FENIX, but I won’t get both in the current state of the sim because I find it that appalling.
I’m hoping for SU10 (although with great scepticism), if that doesn’t pan out will give REX a try, and otherwise probably shelve this sim that started promising but imho has nothing but regressed since SU5.

The worst of all: it didn’t even improve accuracy, so they killed it basically for nothing!

On a sidenote: all those aaaahs and ooohs from Youtubers and Twitchers while looking at this imposition for their audience are pathetic imho, especially because those with a certain reach in the community could well make a difference when it comes to putting pressure on the development process and thus improve the sim simply by calling a spade a spade.
But that’s probably a pious wish when gaming business meets subscription business.

You will probably have noticed how mum Jorg Neumann has become regarding the weather when before SU7 he promised to “blow us away” by the end of this year? Now it’s “further improvement” of something that most of us participating in this thread feel in dire need of a complete revamp (or a simple reset?).
So I doubt they’ll have much to show at this time.

I use the pmdg 737 and it doesn’t fit in this new type of weather they use. Pre su 7 i could just stop and look at the weather sometimes as i can do IRL sometimes when i see a rare sky. Now it looks the same all the time. Pre su 4 i could feel the changes in speed of the airflow while landing. To me weather is much a visual thing. Air is the invincible thing about weather and also needs to behave correct. Without gusts the air doesn’t behave correctly either as it is now without. It’s constant like a road with some bumps in it that makes the cars move up&down.

It might be easier to say it’s more accurate if you’re only comparing it to metar reports, because I think that’s its primary source.

Yes it only uses METAR as its source for the cloud data and as you say injects it as a global theme. That’s exactly the reason why I’ve never used it since buying it at release.

The point I was making is that even though it’s limited in this way, it now gives a more overall accurate depiction of local weather conditions than the MSFS live weather is able to achieve and an overall more realistic and believable cloudscape when they are both pulling in the same METAR data. Of course it’s still limited by the points you mention. My comparisons were more trying to highlight how clearly bugged the weather and cloud layers are in MSFS live weather.

I don’t see how that can be at all accurate though. The whole sky as far as the eye can see shows the same weather. No fronts, no patches, just the nearest metar everywhere.

In terms of cloud types and cloud depiction, is what I mean. MSFS live weather often has these mishmash of cumulus clouds either crammed together to try and create a more solid coverage or they end up broken apart. We often see this change happen in front of us, which gets reported as these nasty transitions where the cloudscape switches, even at high altitude which shouldn’t be disrupted by METAR. REX seems to handle the cloud types and coverage a lot better, but as you say it applies it globally.

MSFS certainly handles the dynamic and actual cloud location better as it pulls in more data for this. But often I am seeing its missing the mark with the cloud types/density etc.

I am in total agreement with this.

They should have split PC and XBOX into two completely different SKU’s. Give Xbox users inaccurate weather coz if you sim on a XBOX, you don’t care about accuracy - I’m sorry,. anyone that says any different is in denial.

While i agree the two should be split, i cant see how you equate a system with accuracy, they are both just computers and x-box users accepted the lower choices of add-ons and flexibility when they bought into it.

PC snobbery at its best.

But often I am seeing its missing the mark with the cloud types/density etc.

Still, having the same weather every where in the world until everything suddenly changes again, even if the cloud type does look more realistic, just can’t be more accurate imho.

Might look better in a single screenshot, but not on a flight of more than 5 minutes.

Yeah that I agree with. REX I think would be useful if you’re doing circuits at one airport, but even then you’re going to see visually stark changes between METAR changes.

Hopefully with MSFS we’ll see some more refinement and improvement with SU10.

what a pity!, Months after leaving to see if weather was finally fixed to discover nothing has really changed

Just set a plane in the air, over Spain, live weather: only popcorn puffy odd clouds mixed with giant cumulous extremely close to the ground. Any kind of detail in the live weather clouds is completely gone since this METAR approach was implemented. The sim is VERY capable of depicting really realistic and nice cloud formatios, but only using custom layers. Live weather only has extremely low density clouds, puffy popcorn semi transparent cumulous and/or extremely big cumulous near the ground.

PLEASE!, fix all this Asobo!

Maybe they can implement a slider in the settings for cloud layers. This would be similar to the settings ActiveSky has for P3d. This way everyone can set the cloud layers to how ever many they want based on their setup vs everyone being stuck with the same 1-2 layers now

I added this to the wishlist items

Why did they need to completely change the system to implement METAR? They could just have used some simple presets around the airports to match METAR and block Meteoblue to appear there. Then they could have made that optional like REX is optional to buy and use. That addon creates better METAR weather than Live-weather and that addon using only presets/custom-weather. To me METAR-weather was the worst thing that could ever happen to MSFS.

Was flying to EDDH today, got one of the most amazing cold front representation since Meteoblue-only approach. You can even see rain in the distance. TREND forecast in METAR was reporting “TEMPO RA.”
What a wonderful feeling. 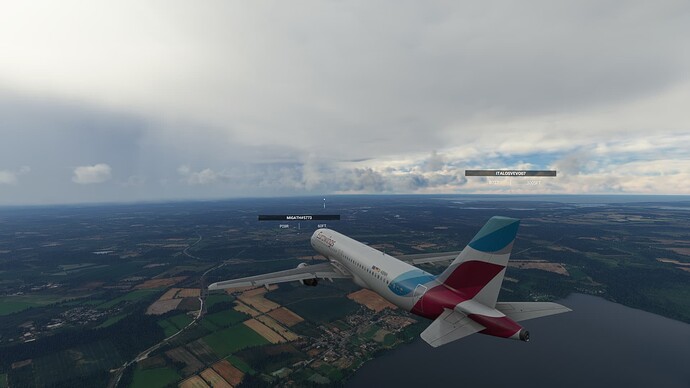 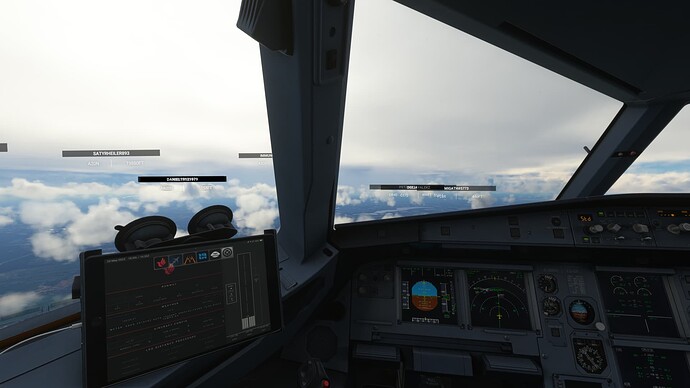 Then it shifted, upper level clouds changed to cumuliforrms and I experienced horrible wind shifts while on approach and final. 3x times the winds changed and absolutely rocked the plane, making it miss the glidepath.
Why oh why.

1st screenshot is impressive (remember me what we had prior SU7) and it confirms what FS2020 is capable of. That is why it is so frustrating to see 90% of the time generic cloud types with 1 layer. Hope SU10 will fix that.