To me an overhaul is much more needed now after the overhaul.

And to back up what others have said and speaking as a weather geek, the clouds are worse now than when I started playing in October 2020

The whole package is worse than it was at release.

I make no apology in admitting I am absolutely addicted to flight simming. It is my main hobby and spend pretty much my entire time doing it when not working. So I have spent hours and hours everyday with this sim since release.

It is without doubt worse than when it released in most aspects. The weather is not a patch on what it was, the clouds have been downgraded in quality so much, and the scenery draw distance is a shadow of its former self. The lighting is so dead and flat compared to how it used to be.

It is a such a painful experience using the sim now, and knowing how much pleasure it used to bring, every single flight you were just taken aback with amazement at the sense of immersion and how great it looked. Now, I honestly spend most flights thinking how ugly it looks compared to previous builds. There are also so many bugs, it is just incredibly frustrating. For sure, it is has had the most disappointing development of any game I have ever seen.

It really galls me, because I used to adore this sim so much, and now it simply disappoints me.

To be honest, I’m now kinda regretting I wanted to have the METAR in the sim, lol.

I wanted to have proper visibilities and cloud bases and instead got this mess.

To be honest, I’m now kinda regretting I wanted to have the METAR in the sim,

Thats the problem - we don’t need METAR in the sim, we need METAR from the sim instead.

Model the weather then take the METAR from the model not real life.

It’s 1. immersion breaking 2. not a fun experience in flight.

Also yesterday when i was parked in EDDN it was raining, suddenly clear weather, metar changed instantly again to rain.
I almost ALT F4’d as it felt like someone was playing a prank on me.

Well the problem is that Meteoblue isn’t particulary good at forecasting low IFR weather, this has been discussed many many times.

At some places it can be very precise, modelling shallow fog or a major stratus layer with low visibilities.
Some places get fogs very often at autumn and winter and I haven’t experienced any in the sim.
Other thing is that Meteoblue can at least forecast the cloud layers, but it can’t forecast the actual visibility.
It doesn’t know if it will be 1000 or 100 metres.
That’s what METAR’s good for. But it seems that it ends there.

By the way - that’s why I think that being able to choose between Meteoblue and METAR weather implementation is key.
If I know there will be low IFR weather, I’ll switch to METAR.
If I know I’ll be flying through weather systems and want the weather to be more “believable” I’ll switch to Meteoblue.

Are we actually expecting too much from a sim - is weather modelling even actually possible with a sim??

Or how about this - use METAR data only from many airports and then average the results en-route to build the overall weather??

Are we actually expecting too much from a sim

That’s very possible. Or maybe I’m expecting too much haha.

That would look even worse that it is now. Some METARs are sent once an hour, not every 30 minutes.
Not all METARs report all of the weather. Some report cloud layers above 5000 feet only if it’s TCu (towering cumulus) or Cb (Cumulonimbus).

Then i really have no idea, maybe its best to drop real weather completely and focus on building a fully controllable AI system instead ?

I know low visibility is hard to predict. But it’s even more hard to get it correct in the sim when we were missing 12 hours of data. Only 12 hours of data were correct. With different timezones some never had Meteoblue correct and some always had it correct.

When both of those data issues were fixed they announced the visuall overhaul we have now.

I like the idea of generate in sim METARS. But the thing is we should already had that thing with ATIS. But that have not told correct things. How should they manage a generated METAR system if they can’t get ATIS correct?

Are we actually expecting too much from a sim

I think we all could see much potential in the system at release. And we was amazed how good the weather were back then. And the thing we could complain about were the accuracy. Now when the accuracy is a bit better we start to complain about things that is caused from that improved accuracy. We wanted the weather to be the same but more accurate. Yes, we expected too much at release. Now we expecting them to get it back how it was instead because now we know 100% accurate is not always better.

If we want a 100% accurate weather report it’s easy to observe the weather in the sim even easier than IRL. And that observation is always accurate. Thats how it work IRL.

I wish they included an online ATC integrated in the sim. Then had a simulated TOWER on all of the major airports that could see the airport and report own ATIS.

These upper wind shifts and change in pressure and temps are just ridiculous. How this has been going on for so long with no fix is just beyond me. Wake up Asobo. Stop implementing all your additional stuff like Topgun and just fix the core issues. It’s embarassing. 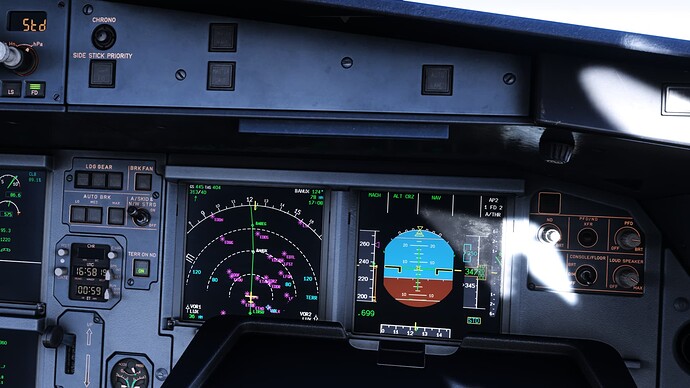 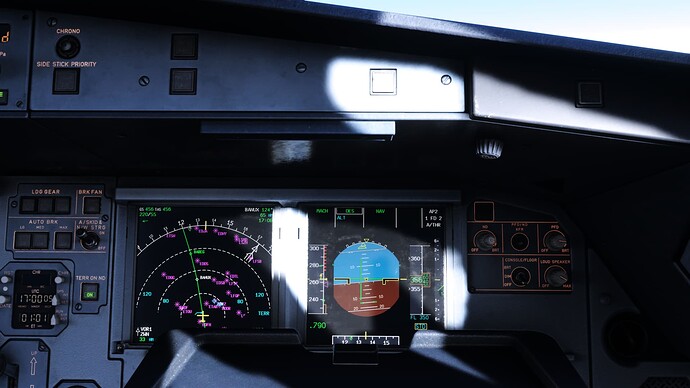 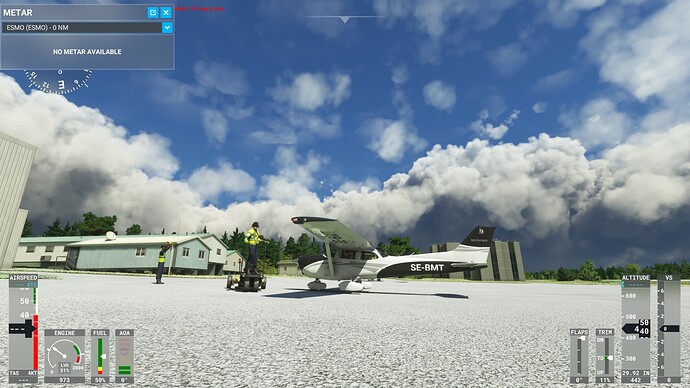 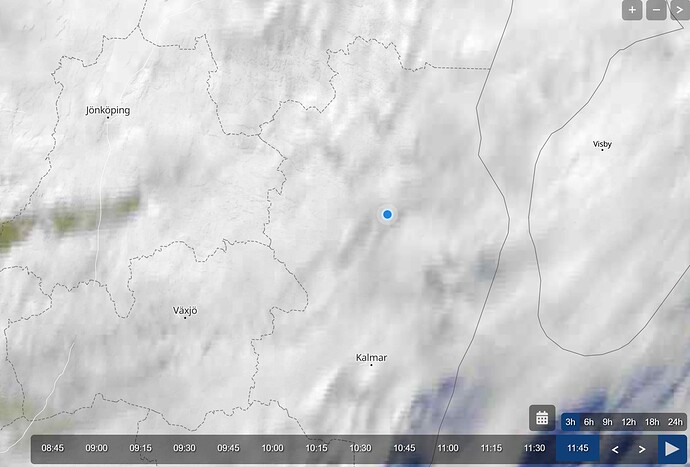 Another evidence that in its actual state METAR integration does not work and should not have been implemented without more testing. The ideal would have been to have an option like for DX12, activate it or not so that testers can report all those bugs and the ones that wanted to keep flying with a stable and realistic weather like in pre SU7 had that choice.
Also on you 1st screenshot, we can see that clouds outside of the METAR bubble that should come from Meteoblue are the uggly ones that we see everywhere, so even something is going wrong with Meteoblue clouds. They not only changed METAR integration but also the way Meteoblue clouds and weather system is rendered. Looks like they are building a new weather system from scratch, why not improving the original one that was giving very good results ?. Really hope SU10 will fix most of the issues reported many times and with many evidences in that Weather bug forum.

I hope that the SU10 Cloud Layer Improvements will really improve clouds depiction and will add more clouds diversity. Those clouds I am seeing over spain this afternoon do not look like for me to any existing cloud type IRL (I am in ultra for clouds settings). I agree transparency is important but please don’t forget also cloud shapes and bottom/top to render correctly all types of clouds. Clouds were looking as real clouds at release, why have they been broken over the sim updates and it takes so long to fix them ? 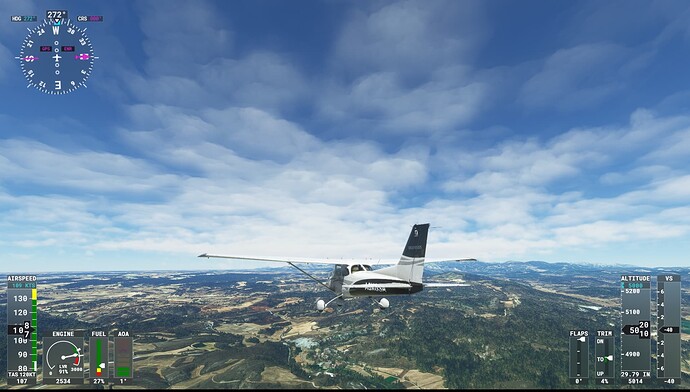 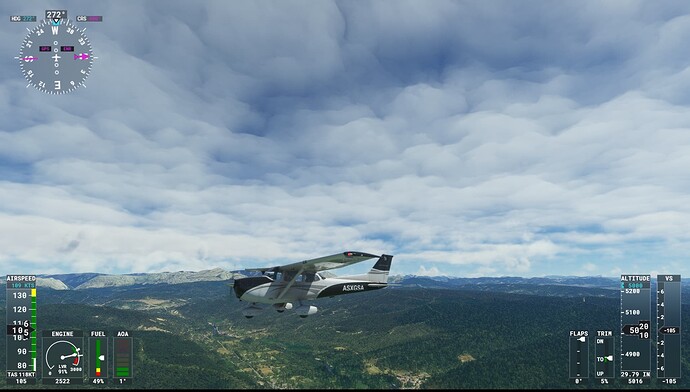 Yep I’m really hoping this too. Though I’m be nervous about it. Maybe it won’t be too long until the beta release.

The things i want with the new cloud layer/logic system is. 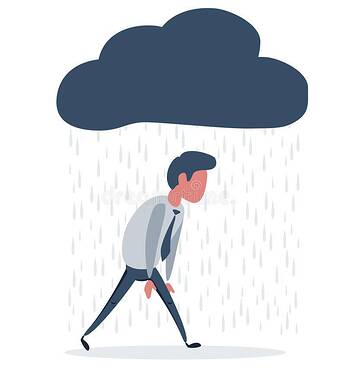 Much more density in clouds especially the lower clouds.

The layer will be much thinner at the sea level and thicker as we go to higher altitudes.

Yeah, that part i don’t understand actually. If they mean how high the layer can go then isn’t Meteoblue deciding how thick/ high the layer should be in the sim anymore? What decide the thickness? Asobo? Seems like it. A METAR has not thicknes stated, needs to come from Meteoblue. If they mean the density then it should be the opposite. Higher density at low altitudes.