The bug list is being whittled down… we have 5 devs working on this.

Lol I check this topic almost every day for updates. Along with the Discord.

The ATR is my favourite aircraft and this is my most anticipated aircraft for MSFS. I used to love flying the Flight 1 ATR back in FS2004.

Given the fact that most people download any mod without even checking, I think it makes a a lot of sense to sandbox code execution.

I think the point is you can just as easily sandbox C++ applications, too, no? And there are other, better, ways of running even WASM code is what other developers have told me. I don’t think people are complaining so much about the sandboxing as they are about the very poor implementation of WASM code that Asobo is using. It’s extremely frustrating to not be able to develop gauges because their implementation doesn’t work.

It’s extremely frustrating to not be able to develop gauges because their implementation doesn’t work.

That’s mostly because a lot of devs have legacy gauges written in C++ (where C++ is not the best fit for in the first place). For gauges and other 2D stuff HTML/JS actually make a lot of sense. As extra sandboxing ability they added WASM.

Sure you probably get C++ sandboxing to work, but you would have to write a completely new virtualization engine and compiler in order to get there. Choosing WASM from a development perspective makes a lot of sense.

Now, is the current implementation without its flaws? Of course not. There are a lot of improvements needed, but as a framework concept, there’s not much wrong with it, IMO

Well, that may be the case for some developers. However, a lot of the developers I have discussed this with are saying the WASM implementation is just plain not working, lots of bugs, and poorly implemented. Nothing to do with C++.

This, sadly, is the case. Badly implemented, barely supported and horrible to work with. Not a smart move. Rewriting code isn’t the issue. It’s trying to make it work within these…”restrictions”…

Is it though? We’ve already seen a developer snooping people’s Chrome passwords in P3D…

They did what they did because people were ripping them off and stealing their stuff. So whilst it’s totally not cool what they did, as a dev, I get it. Cause it happens to us. All the time. Minutes after a product goes on sale, it’s on the torrents. Very VERY frustrating.

Anyway, this isn’t relevant to the ATR, so I’d appreciate going back to that subject.

Anyway, this isn’t relevant to the ATR, so I’d appreciate going back to that subject.

It’s a bit off-topic but i had that issue today. I wanted to use a mod from flightsim.to but at the moment it wanted to create a security certificate on root level i noped out and deleted it. Maybe i’m just too paranoid but that was a no go for me.

Maybe share that in a separate thread as warning to others?

Well, it’s very popular with a high rating so nobody cares about it.

But I think lots of people buy aircrafts to simply own that type of aircraft, not, because they really need the system depth to enjoy.

The ATR 72 is an awesome classic plane, the last time I saw one it had intense loud impressive propellers way more loud than modern jets.
But I remember this aircraft looking slightly different - it had the gear and oleo strut coming out of a housing behind the engine, and not being mounted on the lower bottom of the plane.
(edit: Oops what I saw in real-life some years ago starting up right beneath the small coffee bar on the roof of my local airport was a Dash 8, not an ATR. That´s why the gear looked different…). 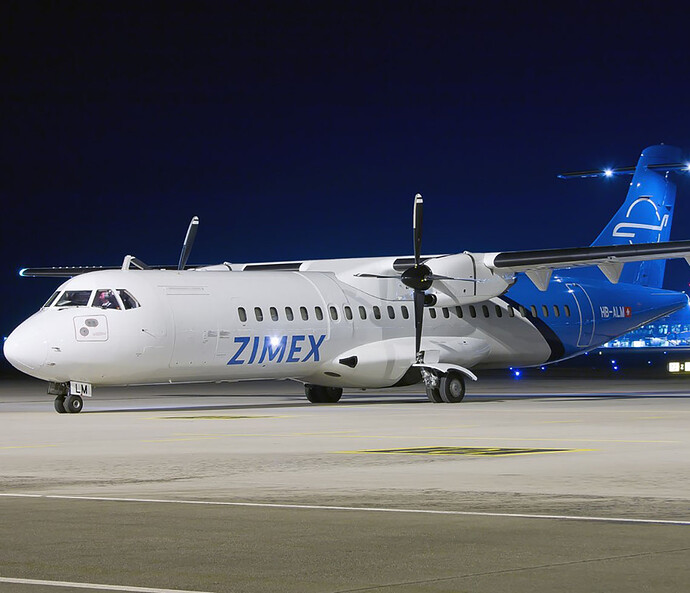 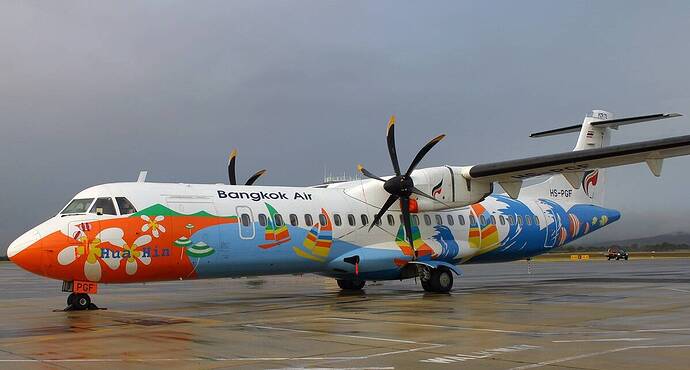 And yes please bring some new screenshots with some nice colourful exotic and tropic airlines. These are perfect escapism during the winter time.

Wish we had an ETA for the plane, really looking forward to it

this plane comes out this year or, it will be next ?