I can recommend the 5m DEM from Taburet.

Is this going to have that DRM app running in the background? I’m really keen on the ATR but have no interest in having background apps…

No. That has been eradicated even from the Porter.

A few more external teasers from some ‘hot and high’ flight testing out of YAYE today: 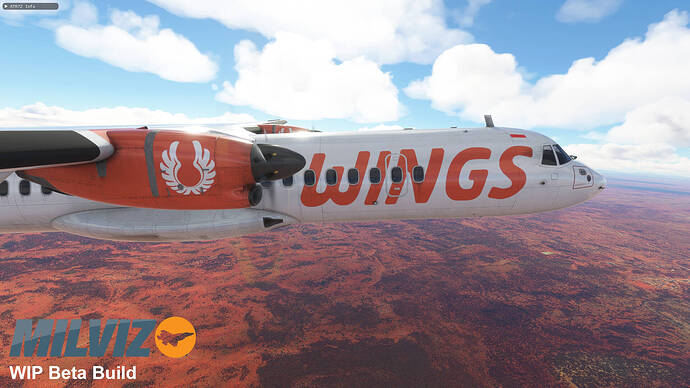 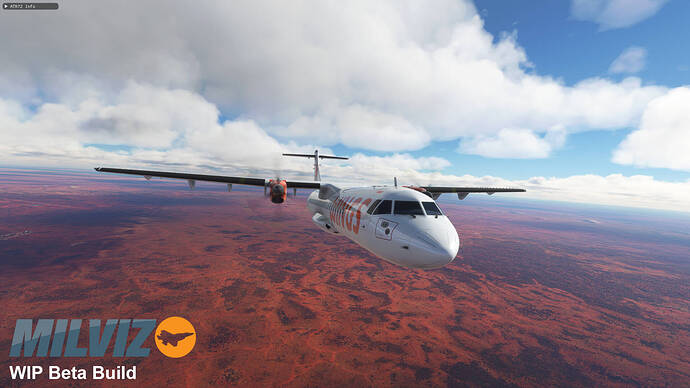 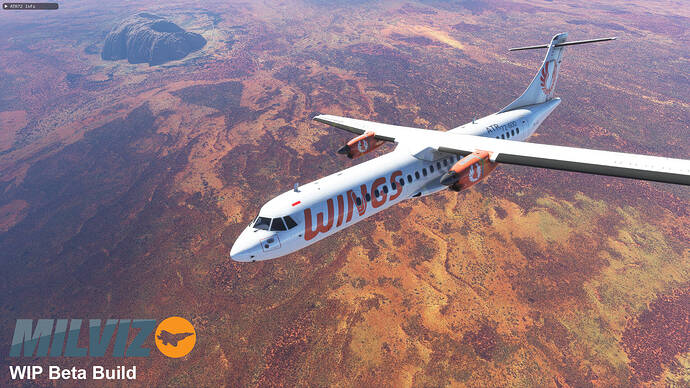 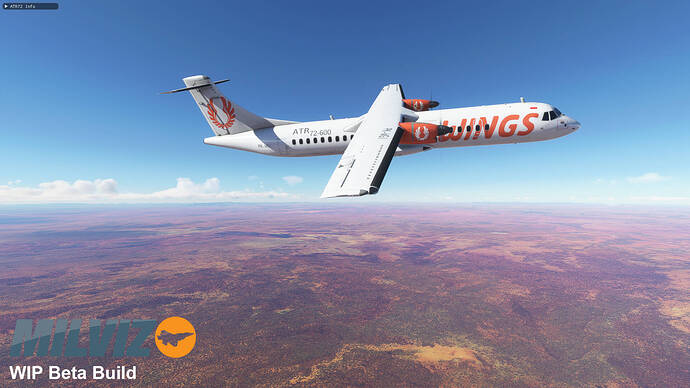 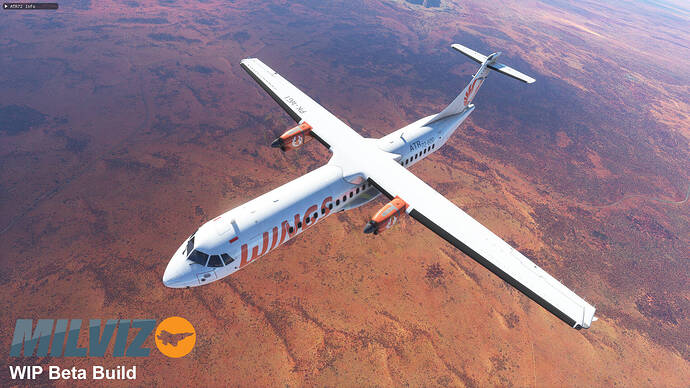 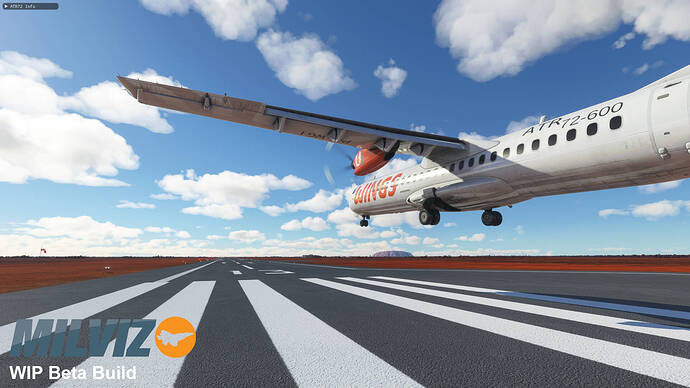 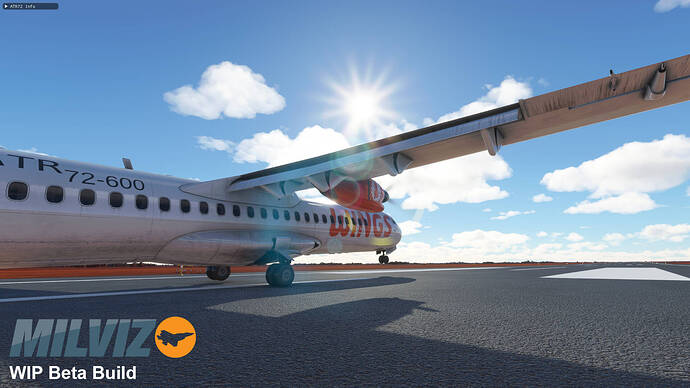 Wow, absolutely stunning! Really looking forward to this one!

There is just one word for this: amazing

When is the likely release year…

Do you have any plans to bringt out the smaller ATR 42-600 once the 72 is released? Would be great to have both

You are already in beta?

I assume a release before Asobo is planned, as a lot of people will buy a more advanced aircraft, when it is released, even if they don’t need the system depth.

We are in late alpha.

As we have no idea as to when Asobo is going to release… we’re just plowing ahead with ours.

To tell you the truth, I doubt Asobo’s version will come anywhere near MilViz in terms of systems/flight modeling. There hasn’t been a historical example of an aircraft they released that provides anything more than default level of simulation. So, for those who are like me in terms of preference for higher fidelity models, I don’t think it will even be an issue.

Can’t wait for the Milviz ATR.

Will the doors be able to opened?