I’ve been test flying this machine over the past few weeks and can confirm it is indeed as fun as it looks in the screenshots. Enjoy flying the Swiss Army Knife of the skies

Let's do the beta! The PT-6A equipped PC-6/B Turbo-Porter first flew on May 1st 1964, three years after the Turboméca first turbine powered prototype and four years after the original underpowered Lycoming flat six PC-6/340. During a production run... 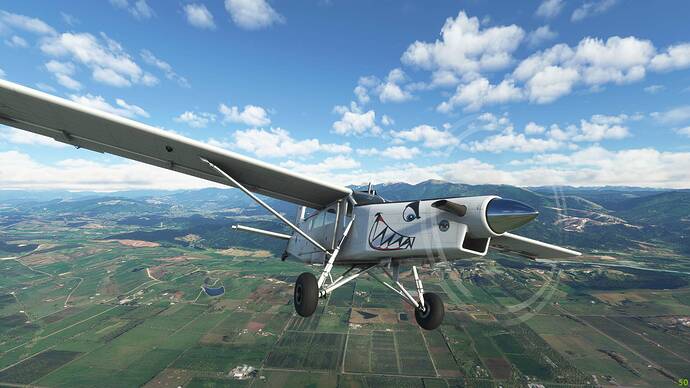 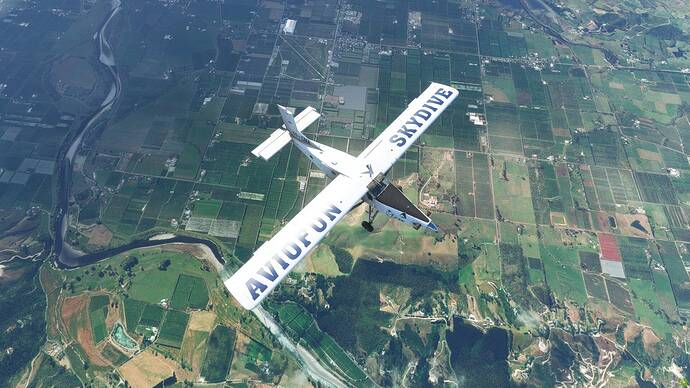 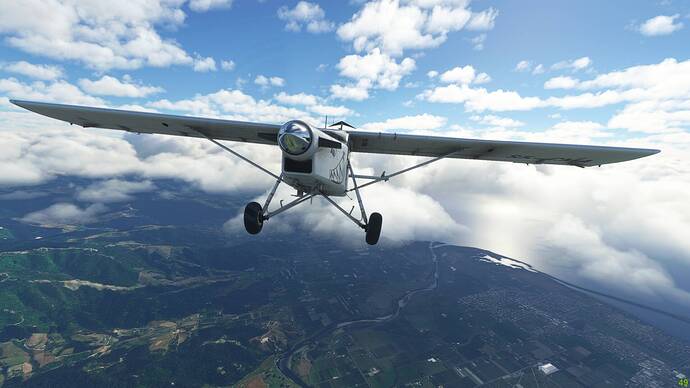 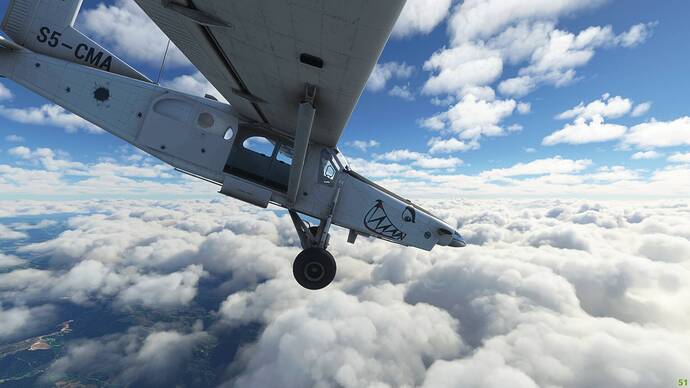 Just purchased this, however, I’m having trouble actually downloading it. For some reason the download keeps failing at around 45mb and I’ve already wasted 1 of my 10 downloads… Anyone else having issues?

Edit: Instead of trying to start a new download over and over I hit retry download(using firefox) and it seems to have fixed the issue for me.

I got a broken link from their website, but the link in the purchase confirmation email let me download it. (But yeah, I lost 1 of 10 to the failed download too.)

So, what is this then?

"This product has a DRM implementation that uses a window based service. This service must be running whilst using the product.

We do not collect any personal information, nor do we effect or affect the system in any way shape or form by the use of this service."

I’d rather not. Can anyone elaborate which kind of software that is? The second sentence can’t be quite right. The system will be affected.

Another aircraft with external application/service for DRM?
Soon we will have dozens of such applications running in background

Does this apply to all Milviz MSFS aircraft?

Oh my! I did not hesitate to buy this!

Love the view from the pit!

Don’t have much time to fly it tonight but I did take a quick flight and she floats beautifully!

Can’t wait to get some more time with it!

Thx for the heads up!

Yeah exactly my thinking. An activator every 2hrs (now 30 days) for the H145, an extra app for this and soon I will have to have like 10 programs running if I want to change between planes in a session. If it were one platform for multiple devs, then maybe. I’d still not like to introduce a potential security risk to my system that is running in the background doing whatever which it pleases.
I am sorry, but this goes too far.

We put the drm in play because, sadly, the Corsair showed up on the torrents two hours after release.

This service is small and does nothing but make sure your purchase is good. Just like MS does with the sim.

We’re not spying on you nor tracking you.

We just want to protect our investment.

For those concerned on this, we are releasing this to the marketplace soonish and it will have MS’ drm in place. (Which uses a similar method)…

I understand where you are coming from. But you gotta see our side as well. I trust you making great planes. I do not trust you making good background processes.
And I do not want 10 “security programs” from 10 devs on my PC. Also I bet this will still show up as illegal copy. But I as a customer get the short end of the stick.

I understand completely. The pirating is unreal with MSFS. I mean it’s always been bad, but it’s really bad right now and I’d feel compelled to do something similar if I was a developer.

Given the DRM I am without a doubt holding out for the other version. The fact released rushed in a half ready state in my view (I mean stage 2 is essentially launch, this is a public, payed beta) then the DRM, I am very anti-piracy, but DRM is expensive to use, it doesn’t actually do anything but delay issues and harm those who did pay for it. I really hope they reconsider the DRM on their site as forcing users to use the appalling Marketplace to avoid a potentially game effecting program, is just crazy. I may buy if DRM is removed but otherwise, it’s a easy pass. It’s making far to many issues for people to justify the cost. I mean DRM works by monitoring your system, I don’t want a random, unnamed DRM company having my info. Just because doesn’t go to MilVis doesn’t make it suddenly cool. Especially given another, really good PC-6 is on it’s way.

No 3rd party DRM on my computer.

Same here. Will wait for FSG PC-6. Not only because of DRM, but also default G1000, unsupported NXi and rivets baked into textures. Call me a rivet counter, but those flat rivet textures on the nose are really visible at all times from the cockpit view.

@Krazycolin, I bought it and flew it tonight and I’m really impressed! Can’t wait to see it come together more.

Reading the docs about incompatibility with G1000NXI, though, is a big red flag. The team building the G1000NXI is employed as contractors by Microsoft/Asobo, and it’s an “official” add-on and will eventually replace the in-sim G1000. And it’s a Marketplace item, so it’s not as easily disabled as a Community folder item, where you can use an addon manager. So hopefully you can get the PC-6 systems to play nice with the G1000NXI, because given its unique semi-official nature, it’s not as easily dismissed as some random tweak from Flightsim.to would be.

Having to create a new controller profile that disabled my spoiler axis was irritating too.

I hope you can eventually code the systems not to be as intolerant of other options (and standard axes!) being present.

Complaints aside, it’s a fun flier and looks great! I’m gonna buy the competition too; it’ll be interesting to do a fly-off.

If I’d hazard a guess the spoiler axis is disabled for the high drag dives and spoilers used to imitate the flight characteristics of the PC-6. PMDG has found a option to disable an axis on their side, without having to unbind it. Maybe MilViz will look into this. Still this really looks like a half baked attempt of cutting off FSG and then with that DRM… Reputation does not seem to matter anymore. All the monez

The NXI does work but there are certain aspects of it that don’t play nice with the systems onboard. WT is aware of these and we expect full compatibility when the NXI is folded into the sim.

Drm is, sadly, going to be a thing for devs. I wish it weren’t.

This product has been in development for well over a year now so, for those who say it’s a money grab… that’s one heck of a long term plan to have.

FYI, this isn’t beta. It’s stage 1 and all of the stuff in it works as it should. The stage 2 just means more stuff.

Don’t like ours? All fine. Want to diss us or the product. All fine. I’ve gotten really good at ignoring the trolls.

Don’t like ours? All fine. Want to diss us or the product

Noone is dissing you. But you put it out there in its current form. And with that DRM. So you will have to live with the feedback. Its not always peachy. Critizism is not dissing. Noone said this was a bad product. But there are some poor decisions made. 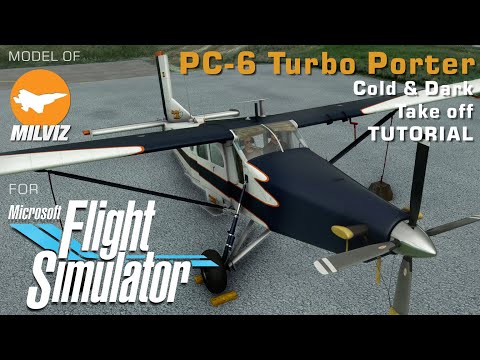