Hi all!
Please keep this topic to only reporting airports that are missing that you have submitted to zendesk.

one I noticed was missing; SPOL, Lima, Peru. Collique. My dad flew there when I was a kid.

OK lots of airports were missed on the original issue of the SIM and duly reported.
I have just finished checking out POIS on WU “Benelux” and the following Netherlands Airports are still missing and/or unfinished.
EHEH EHVK EHDP EHGR EHKD.
These are just the omissions I have come across.
Whats going on here ? Have MS been let down by an agent or is it another example of poor quality control ? Zendesk informed.

So what’s the play here? Is Asobo aware of these missing airports? Is there a plan to address them? Is it coming in a future update?

Today I tried to land on ZPPP (Kunming Changshui International Airport). It’s an interesting experience. In the sim you cannot land because there is no infrastructure.

Panama’s international airport (MPTO) has not yet been added. The record remains. 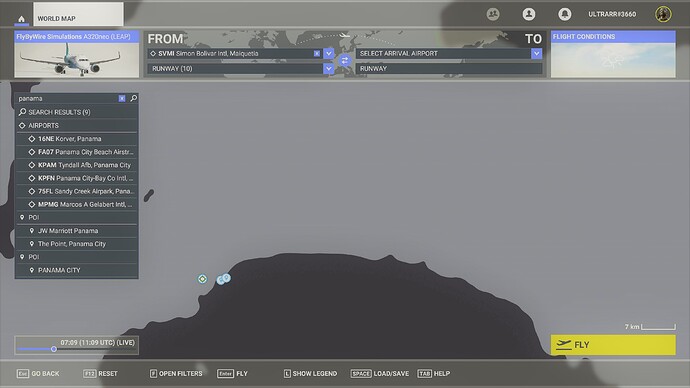 LOGK Kapfenberg seems to be missing (apologies if I’ve missed it mentioned above!)

In Belgium, EBST, EBBE, EBBL, EBFN, probably some more. I don’t think any airport was added in the WU. I remember flying through the UK landing at random airfields and it was really 50/50 if it would exist or not, so I started to check up-front.

I also don’t see a point in reporting this. Surely it’s possible for the dev team to pull a report of missing airports and decide which ones are big enough to spend a little bit of time on.

Please add KBNA. After I loaded the World Update USA various buildings around the airport just show a slab. No building. Some of the gates are messed up. Starting flight from some gates have you parked at weird angles with the jetway coming through the cockpit.

Every airport I found missing is in this list. So, we just need more “bumps” and votes!
Maybe, this could be a business plan for a scenery developer? MS/Asobo are going to take years to resolve this…

Although MPMG and MPPA are there as MPCL which is mostly for Ultra lights! That’s more than ridiculous!

this could be a business plan for a scenery developer? MS/Asobo are going to take years to resolve this…

It might be a good idea: “Mega-Pack Missing Airports”

if it were FREE, even better

The most aggravating about this is that Belgium was part of the last World Update.
What kind of “World Update” is this when they don’t go in and add all the airfields that have been initially missing?
Why have they partnered up with ORBX if something like this gets overlooked?

As a reminder, before posting in this topic:

Do NOT post in this topic if you have not reported to Zendesk.

These two remaining missing Belgian airports that were not yet mentioned have now also been reported to zendesk:

I could be wrong but I think EBMB is just the identifier for the military base that shares runways at EBBR. Is EBEH a seaplane base? If so, I don’t think seaplane bases are modeled yet as they all seem to be missing.