when it comes to the older aircraft with mechanical linkage they could be fudging things by leaving the “visual” part where it is and just trending back the none visual physics part, otherwise you would notionally have infinite strength pilots capable of exerting maximum deflection at any airspeed, which in itself would be wrong.

DCS started with the Su-25 and the P-51. No FBW on both, not even hydraulics on the second.

Approaching the joystick inputs as force rather than absolute control surface position makes sense considering they are already doing this at higher speed to simulate higher stickforces.

there was no P-51 when I first started playing DCS, that was a later addition.

No P-51 when I first started playing DCS, that was a later addition.

There is another problem with the absolute surface position approach which you could observe in MSFS, another mark for the force based approach:

All that is wrong with the MSFS Flight Model! (Inertia, Stalling, Pitch Authority, Sensitivity)

I’d need to retest, and perhaps its a per-aircraft setting, but I have wrested control away from AP if your inputs are sufficiently large/strong, shall we say.

It does kick the AP offline at some point indeed, but below this threshold control inputs need to be ignored. In every single aircraft I have ever flown, there is not one where I control the aircraft with the AP engaged, you can’t physically move the controls.

yes and I started playing DCS before there was a P-51, as the self contained modules were still DCS

Yes, little nudges on the yoke won’t do it, either roll or pitch, and the AP will just attempt to override your inputs, and keep putting you back on its course.

The very first DCS aircraft was the A-10. No FBW.

but it is servo hydraulic, and you also have the other aircraft too from flaming cliffs or whatever it was and the KA-50

Not sure but I believe I see a trim tab there? I assume the flight controls are mechanical and only hydraulically assisted? 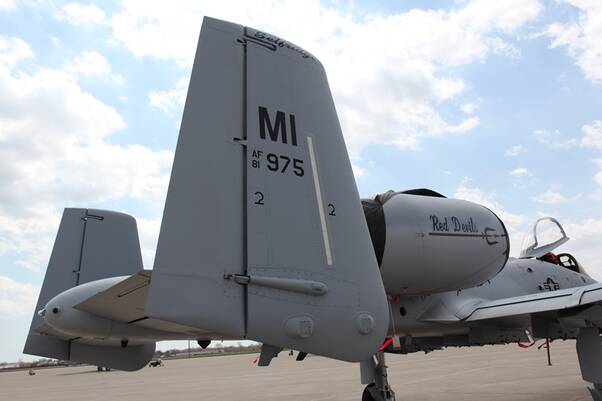 hydraulically assisted indeed: How does an A-10 Thunderbolt II fly without hydraulics? - Quora

Both elevator trim tabs are only used in case of a loss of hydraulics…at least that’s my understanding after looking at the A-10 AFM.

I glossed over that thread quickly but it seems so indeed, in manual reversion those become servo-tabs instead of trim tabs.

Wow… I wish to see more, and I would like to congratulate the developer team on the improvement. After update 1.14.6.0 the simulator flight model has been improved quite wonderfully, and I love it very much…

Wait has it changed? Was it some kind of optimization issue that caused physics issues or smth like that.

Yes, It has changed quite nicely, and I hope there will be more improvements… I love it very much… At last I can experience some real performance in my landings… But I will need to see more… I am sure there is a lot to improve…

STEP 5 from your attachments above seems to be the crux of the problem with how these aircrafts perform. It is apparent that their ‘Base Aerodynamic Parameters’ are flawed. How could they be otherwise given the admitted lack of expertise on their end?
Hopefully better qualified or informed aviation and aeronautical professionals can eventually insert themselves into the process. But that can only happen with the humble admission and acceptance of the management team.