This happens even with the community folder completely empty.

With Live AI traffic active, departing generic aircraft will spawn with their front landing gear retracted and they won’t depart at all. They are active (they have the correct traffic label) but they will not depart at all, remaining at the stand/ramp/gate without moving at all. Ground services won’t service them, and often jetways won’t properly connect to the door.

Arriving aircraft seem to be fine and lower their landing gear as they should. This bug affects exclusively departing aircraft. 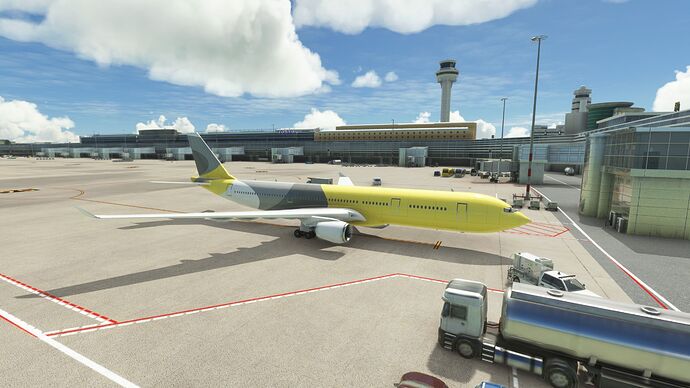 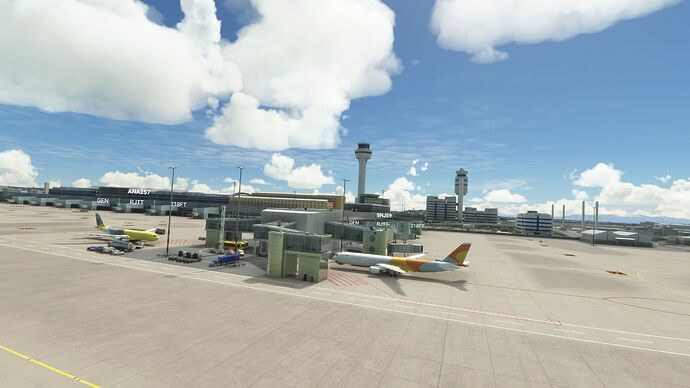 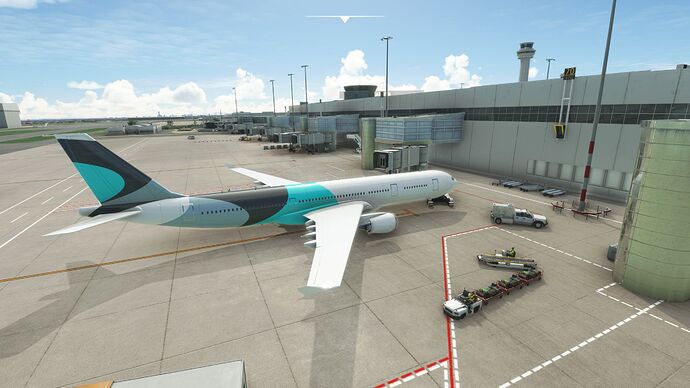 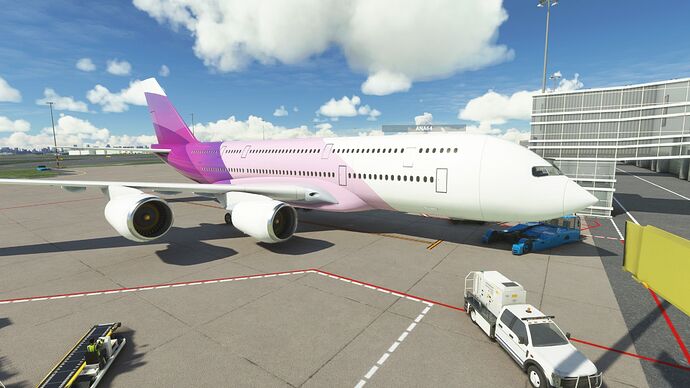 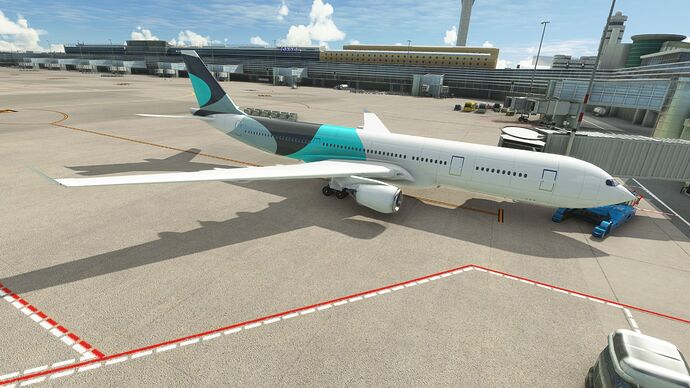 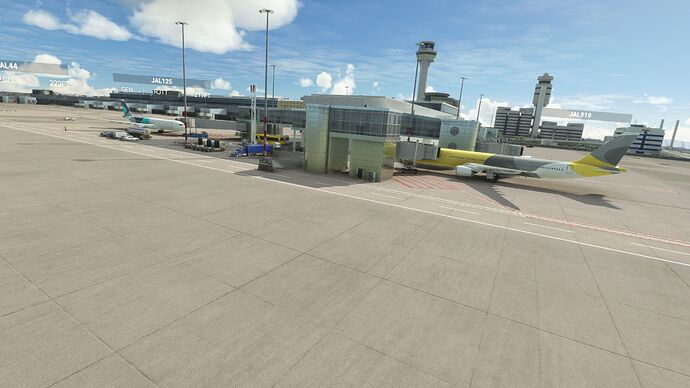 Spawn at any airport with live traffic enabled and watch how the AI behaves. Departing aircraft will spawn with the front landing gear up and will literally do nothing. They’ll even spawn on top of each other after a while.

confirmed even with non generic planes in live mode, SimConnect based traffic is not having the issue.
No difference between glTF and MDLX SimObjects.

Made an report yesterday already over at ZenDesk: #111782 (currently still open)

Confirmed with generic aircraft, A320 mod aircraft, and FSX aircraft.

For the record, the hotfix did not fix this issue. I know it wasn’t in the notes, but I had hope.

ok, one thing on my list I have not to check…

Offline seems to indeed be fixed so far. It seemed to be location-focused, so I’ll have to wait for tonight to really test Haneda, which crashed like crazy before.

Paris crashed before and is working now fine, 80+ offline AI in the area without CTD

same. That’s exactly what I was looking at.

Didn’t have any with live traffic, to be honest.

NO CTDS?
Well before SU5I rarely got CTDS, now I get them all the time when traffic is on. I can’t even load into AP unless traffic is off, then I can turn it on.

Except for throwing out my pc, not much I can do. It was a smooth download and install. Takes too long to do a complete re install, and that rarely works anyhow.

I would suggest opening a separate zendesk, because this is about a different issue, and as fas as I know, Microsoft was aware of (and fixed) only of CTDs with offline traffic.

same issue at EDDF, KATL, EGLL, EDDS, LFPG.
AI traffic only with landing operation and taxiing to gate.
every “departure plane” spawns and remains in “sleeping mode” at gate.

Yeah, it currently affects every single airport. My ticket on Zendesk was updated to “solved” which means that now they’re aware and it’s in the queue to be fixed.

i have the same issue. They land and roll somewhere and park. everyone else is just standing there. I hope this will be fixed quickly.

People complaining no lights at night on live traffic as well. Totally dark.

strange… had yesterday some with lights

Seems not many aircraft spawning at gates today, I guess they fixed the issue by reducing traffic!!! Not the fix we wanted but if they reduce traffic spawning we cant complain lol

Assuming that a reduced amount of traffic is accurate, that has nothing to do with this. The sim simply gets data from flightaware, so that’s on flightaware’s side.

Their data is really bad in some areas of the world and fluctuates rather widely.

They also tend not to act at all on my MANY reports about inaccuracies, which irks me a lot. They have entire fleets in Japan with the wrong aircraft (for instance, they label all of ANA’s DH8D as DH8B).

Microsoft should definitely put pressure on them to get their act together or change live traffic partners, because when Asobo implements its own traffic solution as promised, Flightaware’s flawed database WILL inevitably cause problems unless they improve massively.

ok, thought i would share, very odd: at kord 7:18 eastern time at one of the termionals the spawned l;ive traffic all have nose wheels 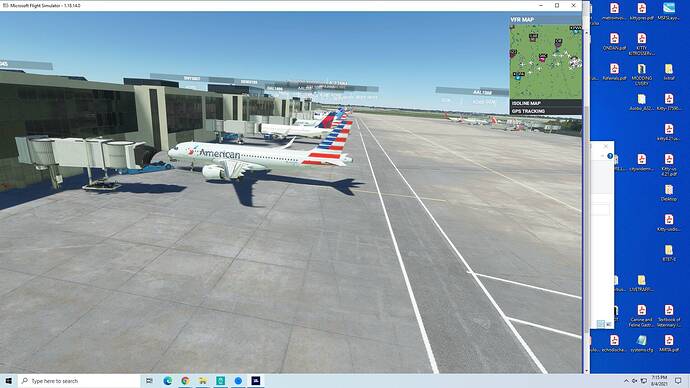 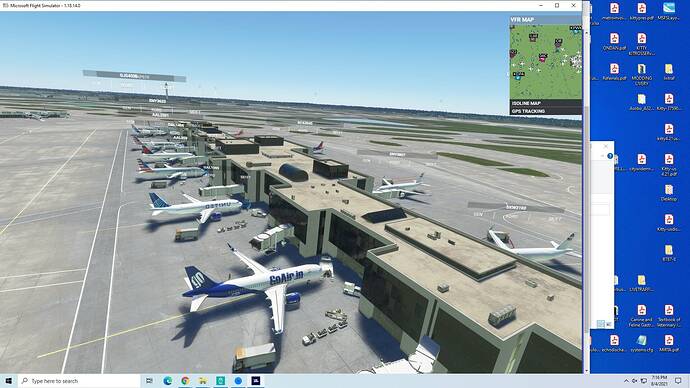 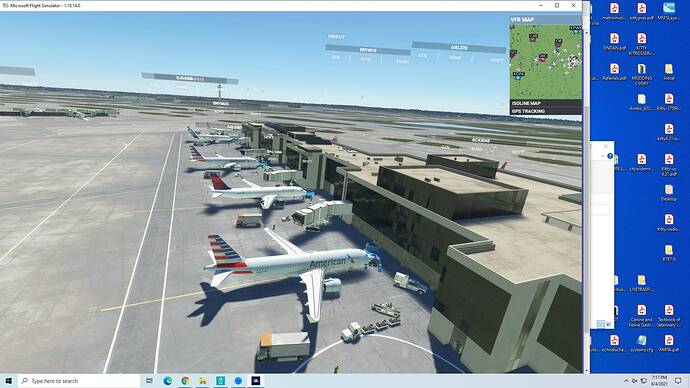 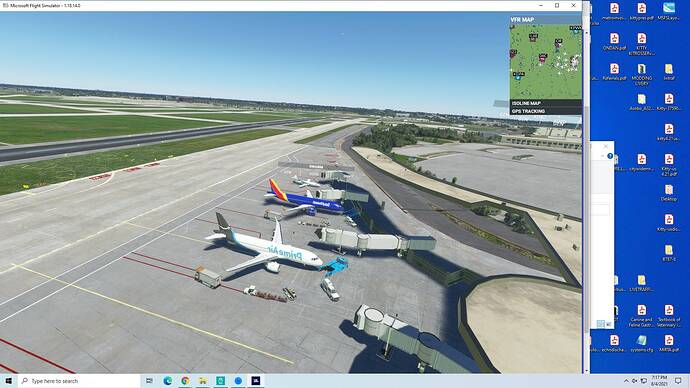