I was just browsing Simmarket and noticed that this was newly available. The BRSim ERCO Ercoupe 451C.

The ERCO Ercoupe is an American low-wing monoplane aircraft that was originally manufactured by the Engineering and Research Corporation (ERCO) shortly before World War II. It was designed to be the safest fixed-wing aircraft that aerospace engineering could provide at the time.

The Ercoupe was the first aircraft certified as “unable to spin” by the Civil Aeronautics Administration (CAA).

This addon is based on the Ercoupe 415C manufactured after WWII which had a 75HP Continental C75 engine.

Looks nice… I’m tempted for sure.

EDIT: Well, I’m taking one for the team

OK, did two short hops and tested a few things. I like it!

The model looks nice, both inside and out. Nicely detailed and overall a very cozy, well kept feel to the plane. It’s got great visibility thanks to the glass all around. The Ercoupe seats two on a comfy looking bench seat. Textures look great and there’s really nothing here to complain about.

You’ve got a very basic cockpit layout, where the only real digital items are a radio, the transponder and the integrated tablet that handles static elements, panel vibration settings and panel colors. I can’t seem to hide that tablet, though I can turn it off. Yokes are hidable.

It flies very nice; very stable with no bad handling characteristics. As you would expect from this particular aircraft. There’s one interesting quirk to point out for Ercoupes: there are no rudder pedals. The controls are mechanically linked. The result is that when you apply rudder like you usually would, the yoke moves with it.

One thing I noted during landing: you have to be firm on the brakes. You need to hold them just a bit longer than usual for the brakes to engage. Not sure if that’s how the real deal flies.

Well, that’s about it really. If I had to nitpick: there’s a label on the panel with 'VRF Only" instead of VFR. I also noticed that when you open both doors/windows, they slide into the airframe. Or rather, they’re supposed to - they stick out of the airframe which you can see from the outside. Not a huge issue, but since I noticed, I’m pointing it out.

All in all… if you like the type or the look of this aircraft, I’m pretty sure you’ll enjoy this package. Of course, I’ve got poor spending habits and terrible impulse control, so I tend to just buy things I like, even if others might consider them expensive. To me, it’s worth the price. But it IS a very barebones aircraft to begin with.

I saw one of these as a static display at Shannon Airport at Fredericksburg, Virginia. I even got to clamber in. It was a tight fit!

Looks nice. Wish he would fix the model on his Debonair/Bonanza before he moved on though.

I bet! These were built in 1937 after all. People were smaller overall in every dimension.

Looks pretty decent but what are the sounds like? Is there positional Wwise audio for everything including switches? Custom sounds or using stock default sounds from another plane? 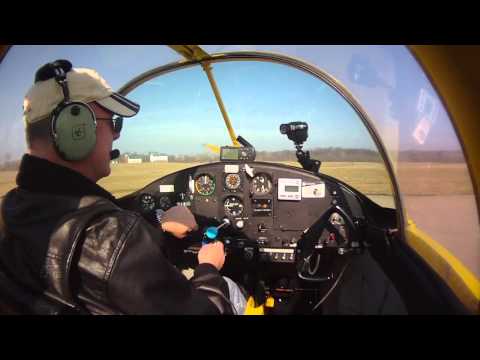 That was neat. Seems like a really benign handling aircraft by all indications. 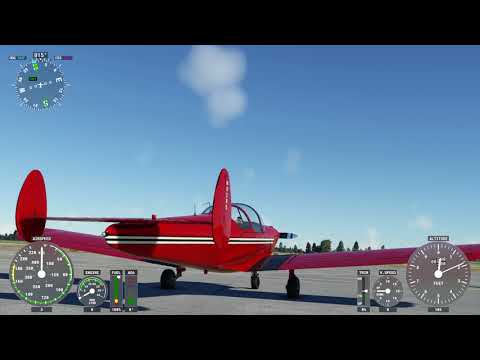 I’m generally the worst person to ask about sound - I tend to fly with sound quite low and a podcast on. I’ve got a really good set of noise-cancelling headphones so to speak

It uses the sounds from the Asobo Xcub. It sounds correctly positional to me. To my ears, it all sounds perfectly OK for what I expect it to sound like, but I’m terrible at judging this.

Hmmm… I usually try to buy only the best sim airplanes, and not get too attracted just because it’s a type I like.

But… it’s an Ercoupe!

Just as with the designer’s previous release, the proportions are off. What a shame as the interior looks great. I do wish they would pay greater attention to the exterior, they have such potential and obvious talent, but this is twice they have messed up sightlines. In the case of the Beechcraft it was the nose. In the case of this aircraft it is the shape of the canopy. I encourage them to pay attention here as they could massively improve these products with just a bit more care, and that would stand them in good stead for the future of their career.

And the verdict is… nice little airplane for $20 and change. Shows promise.

There are some rough spots. The exterior looks a bit odd, like it’s sitting too low, and the propeller seems small relative to the fuselage. Pilot’s head position in the cockpit is a little far back, alongside the post - should be forward of the post. Ground steering seems wonky - nosewheel is supposed to be steerable but for some reason I could only get it to respond to the rudder axis, not the aileron axis (differential braking worked, too). Cockpit vibrations in flight produced some stutters - I did better with the engine-start-only setting. Window animations need some refinement - right now they’re on/off. And oddly, opening the windows produced increased wind noise on the ground, but not in the air. Hope that gets a look - flying with the top down on a summer evening should be part of the Ercoupe experience.

In flight, it was enjoyable. Might turn into a nice tourer with a little more work.

Note that the engine will die at idle - needs about 1,000 RPM. And per the cockpit labeling, trim should be full back (nose up) for takeoff and landing.

For this kind of flying, right now, I’m more likely to pick the DC Designs Stearman. But the Ercoupe could get there with little more love. Hope it gets it.

It’s a mystery to me how this developer keeps getting the shape/proportions of his exterior models so wrong, as I thought this stuff usually started with a good set of 3-view plans.

The exterior proportions are a deal breaker for me…

I was super happy this plane was released… Then I saw who the author is. I’m sure he’s already working on his next plane, don’t expect any update to the model, if any updates at all. It’s too bad. He chooses nice planes to model. Too bad he never finishes anything. Won’t be a purchase for me. Not that that matters too him, he’s making plenty of sales, I’m sure he doesn’t care about making any sales to me.

Based on the pictures at Simmarket, the plane looks pregnant to me, the nose is too deep. Funny how they can’t model the nose of aircraft properly.

Yeah, I hear you.

Think I’m going to write this one off as a learning experience.

He did do a lot of updates on the Debonair/Bonanza flight model and systems… Just never fixed the exterior 3d.

The exterior 3D on the Debonair and Bonanza are early 1950s models; the nose shape on those is different than newer versions. This isn’t the topic to post comparative shots, but the 3D model is pretty close to those, and they can be Googled.

I bought the Ercoupe and I’m pleased. The interior is vintage and beautiful. Flight modeling feels right, though the rudder pedals still work independently despite being tied into the animations (my only real disappointment). A couple of quirks I’m going to report – typo on the panel, one of the military paints is off, plus the legit critiques @AlanA4643 made – but it’s a fun touring plane and I love vintage aircraft. I can share the hangar with new 247D and hopefully some of that near-perfection will leak onto the Ercoupe from the Boeing over some updates!

(And for those reading, it’s a shame some people will read this topic and write it off as “misshapen from a developer who doesn’t update their planes,” since in fact it looks pretty great, is fun to fly, and there have been 8 updates for the Debonair to address customer requests and bug reports so far. It’s not perfect and it does indeed need some tweaks, and everyone has a right to decide what’s worth their own money, but the negativity around here gets old. There’s a lot to like with this release, and I’m happy to see another classic plane.)

I somehow missed this release. I just did a test flight and I really like it! I’ve come to respect BRSimDesigns, so it was an instant buy for me. I do wish communication was better… I had no idea this was even being worked on.