Wait for the MILVIZ 310 instead. Better plane and better brand IMO.

Along with the Baron G58, this is my favorite twin engine so far. Love the interior , it’s powerful, and the semi-glass setup vs full glass is a joy to use. I bought it when it was on sale so it was more than worth it.

I think it is the best of the Carenado offerings in MSFS, but with the MilViz 310 just around the corner, I’d wait.

Carenado is slow to update anyway, and is further hamstrung by the “Marketplace only” sales channel.

Sim Updates are a reality that is not going away. Developers need to have the ability (and desire) to tackle issues that arise in a timely manner.

Thanks everyone for your opinions. Id like a twin prop and im absolutely aware at what realism level carenado aims at.

So if there are no gamebreaking issues right now, i might take it.

You can‘t go wrong with the Seneca. I ike it a lot and the weather radar does not have a high priority for me.

I enjoy the Seneca. I’ve been flying it quite a bit over the last few months. I usually fly in good weather, so I haven’t used the radar lately. Other than the radar, there are no problems I’ve found. The fuel burning heater/defroster is not modeled, and the yaw damper switch does not operate. Those are the two main systems Carenado didn’t include. Otherwise, this is quite a good plane. Performance and fuel flow are very close to the POH. You can follow the POH checklists to fly the plane largely without any changes (aside from the fuel burning heater/defroster).

The turbocharged engines suffer from a mixture bug in MSFS which affects all turbocharged engines (the Just Flight Turbo Arrow has the same problem). Basically, the engine mixture becomes excessively rich as the airplane climbs, so leaning the mixture is required to maintain power. This should not happen with a turbocharged engine (at least, not below the critical altitude for the turbo). I wrote a little mod to correct the behavior. The thread for the mod is here:

The Turbo Arrow is still the only airplane that can take-off from Lower Loon Creek and fly through the mountain ridges. Turbo Arrow IV and Seneca V are my best most realistic and most beautyful props 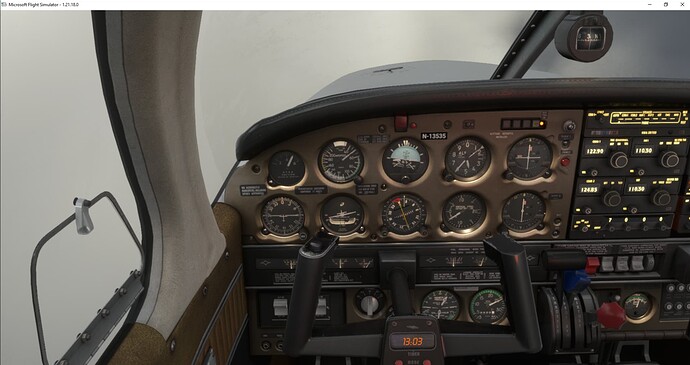 Is this not realistic having the engine leaned to at least 50% in a great height like 15.000 feet? This is the lean setting of the Turbo Arrow on this height.

The real-world POHs for the Turbo Arrow and the Seneca V call for full-rich mixture throughout the climb (even if climbing to 15,000 or 20,000 ft). Mixture is leaned after leveling at cruise altitude and reducing power for cruise.

In this case the flight dynamics and flight model of the Turbo Arrow is not realistic. I had to lean the mixture down to 45% in about ~17.000 feet height… 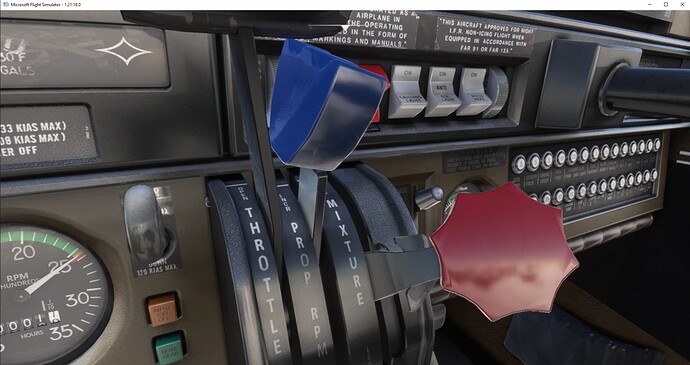 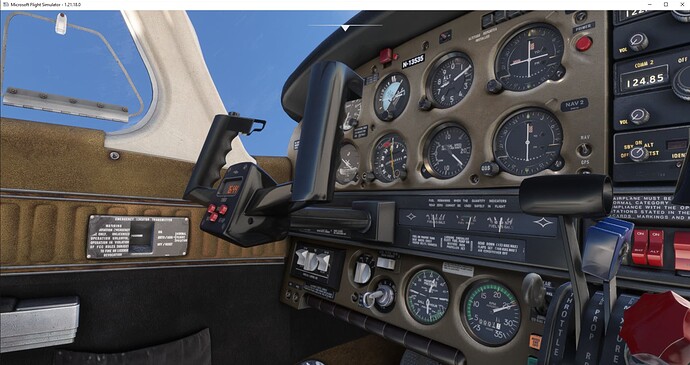 …otherwise the engine would have stopped.

Yes, the Turbo Arrow suffers from the same bug as the Seneca. It is a problem with the default turbocharged engine logic in MSFS. Here’s a bug report I posted with details several months ago:

There appears to be a bug in the core mixture logic for turbocharged piston engines in MSFS. In real-life, a turbocharged fuel-injected engine should be able to climb with full-rich fuel mixture all the way to the critical altitude for the turbocharger with no loss of power or engine performance. The turbocharger can compensate for lower air pressure with altitude by compressing more air into the intake manifold and allowing the engine to operate with the same manifold pressure as it would at se…

Wow you made this awesome file? 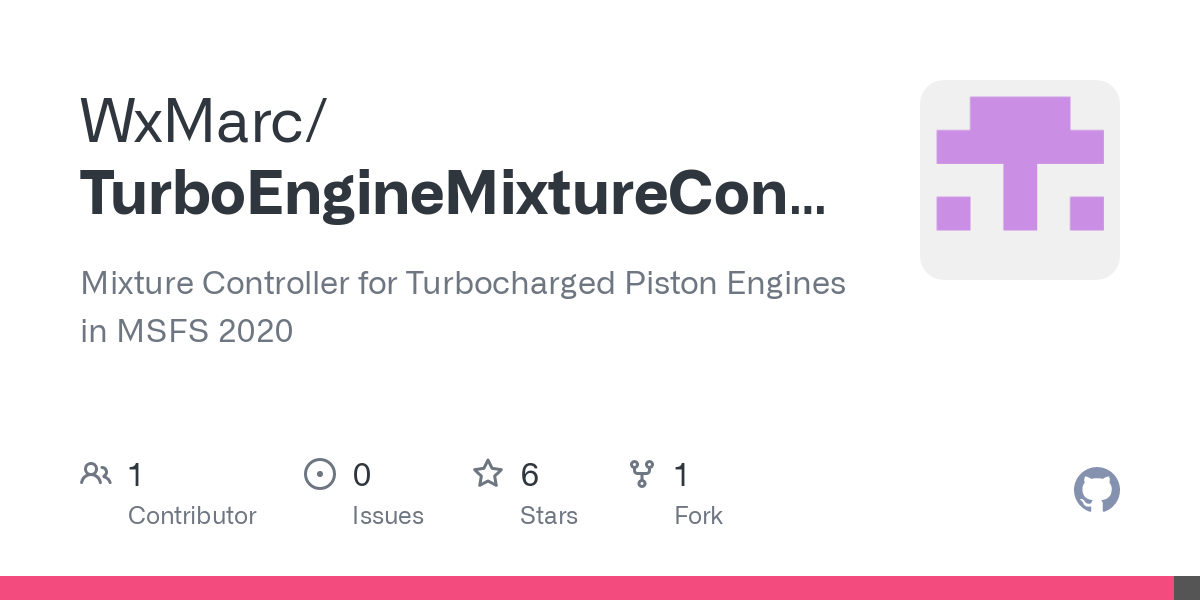 Impressive! I am going to install it, thanks a lot!

Yep! I hope you enjoy it. I’ve been using it with the Seneca for several months now, and everything seems stable.

It is a wonderful and absolutely beautyful looking plane.

Anyone interested in that new clean cockpit without these ugly fake-looking scratches copy-paste-stamped all over the instrument board? 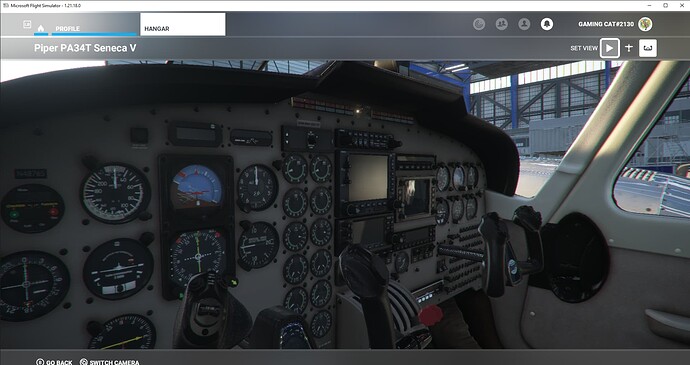 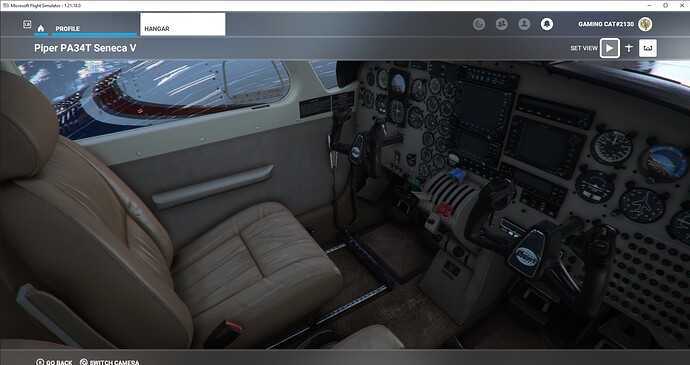 Now that´s some nice plane!
Because if vintage cars all look relatively new and taken care of why should airplanes look overly dirty and scratched and worn all over the place?

I think I can finish the Seneca V and Skymaster cockpit overhaul this week.

I’d love a clean cockpit like that. Is it available at flightsim.to?

As an aside, I just bought the Seneca and I noticed it doesn’t have an altitude capture capable autopilot. Kinda strange to me considering it’s an IFR capable plane but if you’re task saturated during a flight it’s easy to miss your assigned altitude.

No the file is not yet uploaded, maybe tomorrow or on Friday

I must test the interior a little bit before uploading under different lighting conditions, day and night and with weather… And smooth the mach-lines (probably caused by bad texture compression and/or too low colour depth) on the panel.
But it´s almost done. 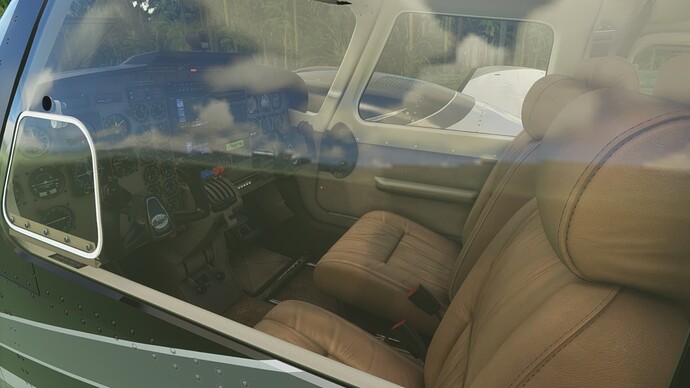 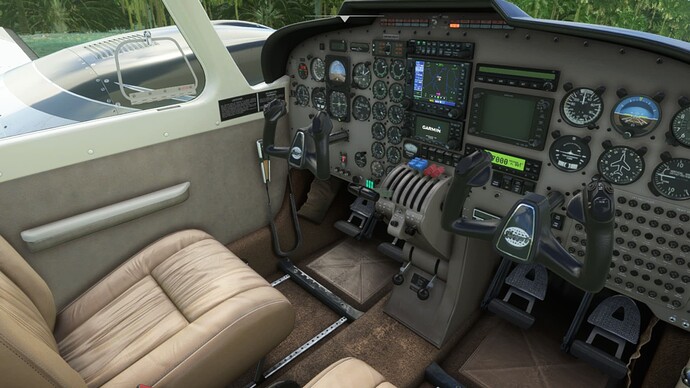 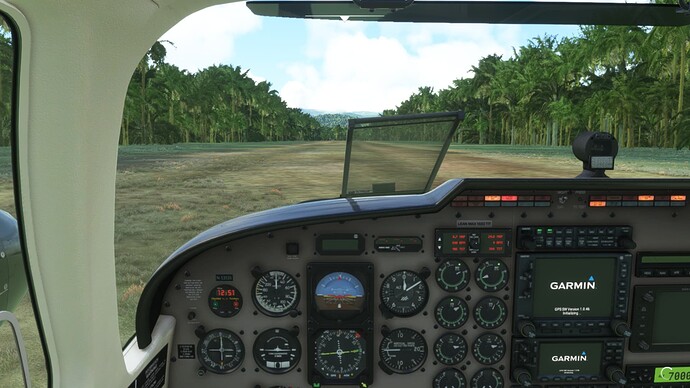 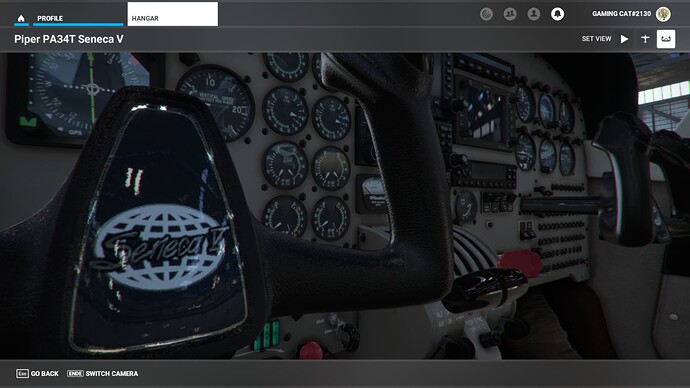 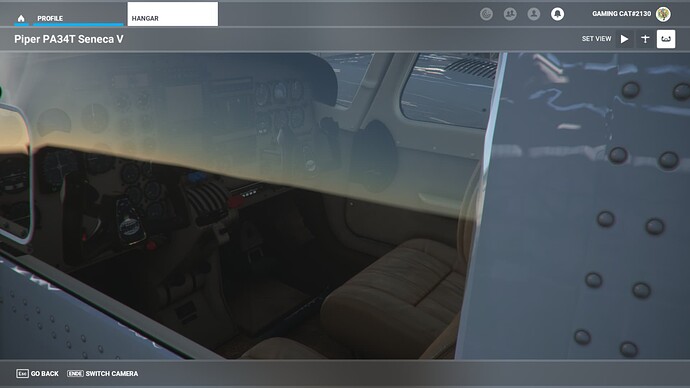 I make my cockpit overhauls in the best possible quality - without any compressions in DXT1 or 3 or any other ugly compressions leading to JPEG artifacts and colour degrading causing ugly mach-lines, and no ugly low-quality mip-maps or LOD´s of any kind for no lower quality when zooming out or moving the camera back a little bit.

I’ve been enjoying the Seneca V since it’s release and it has become one of my favorites. IRL I flew a Seneca III out of KTMB back in the days and it has brought back some great memories.

I just recently applied the latest Seneca V update and noticed the iPad on the yoke is now missing, so I can no longer open the cargo door from the cockpit, only the main door.

Is there a way to toggle the iPad in order to get to the various functions?

Have a look around the cockpit - it’s now tucked into a side pocket in the co-pilot footwell! You’ll see a tablet shape sticking out - it’s got a rather small click spot, but click that!

Sweet!! I’m doing night flights and now I found it. I would have never noticed it, so much thanks!

If you want a clean cockpit without this ugly over-the-top scratches everywhere, here is the perfect mod for you 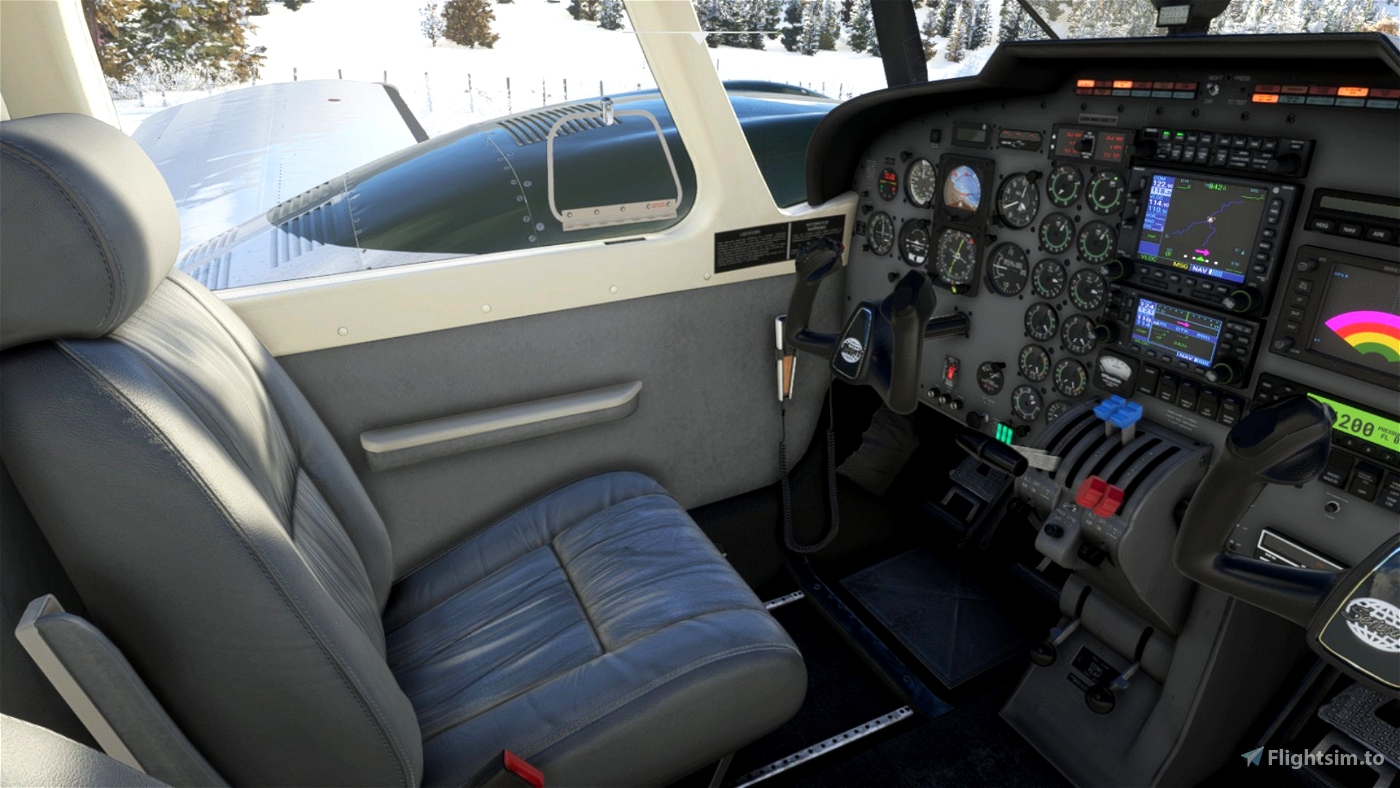 ✓ Carenado Seneca V interior overhaul is a Microsoft Flight Simulator 2020 mod created by GamingCat. Download for free to enhance your experience in MSFS 2020.