Am buying and downloading now. 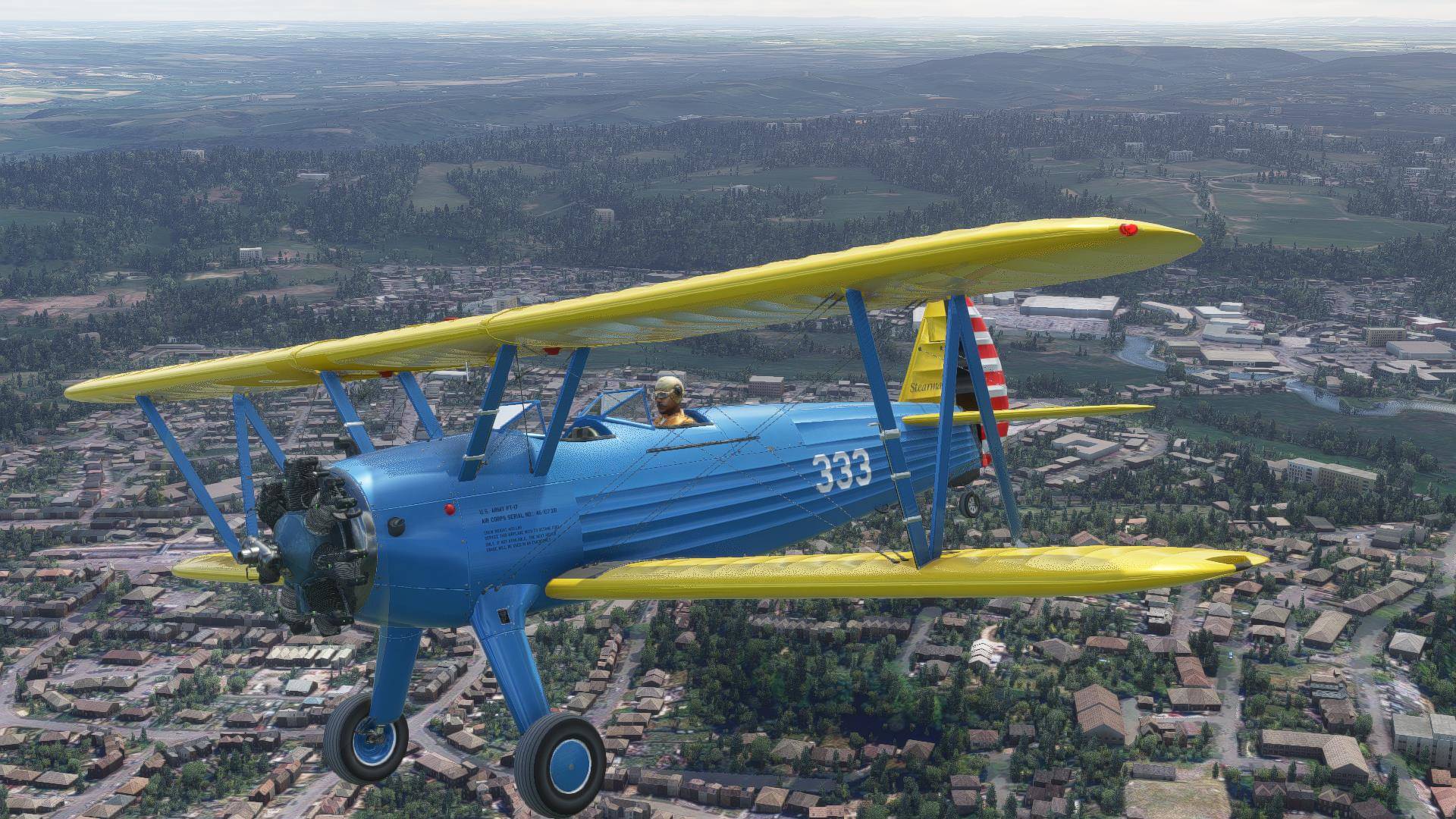 I cant test as I am working… However do have a read of the manual that comes with the plane, its in the planes folder. It has a lot of interesting and useful information in it and is almost worth the price of the plane itself. I cant wait to fly this plane later on.

This looks awesome, I remember looking at this plane doing aerobatics on my hometown. They even had a version with a pole on the top of the wings for a women to fly.

I’ll wait to see our Master reviewer man @BostonJeremy77 with his first impressions and as soon this released on Marketplace I’ll buy.

Worth buying? I kinda seeing model’s edges on screenshots, but hope I’m wrong… Gorgeous airplane after all

I know it’s relatively cheap, but like other DC Designs aircraft the quality of modelling and texturing is way below something I’d consider paying for.

No idea why they’re so consistently conservative with polygonal detail.

UPD
will take it tonight, just in case
Cheers)

Wow!! I am absolutely loving this bird!
I’ve spent just over an hour and a half in her so far and just can’t get enough! Such a pleasure to fly.
Those sounds…

…they are just incredible! (Definitley what makes it for me!)
Sure there might be some rough edges here and there, but overall it’s just so dang lovely and have completly forgot about them all within the first few moments of starting her up and hearing those sounds… Just made me want to get her up in the skies where it clearly belongs! Have had a lot of fun doing some slight aerobatics… loops, rolls and spins… along the way, doing some old school VFR flying.
For the price of this thing, it is absolutley a joy to have in the virtual hangar and will be getting a lot of attention, alongside to that Ryan ST-A!
Also, seeing the few nitpicks come up in the other thread on this bird (prior to its release), it sounds like a few things will definitley get better with coming updates. That’s for sure a positive.

Have just taken a break to write my 5cents. I may have a little bias, only because I love this era of aviation and have been eagerly awaiting this bird…
Anyway… I’m back off into the skies to enjoy this great bird some more!

You’re exactly the type of simmer this is aimed at and you’re also correct there will be a number of things in the visual dept mainly that will get updated and improved as is the way with DC Designs releases in general. You can certainly expect the dev team to be sticking by this and improving it as time goes by.

I just wanted to clarify one thing as far as the Stearman and DC Designs releases go.

Part of me posting reviews has always been that I am fully objective and independent when posting my opinion. I point out things I am very impressed by as well as the shortcomings that I spot on my first flight of the aircraft. That has always been the way it works for me and that will never change.

Regarding the DC Designs aircraft, I recently became a tester for them and have been offered the product in advance of release. This actually is a good thing because I am able to communicate my findings directly to the developer instead of relying on the hope they stumble upon reviews such as mine. While in no way do they have to incorporate anything from my feedback, they are very responsive and want to put out the best product they can. I have been flying the Stearman for a little while now and I love the bird! I think it’s done incredibly well and I am proud to endorse it. If I didn’t believe in the products coming from this developer, I wouldn’t have wanted to work closer with them. This being said, I feel that the review in my usual style wouldn’t be appropriate here - my feedback is communicated directly to DC Designs when it comes to their products. I have always been very transparent about what I do and how I feel and that’s not going to change. So while no formal “review” per se, I do think this is a great release and encourage people to pick this up! Worth noting is no one required or asked me to say any of this, it’s something I simply feel needs to be said for transparency’s sake. I hope you enjoy the Stearman. I also did make it very clear that even though I get a copy of this for testing purposes, I strongly believe in supporting the developers that deserve it and told them I still want to buy a copy just like everyone else.

So with that said, I am off to go buy it now. Cheers!

How much Dean paid you to say that

That’s a clever step from the developers, and a very transparant post from your side. A bit a shame for us, who are depending on your faster-than-light reviews to either go for an add-on airplane or skip it.

I also got it early, its good, and just for the sounds its worth the price anyway. They are INCREDIBLE.

I think me being a part of testing team is a pretty good endorsement of the product and how much I believe in it, yeah?

There are a few developers out there (I think we all know who they are) I would never want to do anything to do with.

So yeah, it’s a great release! There are a few things here and there as can be expected with literally ANY release. I don’t think there is a single product out there that doesn’t need ANYTHING on Day 1. But these things will come. Let’s read what everyone else has to say! You guys can take a break from my reviews for one bloody aircraft, yeah? 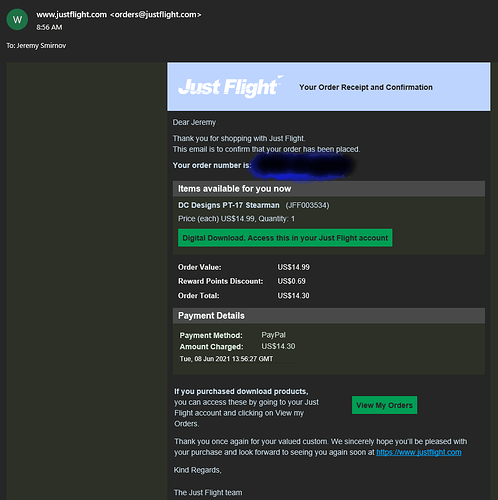 There! Would I want to buy something I already have if I didn’t want it?

That is very professional of you, thank you for your honesty, my big respect

I’d very much like to add a nice vintage biplane into my hangar. I’ve first had a look at the Waco but, don’t know, something is holding me back.
Seeing the Stearman today, seems like I’ve just found what I’m looking for. And for the price I can’t be wrong. Going to buy it for sure.
And after reading what BostonJeremy77 has just posted, I know I’m making the right decision ;).

For sure the right decision. I have the Waco too and am closing in on 100hrs with it, but, it has been in the hangar for quite a while now…
Between that and the Stearman, it will always be the stearman from this point forward…
It has so much more character and feels a lot nicer in the air. I can feel comfortable in saying this even with just shy of 3hrs now in the Stearman.
I don’t think you will be disapointed!

I’m making notes of observations and will be updating the aircraft very soon - so far it’s only aesthetic observations plus one technical one ( prop spin is reversed ) so will get them sorted. Onward