Just bought it and downloaded it. I will have something up later tonight in terms of screenshots/review. I own it on P3D and it was pretty good. Let’s see how it fares here.

The linked page only shows two screenshot of the installation program. The link to the “product page” on the shop site is dead.
Sometimes I wonder, if people really want to sell their stuff…

The dev said it’s a Beta and there is no product page yet.

Hmm okay… Does not stop them from selling it for 30 Euros.

The text in the shop is mostly copy of the FSX version, which leads to some information being clearly wrong. Especially the “system requirements” are hilarious (good luck running MSFS with a 32MB DX9 compatible graphics card

I hope this is not just a FSX port…

I’m anxious to hear people’s thoughts on this one. I feel like it’s just a port over. It’s at the price range where I’ll wait for reviews before buying.

The description refers to FlySimWare’s GNS530, then the bullet list says it’s using Asobo’s. I hope more care has been taken in the plane’s development than in the poorly edited product page.

Really hope this is good. Love me some Grumman seaplanes.

Love me some Grumman seaplanes.

Initial Release: The Goose is ALMOST Cooked I am very proud to welcome you to the first release from Wookiee’s Hanger: “Grumman Goose G21A Redux II” for Microsoft Flight Simulator. This is a faithful and loving restoration and upgrade of the “Ozx Grumman G21A Goose HD Redux” which itself was a loving restoration and upgrade of the default Goose for FSX. This release is also an Early Preview version and is not considered final. There will be things that may not be complete or working and if it… 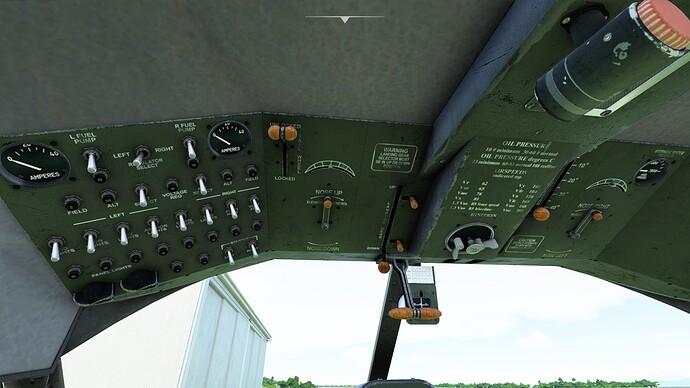 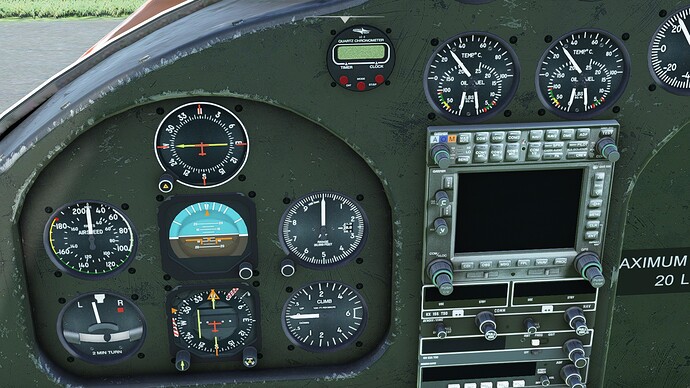 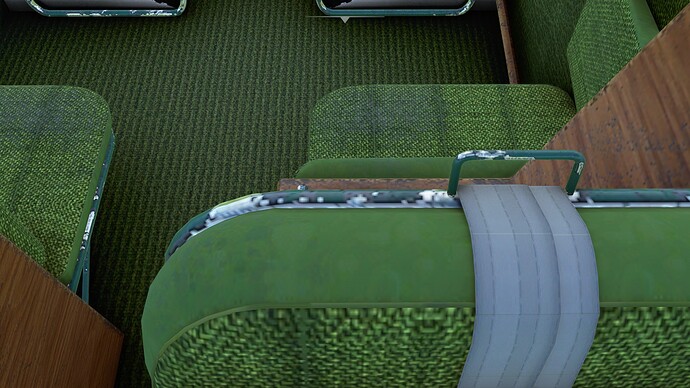 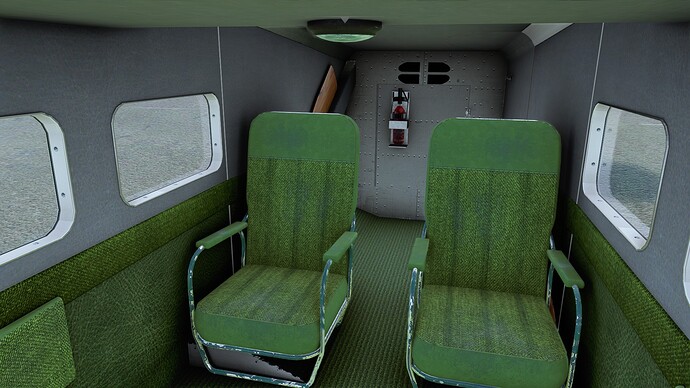 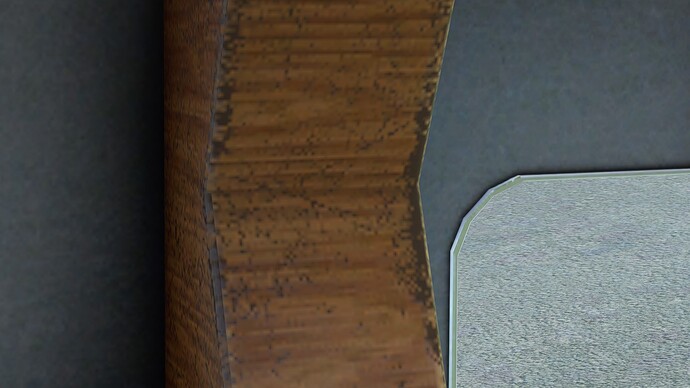 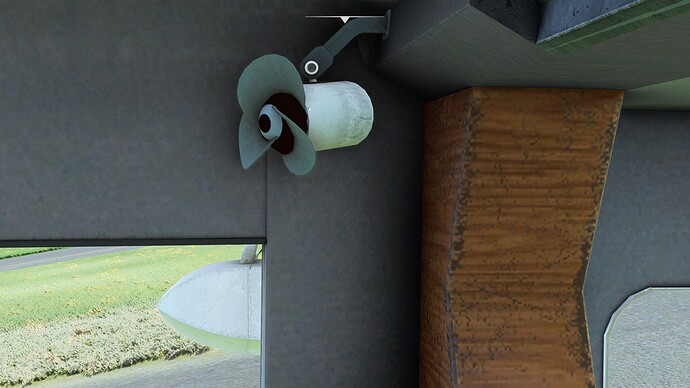 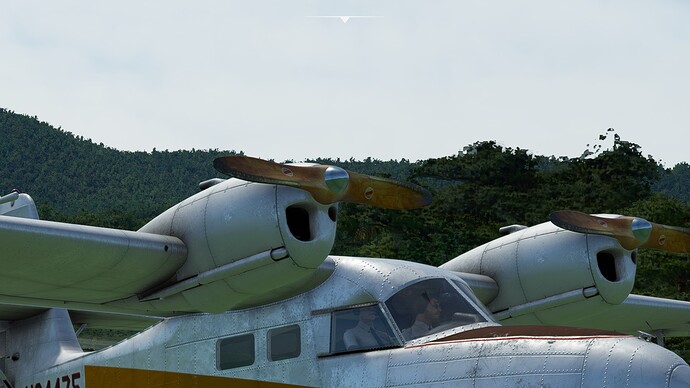 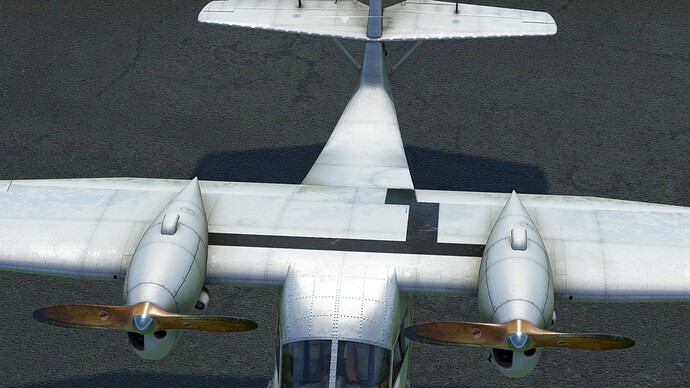 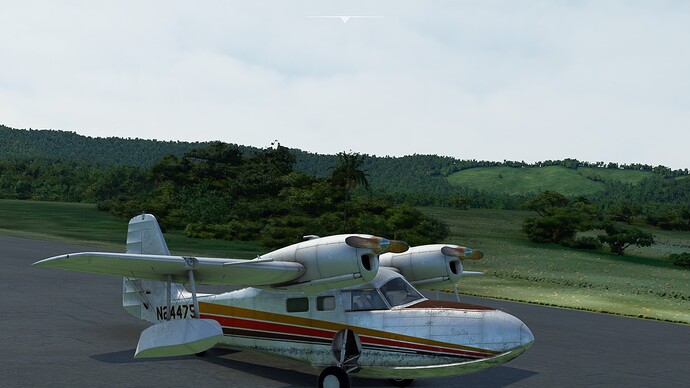 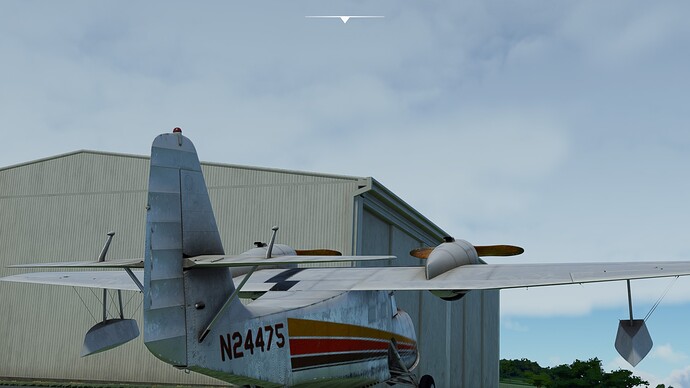 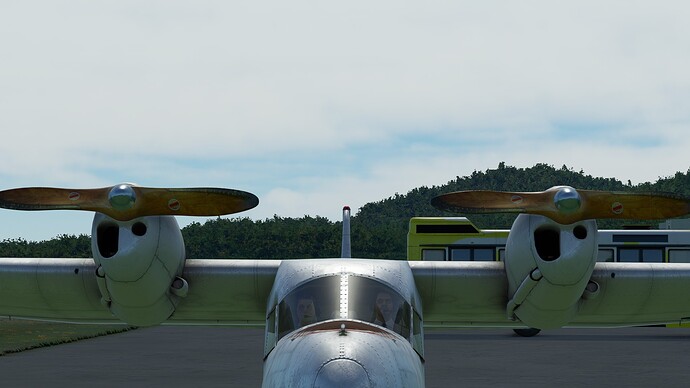 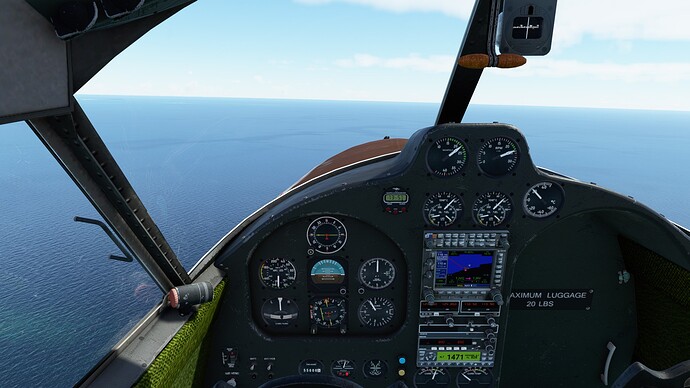 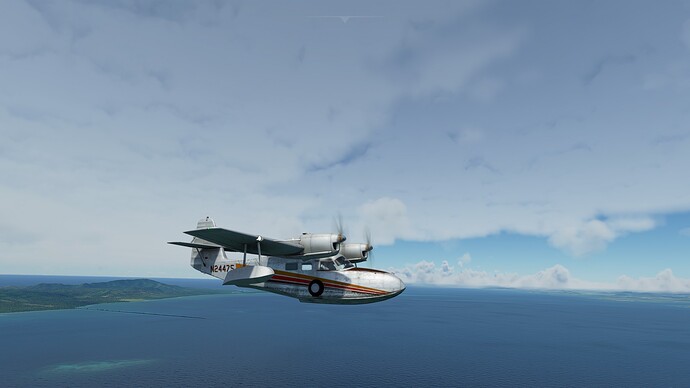 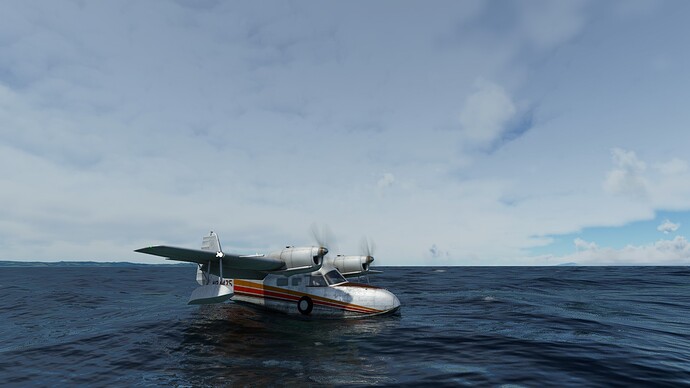 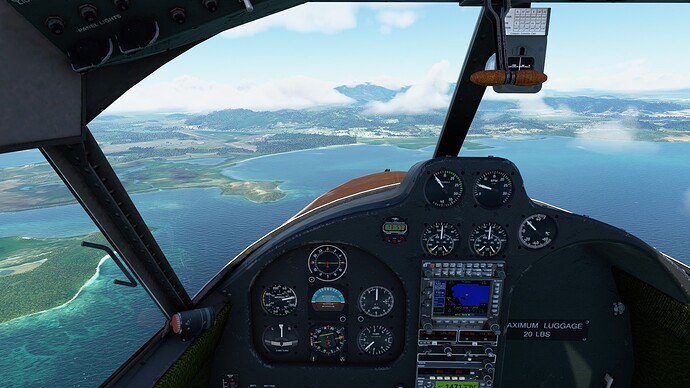 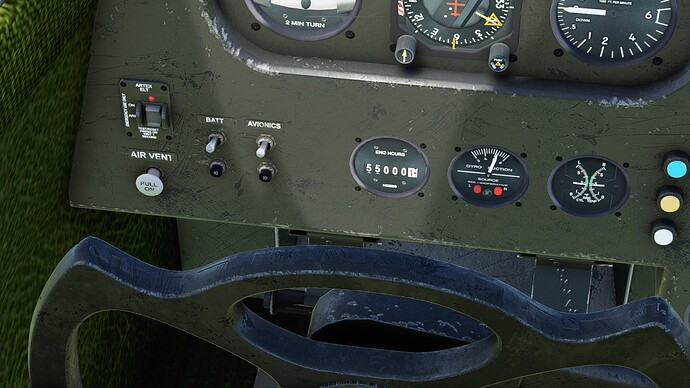 Well, I am disappointed they’d let it get out in this state. How they feel justified charging $30 for an aircraft that has OBVIOUSLY not been tested is beyond me.

GRAPHICS:
It’s pretty good in the exterior and pretty rough on the interior. This looks exactly the same as it does on P3D… except you can’t open the luggage compartment etc… Some of those wooden textures and seat textures… well… take a look for yourselves. Blurry stuff that shows it has not been upgraded since its release on FSX/P3D. Can’t seem to be able to hide the Yoke. Comes in 6, I believe, liveries. They are so-so.

SOUND:
Fine? Switches, engine, sound decent. Nothing that blows me away or anything, but nothing to complain about either.

FLIGHT:
This is where the issues start. Compass doesn’t work. ALTIMETER DOESN’T WORK. Hobbs Meter doesn’t work (shows 55,000 hours or something along those lines on it)… Flies pretty good. Power on and off stalls are a little… strange. I mean, I was able to do a power-on stall and slowed down to maybe 35 knots before it dropped the wing. Power-off a little better. Ground control is rough at very low speed in terms of steering - the radius is pretty big. But once you get a little bit of speed, it’s great. Tailwheel is lockable. Comes with default Asobo GNS530. There is no autopilot.

I was able to somewhat start the right engine without magnetos to both. (It starts but doesn’t turn at proper RPM regardless of throttle, and the behaviour doesn’t change once you switch magnetos to BOTH until you use the starter again.

Landing on water is fine. Takeoff too. Didn’t really test maneuvrability in water.

OVERALL:
For $30? FIX YOUR BUGS then we can talk. NO excuse for an aircraft with no working altimeter or compass to go out to release. I guess they say it’s a Beta… but what, you didn’t have Beta testers before you release a $30 aircraft that can tell you your instruments don’t work? There is no documentation of any kind either.

I love seaplanes. This one may be OK once they fix it up, but I wouldn’t recommend buying it right now. The fact that your Product Page doesn’t have a single screenshot, lists FSX system requirements, etc… BEFORE it went on sale? You know what that tells me? You don’t put enough care into your product. You don’t respect your buyers. You cut corners and put out stuff in a hurry to make revenue without putting in sufficient work and diligence on trying to get your product as good as it can be before release. I expect all new releases to have bugs. But to put out stuff that just hasn’t been finished and sell it for $30 on a webpage with outdated/incomplete info? Come on… Don’t you take pride in what you do?

Rant over. Move along, nothing to see here. Go download the free Grumman Goose by Big Radials. It’s free and it will be finished very shortly at which point it will be just as good as this thing.

Looks to me like they wanted to make a quick buck before the update to the Goose comes out. … Sad in a way. Sheds a bad light on the devs.

It’s an interesting plane that’d usually be right up my alley but looks like I’ll pass for now. Thanks for your impressions @BostonJeremy77 and for saving me a few quid.

Knowing how much I LOVE seaplanes, it’s SO disappointing to see stuff like this. It can still be good once they fix the instruments… I am afraid the aircraft will probably remain a bit ugly in terms of interior textures.

Why do you quote my post of an other topic ?
It have nothing to do here.
Please delete this quote.
Thanks.

Somebody did a port of the FSX Goose that works quite well, I’ve flown it in VR successfully.

The ported Goose is great. All sea/float/amphibian planes are kinda let down by the lack of splash and wake effects in the base game though, hopefully asobo will provide sooner rather than later.

Why do you quote my post of an other topic ?
It have nothing to do here.
Please delete this quote.
Thanks.

Sorry. Changed it. Wanted to link the thread to Wookiee’s aircraft

We’ve been waiting for the Goose’s little brother to come out and I’m sure that FlySimWare will fix their bugs.

It’s not a worldclass model, but I couldn’t resist anyway… 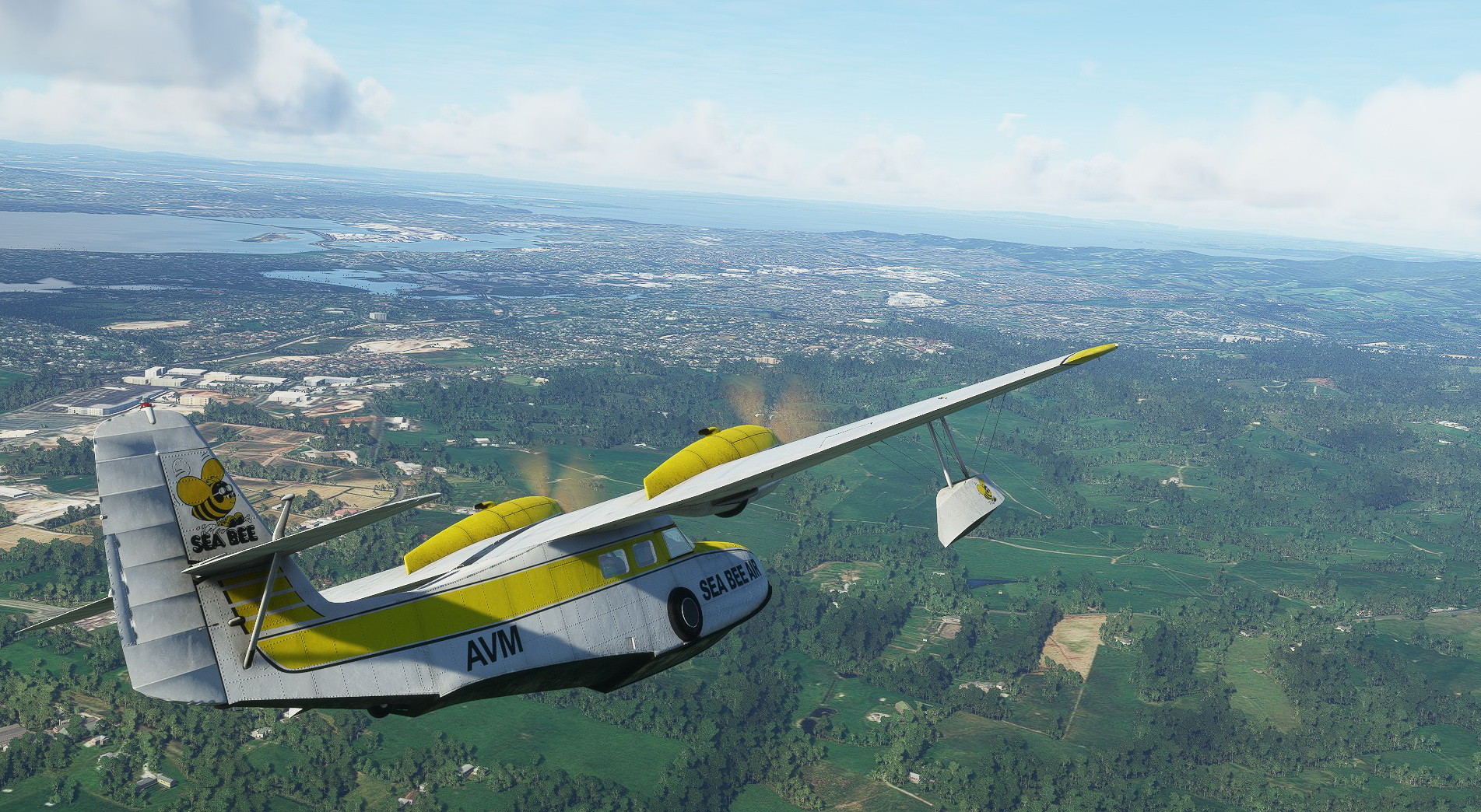 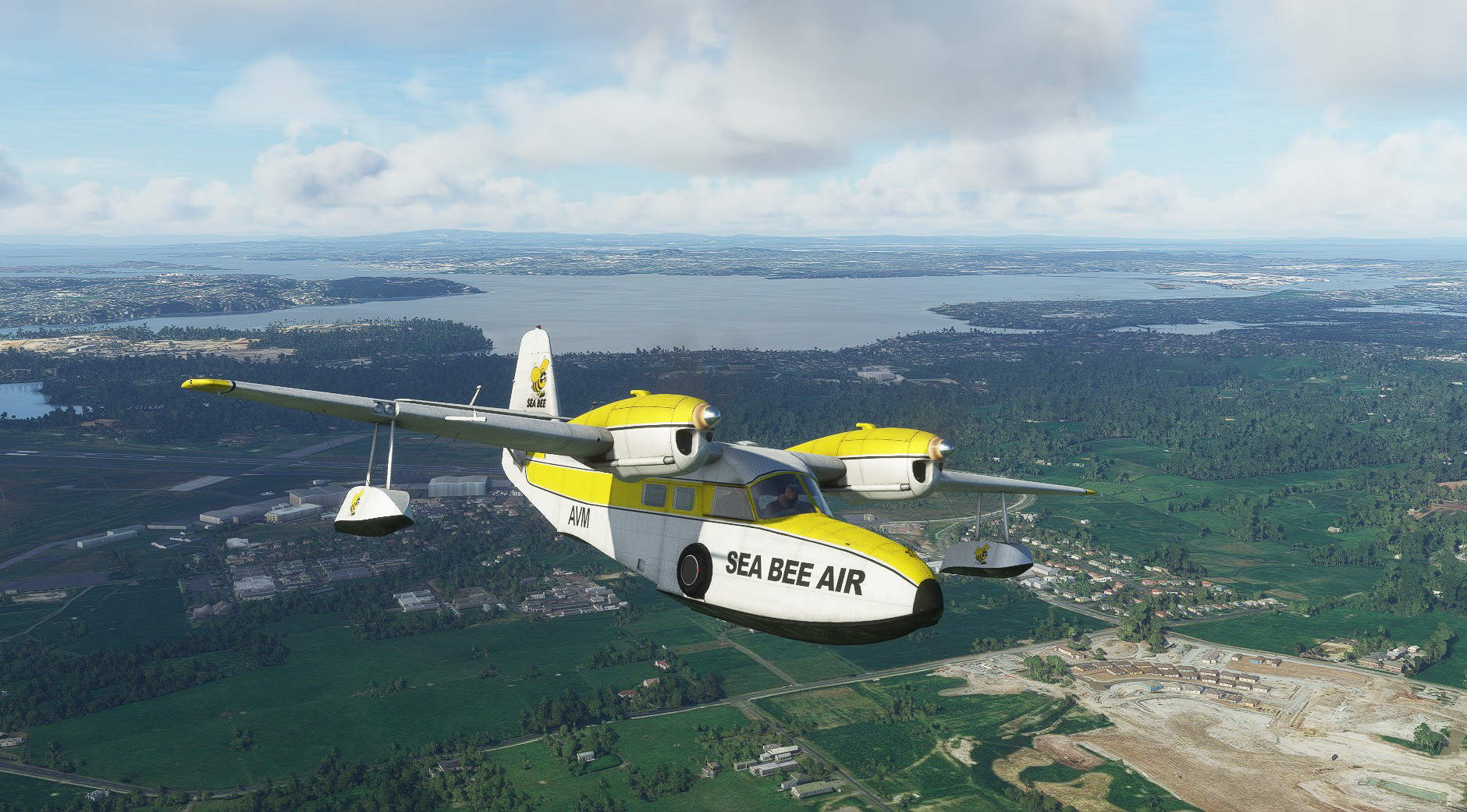 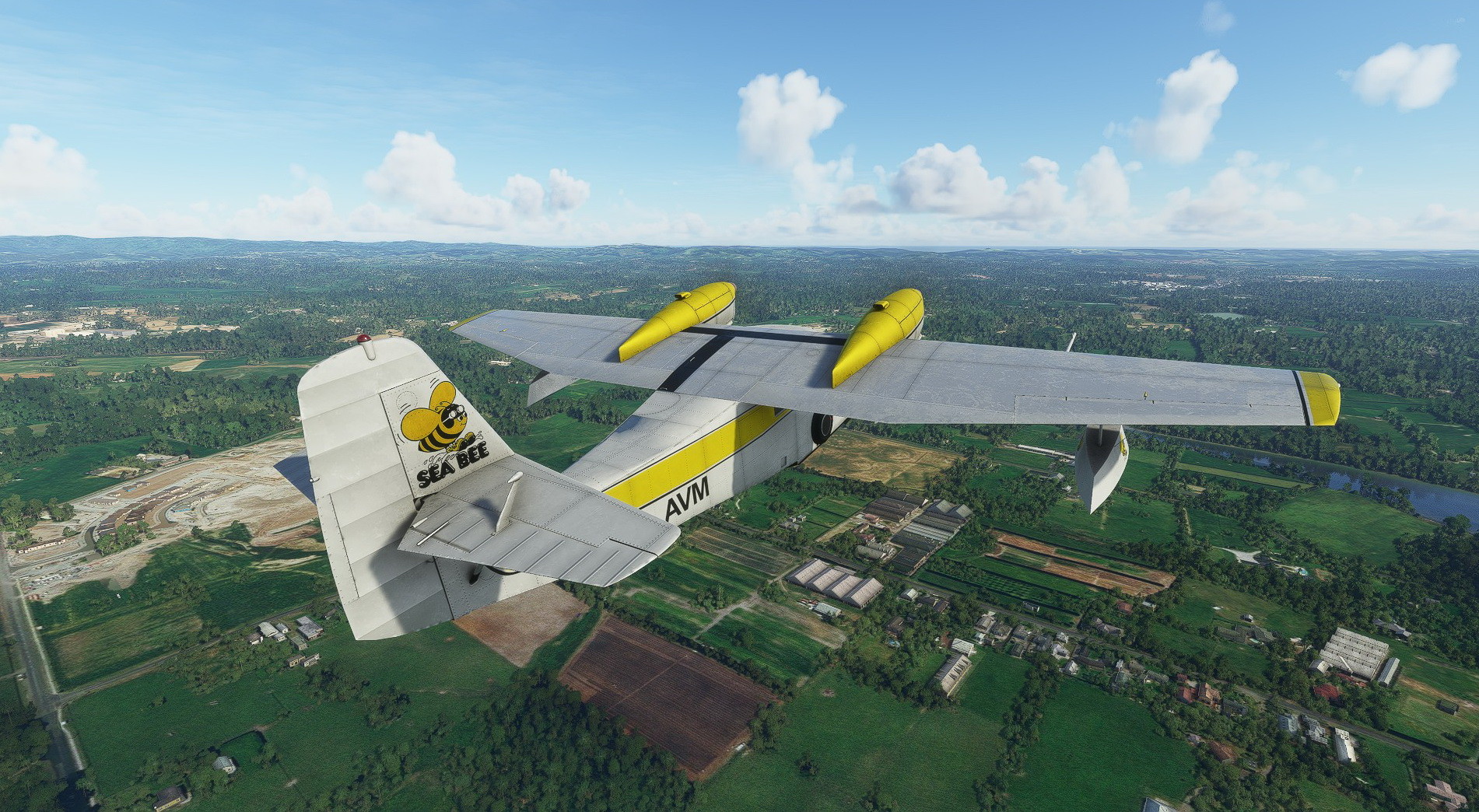 i’s ok…Let’s all let all those “devs” release their garbage ports from fsx so the world will know who wants a buck for selling garbage and who acually creates quality stuff for us who gladly will pay for a 2020 airplane textured model.
By the way,have you guys seen what the marketplace is selling now? That 13euro fighter from Sim Market

Good luck waiting for this. Remember , ‘Almost cooked’ and ‘two more weeks’ from months ago? Still, it’s freeware and the guy has done an excellent job with porting it over. No big deal. Timelines are just not his forte, I guess.

The aircraft was already released and flyable, he reworked a lot of stuff but he was also working an a payware P40, which is also already released. I don’t see an issue here.