I will be purchasing this in a few… Full review and screenshots later today.

First question: Is this really only 32 megabytes?

Apparently. Downloading this now. This will be interesting. Something is fishy. Also, who is Golden Age Simulations?

Seems like they’ve done payware for FSX and P3D: 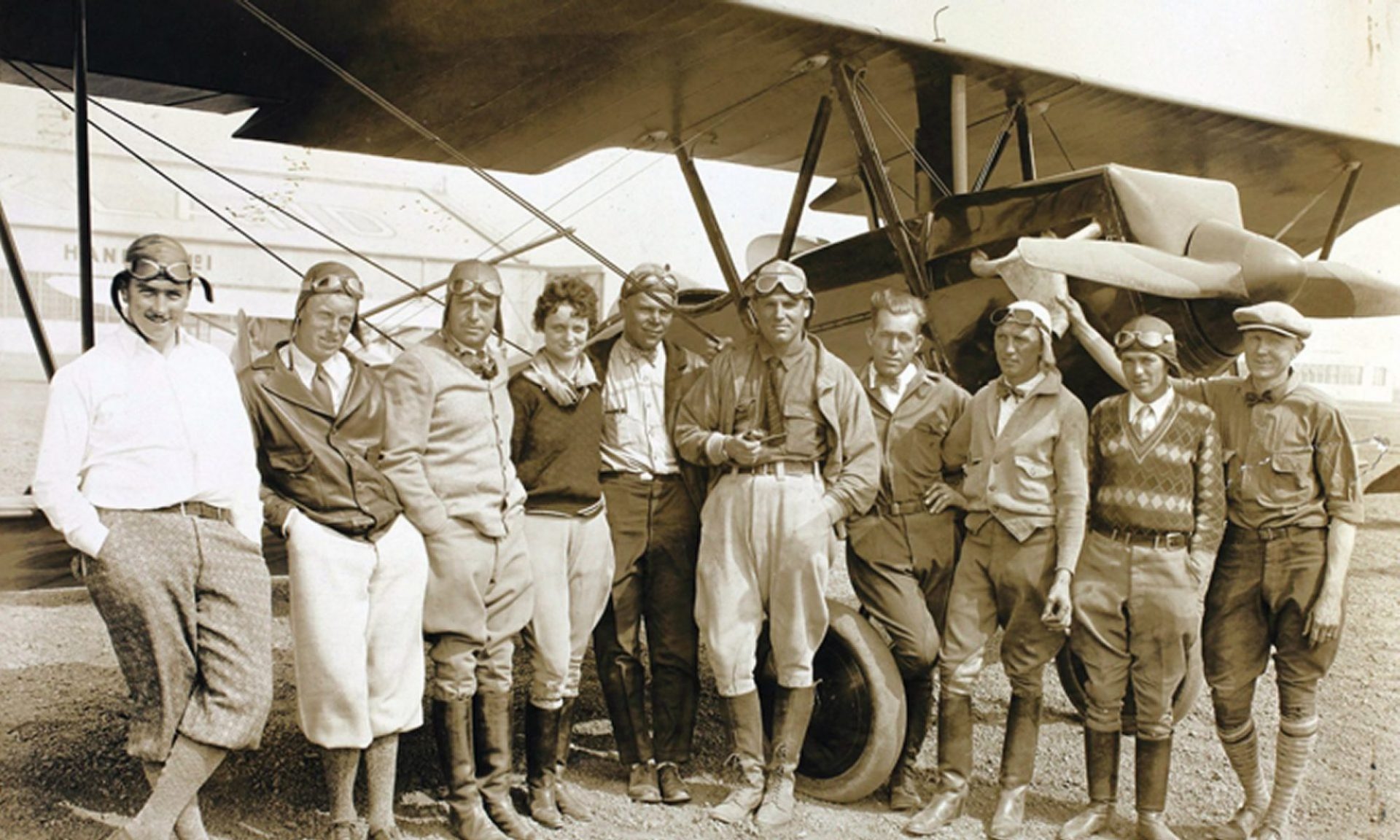 Looking foreward to your review.

Long time player in the FS business. Have made a niche for themselves with this era of aircraft.

Nothing fishy about them. I have a ton of their planes for FSX and P3D. They do a lot of classic aircraft that would be too niche for the big guys – like I have their awesome Fleet Finch for P3D, which is the airplane my great uncle trained on in WW2 in the RCAF. They have a couple of awesome Stearmans for P3D too, and they have one coming for MSFS.

Their website hasn’t been updated to add MSFS planes yet, but you can see their lineup for earlier sims there.

Good stuff. Simple planes, so not ultra-detailed from a systems standpoint, but they fly convincingly. And you’re probably not going to get a Brunner Winkle Bird, Fleet Finch, or Ryan ST-W from the bigger publishers. 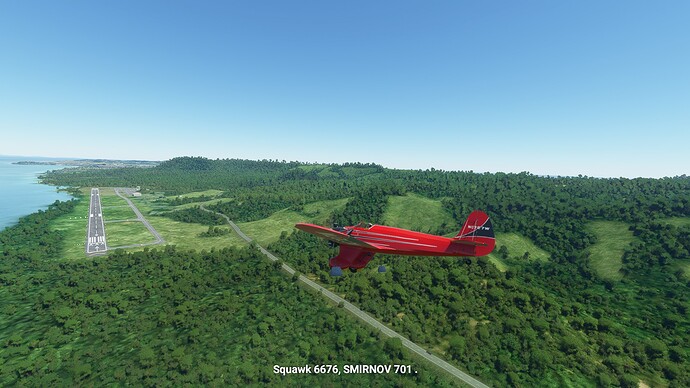 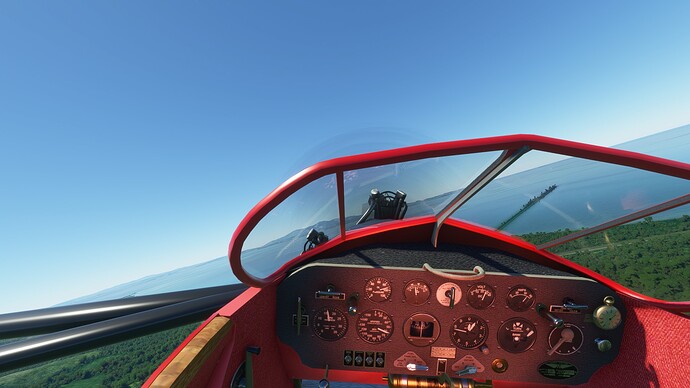 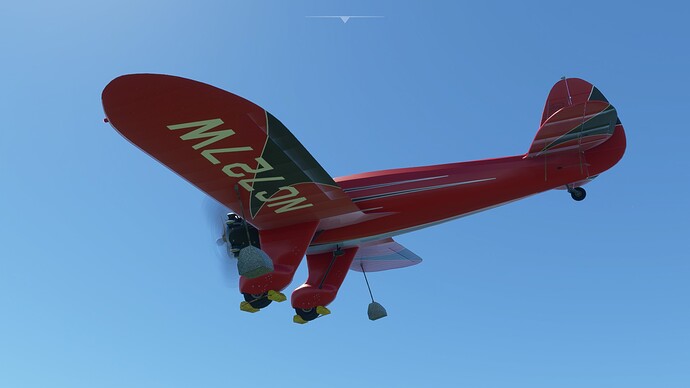 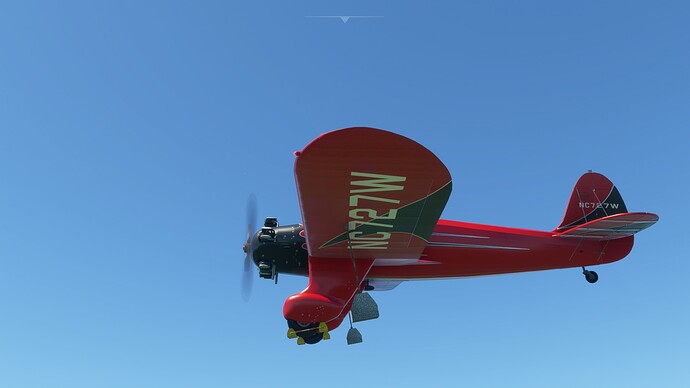 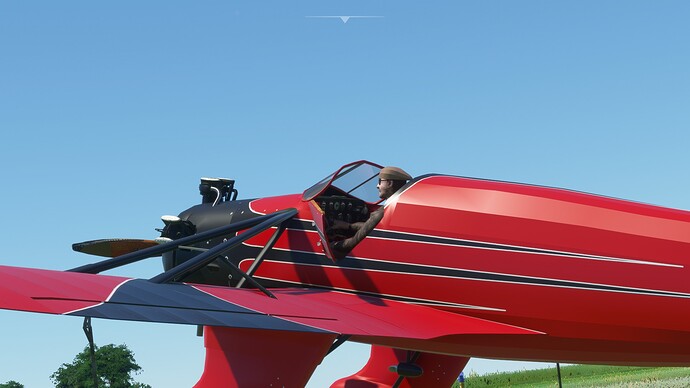 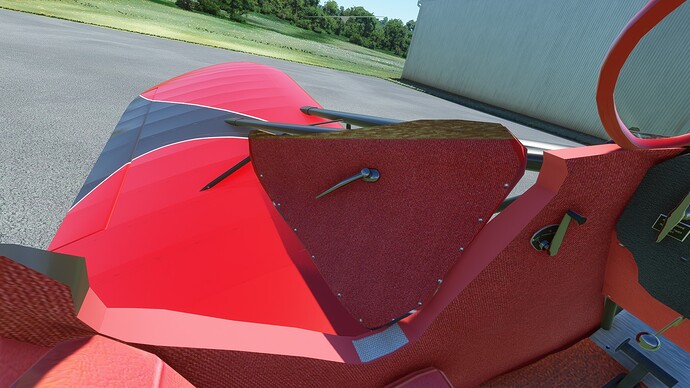 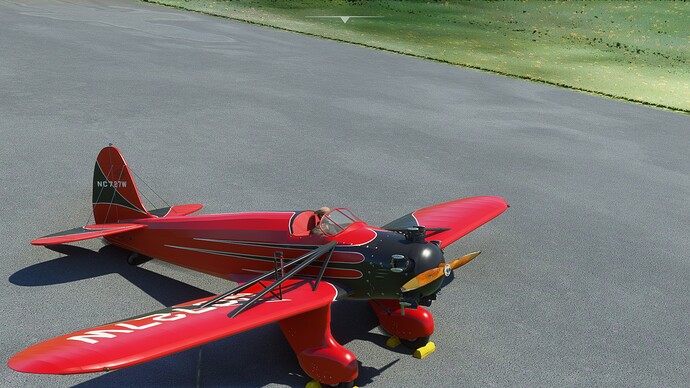 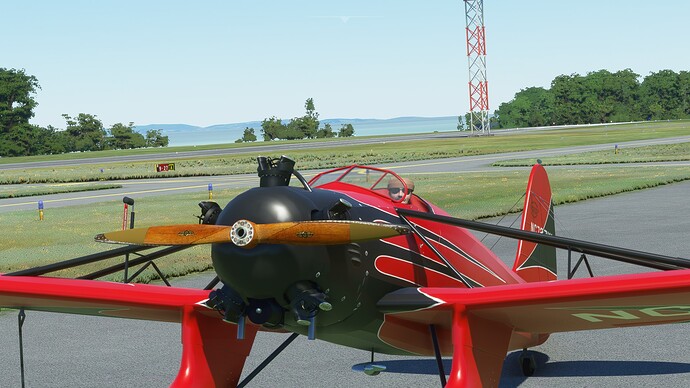 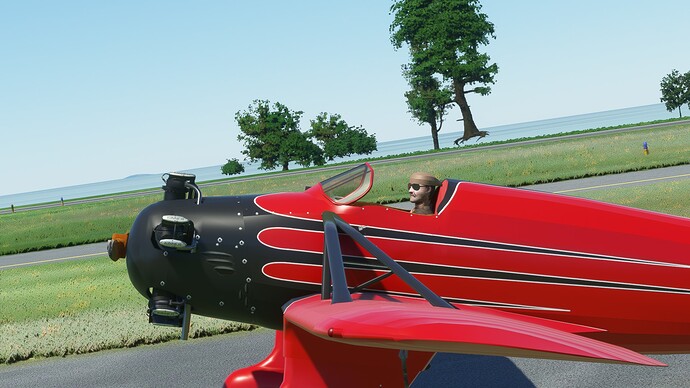 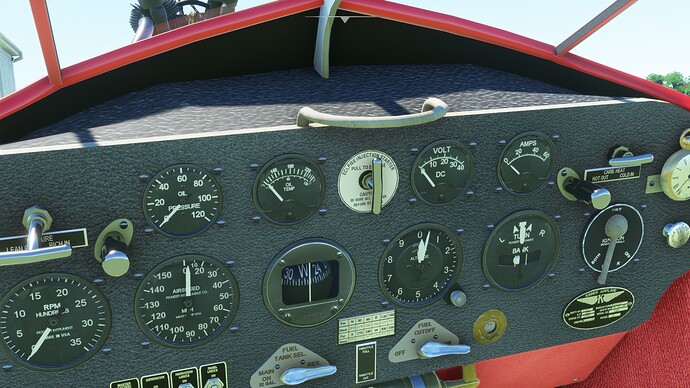 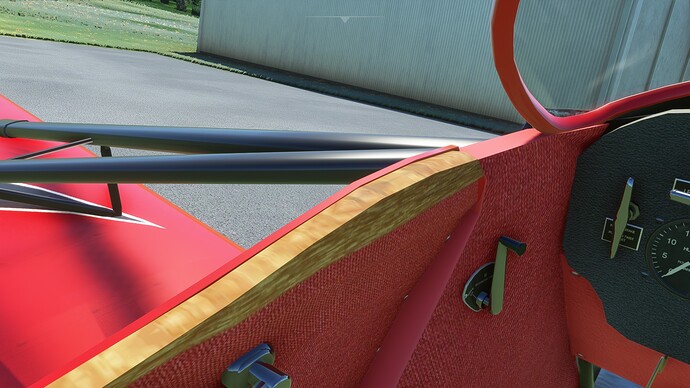 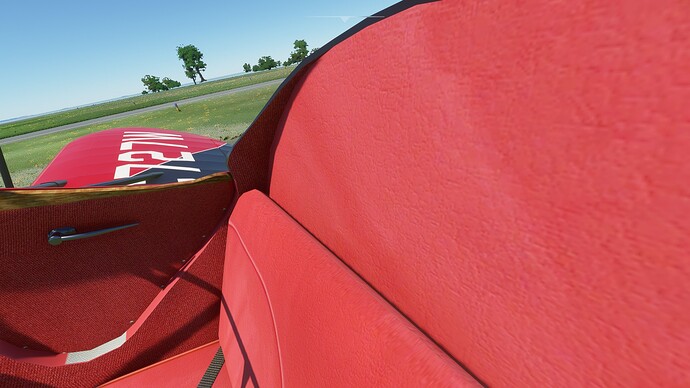 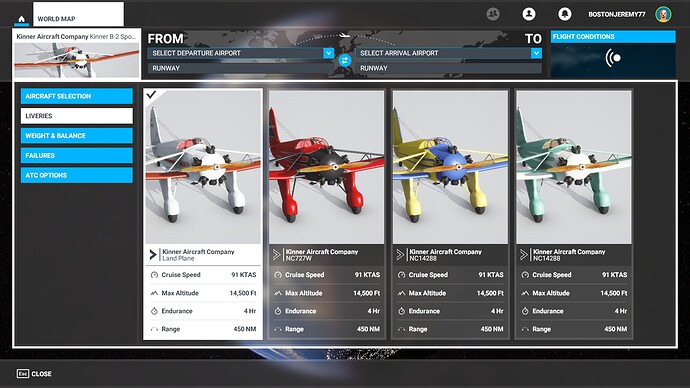 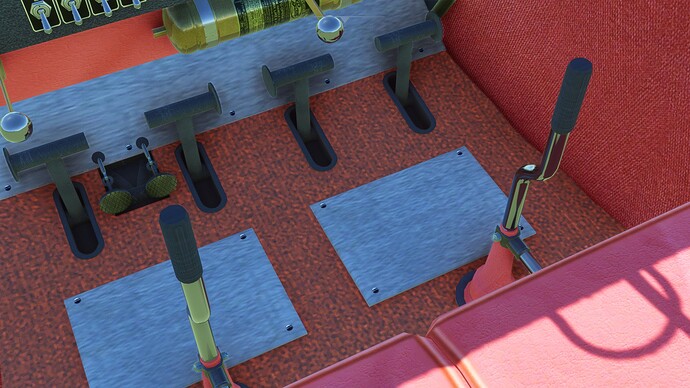 Marvel at THAT in the meantime.

Make sure to click on the image and view in proper resolution.

Check out this video for a quick overview of all of the clickable external stuff (open storage compartments, add cowling, and, at 1:55, remove the tie-downs and chocks)… 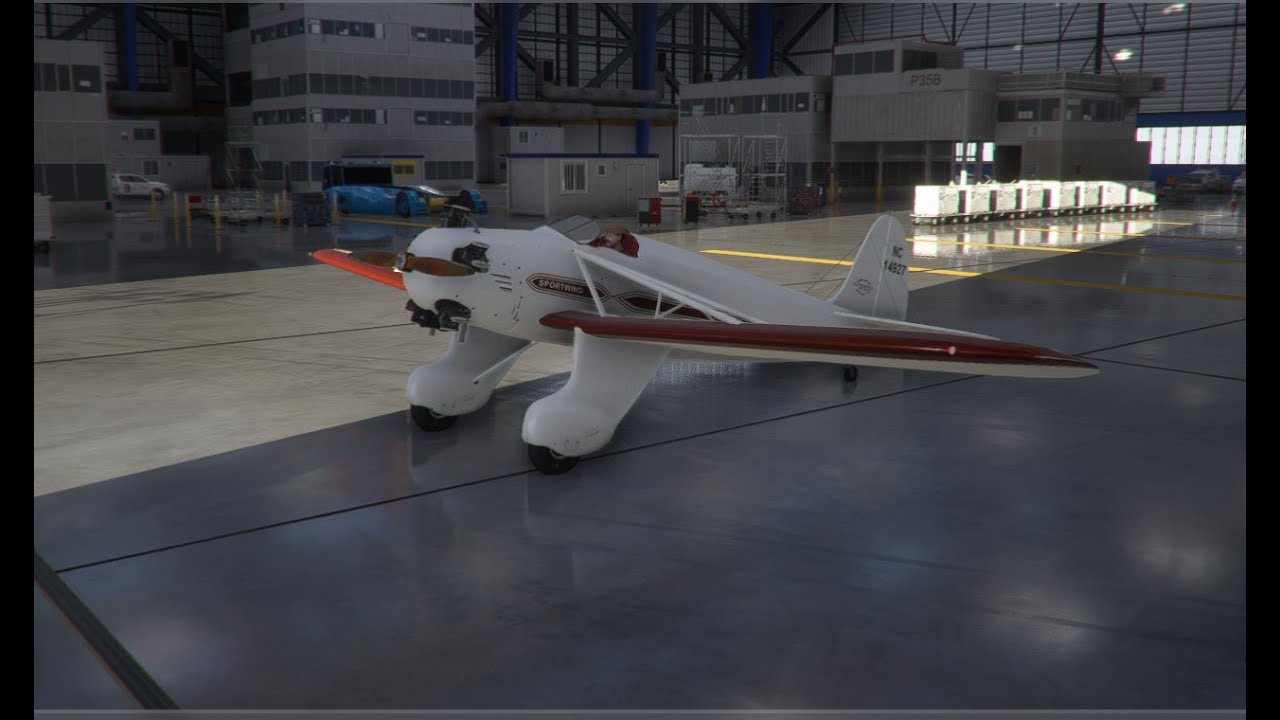 Initial flight: is it worth it?

No. More details in about an hour. Putting my daughter to bed.

I get they’re a legit add-on maker, but it looks very obvious that the devs really aren’t up to dealing with the extra visual fidelity possible with MSFS and what the market is expecting. I think they’ll need to seriously up their game if they want to carve out that same niche they have from the other sims in MSFS, because this isn’t going to do it.

Every once in a while you hear about the release of an aircraft you weren’t particularly expecting or even excited for at all… Such was the case with FlyingIron Simuations’ recently released Spitfire. I had no idea who Flying Iron was and I am not particularly an aficionado of old military aircraft. Then I hopped in the cockpit and what followed was nothing short of mesmerizing. Everything about the dusty interior of the old bird radiated magic - I was instantly transported back into the 1940s. The Spitfire’s Merlin engine roared and the meticulous work on the details of the old bird came alive - I was challenged, excited, and reminded why I have the passion for this flight simulation hobby. I was blown away, pleasantly surprised, chuffed to bits, etc… All I could say was: “Man, I am SO glad this is here and I have it!”

Unfortunately, in the case of this aircraft the question is: “Man, why is this here anyway? Who asked for this?” It’s not like people were hysterical about Golden Age releasing a Kinner B-2 Sportwing the way they are about Aerosoft CRJ or PMDG’s Boeings. No one was really expecting this one. And the way it was released begs the question WHY?

Let’s start with the download of 32 Megabytes. I was thinking “surely, there must be an issue with their upload - it was corrupted and hopefully the upload the full file soon!” I was waiting for my 7-Zip to say it’s an invalid archive. Nope, it unarchived properly. It came with an installer that ran and then I was presented with 4 liveries. Once I was inside the aircraft, the initial reaction was “Oh god, this is wicked ugly…” Those textures look like they came out of 1998. Instead of radiating passion and love for this historic bird, the only radiation was that of a desire to make a few bucks as quickly as possible with minimal effort. I don’t know Golden Age Simulations - I never owned any of their stuff on the sims of the years past, but this looks straight lifted from THOSE years. That carpet! Oh god! The wooden trimmings on the door! Oh ■■■■, that dashboard! Everything about it is borderline distracting. Let’s take a look at the outside - oh GOD! Why are curves of the windshield frame polygonal?

Who asked for this? Why did this need to be released? I just want to know, did Golden Age Simulations not care about the first impression of their VERY first offering for the new platform? People give grief to Carenado for their stuff, but what is THIS? This doesn’t even BELONG in 2021. Now whenever I think of Golden Age, I will have a picture of that ■■■■■■■ ugly low-res red carpet in my mind. Congratulations, first impressions ruined.

How does it fly? I quickly skimmed through the manual, impatient to do a quick circuit over my beloved TJVQ - the Vieques Island testing ground, so to speak. I noticed that the tailwheels are MEANT to be locked, but the simulator doesn’t model it, so it can only be done with a shortcut. Fair enough. When looking at the external model, I noticed a pitot heat cover, so I clicked to remove it. Then I taxi to takeoff and SLUGGLISHLY (as expected, I suppose) the bird takes to air. I switch to the external view, and OH GOD!!! How in the blue ■■■■ am I flying with tie-downs and wheel chocks still attached??? Why did they let me TAXI with them, let alone take off??? Yeah, granted, I am a moron and didn’t look/read carefully with my time limit, so I did it rather carelessly, but you seriously let me take off with those on?

The sounds are passable. It flies somewhat believable, but I would have to take it for a more serious spin - these are first impressions only. But now, however good/bad she flies, all I can see in front of me is that wicked ugly dashboard texture, 2D gauges, and a red carpet from hell.

This is $22 USD. The Spirfire isn’t much more expensive. Neither is Dino Cattaneo’s excellent work. The Jabiru by Iris! Why are THOSE people putting in the work and THESE people releasing this stuff like this?

Will this improve? Maybe? Hopefully? I have no idea. But it shouldn’t have come out THIS WAY. No one asked for this. I am a doctor by profession and a semi-pro musician as an additional occupation/hobby. If I prescribed a medication to someone and said “Look, it is what it is right now, maybe you can come back later and I will diagnose you more thoroughly, but here it is. Enjoy in the meantime. I will bill your insurance for this.” Or I released a record that SOUNDS like garbage and said “Potentially, down the line, I will have this remixed. I know it’s pretty horrid sounding, but… I will make it better later… Those who bought it will get a FREE download of an updated one if/when I decide to remix it.” Those comparisons sound silly, but they aren’t that much different. There is always a choice. There is that BASELINE quality mark below which you need to decide NOT to go. AT A MINIMUM, it should be presentable. This aircraft is nothing but corner-cutting at every step. BE BETTER THAN THIS.

Guys, it’s gonna take time. Like, years. He’s been working at learning how to develop for MSFS for over 5 months. This is his first release for MSFS. He’s been at this for a very long time, and he develops aircraft no other developer would touch. I for one am very happy he’s releasing for MSFS, and I find his planes very fun to fly, and they have been go tos for me in FSX as well. I love his taste in aircraft choice. How about do a little research before you run to criticize. He hangs out a lot at sim-outhouse.com.

Nobody is saying you have to buy it, just, get to know people before you “slam” them. Ok, slam is a little hyperbolic there, but, you get what I mean. I bet you’d get on with him quite well if you met him.

First, if you’re all about the visuals, Jeremy’s spot-on. Low-detail textures and a fairly low poly count compared to other MSFS planes mean this isn’t going to make the eye candy crowd happy.

However, I have zero regrets for my $20-ish. I get a chance to fly a very niche, very early historic monoplane that’s not likely to be simulated by the kinds of developers who are focused on making a living off sim development.

And this plane offers a flying challenge, not as dramatic as the Bleriot, but a 125 HP 1933 monoplane isn’t burgeoning with power, and if you have the flight model on full realism, you do have to fly carefully to avoid departing. It’s a fun little sightseeing bird. Has an optional hardtop, optional cowling, and four included liveries.

Yeah, you can take off with the chocks on and the pitot cover on, etc. But those are only on when you start cold-and-dark, and shame on you for not doing your checklist. These aren’t systems that are supported in the simulator, so I wouldn’t expect the plane to react to them, and those are just bonus eye candy that maybe the dev should have left out given the reaction above. (Or at least automatically disappear when the engine starts for those who didn’t remove them.)

Also, I think the sound is actually good and feels representative of an era radial in an open cockpit. 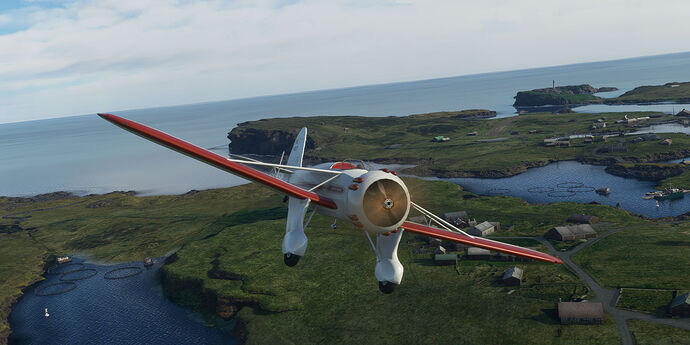 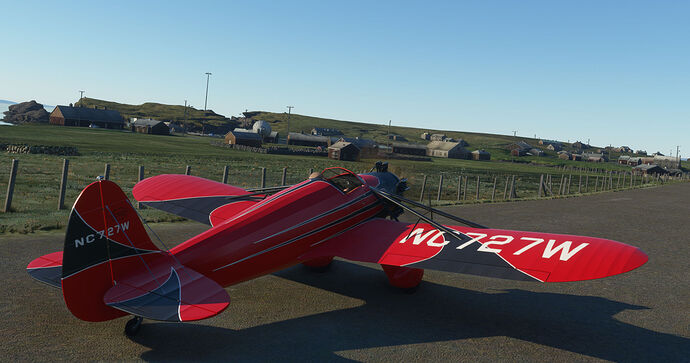 Yes, I’d love to see GAS up their texturing game. But this plane comes in at a low price, it’s a rare subject that appeals to aviation buffs and isn’t likely to come from a mainstream dev, and I think it’s fun and challenging to fly.

Rating: If you’re visually focused, don’t buy, at least not now. If you’re an aviation buff interested in flying an early era monoplane and can suspend disbelief when looking at the carpets, it’s a fun simulation at a reasonable price.

I am sure he is a swell guy. I MAY get on well with him! I love his choice of aircraft. His choice to release it THIS WAY doesn’t sit right with me. It’s the same deal with Bill from Lioheart. His stuff wasn’t as terrible, but initially, I gave him a lot of flack for his Trinidad. And then he improved it. A BUNCH. So if this guy does that, then we will talk later.

I hold no allegiance to unproved (to me) developers whom I don’t know. I can’t know everyone right away. But your product speaks volumes.

Yeah, you can take off with the pitot cover on, etc.

Sorry for the Offtopic. Why is ATSimulations on that list together with Virtualcol and Bredok? Besides a few bugs (radio, environmental effects inside the cockpit and maybe touch down sound), Piaggio is one of my favorite planes and I think it really flies well and looks and sounds great.

He’s not a freeware developer. He’s making a product and charging money for it. Criticizing the product is absolutely fair game, no matter how nice the creator is. A bad product is a bad product regardless. Additionally, Jeremy slammed the product, not the creator. Again, money was charged for this and it’s fair to expect better quality when compared to other add-on plane at the same or similar pricepoints.

Odd that some the screen names and email addresses posting comments don’t match those post reviews. How does that happen?