Check your audio output devices in Windows - Settings - Sound and in the sim itself. They get messed up by some combination of the driver installs and even some of the Windows updates. Usually the cause of null pointer memory access error.

You want to make sure they are set to an actual output device and not one of the motherboard mixers.

It will be such a shame if they release this build without the VRAM optimisation because the game ready driver isn’t available which stops the trees in the sky with the optimisation.

Then, you can get it by joining the Windows Insider Program. Looking at it, it seems easy to do.

Well, Asobo did state that SU10 would coincide with Nvidia driver.

If this does not happen, Asobo is going to get a big “Liar, Liar, Pants on fire”. Lol

So far no driver update from Nvidia and no statement from Asobo/MSFS.

it’s 10:19AM - everyone needs to reeeeeeelax … SU is going to drop and the driver I’d imagine shortly before/thereafter

The new Nvidia Drivers have dropped! 517.40 Hardware and Peripherals

The new Nvidia driver 517.40 has arrived. Hurry up and grab it be the 1st on the block! Bwhahahah

Not the game driver.

This is a studio driver, not a game ready driver

This is the Studio Driver!
Not the Game Ready Driver!

I am a programmer and code-analysist.
DEV calls it a driver and they’ve left the office already.

Is it possible to install the studio driver from within the Nvidia game force app as I can’t seem to find it as it says I have latest installed but that’s the last game ready driver? Please if anyone could help would be great, thanks!

try to find the link provided earlier in this post. 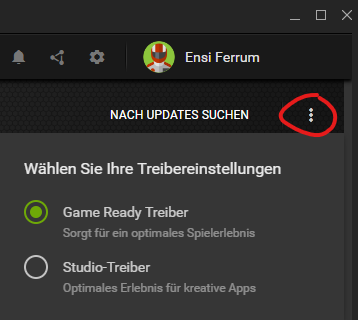 Don’t mess about with drivers now. See if Asobo have included the VRAM optimisation before spending time doing that.

If they haven’t, and they might not because of the lack of game ready driver, you don’t need the driver anyway as the fix it contains is for if VRAM optimisation is included in the sim, this optimisation was removed after the first beta build.

Either driver can be used for gaming. 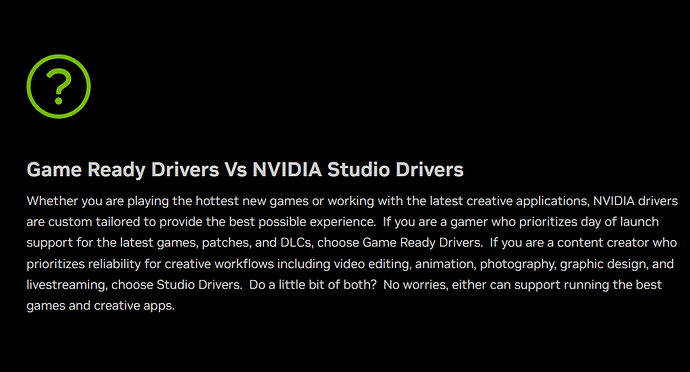 Thanks a lot all that replied and really appreciated

Please lets all relax. Personally I have no intention of going anywhere near MSFS for a few days. Not until I have an NVIDIA update and I read in the forum that all things are well.
No rush. Early worm catches a cold I always say !

Guess What?
I am now switching off Win10 and go sleeping…

Important for all Betatesters - summary: If you don’t drop out, you’ll be automatically enrolled in SU11beta: Beta Testers: New Information on Joining/Leaving the Beta

It’s crazy how Asobo don’t have a clear communication on this.

Do we download the studio driver or do we still need to wait for a game ready driver? This should be communicated by the devs.

Unless it is stated in the release notes, this will just create chaos and leave everyone wondering.

Even worse, we might not even get any driver update at all and not get the DX12 optimization and all this waiting around was for nothing.

Again, no communication at all.