Make sure you turn off the 'automatically optimize games‘ feature in the GeForce Experience settings. That can mess with your cfg file too afaik.

I have played a bit with the toolkit but still favour just running 100 render scales and max resolution using Virtual Desktop Ultra (2688*2784) at 120hz. With most settings on high (except Trees, textures, shadow map, precache and windshield effects on Ultra) and LODs at 200, I usually get 30fps (I set a 30fps cap) but down to around 25fps at busy airports or heavy photogrammetry, this is acceptable for me.

I think for the quest 2, the toolkit upscaling is useful if you have a slightly lower computer and/or favour FPS over resolution - I am probably in the minority with a high end PC and also settling to play at 25-30fps to get max res!

So after after a fair amount of testing I’ve settled on some settings.

Also by not only disabling sharpening in the FS2020 user.cfg , but also color grading and eye adaptation I was able to get clearer colors and image, not as washed out and blurry as it was before. I highly recommend that.

Refer to FS2020 Guide | OpenXR Toolkit how to change the cfg file. 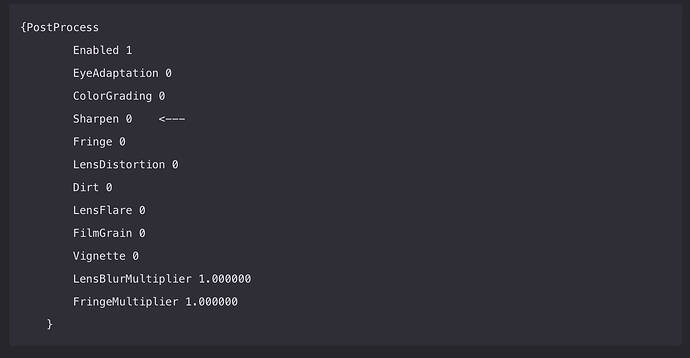 @everyone: if you post your settings, please mention the resolution showing in the openXR tool.

Running a Reverb G2 revised driven by a evga ftx 3080 ti ftw3. Here’s a link to my setting in another topic. Getting 40 fps, with short dips in the high 30s over dense metropolitan areas using these settings. I’ve since revised my OpenXR toolkit FSR settings to 84% scale, 66% sharpening to retain that FPS with a tiny bit better clarity.

With all the time wasted…oops I meant experimenting…with settings, I found that the #1 maker of best VR picture quality is…TA DA…the in-sim Render Scale’s effective resolution: the higher the better. Nothing bests that, though the FSR sharpening help a lot. I’ve seen a bit of what I consider unnecessary multiply placed scaling settings that seem to work, but behind most of them are a high in-sim Render Scale effective resolution. There is no escaping this fact, and unfortunately the higher the in-sim Render Scale, the lower the FPS. I got to have my 40 fps in VR so I take what I can get. I’m happy for those who can tolerate (or have modded their models to get around some of) the side effects of reprojection. Believe me I’ve tried it and for my tastes I really can’t handle any of its distortions, and I really don’t need to zoom around at tree and roof top level (at least not very often) so I’m content without using reprojection. 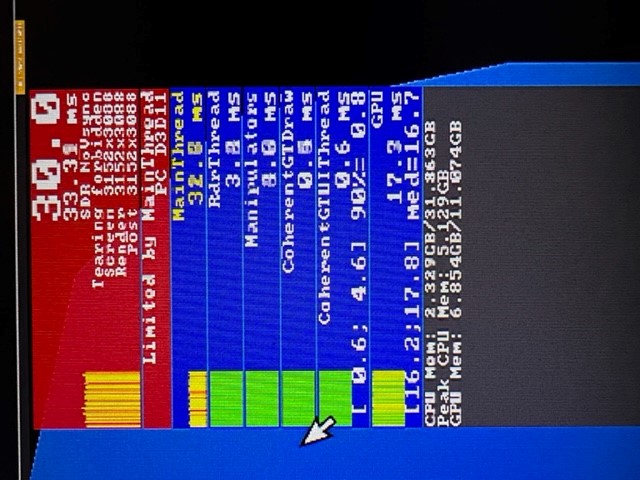 but not flyable. (hope we get there with software optimizations)
I think the end resolution in openXR toolkit is a good common indicator between different headsets. But also because you can end up with the same resolution using different scaling in all the tools available.

Anybody else noticing shimmer is being introduced even at 99% on the tool?

Yep, but then again, i get (ostensibly) the same shimmer when the tool is off too, so…?

Nice observation that collaborates what VR performance MSFS can deliver given the pixels its pushing out. As you mentioned at that level, it doesn’t matter what HMD is being used. Too bad that when MSFS displays the VR graphics setting it omits the render resolution which it shows in the standard graphics setting.

Asobo has announced that DLSS will be implemented in MSFS, though it’ll only be supported for DX12 (and hopefully in VR too). No build release was mentioned. Really looking forward to this, it could deliver the clarity/performance ratio we’re hoping for but it’ll be months before we know. The teasers that nvidia releases about 4090 also look promising, but no way am I going to be able to justify what it’ll cost, especially considering what I (over) paid for my 3080 ti six months ago, and that was at retail price.

30 fps seems smoother than when I was getting 37 fps before changing the Open XR Developer tool render scale from 100%. The clarity is amazing when the Open XR render scale is set at 150% and for me it’s well worth the slight drop in frames!

If you have a 3090 you should go 100 OpenXR 100 resolution. No need to compromise. Most settings Ultra/High

The key is to disable reprojection. No need. It feels smooth.

Just installed Open VR Toolkit the first time and I just would like to know, if the OpenXR Toolkit Companion app has to launched manually every time befor launching FS2020 or if the companion app is launching automatically when starting FS2020. Would be really kind to get an answer for it. Many thanks.

The companion app is only for configuration of the toolkit. It doesn’t matter if it is running or not when you are launching the sim.

If you want to make a change to the config, whether it be enabling or disabling the toolkit all together or editing the menu control bindings (or anything else) simply open the companion app and make your changes, then close it or leave it running, doesn’t matter.

You typically need to exit and re-enter VR in order for the changes in the companion app to take effect.

Many thanks for the information and it is working great.

Is there any perceivable difference in the sim between a 3090 and 3080ti?

I would be surprised… The main difference is the VRAM and I don’t think I have ever my GPU memory utilisation above 12gb (since the SU5 optimisations) and normally its far below 10gb.