The thing is that every pc is different… one million different combinations on hard and software. In THEORIE a certain sound driver can cause issues with your FPS because of resource blocking ( example ) … while i have a different sound driver.

Lots of people use nvidia 457.30 driver as its the most stable and fastest. However with me the latests hot fix driver us working better and give me around 3 fps more then the old driver lots of people are using. Also did see people with different network setting solving stutters.

The weird thing is … when a bug is causing a CTD at lets say … KJFK. Why would not everybody have it ? Because it could wel be it is not MSFS causing it … but another thing in the background that is loaded on one PC … and not on the other.

Everybody shouting at release day of a patch and lots of download issues … i just download the next day with no issue.

NO problem since day 1. So why don’t I not have all the performance issues … and i’m even playing on a LAPTOP … a bug is a bug right ?? So are the bugs with MSFS or is something else causing this ? LOTS of people are not even doing windows updates for example … but shout at MSFS

All these issues are weird … because there is no structure in issues. Some have this … some have that.

Lots of people complain … but the psychology is that the complainers complaint / shout andthe ones with no issue are silent. Meaning for the fast majority of people MSFS is working perfectly right ? Hundreds of thousands of copies are sold … just a few dozen complaining people on this forum therefore is a minority ( probably ).

Take the tread on the latest update 1100 posts in 2 days … but bot 1100 different posters. Its a few dozen or a few 100 at most. Thats not much when you take the total sales into account

I really hope this wil solve for all of you.

I have submitted a zendesk ticket. Usual response to turn settings down.

PC: MSI GT75 i9-10900K, 64Gb RAM, 2080 Super (CPU and GPU are desktop with no thermal throttling)
Monday on my benchmark flight from external view look from under the airframe forward with Ultra settings - fps locked at 30 and never goes below. All PC settings set for max performance and GPU at almost 90% with CPU at 40%

This morning on the same flight and view - 9-15 fps with stuttering, freezing, and terrain flickering. GPU at 40% and CPU at 27%.

I am very tired of this.

Microsoft and Asobo have accepted and admitted to the fact that there is a bug that is affecting many users with the 1.14.5.0 update.

So please don’t call us whiners when we report a real bug or problem.

And where did they admit this by the way ?

I sure hope they go against history here and get a fix out. Even on lower settings it has become unplayable. If I had my way, I would get a refund at this point. Now its just throwing time away.

There was a post in another thread saying they know its an issue and are working on it. You can look in one of the multiple fps threads and you’ll find it. I’ve already wasted enough time and labor on this.

You didn’t use that exact word, but that is certainly how you come across.

I’m am always a very friendly man to everyone here. But I don’t like the idea of someone insinuating that those of us having this problem created it ourselves and that we are just whiners. Basically you are criticizing us for reporting a bug.

I believe your statement violates the code of conduct of this forum.

Count me in as affected by the WU3. I had perfectly fine performance before but after this latest update I got half the FPS after not even 5 minutes from taking off. 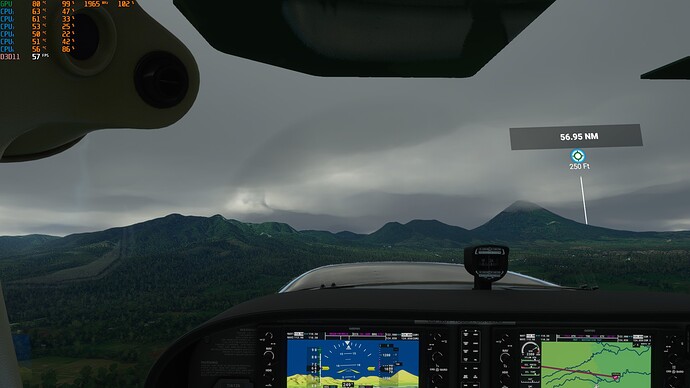 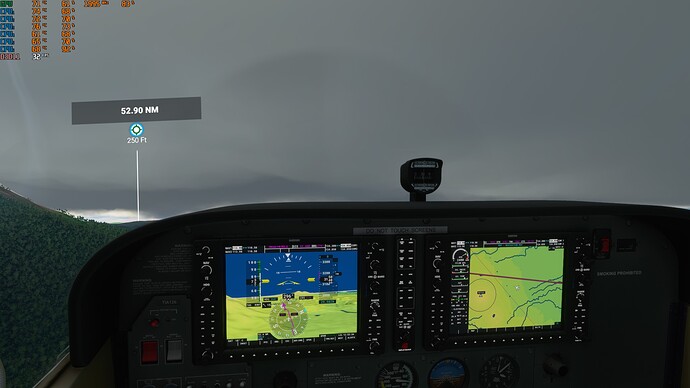 intrested to see what gaming laptop you have

i run an Asus Rog Strix Scar III with above mentioned i7 9750H and RTX2070 MaxP upgraded M2.NVME main drive and replaced Sata HDD with 4TB Samsung EVO SSD and have LOADS of stutters and major FPS drops from 30-40 to around 3-5 FPS because one Core/Thread suddenly spikes at 100%

The team is aware that performances can be impacted for some users.
We are investigating, thank you for your reports.

Earlier in this same thread.

That is totally false

I UNDERvolted the processor … and that improves performance a lot for me ( in benchmarks ) . Temparture is lower … less fan noice also and way more stable then with the spikes up to 5.2 ghz

I think Microsoft and Asobo know their software much better than any of us and they have accepted the fact the there is a problem.

Maybe you need to tell them what the problem is.

Hope a solution will help you out

Ahh I see a major difference. Could it be that ony ppl <32 GB memory excperience those issues? I unfortunately only have 16 installed and am waiting to finally get my 2 new sticks?

Also funny see this Screenshot after todays update.
Even though I hard set the FS.exe to Nvidia GPU it uses the IGPU not helping at all with performance

Nah don’t think so … because i see a lot of people with 32 and even 64 gb having issues.

I see a lot of 30XX owner complaining on performance.

People with 2000 series, 1000 series and AMD cards are also experiencing the same symptoms. Great frame rates before the update, unplayable frame rates in the teens after.

What are you using to get the stats on the top left of your screen?

Based on my experience with this issue and looking at your stats, its almost like GPU load is being pushed to one of the CPU cores.