For €30+ the minimum should be full functionality on all basic systems that I would expect from a Carenado plane.

Did I miss something or oversleep? What does the Phenom300E miscarriage have to do with Carenado?
By the way, yesterday’s update to Simmarket did exactly nothing

- still money down the drain!!!

What does the Phenom300E miscarriage have to do with Carenado?

Nothing. It was just a comparison of value since Carenado normally price their planes between 25,- and 30,- and offer fairly good working cockpits with decent functionality, which the Phenom seems to lack while costing more.

Well, the Carenado topic IS a thing. They promised to bring all their products into MSFS (with time and in undetermined order)… That means their Phenom is going to end up in MSFS and I am willing to bet, it will be the better implementation. That’s the one I will buy.

their Phenom is going to end up in MSFS

It already did - at least twice. As an illegal conversion on flightsim.to. Was removed each time.

Mod edit: In order to allow this post to remain up, link to pirated item (even though target site removed it) was suppressed. Thanks.

what it has brought or changed is unfortunately not clear to me. Map range can still not be changed from “5nm” and much more (or maybe someone has already found a button).

As a lover of all bizjets this was something i purchased Sunday knowing i was probably going to disappointed, and that I was!! All the issues mentioned above are still present (5nm range on map, no ability to change any of the radios/transponder)

Has anyone figured out how to get the WT G3000 to work on it yet?

This thing is beautiful model but a disaster with Avionics, this makes Carenado products took top shelf!

And again this bad product is associated with Carenado!? Why are you doing this???

Carenado may have long waiting times when publishing and updating, but they do a great job on every plane…

Can this please stop now… thank you

The Phenom 300E is from "Sim Federation"

Kind reminder, do not post links or discuss pirated items on this board. Let’s stick with legitimate freeware/payware (of which there are many). Thanks!

No one is trying to say this is a Carenado product. I have owned almost every single one of Carenado’s biz jets for P3D an Xplane so I’m very familiar with their product, I even assisted them with the Falcon 50 project. But their products leave a lot to be desired from a systems/avionics perspective if you know anything about the real avionics such as the Proline 21 or Honeywell Primus.

Sim Federations Phenom is garbage in its current state which is really ashamed cause its a beautiful model. Not worth what they are charging for it. Its pretty sad that they are using stock MSFS avionics and those don’t even work properly!! Hoping it gets improved over time because it could have a lot of potential with an accurate flight model and WT G3000.

Does anyone else have the issue where your flight plan from the world map is displayed on the G300, but not the lower PFD units? I also can’t even search for airports, etc. 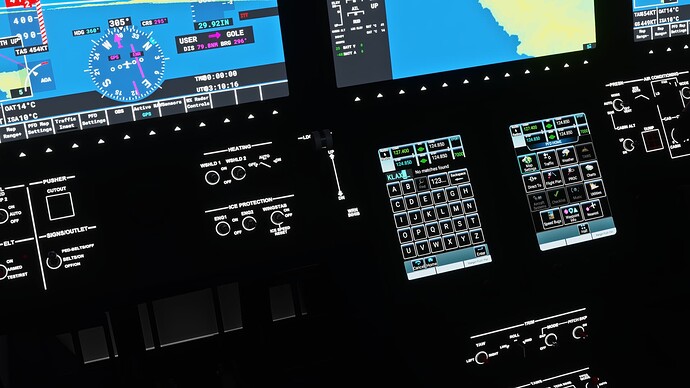 Yeah ive been working on the Phenom 300E myself using the exact same 3D model they used. They obviously bought it from the same website I did. But they put no effort into changing it and making it better. So sad…I could have charged $25 off someone elses work too but thats just wrong and bad. I was going to change a lot of things, like the section around the windshield, the switches are wrong, make the textures way more realistic, redo the buttons and knobs, make everything work as it should, add some things to the exterior…but anyways hopefully they will update it?

Definitely overpriced given basic missing functionality in the cockpit (eg oxygen test - just lazy like others have said), multiple CTD’s for me (haven’t figured out what’s causing it), incompatibility with WT G3000 mod, zero documentation of any kind that I can find (that could at least include operating parameters), not the best looking interior, and CJ4 flight model (not that I would be able to tell the difference but again for the money it should be as per the modelled aircraft). All in all, dissatisfied and shouldn’t have to be. We are in year2 of FS2020 and expectations are much higher than this. I’ve come from Aerobask 300 on Plane 11 and there is a MASSIVE functionality and realism gap!!

Aerobask. Now there’s a developer I’d love to see making aircraft for MSFS, but it looks like it’s never going to happen.

Oh well, i’ve been wrong before and I’d be really happy to be wrong on this.