FS2020 prides itself on being a sophisticated, realistic simulator, but one of the core components of realism is a good physics model, which this sim currently lacks.

Let me start off by saying this post is not meant to bring down the amazing accomplishments of this sim that I love so much, I’, simply giving constructive feedback that I hope the developers consider. When I first got FS2020, I was super stoked about the increased realism and thought it would outdo all competition with things like scenery and the accuracy of plane physics. I’m quite disappointed at the lack of accuracy this sim has in terms of physics. It’s super basic and lacks things that older sims like X-plane were able to get right. The accuracy of the physics model should have been one of the top priorities of the development. I’m not saying that Asobo did a terrible job here, but the attention to detail towards this very important factor was missing. I’m also surprised it wasn’t on the wishlists for the updates and bug fixes that came out recently. This isn’t the only issue that should have been addressed before the release, and I feel like the release of the title was rushed, and essential fixes were added in updates.

The developers claim FS2020s flight model was designed to work off of many different points, unlike FSX which only used a few. I expected the flight model to be much more realistic than FSX, although myself and other users have reported that they feel quite similar. X-Plane 11, the main competitor to FS2020 without a doubt has a better physics model. Here are some critical physics factors that FS2020 lacks or doesn’t get right: 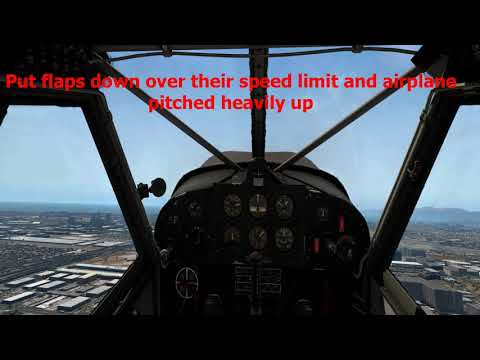 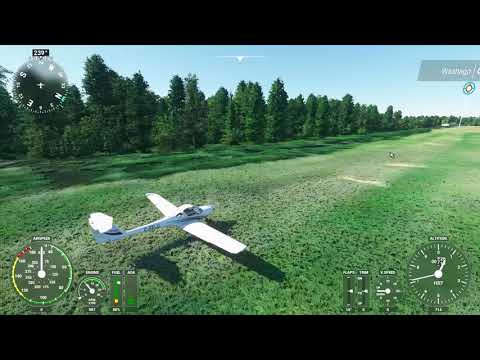 As of now, FS2020 is a marvellous flight simulator, specifically in its amazing scenery and weather details, though its safe to say that it is far from polished and perhaps not realistic enough for those using it to train. I encourage users to push for an overhaul into the flawed state of the physics dynamics, by voting for this post. Out of all the things holding this sim back from exceeding its competitors in realism and achieving its goal of ultimate realism, this is definitely one of those factors.

I’m hoping tomorrow’s feature discovery series video shines some light on what changes they’re planning for the future aerodynamics in the sim.

Totally agree! Kind of sums it all up

P-Factor: Myself and many users have reported that the P-Factor is completely wrong, and sometimes steers the wrong direction

Both + all other propeller effects

. There is some torque effect noticeable actually when stalling. But P-factor, gyroscopic effect, propeller slipstream and drag are not simulated at all.

Torque, or a simulation of such by other means, is definitely felt when on take off roll, requiring right rudder. I can’t say I’ve ever noticed an increase of left tendency as I rotate due to P-Factor though.

I’m not a pilot so this is likely unfamiliarity with real world experience of such things.

The PA-44 Seminole has counter rotating props. I’m not sure how that is simulated in the sim, but if the model actually has props spinning in different directions, would it be possible to modify one of the default single engine aircraft, and change the direction it spins, i.e. counter-clockwise?

If so, could you induce right tendency? Or is it all smoke, and mirrors, and it doesn’t pay to peek behind the curtain?

I don’t agree with this statement that you made one of the core components of realism is a good physics model, which this sim currently lacks and your choice of subject has an aura of drama/click-bait around it.

In general the physics model is good, in some aspects definitely better than any other flight simulator out there. Naturally there are also areas where it can be tweaked and improved. Which leads to your points. “Suggestions how to improve the physics model” would have been a subject that would made more sense.

Torque is not very profound during take-off roll, slipstream has a far greater effect, problem is that it disappears when airborne. If you would change the prop direction of rotation than the slipstream, torque, P-factor and gyroscopic effects should also be reversed indeed.

Its no better (I dare to say worse) than the FSX flight model. At least drag, propeller torque, slipstream etc. were simulated, props were able to feather etc. Flight dynamics on airliners are completely wrong. Ground effect is not modelled correctly etc. etc.

Absolutely agree. This is the main reason why I cannot be more than 5 minutes with this game. Another important topic is the simulation of the turbulence. It is a simple rotation of the fuselage on his axes. In the real life the entire body of the plane is moving with a feeling of instability and buoyancy and if you release the commands for a few seconds the plane loses its course and you have to constantly make small corrections. In msfs 2020 this does not happen, that is why the planes give the feeling of being on rails.

As of now, FS2020 is a marvellous flight simulator, specifically in its amazing scenery and weather details, though its safe to say that it is far from polished and perhaps not realistic enough for those using it to train. I encourage users to push for an overhaul into the flawed state of the physics dynamics, by voting for this post. Out of all the things holding this sim back from exceeding its competitors in realism and achieving its goal of ultimate realism, this is definitely one of those factors.

It doesn’t look like you’re aware of this, but you can’t vote on general posts. It has to be a specific bug or feature request. Your title / premise is too vague and impractical.

You do have some valid points, but a shotgun approach is not the way to get them fixed. The seed of promising growth in what you wrote is that in some areas, the issues are common to all aircraft. That means that indeed, they could all maybe be dramatically improved with less work.

Unfortunately, all of us seem to have a different idea of what’s the most important. The voting system allowed the forum to prioritize new features over bug fixes. So some of the “overhaul” work that might have gotten done turned into some attempts at quick fixes that helped in some ways, but broke other stuff. The natives, as usual, got restless and threw tantrums.

So here I am criticizing others’ attempts at suggesting – demanding, really – what Asobo needs to do to fix the planes and autopilot and ATC and physics in general. That’s unfair unless I think I have a better idea.

It’s similar to what you propose in that it is a general solution and not specific to any one plane or system. And here it is:

Asobo should focus on what it does well, and that is clearly not creating realistic flight models or aircraft systems. My solution is to quit trying, and instead enable the core functionality and interfaces necessary for third party experts to do the hard stuff.

That way we get the best of both worlds – an awesome looking sim with solid aircraft and systems included.

For accurate simulation of turbulence first the inertia needs to be correct. When experiencing turbulence the aircraft itself is not changing course or speed immediately due to its inertia, the angle of attack on the wing or stabilizers change due to the change in direction and / or speed of the relative airflow which in turn make the aircraft deviate from its flight path. I guess they could do a good job with the way the aircraft supposedly reacts to the environment with 1000 simulated surfaces if I have to believe the previous feature discovery serie about aerodynamics…

I agree. For some reason turbulence in a 747 doesn’t feel much different from an Xcub. The big planes shake like GA aircraft.

Interesting! That could be a possible long term strategy.

Add the funfact on top of this, that going inverted instantly reverts any icing effects on your plane…
Its a game, not a sim…

I appreciate your input, but I agree with @Nijntje91 here. I’ve flown the 172 in real life, and although the basic characteristics are solid, things like flaps and P-factor are very off. When I first took off in the 172, the P-factor and torque were so strong that I almost went off the runway. In FS2020 you barely need rudder input. I think the title was pretty self-explanatory and fair. It feels like they haven’t developed a new physics model at all. At this point it’s more of a re-development, or overhaul than an improvement.

What? Maybe present some examples. Other than some of the available unbound commands, (not normally exposed) not functioning, yet, when creating custom binding. I have not encountered a “default” binding that did not function as expected.

Asobo should focus on what it does well, and that is clearly not creating realistic flight models or aircraft systems. My solution is to quit trying, and instead enable the core functionality and interfaces necessary for third party experts to do the hard stuff.

Asobo needs to concentrate on developing a solid environment for the coming replacements for our default hanger queens. This includes both environmental effects and the exposure of the physics algorithms to the SDK. Of course stability of the program itself and the consistency of the currently implemented features needs some tlc. (weather, traffic, etc.)

No-one with real world experience, that wants a “real world experience” with this sim will be anywhere near content until we have aircraft in the hanger that behave as real aircraft behave. Each of those will have been painstakingly created, massaged, tweaked and retweaked to achieve that. Developers that specialize in that kind of work should be given the tools they need create those masterpieces. That is Asobo’s job. Create an outstanding platform for the ‘real’ aircraft to thrive. In a year or so, no-one will care if the default aircraft have the right “feel”.

most of the GA aircraft and flying VFR are incredibly realistic and perform as they do (or close enough) in real life. Airliners need work, 3rd party devs will fix that and some other hiccups here and there, all being ironed out though, it’s an excellent sim compared to the old ones, give it 2-3 years and it will be the best ever I have no doubts.

so many people on these forums complaining and I would wager 90%+ have never operated an aircraft.