Players should lookup RNWY in use

I know it’s just a game- I get it. But for the love of God- check the runways in use before you go barreling down the runways.

Also, don’t line up for takeoff when other players are on final approach. 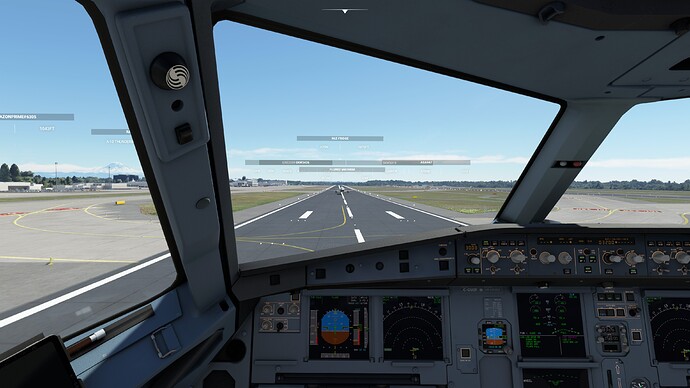 Just turn off multiplayer if it bothers you that much. There’s approximately zero chance that people on multiplayer are going to wait/look up runway in use.

Hahaha yeah sometimes you just got to shut off the multiplayer. Keep in mind that some people playing online might not be using real weather they might even be flying in rainy weather with wind directions opposite of yours. Would be nice to see a managed server environment that puts people in a live sandbox with coms or chat and the same live conditions.

Flew right through a 737 yesterday just sitting in the wrong direction on the active. Was told to go around, but I never listen to ATC anyway. Had a butter smooth landing all set up… why would I want to ruin that?

Also, don’t line up for takeoff when other players are on final approach.

You’re probably right. Just a minor annoyance is all. Now that MSFS is on XBOX, we can expect this behavior as the norm.

Would be nice to see a managed server environment that puts people in a live sandbox with coms or chat and the same live conditions.

The “Live Players” option only shows other players that are using live time and weather (and forces you to use that setup) at least.
But thats not a guarantee that players will respect the conditions in terms of runway in use.

As for comms, there is a thread in the Wishlist section, go vote if you like.

It will be nice if they do something like Role Play servers.

This behaviour was the normal before Xbox as well.

Not everyone uses live weather

Indeed. And even before, just take a look at all the hilarious youtube videos by Airforceproud95, like this one

Hmm, I could have sworn I’ve seen to have live players enabled and be able to run any weather I wanted… Will have to look again later.

That happened to me all the time. I thought, “My eyesight is not that bad!” After the third “Go around” call landing at KSAN in the DC-6 I decided, “Nope.”

I’ve been ignoring them ever since…

Not nearly as bad without question.

But then again, I never see any multiplayer on my flight sessions… Nor Live Traffic for that matter…

Maybe it’s because I’m connected to the SEA server.

Wonder if the Sim could be enhanced further so that when you are flying and click on an airport on the map, airport details come up like wind, Rwy in use, etc? Cheers.

I’m connected to the SEA server.

What is SEA server? Why would this matter?

I ask mainly because I too see no other players after the update, at least i don’t know if they are or just ai planes. I also don’t frequent large popular airports…so maybe that’s why.