When I read about this problem Friday morning, the very first thing I did on initial loading of MSFS was to go to the Content Manager. I did find updates for KDFW, KSWF and one landing challenge, which I installed.

I then flew for about 2 hours with no issues. I was online the entire time.

Just now, I fired up the sim and started setting up a flight on the ground at KBOS. As sometimes happens, I was disconnected from the server. A minute or so later, I was automatically reconnected, and sure enough, received the “packages out of date” message.

I doubt that the KDFW and KSWF updates have anything to do with this problem. Those might have been there for quite some time - anything in the Content Manager should be an optional update - (not mandatory) in any case. A while back I had a bunch of livery updates in there (probably for weeks) before I happened to go to the Content Manager and noticed they were available.

What I think has happened is that at least some elements of the upcoming World Update 4 have been pre-staged on the servers, which is fine - but if they are going to do that, they need to make very sure that those elements remain in an inactive “standby” mode, until the full update is ready to go, which won’t happen until Tuesday.

Or there may indeed be a beta test group that is configured to receive the full update now, but the server is mistakenly trying to push updated content to the entire MSFS user base, which is not ready for it.

Major updates are always preceded by an update of the main sim executable, downloaded from the MS Store, which has to be in place and running before any new packages can be installed.

I answered “no” to the message and shut down the sim until they fix this problem. I don’t care if I lose my logbook, but I do not want to lose all my carefully crafted and tested graphics and controller settings.

Make sure your settings were not reset. Mine was - not only graphic settings, but data was off! So it won’t connect and no photogrammetry or satellite maps. I turned it on and it resumed OK.

So you know: I had greyed out Martketplace, Live Weather etc since 2 days.
I went through a full reinstall and it sorted it out somehow …

I uninstalled then reinstalled the xbox live program and that seemed to fix this. At least for one flight, however then the voice for ATC quit working. I tried a number of changes, and nothing worked. I’m trying one more to see if that will help.

Got everything working again, and log book is still there.

Here is what I did.

1 Go into data and turn it on in MSFS

3 Then you will get a screen that says Hit any key to continue. Do not do that, just close MSFS with the X in the upper right corner.

Hate to pontificate too much, but my thought is that during these still very early days of this highly complex simulators deployment, if you want to minimize issues and not become essentially a member of the “tweak and test” community, just stick to the defaults as much as you can tolerate…

Ah yes, the victim blaming crowd is here to beat the people having problems into submission.

This is a server side issue that has nothing to do with installed mods.

I also encounter such a problem. After I log in to my account, the pop-up box will pop up in the main interface of the game and tell me that the data packet is expired. Click back to the login interface and I will lose all my flight records and achievements!

I did that and it worked. Thank you very much.

Looks like many many have the same issue, I do not get it but reinstalling the full packages did the trick and I have everything back incl logbook. I do not understand why coz removing the sim was not enough, unfortunately had to remove and DL the whole stuff again, it does not make any sense. I took a backup of my community folder and put it all back in and no issues, so not mod related. I really don’t want to go through DL 155GB again…
The only weired thing was that when running FSUIPC I had the repetitive “press any key” over & over but removing and reinstalling FSUIPC did the trick though.

This, my flight simmer friends, is what my children would call “dog water”. Don’t really get it myself but it is pretty sad. Sorry to all of those who have lost all of their stats.

I lost all my flight records 365 hours, The most troublesome thing is that there will still be error pop ups after that, no matter what plance you use, no matter which airport you are in, at after then, my whole game will go into offline mode. 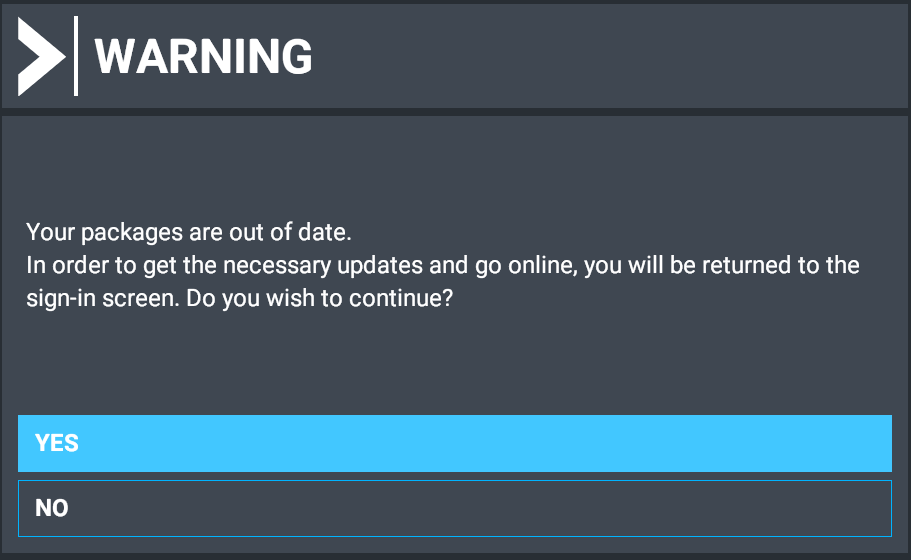 Please don’t get me wrong @TrimPickart, I hope this is not a valid solution to the current bug… it is expensive and time consuming for some of us

@camechi I have no idea … I am just reporting what sorted my issue but honestly I do suspect an issue on the server side, considering the amount of people having the same issue as we do, incl @SmallLangLang that I also went through …
What actually made me redo the whole stuff, was: I did log-off from my account into the Sim, then when trying to start the Sim again I go an Xbox logo asking be to connect and it just hung up on me there. Re-sinstalling without the whole packages did not work

Nothing have been fixed, right?

Yes, I read the previous reply that it seems that the problem will be solved by re installing the whole game.

Nope. No luck with that one…

I’m sure it is a question of time before they sort it out, cannot be otherwise …