I’m not sure if I’m just doing something wrong, but whenever I throw her in autopilot the plane seems to fly tilted up. I first noticed on approach one time and thought it might have been my airspeed, but it wasn’t. I was definitely going fast enough to keep my set altitude. Anyone know what’s up? 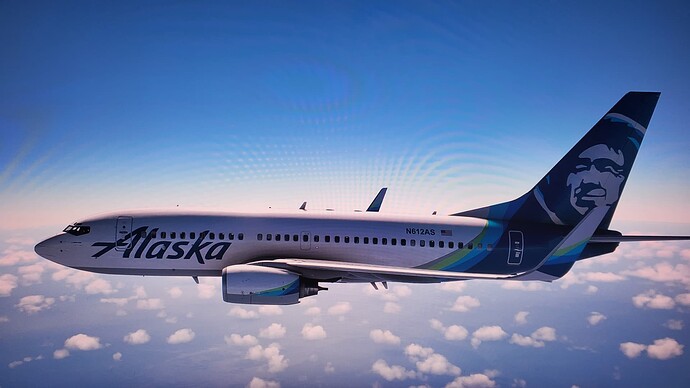 I noticed this in the 747 and 787 as well from release. I not sure it’s not normal but could be wrong.

That’s similar to an MCAS behaviour… Not sure if it’s that, though.

I’m thinking it’s a center of gravity issue. Too much weight in the back.

Interesting, I noticed that too that sometimes when flying straight ahead that she is having the nose up. This normally happens only when flying slow or with flaps out.

Thanks for mentioning this, I will have a look on her AOA the next time I am flying straight ahead with autopilot on, VSI +/-0, and at least 250 knots.

I’m thinking it’s a center of gravity issue. Too much weight in the back.

You know what, you might be spot on. I never actual weight manage and I’m flying the 737 however it’s pre configured. I’ll give this a try and see if it helps! Thanks for that suggestion!

And that´s why the PMDG 737 should get some nice FlyPad™ just like the PMDG Cloudmaster.

MCAS is the nose being pitched down in response to a perceived elevated AOA angle, not nose up.

And no it definitely wouldn’t be that as it’s a feature only found on the MAX aircraft.

At high altitude the surface lies below your horizon in horizontal flight. So maybe it is an optical illusion? You can use HUD to show the horizon.

NO Airliner cruises completely level, there is always an element of Pitch Up , or Angle of attack
ALL flight attendants will testify that they are pushing the trolley UPHILL when coming from the Tail end

I saw someone on a Facebook group ask about the 737 at cruise having a nose up attitude. They posted a pic of the flight director showing about 3.5° inclination. Someone else posted a photo a real 737 flight director and it looked almost identical, I was actually quite impressed with how close the PMDG picture was to the real thing.

Just look at your PFD. As long as the VS is not going up or down (and even then it will occasionally oscillate up and down) you’re in level flight.

Every 737 version has her nose tilted up at 2.5° angle when flying straight ahead above 20.000ft. The Cargo the BizJet and the passenger version.
Variometer is fully stable and autopilot flight. 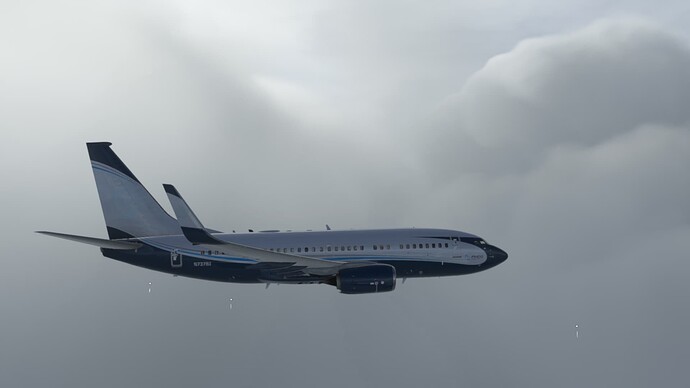 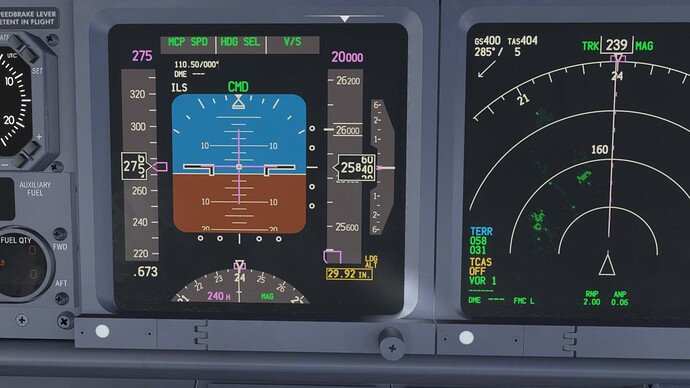 I wonder if it´s a center of gravity thingy or a small flight physics bug the engineer made while creating the whole bird back in the sixties. Maybe the wings don´t produce enough lift force so a slight AOA is necessary to fly straight ahead without loosing altitude.

Putting on my dusty old aerospace engineer hat (graduated 32 years ago this week - sucks to get old!) …

All airplanes with aft elevators cruise at a small nose-up attitude. That’s because they are being pushed up in pitch by the horizontal tail pushing DOWN behind the CG. It’s almost impossible to trim an aircraft perfectly level due to shifting CG as fuel is used, passengers move around a bit, and winds/weather change during flight. For dynamic stability reasons, it’s easier to maintain a negative-feedback loop with the nose up very slightly than with nose down. With a slight nose-up attitude you’re getting a little bit more drag than with the aircraft completely level, but you’re gaining dynamic lift from the body, so the trade off is worth it, especially in light of stability concerns.

The angle is typically small - preferably under around 3.5 degrees or less. That exact angle can and does vary a little bit but the tl;dr is, it’s perfectly normal.

Interesting!
Here is the tilt at maximum ceiling height in a real 737: 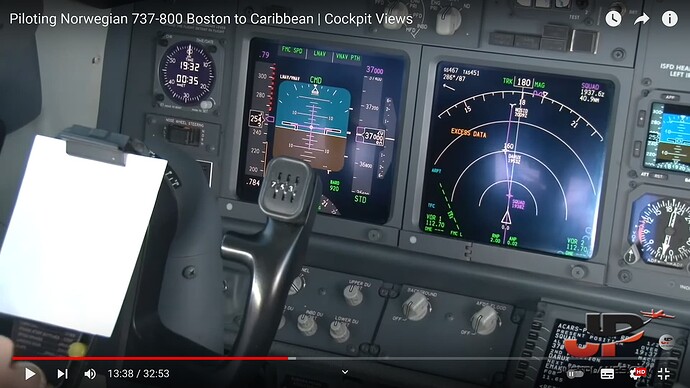 Thanks for the awesome replies. I knew that planes could cruise a bit tilded up, but for some reason the 2-3% with the 737 was jarring to me lol. So I thought something was wrong. Seeing that this happens in real life confirms things, I guess I just have to get used to it

PMDG promised an EFB tablet included in a future update for the 737 family. My guess is that it will feature Simbrief/Navigraph integration, some sort of weight management page and possibly some data coupling with the FMS.

SimBrief integration is already working anyway. Although not a direct API integration, but you can still download a PMDG .RTE file for the flight plan route, and the .WX file for the Wind information. Then after copy and pasting it to the PMDG work folder for each respective type, the aircraft can read both files and you can load those flight plan and wind data directly.

Then after copy and pasting it to the PMDG work folder…

If you set up the Simbrief Downloader application correctly with the proper file paths, you don’t even need to copy/paste.