Problem - Deviation to the right upon touchdown

I was landing on KMDW RNAV 31C Z yesterday under relatively calm winds (8 kts) and noticed that my plane deviated to the right upon touching the runway. I figured I must have done something wrong so I re-did the landing 3 times and I kept experiencing the same problem. So I started to wonder: is there something I’m doing wrong, or is there something going on in MSFS?

I have a video of the first landing showing the issue: MSFS2020 - Working Title Cessna CJ4 - Skewed Landing - YouTube Anyone else have experienced this?

You are experiencing the weathervane effect, as the wind pushes on the tail, and the nose pivots around the wheels into the wind, requiring left rudder to counteract, as well as increasing amounts of aileron input as airspeed drops. 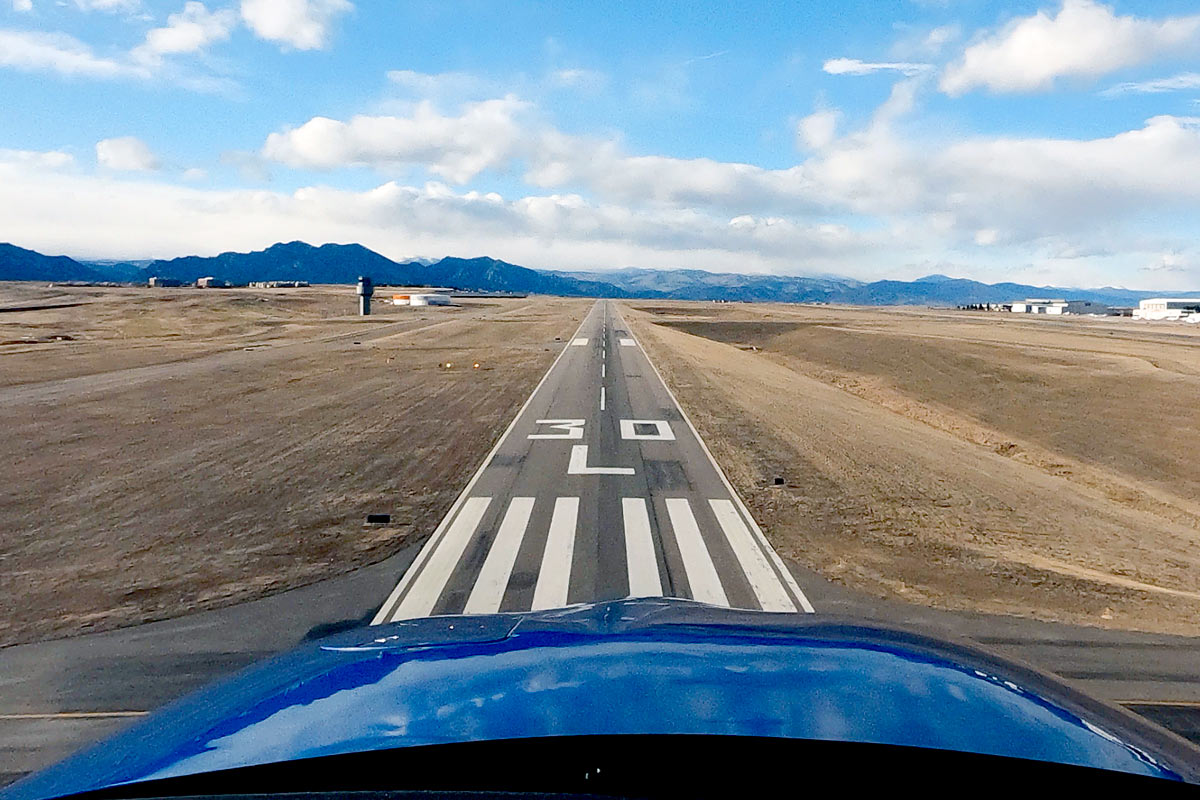 Why You Need More Crosswind Correction During Your Landing Rollout

Flying a crosswind landing doesn't stop when your wheels touch the ground. Here's why it's so important that you continue to increase crosswind correction as you slow down during roll out.

I am aware of crosswind, its effects and how to perform a crosswind landing, but in that case I have to correct this with aileron (into the wind) and rudder (away from the wind) way before touching down. In my video I only start deviating to the right the moment I’m touching down.

Are you sure this is a wind effect at only 8 knots?

Absolutely. The magnitude of this effect, and whether the sim exaggerates this effect has been debated, but if you remove the wind, the other forces affecting the plane induce a left turning tendency.

Repeat your flight, but this time have the wind come at you from the left.

In my video I only start deviating to the right the moment I’m touching down.

You failed to apply the correct wind correction angle on short final.
At 0:10 you are flying pretty much runway heading but you right of centerline.
At touchdown 0:25 the crosswind pushed you to the left and hence you touched down left of centerline.

As soon as the wheels are touching the runway, your aircraft doesn’t drift anymore to the downwind side, but weathervanes into the wind.

The weathervane effect seems to be heavily exaggerated in the sim. An 8kt wind from 5 o’clock could be enough to push you to the right. My money would be on that vs an issue with the WT CJ4.

Just retried it with the same wind coming from 7 o’clock and I more or less experienced the same, but now opposite deviation. So okay, weathervaning it is. Just a lot more than I expected for that wind speed. Then again, I’m not a real pilot so I didn’t know what to expect.

Crosswind landing setup it is then, even for 8 kts of wind

Thanks for the replies.

Yup. Not being a pilot myself, I can’t speak from personal experience. But there have been a lot of comments posted by folks who are pilots saying the weathervaning effect is too strong. What I see in the sim seems to line up with what they say.

I’m not flying the CJ4 in MSFS, but the combination of the low approach speed with the rather big T-tail
most likely causes noticeable weathervaning, even at low crosswind speeds.

Crosswind/weathervaning has been definitely improved with SU IV, at least with the C152 and 172.

Crosswind/weathervaning has been definitely improved with SU IV, at least with the C152 and 172.

It’s definitely better with the 172, but the slightest crosswind still veers you off course to the right, even on full takeoff power where the effect from the prop should be countering a mild 2kt breeze from the right side.

If I’m wrong here, by all means, please correct me.

2kts aren’t noticeable IRL. Sounds way off. Have to test ASAP.
The problem used to be the gusts prior to SU IV…but there are none anymore.

A flight in particular where this was very apparent to me was Saturday afternoon. I took off at CNC3 and had a 2kt wind from my 2 o’clock. I had some pretty extreme left rudder to keep my plane from veering off to the right during my takeoff roll. I reiterate that I lack any real world experience here to match it to, but from what I understand, I should have been applying right rudder due to the prop wanting to pull me to the left with that light of a wind.

Ditto upon my arrival at CYGK. Landed with a wind of 4kt at from my 1 o’clock and once my plane touched the ground, I basically had full left rudder to keep it on the runway. It just doesn’t seem right to me.

That’s very strange. 4kts from 1 o’clock is non-existent.
I’ve did a few tests with the 152 and 172 and even with direct 15kts crosswind I didn’t need full rudder to maintain the centerline.
I experienced weird rudder problems with the Extra and the Pitts after updating to SU IV.
Only cycling the flight model from Modern to Legacy and back fixed these problems.

The C172 (steam gauge) is my most flown plane. I’ve always found weathervaning to be rather extreme. It seemed to be better overall after SU4. It still felt somewhat exaggerated, but didn’t seem quite as bad. That’s why on this particular flight it stood out to me so much. I was really struggling to keep the plane on the centre line.

That said, it could also have been incorrectly reported wind in the sim causing the issue as well. My GNS530 did seem to match up with what the windsocks were showing though. In any case, it was very noticeable to me and felt just wrong.

I just landed with 20 kts crosswind coming from the left, pushed full rudder right and when I touched down I was still drifting left. I verified my controls were correctly centered and calibrated, and they were.

Landing a Cessna Citation CJ4 with crosswind is broken. Too bad, because I really like the fidelity of the Working Title mod.

Crosswind effect/weathervaning is excessive in the sim and seems to have become worse in recent updates.

I wish they would focus on simulation and plane improvements instead of world updates. But the eye candy is what sells, so that is that. I saw an interview with a developer saying that they will focus on sim/plane improvements, so at least we won’t be forgotten…eventually… in a few years

I just posted this to Zendesk so that at least it will be on record, as we cannot assume comments made in the forum will be read by MicAsobo san.

"The crosswind effect/weathervaning is excessive. It particularly affects small GA aircraft causing unrealistic runway deviations during takeoffs and landings, particularly at the point of touchdown.

I am retired now but I have flown all kinds of aircraft from gliders to 4 jet aircraft and although in severe crosswinds and turbulence things can be a bit of a handful I never experienced handling difficulties with slight to moderate crosswinds as experienced in the sim."

Did some landings with the Cessna 172 (G1000) and the effect was much less pronounced (at 20kts crosswind!). So it’s definitely a bug to experience worse effects with a jet like the Cessna CJ4. I think that can conclude my topic

There are a number of threads dotted about explaining what is going on. If you wanted to get an official response, I had a thread in the Dev Q&A group to ask them about why crosswind works as it currently does. One working theory is that this is not a bug, but a deliberate action because they couldn’t get static friction to work correctly. So they turn off crosswind if the plane isn’t moving.

I have seen first hand the Grand Caravan, while parked on the side of a hill sideways move slowly up the hill! I even made a video of this in action.