Saturation was probably the wrong term, though there are some chromatic aberrations occasionally on the edge of clouds.

Post patch, flying low near the ground, the clouds often look flat and artificial with no depth to them. Pre patch there were subtle shadows and shading which made them look more “3D” . This for me is compounded by the edges of the clouds now appearing sharper and more defined which has the effect of making the clouds look “stuck on”.

However as already stated this is a personal impression thing, posting pictures will make no difference as some people will just see it as looking fine and see it as no different to before.

What we should request is a slider that allows us to tweak the exposure. If bright areas are blown-out, changing monitor settings or driver-level post-processing cannot do much.

but hdr is optional from first version, i think any change of sdr objects will very strange and alogical, hdr have to use they own settings and don’t interfere with sdr, isn’t?

That makes some sense, though if true the unrealistic end result also shows on recordings.

but hdr is optional from first version, i think any change of sdr objects will very strange and alogical, hdr have to use they own settings and don’t interfere with sdr, isn’t?

Even though HDR10 is a separate option, the overall exposure of the title remains the same between the two modes. There is no question that both were affected by this change, HDR users are saying that the image looks more realistic now, while several SDR users are complaining that it looks too washed-out, the clouds are blown-out, and the cockpits are too bright. VR users are also saying that looking at the skies or clouds can be painful now.

That makes some sense, though if true the unrealistic end result also shows on recordings.

As far as I am aware it does show on SDR recordings at least. Some people posted comparison screenshots between Sim Update 4 and 5 in the same situations, and the difference in overall brightness was very apparent.

As an HDR player, I’ve been hoping/wishing for a brightness slider this whole time.

so if we have any of hdr optimization with sdr scene, i would call it only one word - sabotage:)

Is it really just a case of exposure though? The lighting model appears less detailed overall.

Something gone wrong when flying into clouds General Discussion

Don’t have exact screenshots pre SU5, but I recall it was much more immersive feeling to fly inside the clouds. Seems that even when entering the shadowed parts of the clouds , they don’t cast any shadow on the aircraft, leaving the sun creating unrealistic bloom. Tried to play with it, if I do create a vastly thick clouds CB like, then it will get dimmer but most of the clouds tends to keep everything bright… it feels like you never really enter the cloud… [Microsoft Flight Simulator 29_07_2…

Do you guys think what you are discussing here might relate to the reduced “dynamic” range of bightness while looking outside/inside the cockpit? As stated in some other post few days ago, there’s a huge difference about how the cockpit got darker when looking outside and now. That transition effect was lovely and really added a lot to the immersion, but it feels just hinted afte SU5.

I think this issue, the exterior/interior lighting change and the washed out scenery issue may all be directly related to some misinformed/bungled attempt by Asobo to optimise the sim for HDR televisions and monitors.

Here’s a unique idea: OPEN UP the weather system and cloud texture modifications to 3rd party developers. If Asobos/MS can’t/won’t deliver what it’s customers want - maybe the free market will.

Well I agree with that for all sorts of reasons.

However the “SDR in a game optimised for HDR TV” issue effects more than just clouds, it just stands out more with the washed out cartoony clouds for those of us effected by it.

i don’t think this clouds use textures, but in collective sense very nice

for me is better 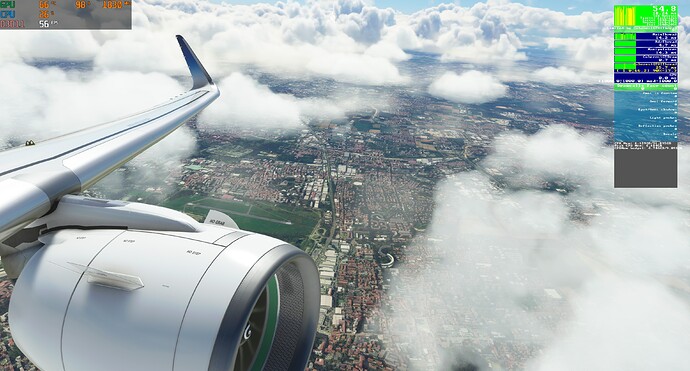 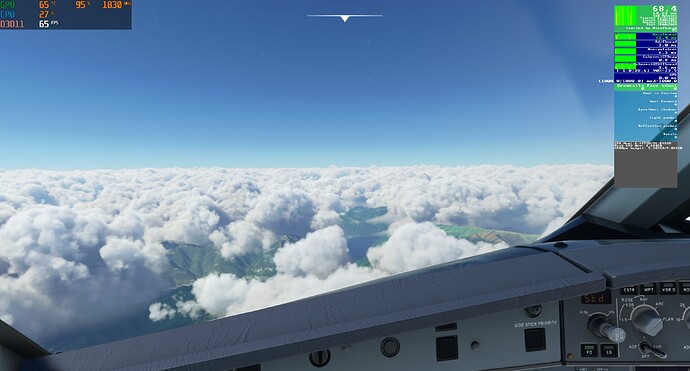 I’s clear that the cloud textures were adapted to make them user friendly for x-box, creating for PC users in SDR an unrealistic oversaturated bloom effect. Even the ground textures have now a cartoony looking. Please give us the old clouds back , not every body can display them in HDR.

Sadly looks like nothing in SU6 to restore the old clouds. I really want them back, the quality is way lower now, cartoonish, lacking in detail, and the edges of them are so pixelated when you are close.

It’s a horrible feeling flying around knowing how good the clouds used to look compared to how they look now.