Something gone wrong when flying into clouds

Don’t have exact screenshots pre SU5, but I recall it was much more immersive feeling to fly inside the clouds. Seems that even when entering the shadowed parts of the clouds , they don’t cast any shadow on the aircraft, leaving the sun creating unrealistic bloom.
Tried to play with it, if I do create a vastly thick clouds CB like, then it will get dimmer but most of the clouds tends to keep everything bright… it feels like you never really enter the cloud… 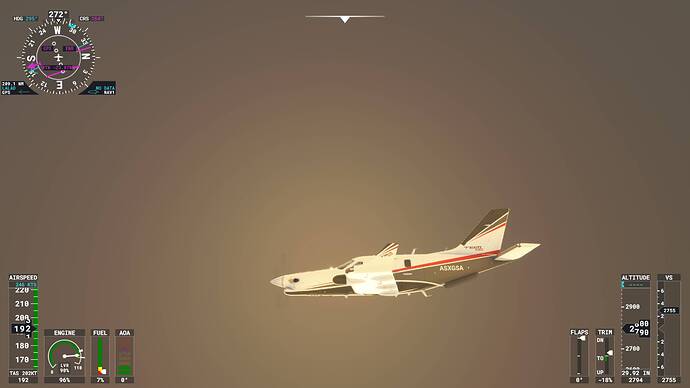 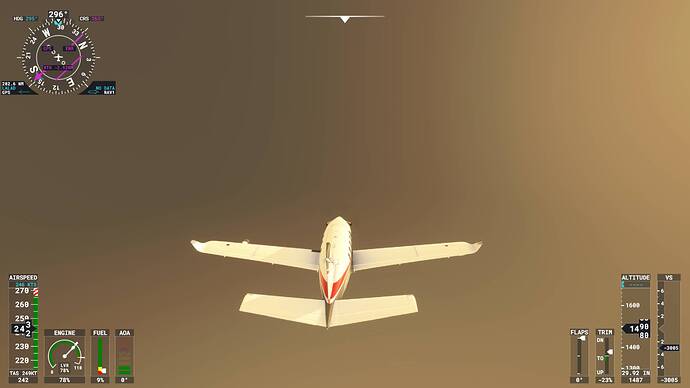 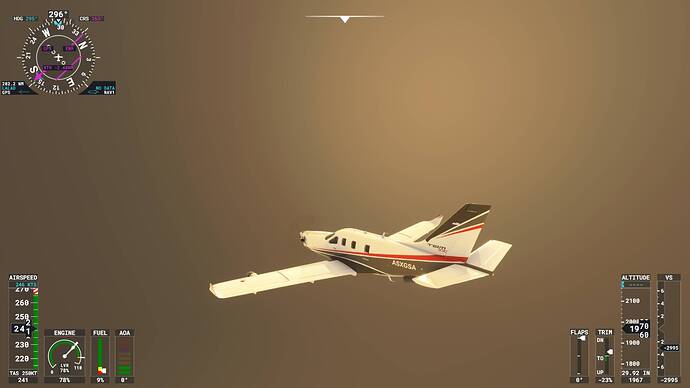 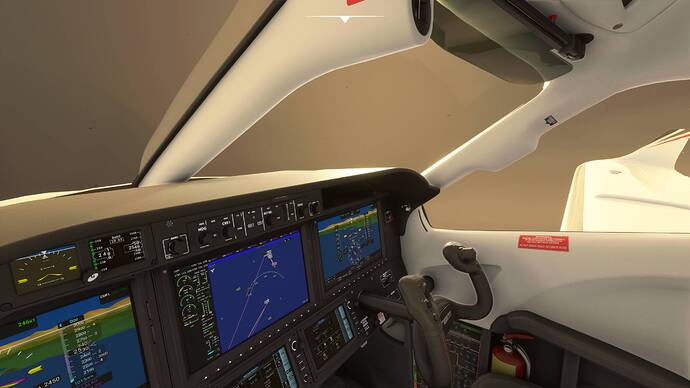 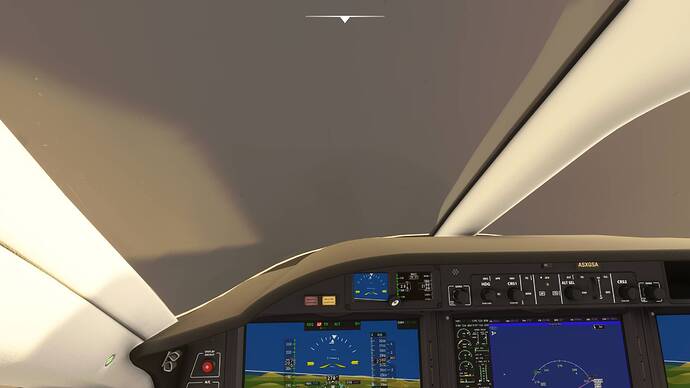 Yes your assumption is correct. The colors are oversaturated, shadows and lighting have been completely downgraded.
Here is a screenshot of how it looked before. 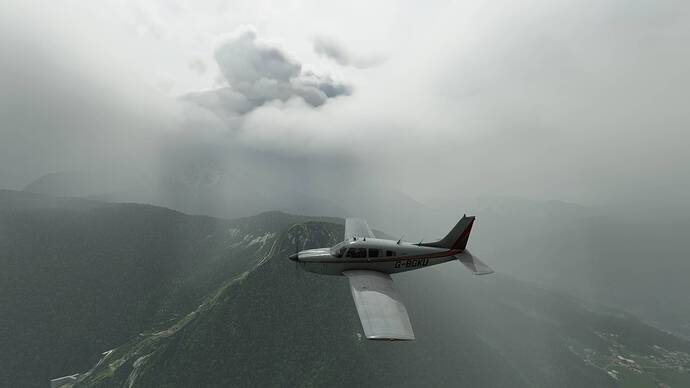 Edit: Another one inside the cloud 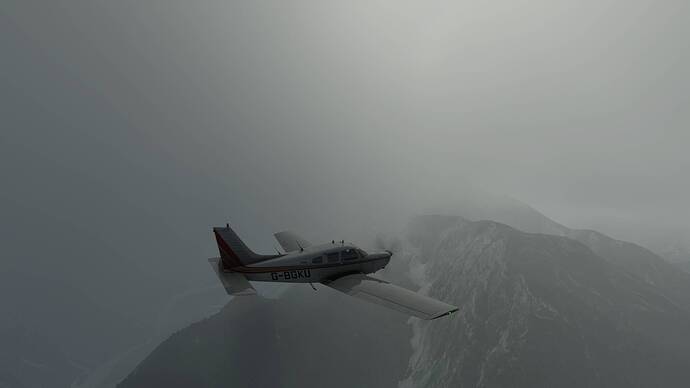 A definite regression… I just hope they are aware and plan to improve it though without a huge sacrifice of performance… I do value the high FPS now, to me the micro movements ( I’ve increased the head latency effect) improve the sense of flying and the feedback from the aircraft movement.
But as widely discussed now - giving us more sliders to adjust quality/performance each one to his taste and use-case is definitely the right way to go

Its a tradeoff, not a downgrade this community is far too quick with that word.

I noticed this too and hope they fix it eventually. They’ve upped the exposure so that daytime scenes look more bright and sunny, it also improves overcast scenes which were much too dark before.

I hope so too. If I am not mistaken, the reflection quality is also a big step down of what we had before SU5. I really hope we get some sliders to turn the graphics back up to the quality we used to have.

mmm, doesn’t seems to be just brightening up… if you are entering a shadow part, it means the aircraft will be casted with a shadow, and that doesn’t happen at all… anyways, made some “civil” response above… it’s not a bashing post…

Seriously what magic version of msfs were you playing? Reflections have not changed at all, they still have that grainy look. This isn’t going to be improved until dx12 and potentially the addition of ray traced effects.

Fully agree that its not working properly, they may have dialed back the diffusing effect of the clouds to improve performance, as you remember going through clouds had a major impact on frames in previous versions.

I’m sure they’ll find some workaound to improve this. It only really becomes an issue as you near the top of the clouds under certain lighting conditions.

I dont want it to be improved, I want my old “magic” version of MSFS back

I’ve been in the software and 3d graphics for some long time so I understand the complexities, but it seems that at the very least the sun brightness could be tuned down while in the cloud and at some point even removed it and just leave ambient light on the aircraft. That could be done less progressive if it’s too complex for now but at least would give a better feeling while flying in the cloud. Also, I still find that clouds can significantly impact performance , expected when there are many layers of transparent textures to render.
And btw, not sure about “top of clouds” , I’ve encountered this quite constantly regardless of the distance from base/tops.

Odd I’ve only ever noticed it before I break out of the clouds, maybe it’s more apparent since you start getting direct sun shadows in the cockpit around then, which admittedly looks very odd.

Yes it definitely is worse now. I can assure you I was “inside” this cloud, yet the full sun brightness is reflecting off the aircraft. It just looks wrong and silly. 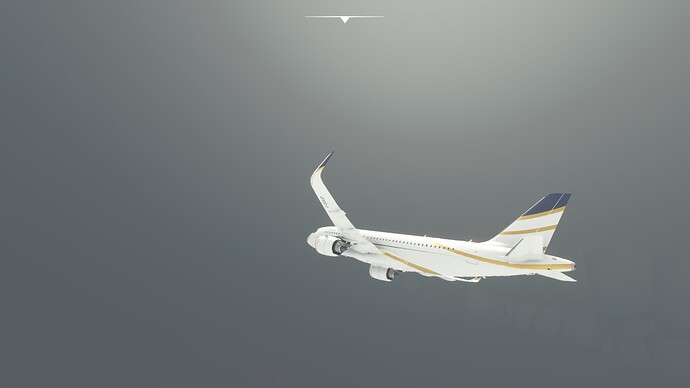 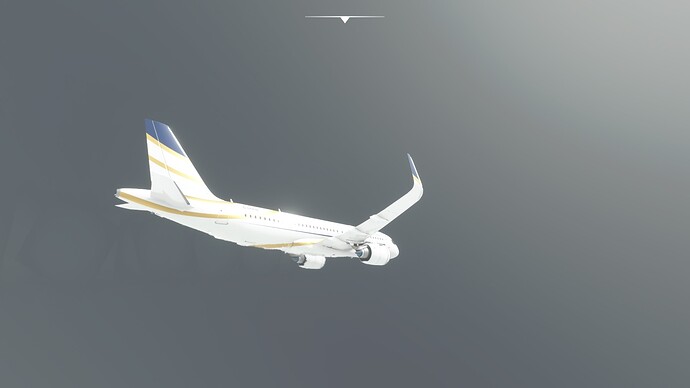 Is there an HDR toggle in the settings that might have been switched to “on” by default during the uodate? because the blown out imagery (in cloud and out of it) looks like forced (and poorly authored) HDR.

Yes, I’m fairly sure this is the cause. Now playing the game feel like watching an HDR movie on a monitor that does not support it: over saturated, washed out colore, too bright …

Due to Xbox release (most TVs have HDR while most PC monitor do not), they probably forced some HDR optimization which break the colors on non HDR screens and make them look bland and washed out.

I hope this will be fixed asap. It should be tied to HDR toggle, not on by default everytime. It’s killing the experience for me.

Yes the clouds and cloud-self-shadowing and quality of the skies should indeed be rolled back to the early Flight Sim days when the skies were photorealistic and every single cloud was so hyperrealistic that every camera angle could have been from a desktop-wallpaper.

Everything else is fine in my opinion, I wonder about dozens over dozens of hate threads but not a single person was mentioning the weather systems shadowing and cloud quality.
Everyone was was only about some “bad ground textures” (An issue I personally have never noticed, and notice it not even now in direct before-after screenshots. But these beautyful fantastic cloud and meteorology quality has significantly degraded which is sad because it was state-of-the-art photorealism and the skies are the most sophisticated programming ever made. A masterpiece of software-art which must not be downgraded

Everything else is fine in my opinion, I wonder about dozens over dozens of hate threads but not a single person was mentioning the weather systems shadowing and cloud quality.

SU5 ... No. Just no General Discussion

i7 4790K @4,5GHz GTX 1080 OC 16 GB DDR3 To be honest, I’m a bit lost for words here… It was only yesterday that I had one of the most beautiful flight sims of all time installed on my system. Running very smoothly and comfortably at Ultra/High at a locked 30 FPS, dipping a bit to the 20’s when flying very low over something like New York, but even then a very nice experience. Every flight it felt like I entered a real plane and flew over a real world through some magnificent weather. Sure, …

No HDR on my PC or sim so that is not the culprit in my particular scenario.

Do you have any add-ons in your Community folder? If yes, please remove and retest before posting. Removed everything from the community folder and tried it without any mods. No success. Are you using Developer Mode or made changes in it? I used developer mode to verify volumetric lighting was on. Brief description of the issue: Prior to the update (Atleast I’m confident that’s when it occurred) volumetric lighting when flying through clouds. The lights from your strobes and landing lights …

No graphics downgrade they said…