Hi all, by bringing together experiences in various areas of app programming, it takes sometimes only a couple of days between a good idea and a finished solution. The problem I wanted to solve is the cumbersome and unrealistic (even with the existing addons) pushback procedure.

And here is the solution:

This video shows the tool in action: 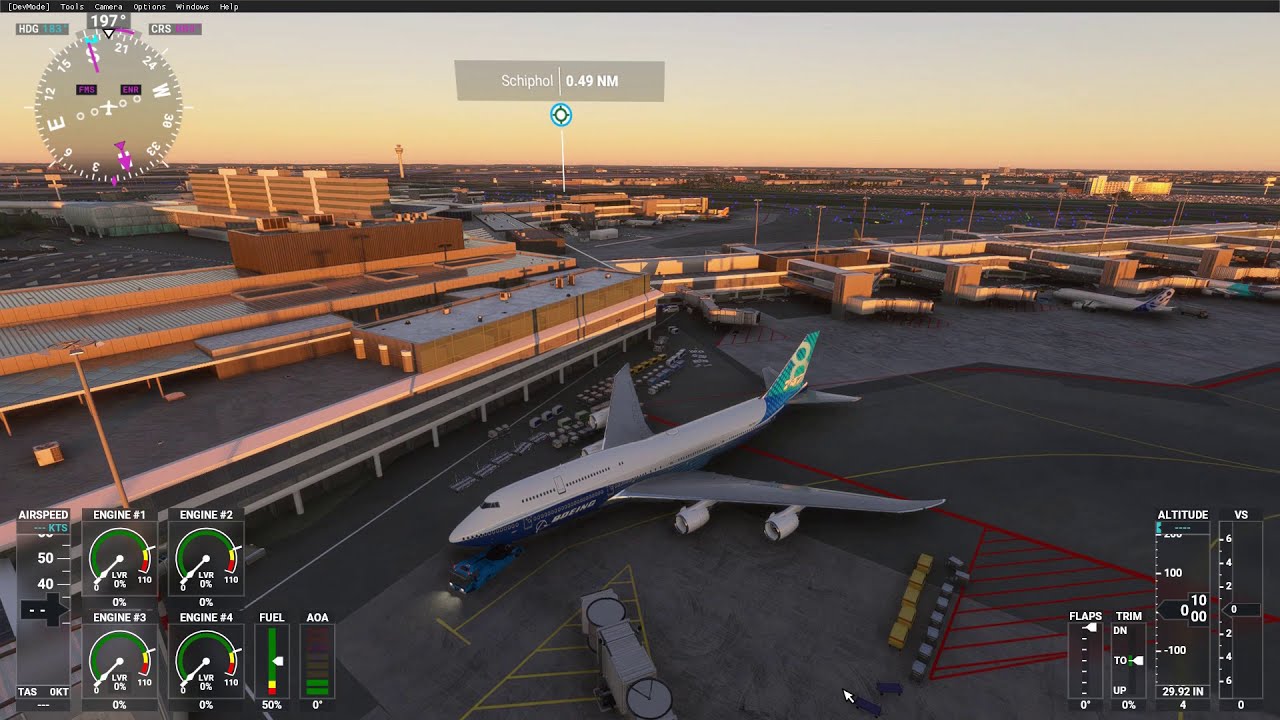 For support requests please either write to the email-address in my MS store listing or comment below my flightsim.to-offering.

This is the minimal set of commands:

In case the pushback tug does not move automatically in front of the aircraft:

To test the audio i/o of the app:

The app is my christmas present to the community and is in beta stage! Anybody who is interested to try it out, can get a private links to the MS store from me by PN.

This sounds great - I look forward to giving it a try soon. Do you have a github repo for this somewhere?

No, sorry, I dont have the app in Github at the moment.

The submission to flightsim.to is being checked currently…

Absolutely interested in the proper link. If this bad boy works as described, it’s bada$$!! Berry exmoose to us!

Can’t get it to work
Opening the app and is connected (green)
But when I say ground to flightdeck nothing happens also all other command nop result ???
Did all normal procedures:
Batteries on
Ext. power on
Allign
Load flightplan
Fuel
Apu on
Exy power off
IFR clearence
Ready for pushback > open the app (turning green ) but the pushback tug does not move like in your video on you tube

From the description it looks like the microphone is not selected as standard audio input. Opening the Sound Settings after right clicking on the little loudspeaker symbol in the system tray, you should choose the microphone which you are using like this: 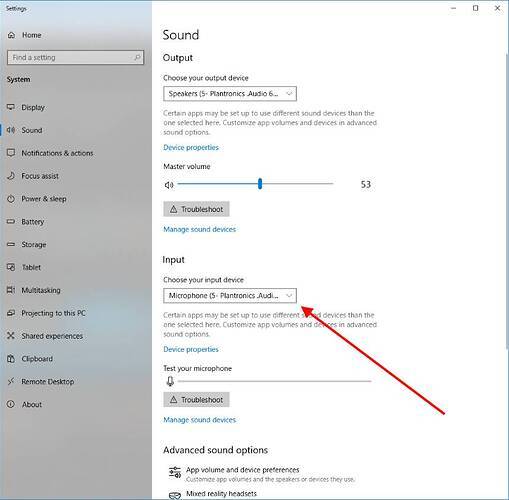 Please report if that helps.

Is it the version from the MS store? If yes, update it, the state handling should be improved by a new version, that I submited today.

The improved state handling should allow starting the app now at any time, even before MSFS is started at all. When entering the cockpit, the pushback tug should move to the aircraft within 15 to 25 seconds. After that, the voice recognition engine is enabled.

got the version from flightsim.to but the same problem. The tug stays away from the plane and no command helps.

Hmm, I’ve got feedback from others, that it is principally working but it seems my state sensing requires still some tuning…

Can you tell me the aircraft and the gate at which you are trying? I would like to reproduce. I had in some cases (IIRC when reseting the flight) the issue, that the tug did not move even while the pushback was active. So even by shift-p the pushback started but the tug remained where it was.

The recommended procedure for the user is this:

Anyway I will provide a little update today, that allows to trigger this first step by talking “request pushback”…

Deleted the app from the store redownloaded it from flightsim.to tried it on EHAM and LEMG no succes
the pushback tug does not move therefore no instuctions possible over my headphone

The new version 1.0.10 is available from flightsim.to.

It has added these 2 voice commands:

** Request pushback -> Requests the pushback tug to move to a position in front of the aircraft.

** Test pushback zoomer -> This command is always answered and can be used to validate the audio setup, as well as get feedback about the app state

Voice recognition works great. Any way to change the language pack that the TTS is using? It’s using the German language pack which sounds weird.

Oh, good catch! Thanks for finding this bug. I will provide an improved version shortly.