Next week, Aeroplane Heaven will be releasing its Cessna 140 for Microsoft Flight Simulator. This will be the company's first release for the simulator and will include a number of versions of th

I think we can use this thread to keep track of the product - I’ll update the title if and when needed.

Update: The plane has been released.

Aeroplane Heaven - You're virtually there.™ Cessna 140

Aeroplane Heaven has been developing software for flight simulation for 14 years. In that time we have produced nearly 60 different commercial releases for our own brand and for other publishers and distributors Worlwide.

Well that’s a let down. First they canned the Spitfire and now they are gonna bring yet another slow high wing GA. Was really hoping they’d be working on their DC-3.

Honestly: before I spend money on a C140 I just download the taildagger mod for the C172.

Hehe. Yeah same. And it also has the ugly semi functional gps. Hard pass for me.

But it could be quite detailed however. A lot of the planes in MSFS are too forgiving! you can firewall the throttle and go until the fuel runs out with no issues! Maybe they will change this?

There also seems to be a non GPS version

Yeah I could be interested if the quality was there. Prefer a Stinson but this is not far from it

Coming from someone who has never once loaded the 747 or Airbus or ever considered buying the CRJ - the more of these quirky GA variants that come out the better.

Glad to see they’re finally releasing something but I have enough 100kt GA planes already. Very keen to see their DC-3 though.

Yes, bummer they did not do the DC3. I will not buy this one, but thankfully there is now a beautiful Dc-6 to keep me happily flying.

I have been a great fan of AH for many years. I have reviewed their Chipmunk on several major websites over the years and done everything I can to encourage sales of that product as a result.

However, while I am delighted to read the news of this upcoming release, I also view it with a degree of trepidation.

There is a phrase in one of my books that goes like this.

A lesson will be repeated until it is learned.

When they were just about ready to release the Spitfire, they pulled it back arguably due to the release of a competing Spitfire. Now they announce a Cessna 140, and yet we are also awaiting the imminent release of a Cessna 170 from Carenado. Will AH change their plans yet again?

Many people are hoping for the release of the DC-3. Just like the Spitfire, they have teased us for months with screenshots that suggest significant development on that project. But one must ask a question, will AH wait until another company releases a DC-3 and then do a double take?

The opportunity exists for AH to go all out on a product for which there is high demand, and zero announced competition. But instead, we see a Cessna that already has tons of competition, with the closet competitor now imminent.

Has AH lost its way in the marketing department?

As for the DC-3 - it’s possible that sim-related issues are hanging them up. For example, the DC-3 has an automixture system that may be tough to program.

But I agree they’re falling down on communications. If, in fact, the DC-3 is delayed for some reason, all they need to do is tell us that. That way, the sudden move to the 140 would seem logical and reasonable… as opposed to arbitrary and capricious.

They’re a good developer but they’re not letting themselves look like one at the moment.

Yes, and your very last paragraph says how I feel. They are not only a good developer, they are one of the best. I typically have treated every announcement of a new release from this company with a sense of joy, and anticipation. And I will most certainly buy this new Cessna, but I do think they are beginning to shoot themselves in the foot. And the entire intention behind my earlier post was to assist them in seeing a perspective that is important.

It is their decision, but from my customer point of view - waiting for a DC-3 - this is stupid beyond believe.

Well that’s a let down. First they canned the Spitfire and now they are gonna bring yet another slow high wing GA.

How many “slow high wing GA” we have with a level of detail comparable to what AH does?

How many “slow high wing GA” we have with a level of detail comparable to what AH does?

Since I have never seen a finished product from AH - they haven’t finished one for MSFS so far - there’s no way for me to compare.
But the level of detail on the Savage Cub, XCub, C152, C172, C172 taildagger mod, CH701 or the Jabiru or the Bird Dog isn’t exactly bad.
And honestly: from the screenshots of the C140 I’ve seen, I don’t expect the plane to be superior to Asobo’s planes visually. When it comes to systems, the C140 is even more primitive than the Savage Cub.
So I don’t see where AH can excel compared to what’s already there.

Whatever you mean by that …
Again: since they haven’t finished a product for MSFS so far, there’s no way to know how it’ll turn out. And some of the ones mentioned above aren’t too bad when it comes to the flight model either and since the C140 is a rather primitive as well as benign, well-behaved aircraft I expect the flight model to be much easier to get right than with the Spitfire or the DC-3

AH kind of lost my attention after their fairly awful attitude towards the community when deciding to postpone the release of their Spitfire and lie about the reason then backpedal embarrassingly while mocking and insulting their customers. That said, I’m a 140 fan. If the quality is there, REALLY there, I’ll get it.

Gotta say that does look like a nice plane but honestly I don’t need another Cessna GA. Have quite a few and I’d rather save my money for something a little quirky or that isn’t too similar to existing aircraft.

I was excited to hear this. I doubt I’ll fly it a while lot, but my uncle owned a 140 and I’d like to get one for the sim painted to match his. 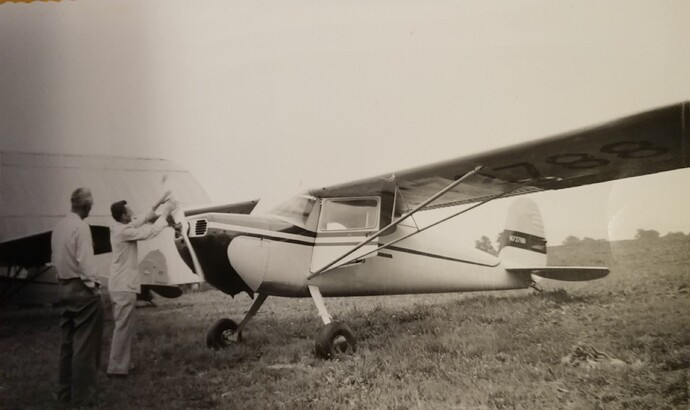 I WILLbuy this ASAP since I owned and flew a C140 for about eight years and flew it coast to coast.

I will be getting this because I am a fan of what they do and their quality on P3D is good. So, since it’s coming on Monday, that WILL be a purchase for me.