I just flew yesterday on one of my usual routes in South Africa.
The aircraft needs a while to get to speed and the brakes are a bit weak for such operations, so it’s not well suited for short bushstrips.
5k long sand runways however are no problem at all.

Hi, where is located the panel state save? I tried in localstate/package directory but I didn’t find anything about the hondajet.

Does anyone know how to utilize the full width of the PFD when not using the left-hand pane for Status or Checklists? 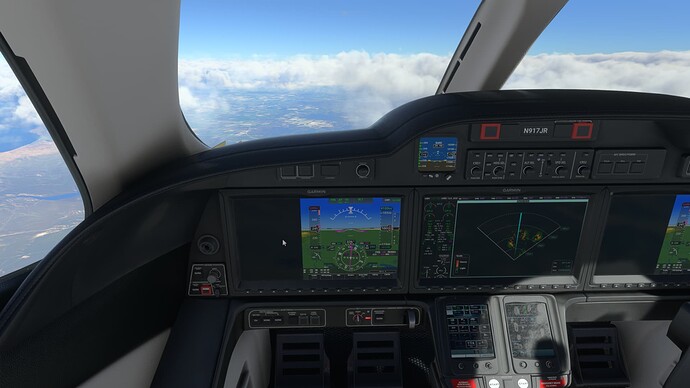 Not possible to do so. I think it’s been asked in Discord, but unsure if this is on the backlog.

That’s true to the real aircraft.

Quick question…is there a Distance to Destination countdown buried in the Garmin system somewhere that I have not yet found ??,there is of course the Range arc and also the painstaking way of adding all the distance to waypoint mileages,but is there a simpler way?

On the left GTC, under Utilities → Setup → Avionics Settings → MFD Fields, you can change the data fields above the map. One of the options available is DTG (Distance to Destination).

Thank you I’ll have a go now.

Excellent works a treat thank you.

that page will show distance, also

Another data field that is very useful is FOD, fuel over destination, aka “how much fuel you’re projected to have when you land”. Usually 600 lbs is the target amount you’ll want remaining.

Would be nice to have console lighting, in addition to the overhead lighting.
We should have a way to view charts in the mfd without using navigraph.

Did a small flight, just to check out the new update.

I could not get the flight plan to accept altitudes in the HJet flight controller’s flight plan. Enter a number, click enter, but nothing happened. Would not show on center screen with VNAV enabled.

Everything else seemed normal, even ATC shutting down near the end of the flight.

Interesting…can’t say I’ve had that problem. Usually the SID and Approach altitudes are automatically entered for you (new for 1.0.6), and you can change them if desired. But I’ve never had this issue where it didn’t save the value.

I forgot to mention that the altitudes did not appear when approach activated.

Flying over the Great barrier reef this weekend. 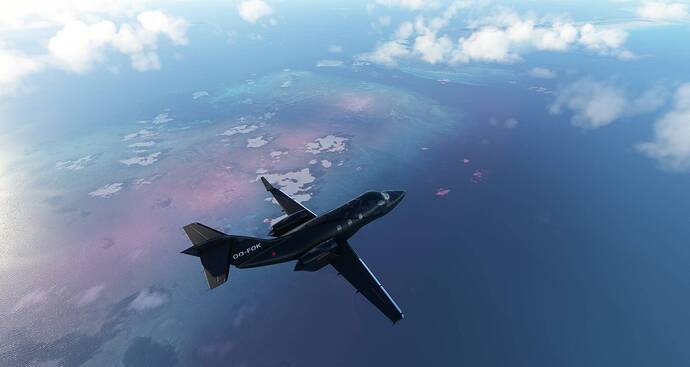 When taking off is it normal for the jet to drift like a prop aircraft?
I thought that since it has two engines that it would go straight.
No wind involved.

It shouldn’t drift that much, I find that it’s one of the better ground handling aircraft, only requiring slight pedal input through the take off speeds into rotate. I haven’t touched it since SU10 though…gonna go investigate.

Yes, the drifting on takeoff is very pronounced on this and many aircraft, and not very realistic in my opinion. I turn the Auto-Rudder on in the Pilot Assists as a rather lame workaround.

I’m personally not having any drifting issues on takeoff.