Hi Asobo,
I would like to request an option for transparent road overlays.
The example below is from X-Plane photo scenery but shows the effect very clearly.
I know that some of the satellite textures have been recoloured and are too blue or too green in certain areas (UK).
I also know that the vector overlay is used for the road traffic to follow BUT I would like to ask if these vector roads could be 100% transparent, so that we don’t see them any more and ONLY see the underlying road texture.
Thank you,
Toby 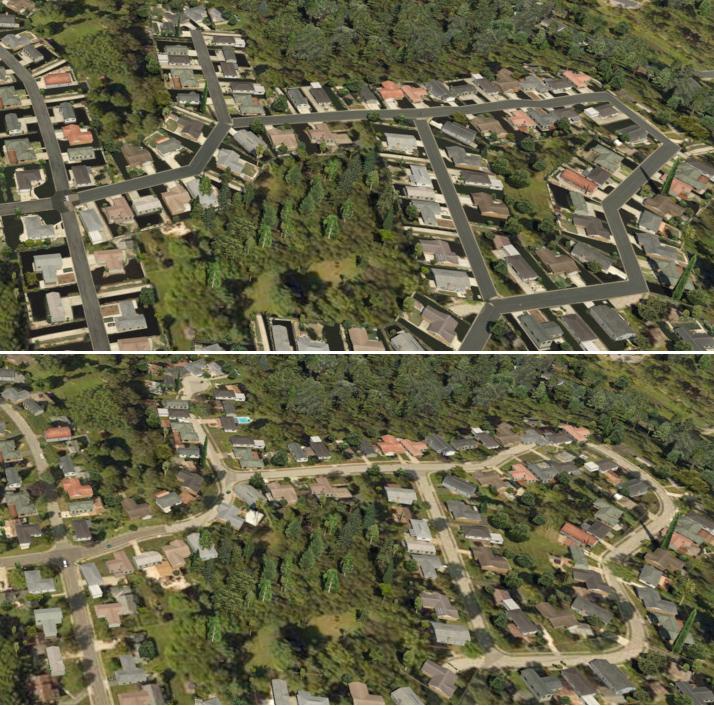 Agree this is annoying and widespread, I think maybe your issue should possibly be merged into:

Roads and streets are green and low resolution Scenery and Airports

Hey fellow pilots, I noticed that german streets looks more like meadows. Since streets are good for orientation its a bit sad they look in this way. Do you got the same problems? [unknown (3)]

This has a significant number of votes (though baffling why not significantly more - maybe because it is marked as “bug logged”?)

That is filed under bug reports, this is not a bug, it’s on purpose.
I would like to file a request for an option to make these green roads transparent.
I know it’s possible, I did it when I created my own photo scenery in the past.

If we can get enough votes on this post, in the Wishlist section, maybe Asobo might consider it…

I see, I’m ignorant of the benefit, but obviously you know what you are working towards - maybe if you expand on your topic to explain how it will be beneficial I and others will more likely vote it up?

Maybe also, would be a good idea to vote by yourself to your original thread …

I know it’s not obvious, though

The thing is… they are transparent “tracks” vector data that traffic follows. Its the satelite scenery thats green underneath from color matching and color correcting each tile.

I don’t know how I didn’t see that Vote button, thanks for the heads up!

Not always and it’s not 100% transparent, which is what I would like to vote for. The vector overlay is also coloured in places (see UK)

I have updated my original post, I hope this helps?

Sorry Toby, from the two parts on the screenshot, just wondering which is which ? Did you mean the lower part is the expected, which is XP11 or MSFS ?

Not sure either. The lower version looks much better and more realistic.

They are both xplane. Hes using a transparent road texture to see the ortho4xp underneath. The top is the xplane stock road texture.

I need a screenshot of this UK area hes talking about, i dont care what xplane shows, we are talking about MSFS.

Top looks artificial road and the lower is better.

I’ve seen where the translucent road layer seems to be wider than the road underneath which looks odd - is that what you mean? ie you see this and of light grey either side of a road?

They are both xplane. He needs to show us what in msfs hes talking about

I don’t know if it’s made like this in every single flight simulator, however I guess devs are partly making like this, to mask trees or building shadows on roads, which wouldn’t fit to in sim dynamic shadow during the sun rise along the day … so an artificial workaround.

The Xplane screenshot was simply used as an example to show what I would like.
An option for transparent road overlay in MSFS.

Here are some green roads in MSFS. 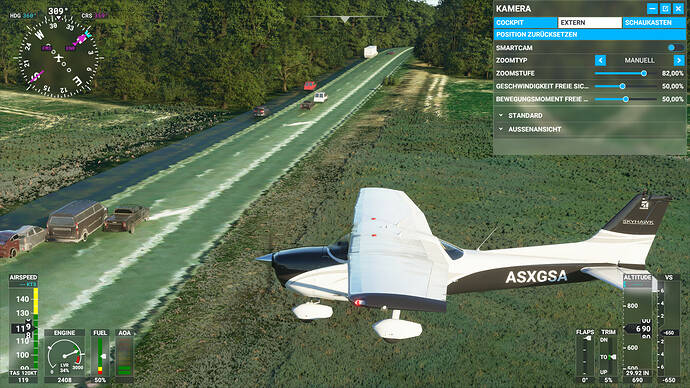 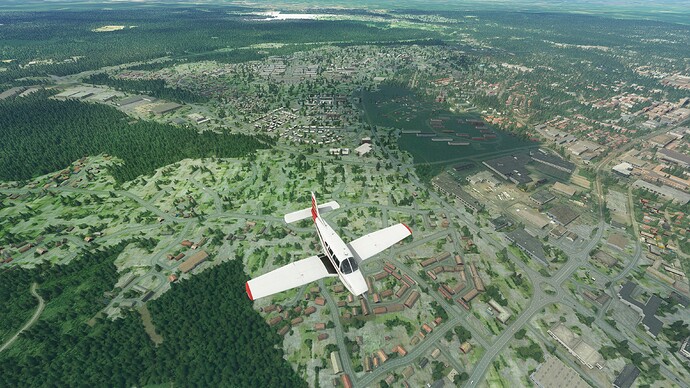 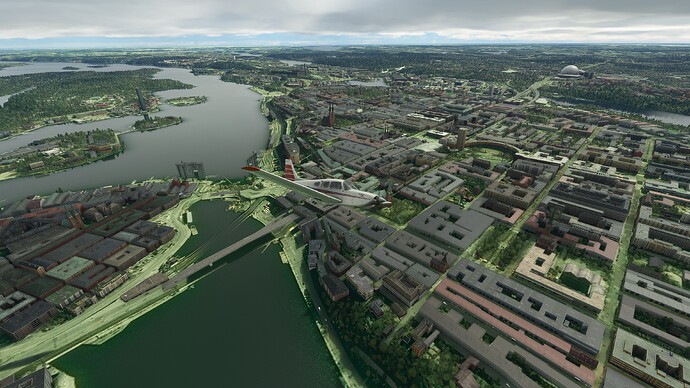 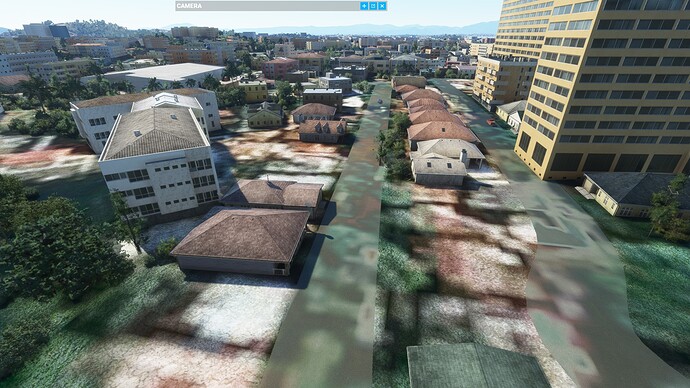 Right, now fully understand and this is why I initially voted.
I guess in MSFS the road overlapping visual display should be optional for those who want to make some check or on their on taste only. Though in this case, I agree the great overall MSFS environment don’t deserve this green visual addition, which reduce the immersion in every location

Thats not green. The satelite image is, and thats whats bleeding through making the semi translucent road LOOK green. Use the google texture replacement mod then.

Sometimes it is the underlying satellite imagery but there is also a green semi-transparent overlay being used sometimes.

I am not sure if this is taking it’s colour from the predominant colour of the image underneath, which would explain why it is not always green, and I haven’t seen Asobo ever comment on this.

This example, from Seattle, shows what happens when the satellite image is grey on the road.
The overlay is practically invisible. So, based on this, and the satellite imagery not being replaced anytime soon, it would be nice to see an option to at least turn this vector semi-transparent overlay off, when needed. And this is a personal choice, maybe you like it, YMMV.

I have tried that mod that you mentioned but as the LOD radius for loading new tiles is quite small, to save data, and you can see an ugly pixelated circle in a 5-10 mile radius around the aircraft as the satellite imagery loading in doesn’t match the default underlying (offline) Bing imagery.

Have you ever flown from the Isle of Man? That satellite imagery glows luminous green. 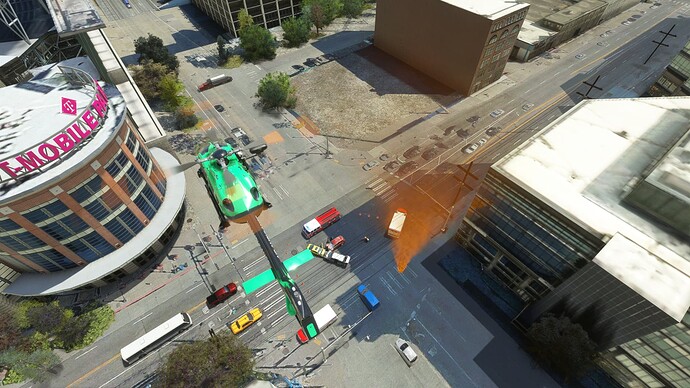