Return of the Beaver

After 6 months of uninterrupted work on the canso PBY-5A, I have needed to change my occupation for a while, just to clear my mind …

I took a long break I decided to start a new project that was close to my heart. It is once again a famous Canadian aircraft …

This “De Havilland Beaver DHC-2” was created under Microsoft’s “Game Content Usage Rules” using assets from MS Flight Simulator X, and it is not endorsed by or affiliated with Microsoft. 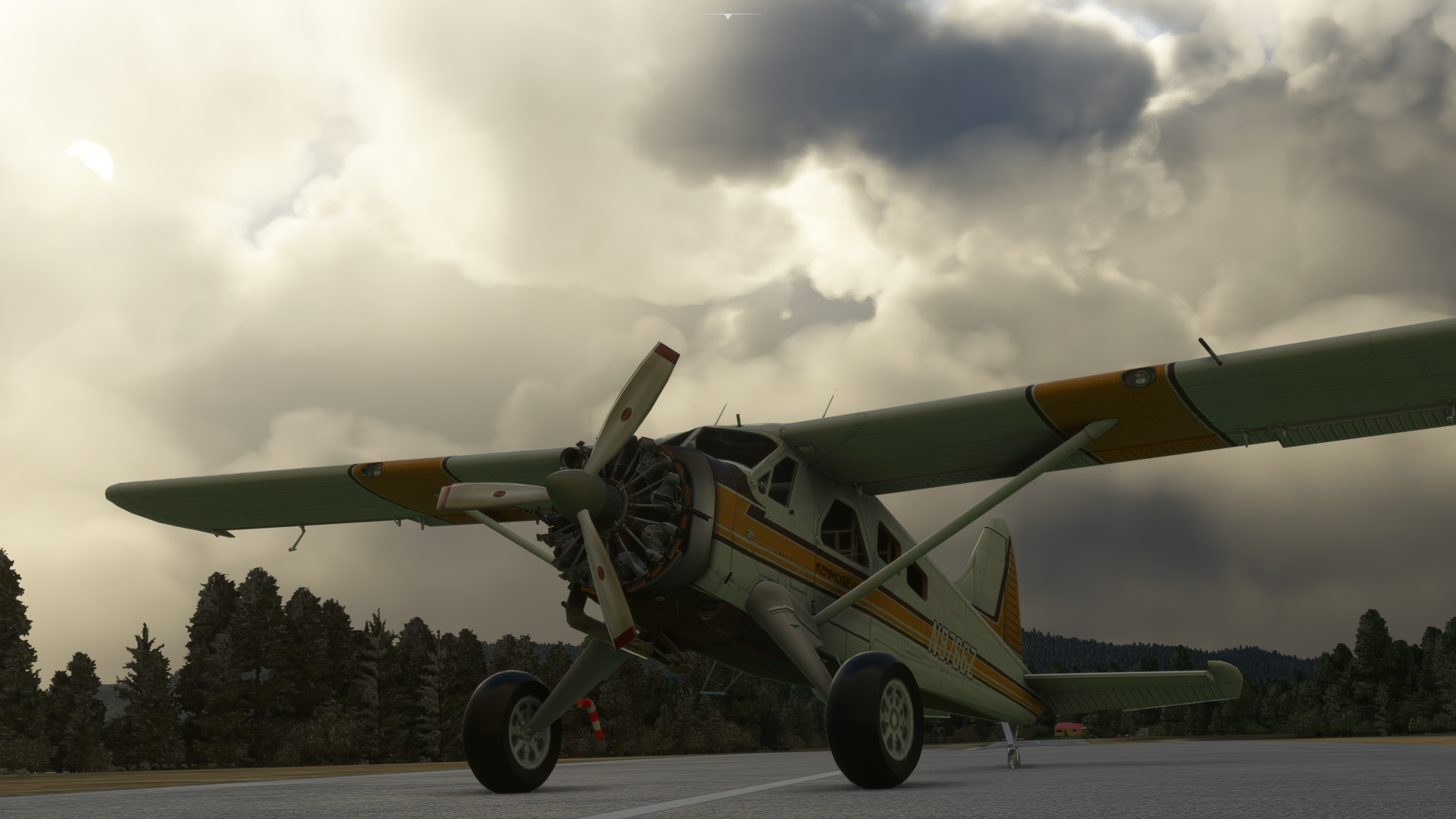 The R-985 Wasp junior is derived from the one I created for the Canso: one row of cylinders was removed and I added some essential elements behind the engine

A damage mod like the C150 Tibush (FSX version) will be provided (a trial version is being tested which should be able to be adapted for the Canso and the Beaver) and payload management will be made by JS scripts.
Currently, the exterior model is almost ready and the FDM is advanced enough to “play” with MSFS.
My aim is to achieve an aircraft which can be “compatible” with FSX repaints quite easily.
The Kenmore repaint is the FSX with some modifications: application of a vertical mirror, transformation into PNG and scaling to 4096px.

A WIP version will be released on http://frenchvfr.free.fr as soon as possible. This version should contain 3 models: floats, tundra and wheels. I have planned also an option to add skis on wheels version. This version is yet SU11 Beta compatible

Of course, it will be freeware

If you want to follow the development, you can see here: Pilote-Virtuel.com - Forum de simulation aérienne / [MSFS] De Havilland DHC-2 Beaver (french forum).
My others projects aren’t abandonned, It’s just a question of taking a break to get motivated again.

I just hope you are aware that a MSFS native DHC-2 Beaver made by Milviz / Blackbird Simulations (this company split will be confusing for a while) will be released for free for everyone in about 3 weeks when the 40th Anniversary update arrives.

Yeah, I was thinking that as well when I saw this announcement. While it’s not unwelcome, it’s rather ill-timed. If the Milviz Beaver coming for free in the 40th Anniversary Edition is in any way comparable in quality to their C310R, that’s a pretty high bar. Anyone looking to compete with that, free or payware, has their work cut out for them.

The first articles that appeared about the Milviz Beaver presented it as a basic aircraft. This is understandable as the aircraft was to be provided free of charge, Milviz did not want to make too much effort.
What I would like to do is to make an aircraft that is a little more advanced than what we are likely to get.
The Damage mod I wrote for the Cessna 150 Tibush had a very good press in 2015, the current version for MSFS is much more ambitious.

“If the Milviz Beaver that comes free in the 40th anniversary edition is in any way comparable in quality to their C310R, that’s a pretty high bar”.
Because you seriously think that Milviz will develop a free aircraft as thoroughly as the C310 that is sold to them! One can always hope, but I haven’t believed in Santa Klauss for a long time.

Now if you prefer to use the Milviz one, there is no problem, go ahead

Please don’t misunderstand me. I welcome what you’re doing. I have a special place in my heart for the Beaver and I look forward to it. Those early screen shots look amazing.

The first articles that appeared about the Milviz Beaver presented it as a basic aircraft.

Yeah, they already said that. I’m at a point where I’m kinda happy about any aircraft that doesn’t get acquired by Microsoft/Asobo. I’m sure the Milviz Beaver would turn out to be a much better and more indepth product with much more systems modelling and all the bells & whistles without the Local Legend / Famous Flyer constraints. I would rather pay money for an excellent aircraft than just getting an OK rendition of such an important and iconic aircraft for free.

I would rather pay money for an excellent aircraft than just getting an OK rendition of such an important and iconic aircraft for free.

Same. I prefer pay for quality than get a lite version for free.

I am really, REALLY looking forward to your more detailed version of this magnificent, iconic aircraft. I was privileged to be able to fly it in Northern Ontario for a few years, so it holds a very fond place in my heart - as well as being the very best bush aircraft built in the world. I just hope that Asobo does/is able to do something to improve the water physics. This aircraft deserves to have everything right in its world to be really appreciated to the fullest. I will try holding my breath for your version. It looks sooooooo good in your teaser pics, and you are going to do ALL models of it - YEA!!!

I don’t expect the Beaver to be as in-depth as the C310, I believe the developers even stated as much. That being said, for them it isn’t a freeware aircraft, Asobo/Microsoft is definitely paying them for their work. It’s only a free aircraft for the consumers

All that aside, I am happy you are making this product and wish you all the best!

Very excited to hear this! Great news. I am certain the Milviz version will be excellent but the community will welcome your twists on the Beaver. You did say all variants (except I didn’t hear “amphib” as such…

) Also being able to have FSX liveries converted easily makes for fun options. (I even made a few myself back in the day)

Besides, we already have some double-ups and they all seem to have their fans.

I can’t wait as the Beaver is my all time favourite. Thanks for letting us know and giving us something to look forward to!

Also - there were more than just two Beavers in FSX and they all had strong followings!

The first articles that appeared about the Milviz Beaver presented it as a basic aircraft.

That’s what I think, too. I expect an airplane comparable to what Carenado has done so far, maybe a bit more detailed systems. But I’ll love to be wrong as I absolutely love anything with a radial engine in it, all above the P&W ones. The Wasp Junior is a gear-driven supercharged engine and while Milviz’ Corsair is done pretty nicely their Beaver in P3D had the full-throttle=red-line behaviour of a standard prop engine of the sim. No sign of a charger at all. While I hope that they have created a completely new model I somehow doubt that we will get a high fidelity engine simulation of an R-985. Of course I don’t know what you (OP) plan to do but I sincerely hope that we’ll eventually get a properly done SEP with a radial engine with all its quirks, either by Milviz (or Blackbird or whatever, confusing enough now with Blackbox, both BBS-ing their stuff) or by you or anyone else. I don’t expect anything like Accusim but what PMDG has done with their DC-6 within the MSFS sandbox could probably be possible for anyone. =)

Nice, gotta love the Beaver! I also have my doubt about the Milviz one, but there are indications that they’ll use some WASM modules, wich would imply at least SOME custom stuff.

Happy to hear this. The more Beavers, the better, as far as I’m concerned.

Also, I can’t help but sing this title to the tune of “Return of the Mack”…

Incredible work! I assume you spend a whole month only for rendering that extremely detailed WASP engine?
I absolutely love when it comes to superior engine details and high polygon machines!

It was John Wayne, not KSMO. And it was a Husky, not a Beaver. And in his defense, it is not that incredibly difficult to confuse taxiway C with the runway on the 20L approach there, especially on a daytime visual approach where the lights can’t clue you in…

For the engine, I will try to make a short video around it to present all elements which compose it.
Currently, you can see this video: 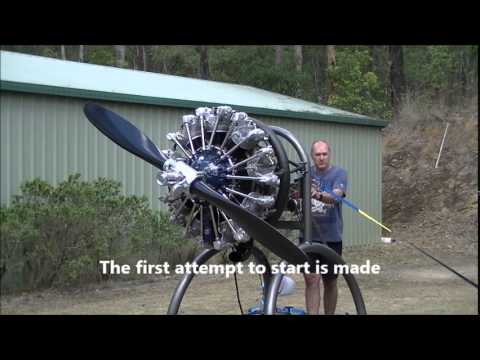 Textures , ribbons and fasteners are not definitive: I need some time to make a good display using MSFS’s decals. Currently, it is the FSX texture upscaled (so ribbons are too big)

To differentiate this addon from the Milviz Beaver, I am thinking of upgrading mine with a STOL kit (like this from Stolairus Beaver (DHC-2) STOL Kit )

“ It was John Wayne, not KSMO. And it was a Husky, not a Beaver. And in his defense, it is not that incredibly difficult to confuse taxiway C with the runway on the 20L approach there, especially on a daytime visual approach where the lights can’t clue you in…” Quote from DaveR44

He only landed on the taxiway cause his first officer Chewbacca was not on board. He kept calling out prior, Chewy set 071…. But heard no growl response back…

On a side note: Saw his Beaver at AOPA event years ago, when we met him, and got to check it out…. It is a nice Beaver!!