[Review] Moscow Sheremetyevo Airport by Drzewiecki Design - Another great one with a couple of issues. 😀

I finally finished my review of Moscow Sheremetyevo Airport by Drzewiecki Design. You can read it below and check out plenty of video content if you prefer to make your own opinion. 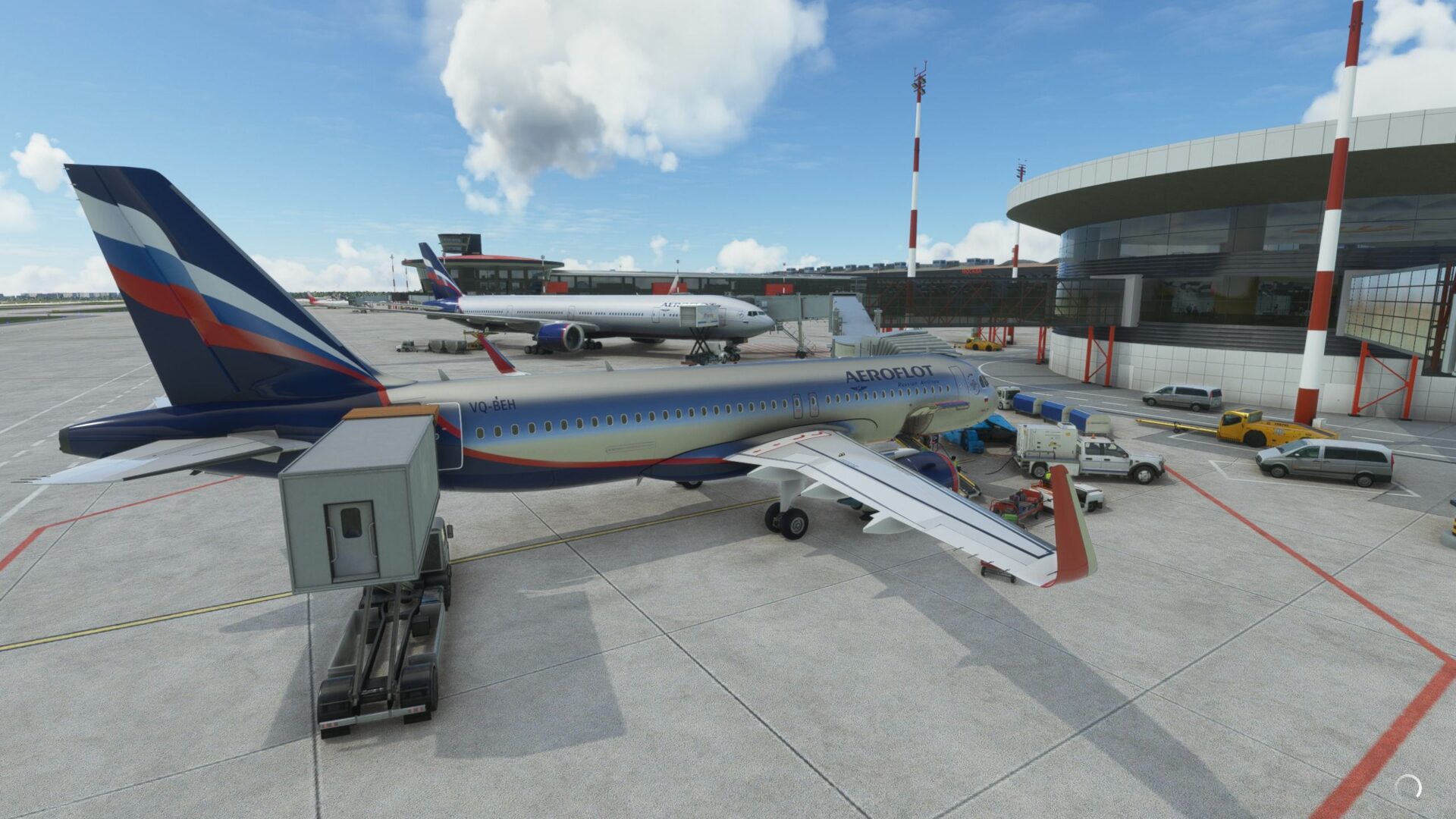 The airport is another great display of craftsmanship by DD. The terminals are stratospheric, the interiors are great, the detailing is fantastic. It’s top-notch almost across the board and the new runway all the way out there in the coutryside is fun

There are a few issues that need fixing tho. There is a localized performance issue that drops your framerate radically if you look at one of the terminals. I don’t think the issue is the level of detail, because the other terminals are equally detailed. DD is investigating, but this needs fixing with priority.

At this point, DD also needs to make sure that all customers (besides the official marketplace where it’s not possible I guess. That’s on Microsoft) get the option to easily deactivate the static aircraft. It’s not available on Orbx even if the client would allow for options.

They’re beautiful and likely the best in the industry but 100 of them are WAY too many (yes, I have counted them). Ideally, besides ON and OFF it’d be nice to have an option to have just some of them but not a hundred.

Hope this helps those wondering if the airport is worth it. Besides the issues above and a couple more nitpicks, it’s a no-brainer for me.

I hope Orbx releases a bundle for this and the Moscow city pack.

It wouldn’t be bad, but I guess that’s DD’s call, since the city pack is theirs as well.

I still have the performance issue with this scenery when i come near terminal B/C.
They still haven’t fixed this?

Haven’t tried it after the update yet. I imagine they focused on fixing the issues from SU5 first

The Terminal B/C issue was much better the last time I tried it, after their SU5 patch.

This airport by Drzewiecki Design cause CTD on xbox. It does not matter which runway, gate or plane i choose. One second after loading there is always CTD. No chance to start from this airport. Does anybody else have this problem on xbox too?

Hey! I have the same problem, whatever I do, this airport crashes the game!!

yes same here! Drzewiecki Design Moscow Airport, Chicago landmarks and Narita airport all CTD on xbox! not good, if anyone reaches out to them would be great to know what they will do about this. I will try to reach out to them as well

I bought UUEE yesterday in the Black Friday sale and so far have no issues on either XBox Series S or PC version.
I have however so far only spawned c&d at a gate and looked around the airport a bit (in a 787).

I assume those having CTDs with the airport have reinstalled it and cleared their rolling cache ?

I was able to take off and fly over the airport on Xbox in a flight design CTSL.

I have Moscow city and Bijan fall season also loaded, so it wouldn’t be a conflict with one of those that is causing the crash

I also have Moscow City and Bijan (current season) loaded and the Ground Services Addon (forgot the name).
Seems no conflict with any of those.

Reinstalled it. Rolling Cache is not activated. Still CTD.
Maybe there is a difference between series x and series s. I use a series x.
On PC it works.

I bought DD’s UUEE airpory yesterday, it causes either crash or airplane display freeze (well it simply disables them and I have no way to turn it back). Also minor framedrop issue, though it’s not a great deal. Just it is so frustrating that it makes the game absolutely unplayable. I think I should reach out DD.

Does anybody will fix the FPS and CTD problems in this airport, finaly???!!! Already 1 year have passed away - nothing have changed! Nobody takes responsibility on himself! Drzewiecki Design saying that it is not their problems and responsibility, but MSFS 2020 command, but MSFS saying same thing backward! So, who is lieing to me? It is great maded airport, but not finished with FPS problems, yet!

I’m using, PC, but don’t think that it’s changeing something too much! My opinion, that it’s resposibility of developer of this airport,but they don’t mind!

Last time I’m buying from this developer again . It’s a constant blame game and I respect this developer a lot and he is very talented but to continually tell us to tell msfs and visa versa is quite unacceptable. Same goes for the Chicago landmarks on Xbox it does not work causes CTDs and he clearly states this issue is on Asobo side . So whoever side is the problem , than this should be removed from the marketplace until it is fixed . This is taking peoples hard earned money and selling them a product they know does not work and than do nothing about it . Sorry DD , no more purchases from me anymore in the future .

Exactly! Absoluttely agree with You!

I couldn’t agree with you more. im fighting for a refund its absurd. Chicago landmarks are morphing when in drone mode, its a strange LOD problem and CTD. Moscow airport is CTD, Narita airport as well. the back and forth shouldn’t be happening. we are paying customers and expect a product to work if paid for. its a shame because these products look nice if they actually worked…smh