If the rumor is true, it would be pretty awesome. Now if Nvidia could just make the card smaller overall…and have an anti-scalping distribution scheme …

This should ensure 4K 120FPS+ gaming in the very next-gen games with ray tracing, and I’m sure we’re going to be introduced to next-gen black magik DLSS 3.0 technology with Ada Lovelace which will only make things better again.

A year away from now is a long time, so we should expect refreshed Ampere GPUs in the form of the GeForce RTX 30 SUPER series graphics cards in between now and Q4 2022.

Yes, but will you be able to buy one ?

Let’s hope it comes out with the de-hashing technology so that the miners won’t snatch it up!

Yes, but will you be able to buy one ?

Nah, but you might be able to get an RTX30xx by then.

Wow great. They haven’t been remotely able to satisfy demand of the existing cards for 9 months and now make us salivate for the next generation …

The continuous new GPU\CPU progress on the market, will benefit and help ASOBO to increase beyond Ultra option quality + we can still modifies CFG manually, that is something XBox is locked. 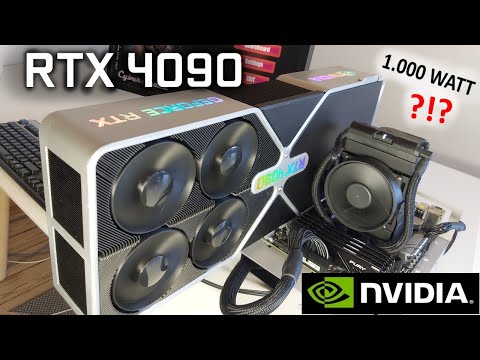 This made my day mate, thanks for this

Nah, but you might be able to get an RTX30xx by then.

Sadly none of us can take advantage of this neat little trick: Newegg has closed the loophole, which involved building a custom made-to-order PC.

Using the ‘Build your PC’ feature on the site, you can cherry pick components (like GPUs) for a custom system; the parts show up as individual items in your shopping cart, letting you skip past the lottery system for hot items that were otherwise unavailable. Before Newegg closed the loophole, you could delete the items you didn’t want and check out with just the GPU instead of a full PC build.

Honestly, the 4090 will get one step closer to just having a separate graphics handler that looks, tastes, and smells, like a second PC. Before high end graphics cards were a thing, having a dedicated second PC like machine to handle the graphics was thought to be the best way to handle things.

I actually wouldn’t mind having the gpu in its own case, with it’s own cooling, away from my gaming area, to reduce heat and noise.

Hello,
I have moved this to PC & Hardware. This is where discussions of graphics cards, processors, drivers, etc. goes.

It will be tough for sure. That’s why I’m in line at Micro Center already.

SHHHHHHHH about Micro Center its a secret too many people already know about them. If any more know maybe they should start seeking a Partnership with MSFS. ;p

Click bait I think. There’s always a ton of rumours that the next generation of GPU’s are always going to be (insert improbably high number here) times the power of the current high end GPU’s. Then they arrive and they’re about 20% faster than the current range.

These rumors would be a good thing, because that could curb the demand for 3090s enough that the prices finally come down. Would you buy a completely overpriced card if you suspect to get a much faster card for the same insane price in 12 months?

GFX cards are the new gold rush and no doubt this will work the same for the successor card. I don’t believe that anyone involved is really interested in changing that miner/scalper/artificial scarcity situation, that people still happily pay twice the initially announced MSRP while the 3090s are in sufficient supply now seems to prove that this is working just too well for the industry.

Even before the gpu shortage it seemed like simmers were picking 3080’s over the 3090’s. Right now is the 3090 the best card for MSFS?

The NVIDIA RTX 4090 TI should come in October
Will it allow MSFS2020 to work with all the options in max?

A configuration with the RTX 4090 TI and the PIMAX 12K would be great, No?