I had colide with it on a night landing 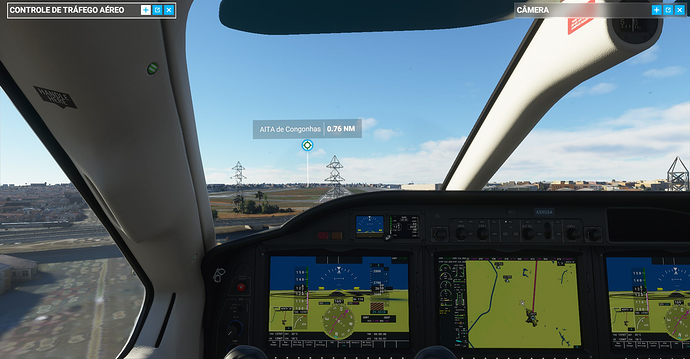 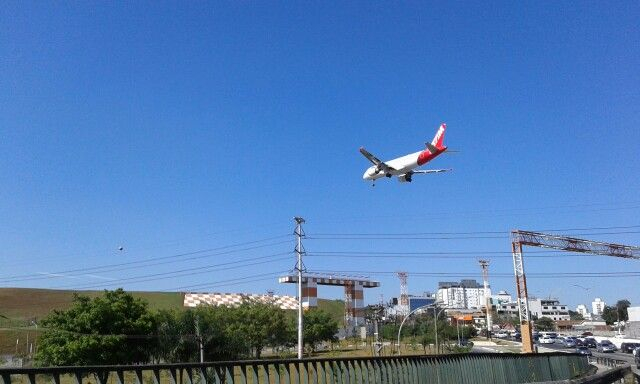 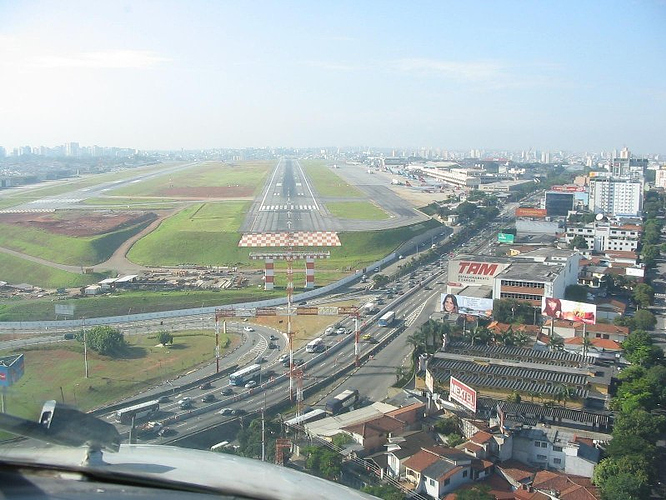 This simulator is a bad joke

forget about MSFT and any South America city or scenery update.
better us locals, join forces and make a plege or any crowd sourced project to update our airports and cities.
Look at your post, SBSP is the “main” airport of Sao Paulo, not to mention Sao Paulo is “only” the 4th largest city in the world by UN and always on the top 10 cities of any source list…
They’ve missed Saint Helena airport and Ascension Island, not to mention many others.
Let’s hope someone mod SP for us.

Open a zendesk ticket. This is the way to report issues with scenery.

Tks, I opened too

There are tall power lines on short final of SBSP (One of brazil’s busiest and most famous airports in central são paulo), there are not there at all IRL, in fact the whole airport looks really bad for such a famous airport featured in many “hardcore airports” documentaries, same goes for SBRJ and SBGR 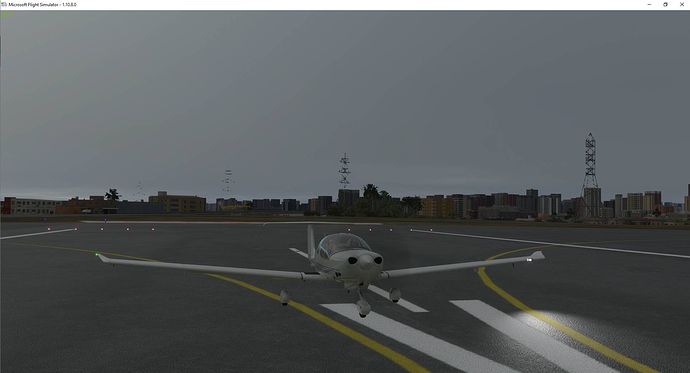 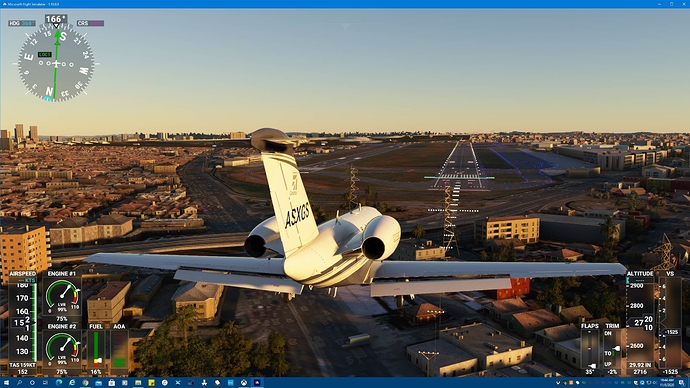 And it’s still there. IRL it’s approach lighting not a tower.

The reason is probably that OpenStreetMap data shows a “power tower” object there and MSFS data is using this for the position of the power towers.
I guess there is actually a power line but the “tower” is either very much smaller or it’s underground.

The object is definitely not the approach lights, it’s a real power line there, just wrongfully rendered as a full-blown tower.

Not sure if OpenStreetMap has various sizes in the metadata, but Asobo should take care to not place obstacles into approaches for sure.

Here you can see the power line on smaller poles which is why OpenStreetMap also contains them: 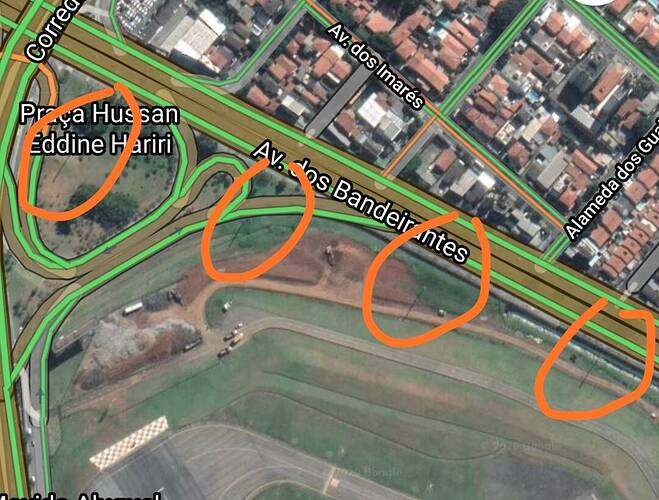 Look at this post, it has a real photo of that approach.

I had colide with it on a night landing

No it isn’t. Even in the pictures you can see a powerline on small posts, which is why OpenStreetMap shows them as well: 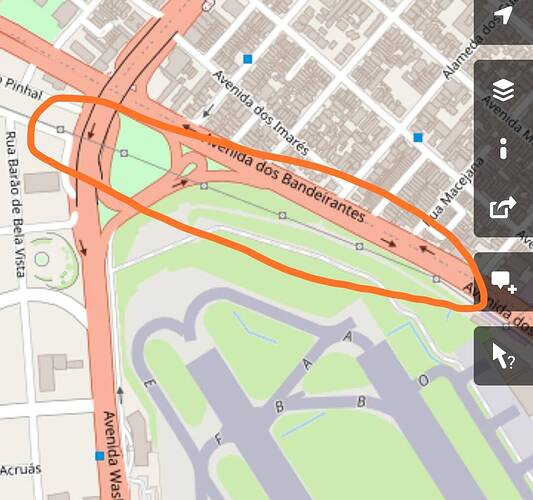 And at the same positions as on OpenStreetMap you can see the big power towers in the sim.
Each node is a post.

The fact that MSFS uses OpenStreetMap for some of the metadata is known from a bug with a huge building in Australia that was (or is?) caused by a typo in OSM metadata by some user. MSFS uses that data to render the height of autogen buildings (which is harder to identify from top-down images automatically).

The approach is totally feasible for the power towers as well, they just have to make sure not to intervene with glidepaths since the metadata doesn’t provide any height information for them.

Just checked, OSM has a type “pole” which has to be used instead of “tower”, so basically the wrong type was used. I’ll see if I can correct it…

Look at these videos (that first one when the lights on glideslope is easier to see): 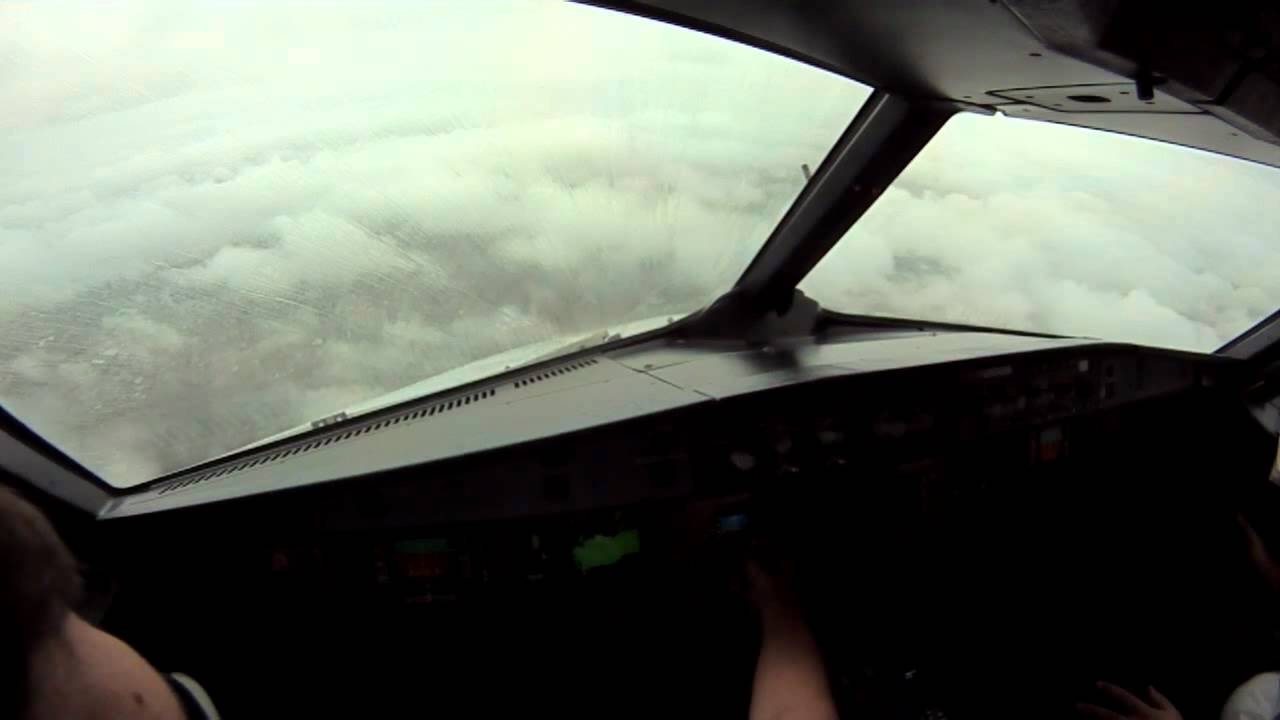 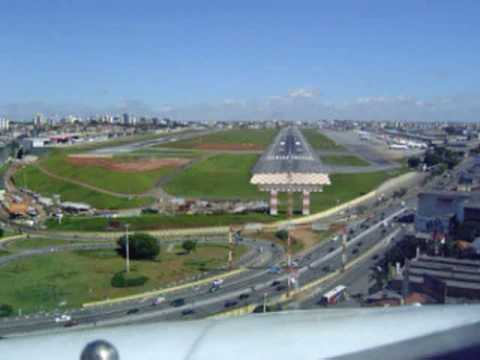 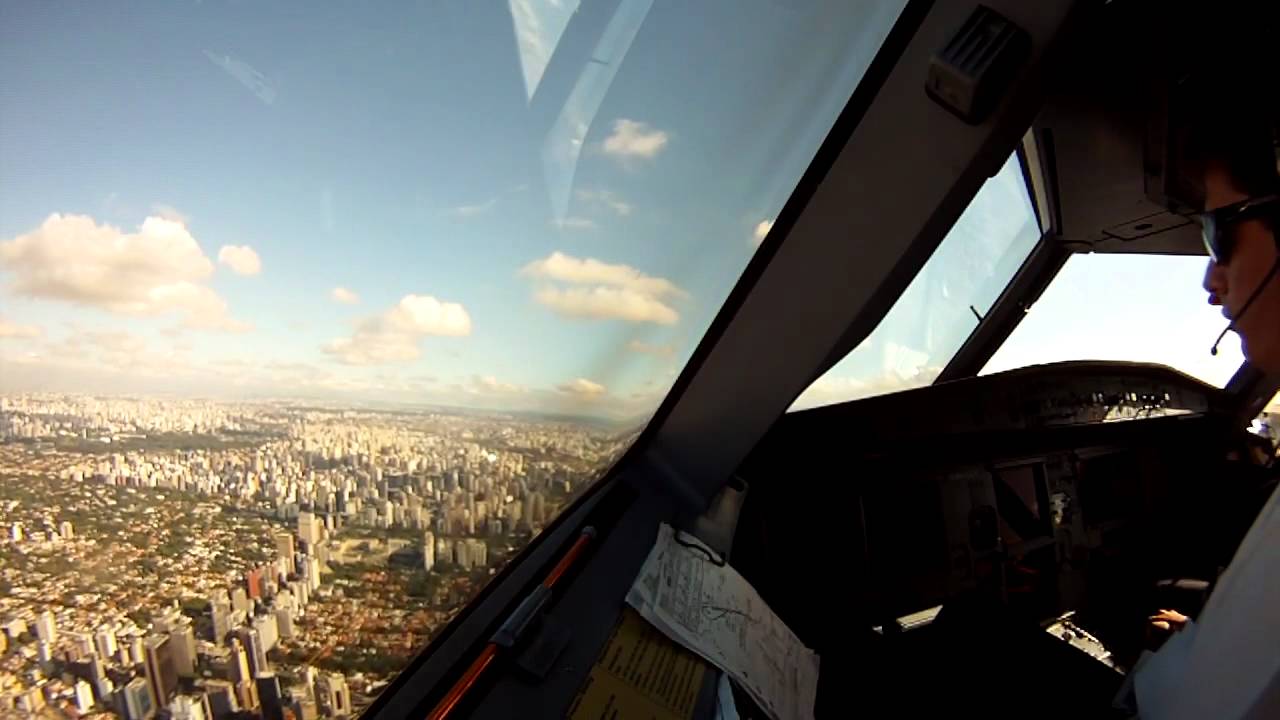 . Those are wrongly depicted power poles, it’s NOT the approach lights that cause the power towers in the sim. It’s an actual power line crossing the approach.

I just changed it on OpenStreetMap (type changed from tower to pole), let’s see if Microsoft pulls the changes at some point.

Well done!
How can I fix it? Is that easy? I dont have experience with openstreetmap

It’s a bit off topic. But anyone can create an account and then use the edit feature on the main website (or using other tools).

OpenStreetMap is a map of the world, created by people like you and free to use under an open license.

The benefit is that by this change not only MSFS will benefit from details/fixes but also all other tools and applications that use OSM data. So fixing issues there is the best way (if it’s really wrong like in this case).

Usually you want to check if the changes you do are correct, but here we even have photos showing the power poles and its clear they are not towers

Thank you for this, hope it gets updated into the sim, to be honest SBSP as well as SBGR and SBRJ (specially) should get some love from Asobo, they are the main airports in brazil SBGR beeing the largest, and SBSP and SBRJ beeing famous worldwide for it’s challenging approaches, they are in really bad condition at the moment, SBRJ NDB B/Visual for 02R could very easily be an epic airliner landing challenge

Well there’s a reason third party airports are sold. You can’t please anyone for free but those who need it, can buy the scenery they like.

If you ask 10 people about which airports should be handmade, you’d get 200 different responses really.

I’d prefer they improve the default airport algorithms and models so that every autogen airport benefits rather than focusing on a few selected airports.
Having more realistic runway teytures with marks over the paint, bumpier terrain on smaller airfields, more variation in hangars etc.

Could be epic indeed. More interesting and difficulty than Innsbruck rwy 8 for instance , which is one always in evidence when mentioning challenging approaches.