Has anyone had this issue of scenery popping in when they get very close? Airports aren’t loading until the threshold, taxi signs not loading until right up on them. 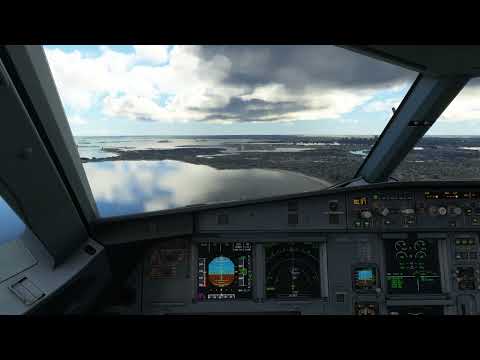 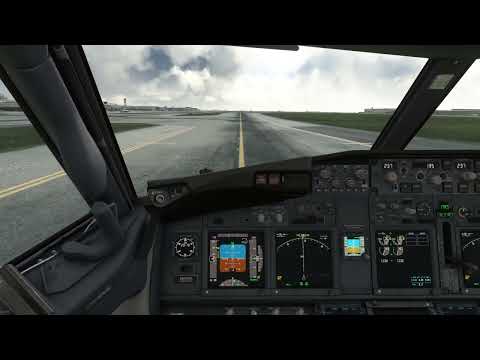 I saw the airport from the whole approach. I’m not sure what the problem is! Or I’m just used to it. Either way that looked pretty good to me. Enjoy!

Granted, the buildings are not true-to-life… but the auto generated scenery is SO good anyway, I prefer Pg OFF. The popping in is just too distracting. And I’m not sure it works outside of major cities anyway.?.?

I don’t know if it affects airport markers, as yes, mine pop up at the last second as well. But I’d settle for Taxi lights to NOT BE IN THE MIDDLE OF THE TAXIWAY as a start, lol.

I have just upgraded my system from a Ryzen 5 5600x, RTX 2060 super, 32gb to a Ryzen 9 5900x, RTX 3060ti, but only 16gb and have turned up a lot of graphics settings to Ultra. I fly using a Quest 2 in VR and have noticed a lot of scenery pop in (mainly cliff faces popping and changing whilst I am looking at them)

I am pretty sure this didn’t happen on the older, far less capable system. Could it be a memory thing?

Otherwise I am getting awesome performance, well that was until the headset battery drained faster than my powerpack could charge it and as it was dying, frame rates plunged and I barely got the plane (the new Sting S4) back on the ground before it turned off. But that is another issue.

Normal? You expect to see runway light poles and taxiway signs ‘appear’ 200-300m in front of the aircraft as you brake after landing? And I dispute the link to TLOD/OLOD…I’ve tried maxing out both to get rid of the pop in, and failed.

Frames were much lower, but still flowing…and yes, the objects still pop in regardless of LOD settings.

Just noticed this as well when flying over the San Diego marinas. This is with the latest update. I even rebuilt the cache and same results. See profile for full PC specs. This is with PG on.

The lines appearing and reappearing on the water is NOT normal.

Normal? You expect to see runway light poles and taxiway signs ‘appear’ 200-300m in front of the aircraft as you brake after landing?

Normal when it comes to this game yes. See my wishlist topic where I ask the developers to address it.

Sometimes I’m flying around terrain or points of interest such as the Rock of Gibraltar but the object detail is bad until I approach very close to the object. The same thing happens with objects at airports such as taxiway signs, other planes on the ground, baggage carts, etc. Some other games use an object fade-in approach to reduce the “popping” at different LOD levels. Please implement something like that to improve graphics quality and realism. Thanks!

Object LOD does affect taxiway signs somewhat, but it only pushes the LOD a little farther out. Not enough to solve the problem.

The lines appearing and reappearing on the water is NOT normal.

Again, completely normal when it comes to this game. There have been many topics about it, and sometimes the release notes even mention fixing it (in some areas).