It will be very well to support the Microsoft Sidewinder Force feedback 2 Joystick.
There ist no feedback, please add Support.

I was also really hoping for a new FF joystick…

I bought my Sidewinder Force Feedback Pro many versions of flight simulator ago. No problems with either FSX or the short lived Flight. I cannot control the flight of the simplest aircraft in FS2020. Lack of automatic mapping may be part of the issue. I wonder if my computer is not up to the job, even though it meets or exceeds many of the specs ( i7 CPU, new Radeon 550 graphics card with 4MB of memory, 24 GB of memory for the system and cable internet connection.) Any thoughts?

I’m using a Sidewinder FFB 2, no big problems with control, however I had to turn the sensitivity down to -60, which gives a huge response curve and improves accuracy near the center.

Otherwise, impossible to fly, too sensitive. Don’t know whether this is an issue with other joysticks as well, but I believe so. It all resumes to axes afterall.

I know there was an issue with a what I heard a Patent troll buying the patent out for Force Feedback and therefore flight sticks excluded the technology. That said I have the G940 and there is only self centering built into the driver that keeps my stick center, otherwise there is no FF in game. I believe the patent has expired on the technology so we may see more sticks in the future, but in the meantime we will have to configure all the controls manually in game.

While I don’t have that particular joystick, I would have thought that Microsoft Sidewinder Precision Pro would have been supported, or at least given a default mapping.

Also using this joystick, would love a profile ingame.

Another long-time Sidewinder FFB2 user here; had it nearly 15 years now and still as good as new! I bought it second-hand as well. I fly DCS and have often thought about buying a dedicated HOTAS, but this stick is so precise and works brilliantly for DCS helicopters (with off-centre trim) that I haven’t made the switch yet…

Besides the manual mapping and reduction of curves in MSFS, it works fine with the generic centring force. Would love to see some basic force support in light aircraft to give more ‘feel’ to the controls as speed varies. (Can live without buffeting and I never liked the ground bumps implementation anyway.)

Maybe this thread should be in the “wishlist” category?

Force Feedback 2 support would be great.

My very first post on the forum! Enjoying the game and agree with your FFB 2 sensitivity comment. And then the dumb question: how do you reduce the sensitivity as per your comment?

Hi guys, my FF2 it´s working on MSFS, but is need to configure hand by hand all axis, buttons, etc…

My very first post on the forum! Enjoying the game and agree with your FFB 2 sensitivity comment. And then the dumb question: how do you reduce the sensitivity as per your comment?

There is a sensitivity button in the top-left of the control mapping screen. At first, I was disappointed that I could not find a way to edit the axis profiles when assigning them, but then a little later I saw that option hiding away in the corner 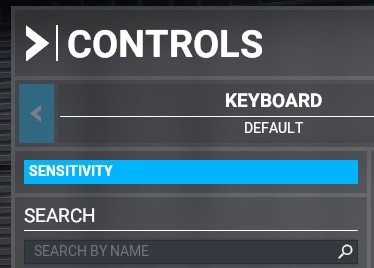 Thank you kindly (for the welcome) and thank you even more kindly for the assistance. This is now WAY better. The difference is really night and day: you are a scholar and a gentleman.

Agreed – it’s a classic, simple and durable, and deserves at least a bit of support, ancient tho’ it is. Maybe as a kind of MS salute to itself, or something!

My Sidewinder is modded with increased length and an F-15 grip.
The increased length decreases the overall force over the grip, but you get a wider range to move, which is really interesting.
The common centering feedback is simply too soft in this case, so I use simFFB to add damping and friction forces, improving a lot the overall feeling.

For those of you who don’t know simFFB, give it a try while we wait for the native force feedback support on FS. Hoping it comes and hoping it will be realistic and configurable.

One would think that since both are microsoft products someone would provide and answer.

I don’t think the developers are active on the forums? Probably reading, but they have their priorities and, sadly, support for FFB for old joysticks likely isn’t one of them. But let’s hope it makes the list at least!

For those of you who don’t know simFFB, give it a try while we wait for the native force feedback support on FS. Hoping it comes and hoping it will be realistic and configurable.

Thanks for that. Turns out I downloaded an old version of this back in 2015; I found it amongst my utilities. I grabbed the latest version. I can see how useful this could be, especially since it can provide realistic off-centre trim, however I suppose this will work ‘against’ the sensitivity curves set up within the sim.

Using the in-game trim commands, the joystick’s centre point won’t move and we will have the ‘flatter’ spot in the curve for finer control (as is needed for traditional sprung joysticks). Using simFFB for trim, our neutral centre point will be on the ‘ramp’ of the response curve, not at the bottom of the curve. So I expect minor changes in stick movement will have more dramatic effects on the aircraft; meaning it will be difficult to achieve a trimmed state in the end. Especially since the Sidewinder isn’t particularly ‘stable’ as its centre point when the force drops off.

I’ll experiment with it in any case