Actually really surprised with the quality of the initial release. Start-up isn’t just a master battery switch on. Decent bit of working animated switches and knobs within the cockpit, and also easy on the frame rate. It’s a pleasant addition to the fighter aircrafts. Will update this as I explore more of it

Edit: absolutely fantastic inside and out. Really one of the best offerings right now and the price is right! Lots of details have been added in, and the custom external configurator is really neat. The sounds could be improved, but I think that will come with (I assume) the Dev getting more used to Wwise.

Found a positive review of this dev after a bit of struggle:

“If you aren’t familiar with these guys… hiding behind that awful website and webstore design is the most complex and best F-104 you can find in any desktop simulation. They also have an AV-8B that a former USMC Harrier pilot over at SimHQ ranks as having a better flight model and VTOL/STOVL behaviour than the Razbam model.”

A bit of a low-key dev apparently (never heard of them before) but looks very promising, and looks like they take the ‘simulation’ part very seriously.

Yep - their website is a… work in progress, shall we say. However, their AV-8B is amazing. I knew they’ve been working on the G-91 for some time now and hoped they would keep to their schedule of end of Jan, and they delivered. They do seem to go into depth for an initial release and limited SDK capability, but I think for now this is the sort of aircraft that will thrive with the current SDK limitations.

It’s a shame they didn’t start off with a better known plane than that Fiat. It looks impressive, but not my cup of tea.

What about the flight model ??

been following this for a while, looks very interesting!

Pretty good! I haven’t seen the performance tables for this aircraft or done any extensive testing, but it handles well. Does have a good bit of drag on the approach but that’s probably me trying to feel it out! 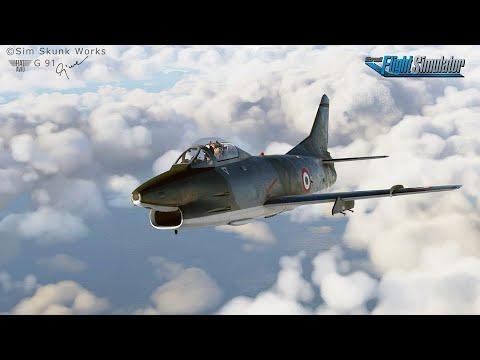 This gives a look at the external configurator app, startup process and cockpit detail for anyone interested.

Oh, and you can drop bombs

Im liking the detail and appreciate lesser known aircraft mixing things up a bit, for £20 its a yes from me.

■■■■, for the life of me, I can’t get this thing started. It starts up briefly, and then the throttle moves on it’s own before shutting down. I have the Honeycomb Bravo. Not sure what is causing this.

It also has a drag chute: 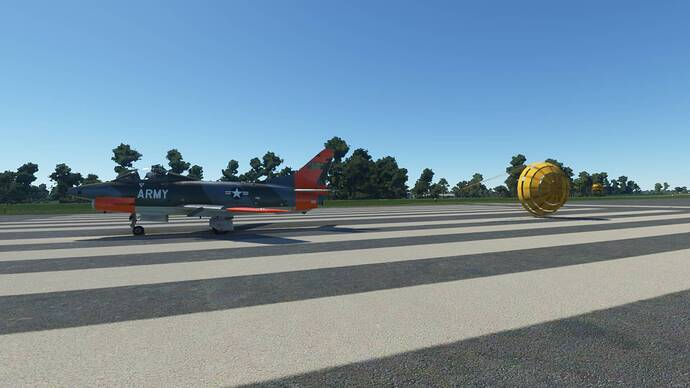 As FYI, I emailed the developer and already received a response. I sent them this video of the issue: 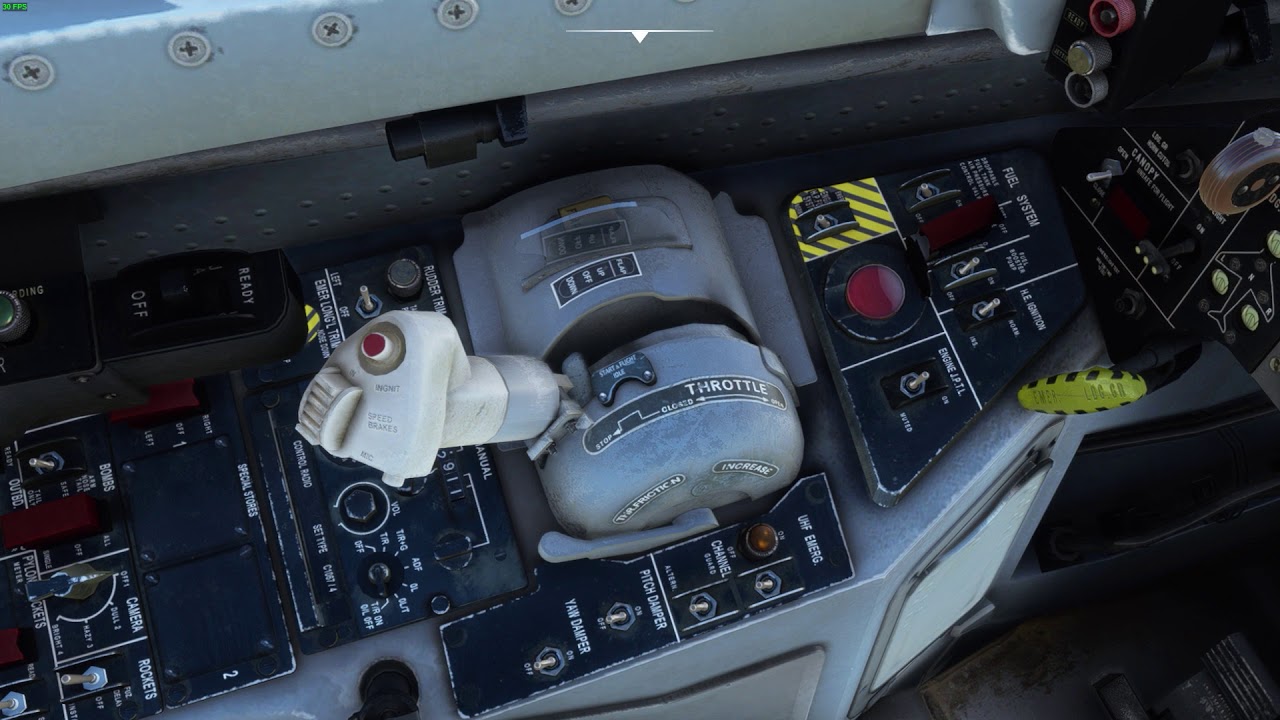 If anybody comes up with a workaround, I’d love to hear it. There’s nothing worse than paying money for a plane and being unable to fly it.

Edit: Have already received ANOTHER response from the developer. Seriously impressed with them, and confident this will be resolved quickly.

WOW! This thing dropped from out of nowhere! I had no idea Sim SkunkWorks already started developing for fs2020!

It looks amazing, just wish they had gone for the legendary F-104 first, but thats my personal preference.

Devs have confirmed it will also we available on justflight shortly, worth mentioning should you prefer that over simmarket

Fair play to you for reporting quickly and allowing the devs the opportunity to provide a fix, please keep us all updated!

On a side note, the cockpit looks fantastic

Buddy, the outside looks just as good, or maybe even better. I think this might be the best looking plane out right now, ahead of the Carenado Waco. It’s a work of art.

Okay, I figured out the Bravo issue, which is more of a “fuel mixture” issue, but likely won’t happen unless you’re using the Bravo and messing with profiles. I had a simple profile loaded that had throttle & mixture. Since this plane doesn’t have a mixture handle, I didn’t have the mixture knob attached. Well, that effectively cuts off the fuel because the “mixture” is in the down position to put the cover on it. Still not sure if that’s the way it’s supposed to work, but I’m flying now, so I’ll take it. Customer service on the issue has been outstanding.

Thats high praise indeed, the waco is a beauty.

The italians definitely craft their planes with a lot of passion.

Fantastic news all round, im glad this is working.

Great to see the rapid response from the service team too, it goes a long way!

I hope they do the Tornado. Terrain following radar and sweep wings

Thanks Guys for your attention.
Besides from our helpdesk,I will follow this thread just to have a quick view of major issues that the community will find.
So,apart from this,just a quick roadmap of this little jet:
Next steps (in a couple of weeks,including bug rectification that users will report) are:
-A free livery add-on package,including some Italian liveries (together with some special colours)
-A detailed paintkit,for both R3 and R1.
-Some minor updates that we left to complete.
We hope you will enjoy this baby (by the way,why G-91? Because it’s our last work for P3D and we had all ready for this developing test) and feel free to write down any bug you find.
Thanks again,
/Alessandro (SSW team)