Sim Update 5: pop-in is horrible, and bad FPS stutters while switching from cockpit to external view

Yep, you are absolutely right.

Have to say very disappointed with the new update, terrible popping in of scenery, trees, buildings etc, that never occurred before, tree draw distance still awful. Once again a graphical downgrade. The sim is so much worse than on release.

Funny to see all the same complaints we had in the beta.

also cant seem to click on anything in the cockpit, just brings up this strange window with an arrow with something like press ? to unlock???

I’m amused by the idea that because some people are having visual fidelity issues, this is now “no longer a sim.” Apparently eye candy is what defines a sim now! Of course, for almost a year we’ve been hearing people criticize MSFS for being just visually impressive but without enough depth to be a real sim. It’s so hard to keep up.

See this thread Cannot interact with cockpit buttons - #3 by moxiejeff

Suggestion to make these change will help on CFG, the trees distance is not issue, it will draw to the horizon if you want, better then the older mod. The performance still great, not major hit like SU4.

Was literally thinking and laughing at the exact same thing.

Every single thread appears to be things we’ve all been saying, pre SU5. 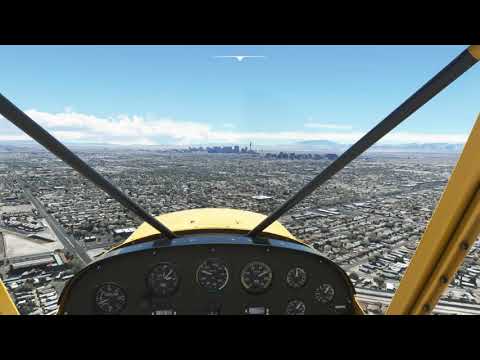 This is terrible … what the hell?!

Does any other game do culling this way? It’s horrible!

Even if it’s just a game, it was nice to feel completely immersed in the world sometimes. Any sort of (noticeable) pop-in just breaks it and reminds you that you’re just playing a game.

thanks will give a try, I knew this would be a disappointment and I wasn’t wrong

When finishing editing CFG set it as read only to avoid the sim change the value after.

Does any other game do culling this way? It’s horrible!

Tons of the last decade’s poorly optimized PC titles do…

This video perfectly shows the pop-in issue. And I don’t think panning left and right while your flying is outside the realm of normal use. The video clearly shows it doesn’t matter how quickly you want to switch views, it’s going to reload scenery whenever you pan the camera.

I don’t get that effect at all, what are your specs?

Look at my footage: https://youtu.be/_CmAKTiVsEg

This happens after EVERY major update when everyone and their grandma overloads the servers and eventually settles in a few days in. Even worse now as BOTH the Xbox and PC users access the cloud services.

Since the issue happens at a relative distance, it’s hard to notice when you have skyscrapers and a city in the way. Go fly over somewhere where you can see buildings and trees at a distance.