You might want to try head tracking as an alternative to VR. It’s quite a bit cheaper, much easier to set up, and allows you to move your head around the cockpit and look like you would in real life with much smaller head movements. It also lets you keep the real world in your peripheral vision, so your balance doesn’t get confused.

Another bonus is that it works with any plane; you don’t need to worry if a plane is ‘vr capable’ or not.

From today’s SWS Update on Discord:
"Next, our full attention is focused on the Dash 7 in cooperation with PILOT’S GesmbH. The exterior model is undergoing decal placement, so we are placing rivets, panel lines and de-ice boots. After that, the aircraft will be ready to receive its last coating of dirt and grime over the detail, which will complete the exterior textures. The liveries are awaiting their “use marks” but other than that they are done, and some screenshots can be seen here. The liveries included will be British Antarctic Survey, Air Greenland, Brymon, Berjaya Air, Tyrolean and Continental. The cockpit is undergoing decal placement. Right now, all the flight instruments are marked enough for us to do flight testing. We are working on placing the rest of the labels and correcting some model flaws before falling head-first into the textures.

The flight model of the aircraft is complete, and focus on that front is on engine tuning. Right now, the engine produces the right amount of torque and RPM, so we have work to do with the propellers to get her up to speed.

Lastly, on the coding front, the cockpit is gradually activated. Our engine, hydraulic, oil gauges work, COM/NAV/ADF radios are active, and the basic flight instruments are also functional. The PN622 DME has been programmed, tested and will be integrated into the cockpit any day now. Every day, more and more panels are coming to life." 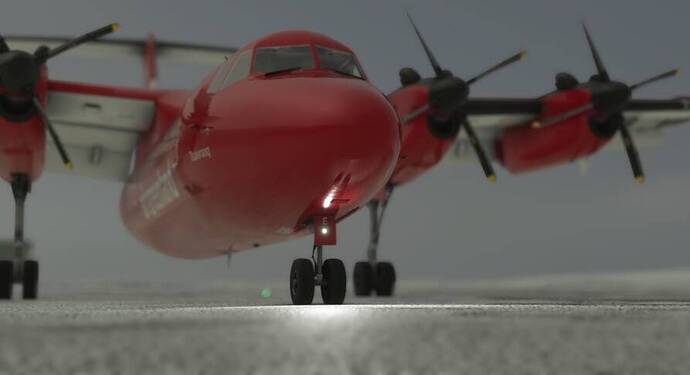 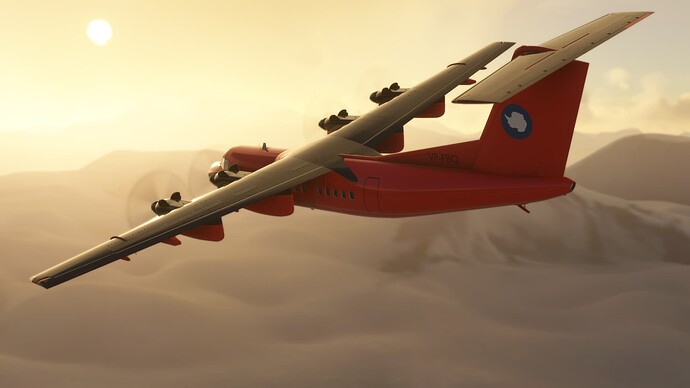 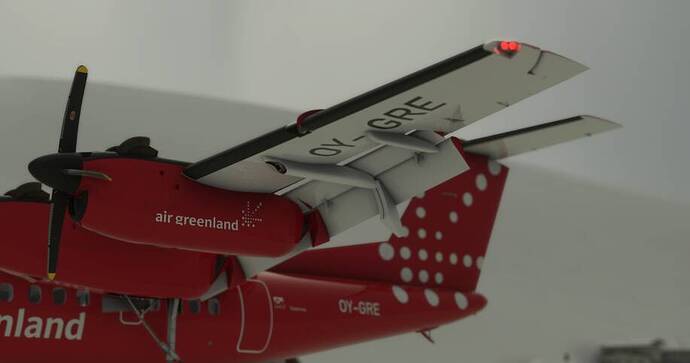 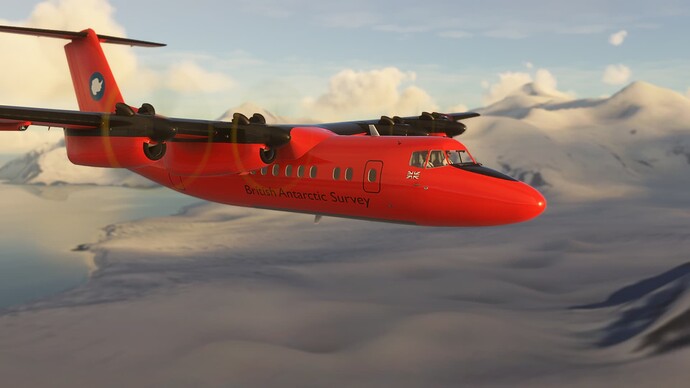 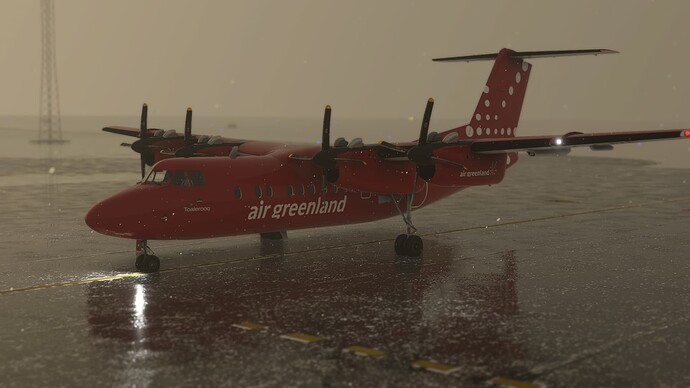 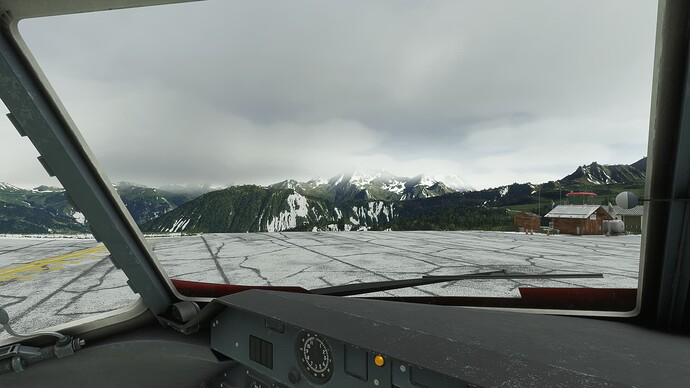 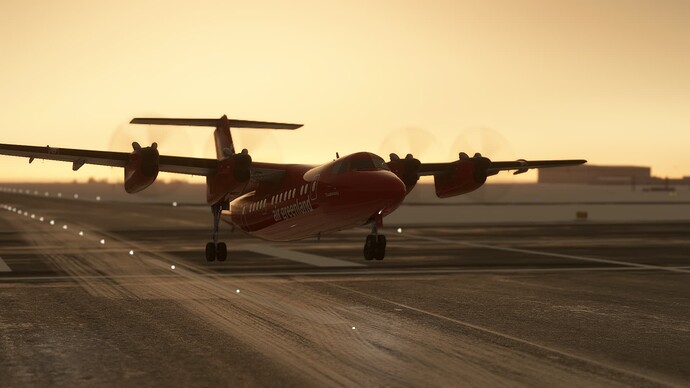 You might want to try head tracking as an alternative to VR.

I’ve got a Tobii Eye Tracker 5.

I’m just a weirdo with one monitor stacked on top of the other (MSFS on the top screen) - haven’t devoted the time to figure out placement for that. I do want to get it running though, because even in the little bit of stuff I’ve done with it (when it first hit MSFS, before the configuration stuff) I could see the potential!

Oh man this is looking fantastic!!! Thank you for sharing those shots.

Can`t wait for this beauty

This gets the heart racing!

Not gonna lie, not seeing any Canadian operators included in the default liveries kinda irks me. Almost all of the ones remaining in revenue service fly in their home country.

Not gonna lie, not seeing any Canadian operators included in the default liveries kinda irks me.

You do know that people that create liveries exist, right?

I just wish a cargo variant was included. I just may hold off until that happens.

After watching some youtube videos on Dash 7 (did not know much about this airplane except that it existed), and being a huge fan of Dash 8 and DHC in general, now I must say I am excited about this one. If this is coming from SWS, I am sold.