This looks like an excellent replacement for the default caravan!

will it come with steam gauges as well? if not, do you plan to make a steam gauge version in the futur?

I’m not the developer of this aircraft nor do I know them, I simply copy the announcement on their facebook page and paste it here.

AFAIK there’s never been a commerically released steam gauge version of the Kodaik.

I think some early prototypes were steam guage but beyond that everything’s been glass cockpit.

Just seen this topic today. I really cross my fingers and hope this one will replace advantageously the default Caravan.
Put the Kodiak on my waiting list for sure.

There are a few details and nuances left, but the Kodiak’s Cockpit is 99% modelled and will be in the texture artists hands next week. Since you’re asking for it, some work-in-progress renders from the VC.

Systems-wise, the cockpit is nearly complete. Almost all switches & levers are functioning as expected, whether important (flight) or looks (reading lights). The G1000 suite is functioning and the ESI500 backup display is nearing completion.

A quick render of the cockpit area. 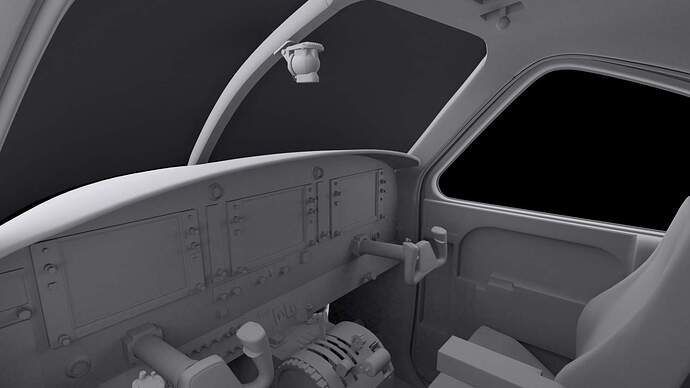 The Tundra interior. The tundra variant will come in full passenger, mixed pax/cargo and cargo-only layouts. It will also be featured in the amphibian variant. 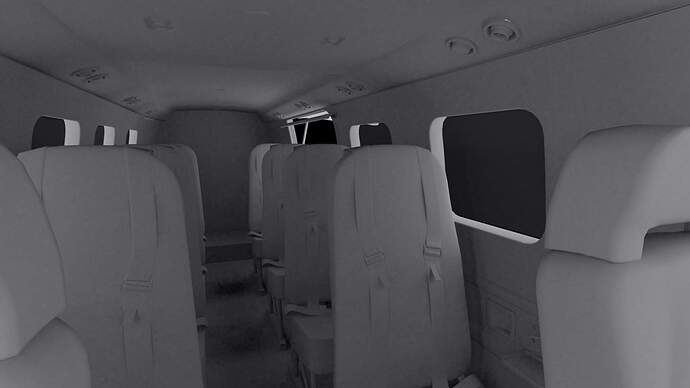 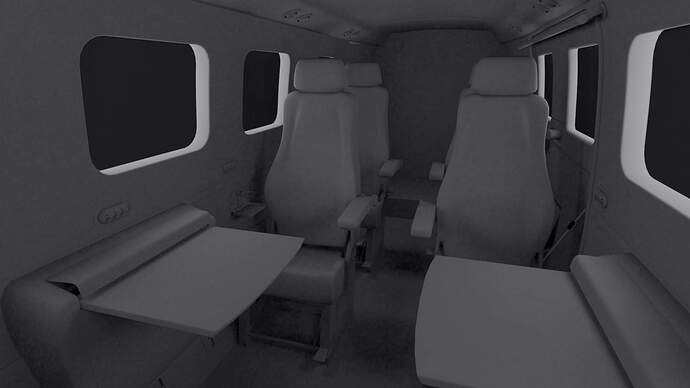 The Skydive version of the cabin, the most plain version of it, will come with working jump lights and a functional roll-up door. 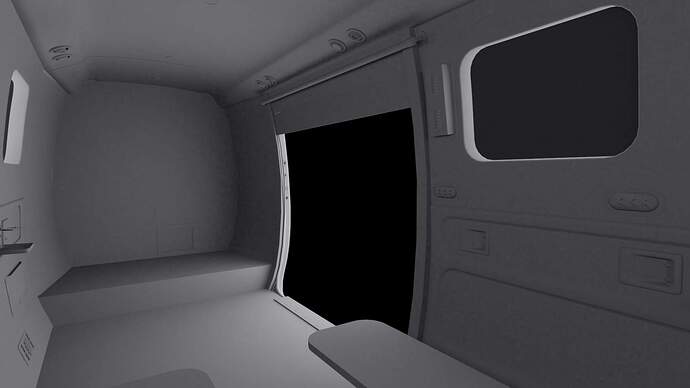 Really excited about this. Can’t wait either!

The hype is real for me. I am very much looking forward to the end product!

It’s been quiet here for while.
Any news regarding the status?

Is this a study level aircraft? Or at least semi complex / study level-ish? Or is it like the default aircraft? I’m hoping it’s more like the Aerosoft CRJ or JF piper arrow.

It’s an official Daher-licensed product, so I have a feeling it will be at least close to study-level. Considering how good their Zenith release is, I have high hopes.

Latest update form SimWorks Studios Facebook page:
It’s been some time since we posted our progress on the Kodiak. Well, here we are! The VC is in the skilled hands of the texture artist and this is how it’s shaping up so far! After the base work has been done, we will begin adding stencils and stickers to close the VC out.

From an overall progress standpoint, the aircraft’s systems are almost completed. Exterior and VC are getting their final detailing pass and the focus is on the flight model, checklists and sounds.

Speaking of sounds, SimAcoustics were able to record a real Kodiak recently, so we will provide you with authentic, high-quality audio using Wwise!

Last but not least, we decided to break the Kodiak into two separate packages: wheeled and amphibian.

The wheeled version will retail at 30€ on SWS and cover the wheeled variants of the aircraft. The initial release will contain the Tundra, Summit, Skydive, cargo and mixed cargo/pax interiors. Externally, we will offer standard and tundra tyres, with a cargo pod option. We are aiming for a late July to mid-August release for this.

The amphibian will retail for 15€ and release after the Wheeled variant and the Xbox version of MSFS. As this will add wake effects and (we anticipate) better hydroplaning behaviour, we will need the extra time to work on the flotation aspects of the Kodiak (as well as the Zenith). The floatplane will feature the Tundra, cargo, mixed and Summit interiors.

Enough text, here are a couple of WIP screenshots to whet your appetite! 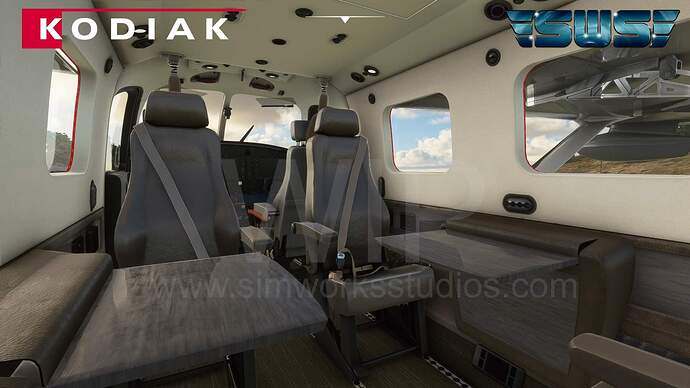 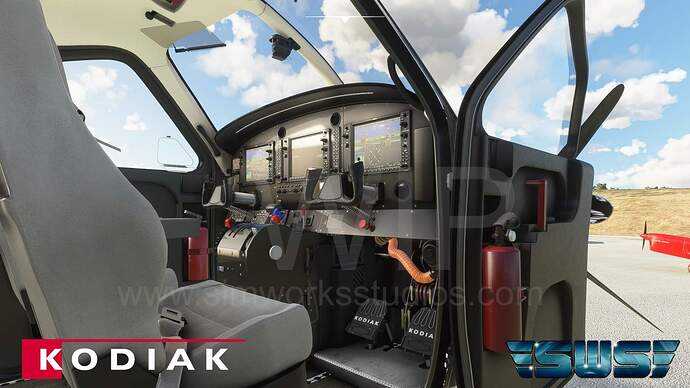 Looks nice, but at 30 euros and being a Garmin glass cockpit I think I’ll just stick with the C208 for now…

Finally, some 3rd-party planes with modern avionics! Looking forward to it.

(Seriously though, it looks different enough from the C208B to be interesting and worth flying, especially if it’s done as well as I hope. And I’ll be honest, I do like the modern avionics.

Looks great guys- can’t wait. Would be awesome if we could throw skydivers from the jump ship model somehow…!