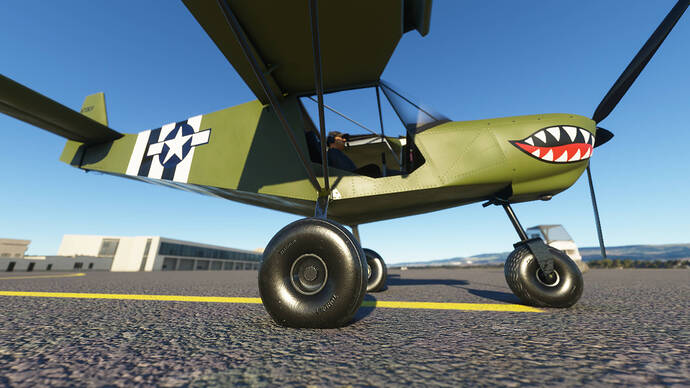 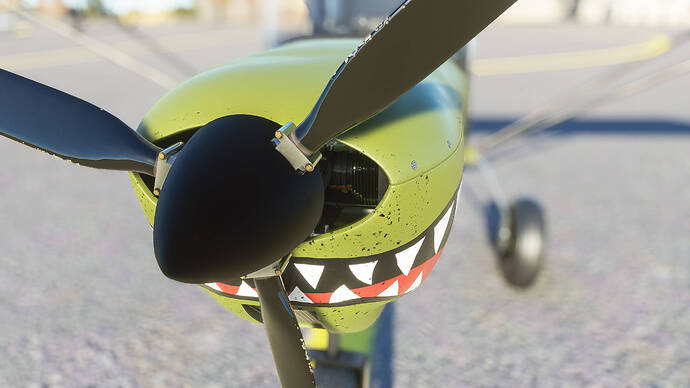 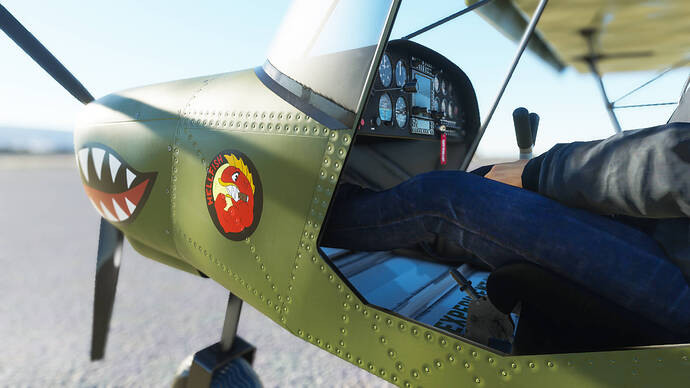 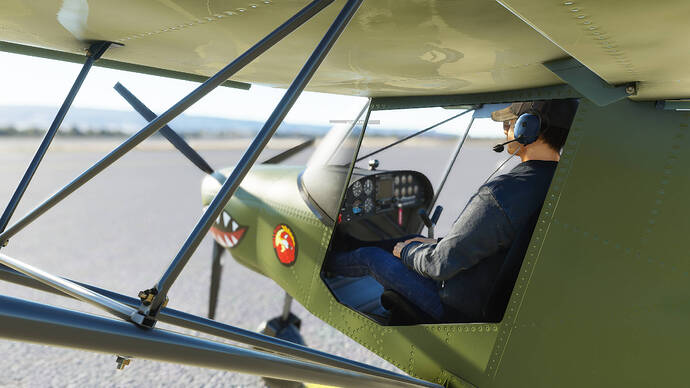 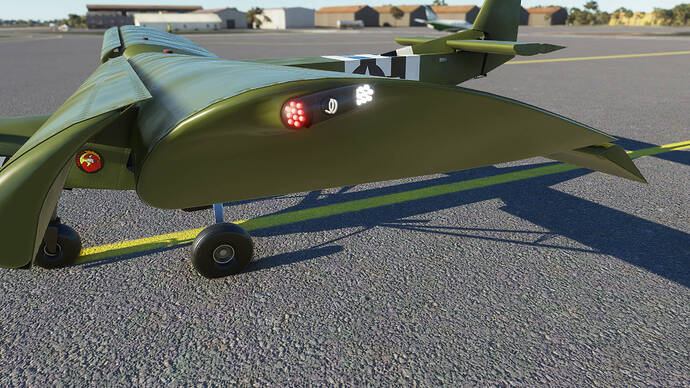 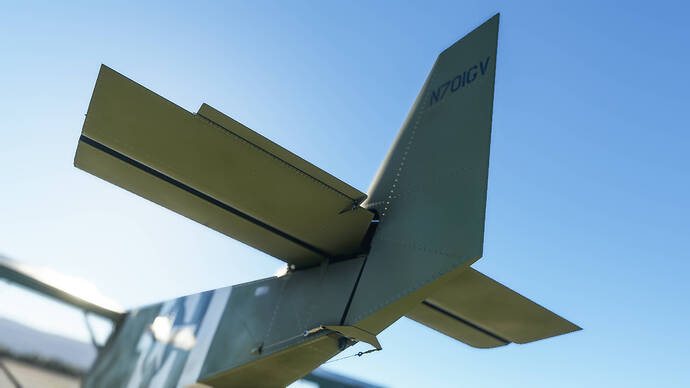 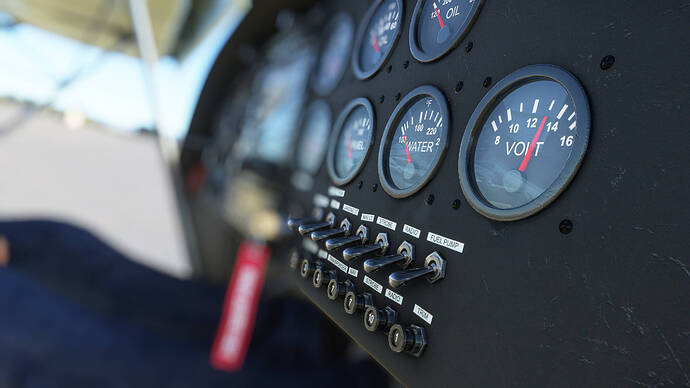 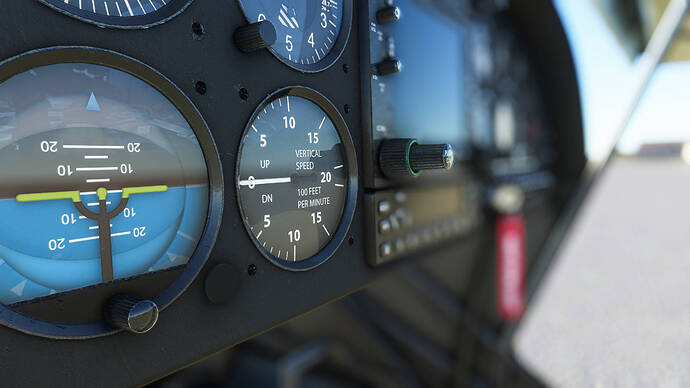 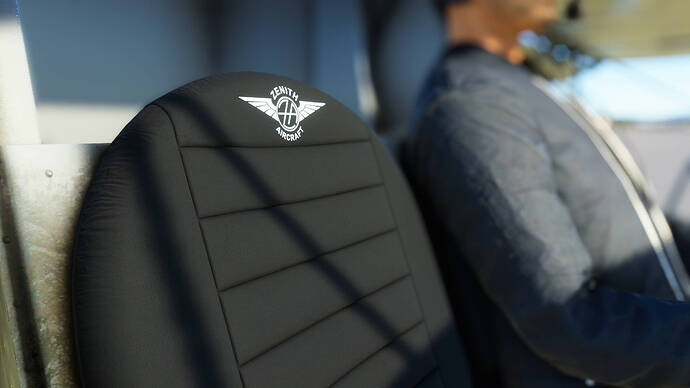 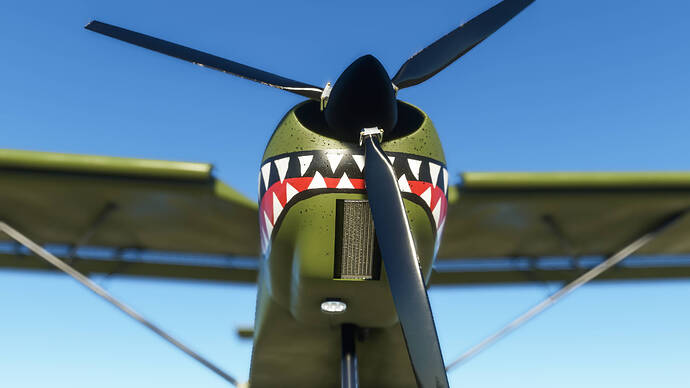 it fly so bad

The flight model has been completely overhauled, flies beautifully!

No idea what he means. The devs have been listening to the feedback and ironed out most of the negatives the plane had.

It’s a nice little plane. I like the simplicity: basically a STOL tin can with an engine, without any systems and a comparatively simple 3D model. And while I would really love to fly that tin can, because it looks very nicely made with a lot of attention to detail, I’m not prepared to pay 25-32,-€ (depending on the seller) for the privilage.
I already thought the Aerolite was expensive, but that’s brutal. 35,-€ is about the kind of money I expect the Aerosoft Twin Otter or CRJ 700 to cost. And even if they cost 10,-€ more in the end, it’s worth it, since they are infinitely more complex in every way.
Compared to other aircraft out there (PA44, Mooney, Eurofighter, MB-339, Jabiru, Long-EZ, Bleriot XI, Aerolite, Kitfox, Beechcraft 99) the price simply doesn’t work for me. As far as I can see this is the MOST EXPENSIVE plane available at the moment after the Carenado C182T!
Carenado in turn just released the Waco YMF-5. The 3D model is beautiful and offers many tiny little details. And the sound of the 7-cylinder Jacobs radial is simply epic. It flys well too. And that aircraft costs only about 15,-€ in the marketplace.

It’s really a nice plane and I regret not having a dedicated STOL plane in my hangar, but the freeware STOL mod of the Savage Cub - the Savage Carbon - will do nicely for a while.

Being the owner of SWS feel free to talk about a biased opinion.

The price is quite fair, considering that the 701 is the best-looking and among the best handling add-on planes for MSFS, which would justify a price in the 15€ range. From a complexity standpoint it is no less advanced than the other GA planes out there currently, if not more.

What would be a fair additional price for the Bush trip and improved airports that are included?

As for the CRJ’s pricing, it is economy of scale. Bush planes sell 10% to 30% of the total of an airliner, so the lower price point makes sense.
The Carenado 182 sits at about 1000 reviews in the store after 6 months. The CRJ will easily break that in two.

We are all businesses and have to break even and eventually profit, within the niche where we are selling.

To be clear, i am not trying to argue your point; one chooses based on their perception of value. This perception is wrong with the 701 as the pack has much more than just an aircraft.

The economics of developement are a different sport and pricing depends on choice of aircraft and developement costs. That’s on the dev’s neck and customers may or may not agree, as is always the case.

Thank you for your comment and explanation. Whether it is the best looking and best handling add-on plane for MSFS is debatable and probably also a matter of taste. Especially considering that I don’t find the 701 to be a particularly good-looking plane in the first place (which isn’t the point. I know).

Complexity is also debatable or maybe we see the word “complexity” differently. For me it is the amount of moving parts, working instruments, aircraft systems, and switches, number and complexity of textures (inside and outside), different configurations and paint schemes as well as sound. And for me personally I cannot see that the 701 is comparable there to most other GA aircraft in that respect being that it’s designed to be an extremely simple aircraft.

When it comes to “which type of aircraft sells best” I can’t offer an opinion.

While I still retain my opinion that it is too expensive for ME, I must admit I didn’t know it came with additional scenery and a bush trip. I only skimmed the simmarket product page but it wasn’t obvious to me. Of course this is a very good additional selling point which could be advertised in the title.
I would have bought the 701 for 15,-€ and I will check into the additional content whether it suits my needs.

Thank you very much!

I agree that the 701 is not the most good looking aircraft or complex as far as the real version goes.

For the sim version, I am well aware of the complexity of the 701 and the competition, which i know because I am a seasoned developer. A potential customer cannot know that and our marketing is supposed to do that, as well as highlight any additional content -point taken.

The rest is a matter of taste, exactly as you elaborate above and indeed the 701 is not everyone’s plane, just like the tiger moth, 78u and so forth.

I am glad we had a civil and constructive discussion and was able to clarify a few things about our offering, as well as provide our perspective on add-on development.

I am glad we had a civil and constructive discussion and was able to clarify a few things about our offering, as well as provide our perspective on add-on development.

Hi guys what you have already said has been logical and civil which is wonderful. I would also like to echo that for me the price point is simply too high. This is irrespective of how justified it may seem and when it comes to the marketing of this then it does not do a good enough job to justify to me the price.

When one looks at marketing that is backed by the practical time and expertise with regards to planes I think A2A get this right. Most people when seeing a new piece of work from their stable reply “Take my money I don’t care how much it is” and this is simply because one gets the massive scope of each of their planes and often feel that there is simply nothing better than their version of a plane.

This is simply not the sense I got from this addon which is why I cannot feel a fairness in the sticker price vs what I am getting.

Maybe others feel the same way but I’m not much interested in additional bushtrips or reworked airports. So I would buy just the plane if I would not have to pay for the extra stuff I don’t care about.

Regarding A2A keep in mind that their aircraft cost a lot more actually and they being the price down by putting advertising into their products. Batteries, oil, tires… so a direct comparison is difficult here.

Sure but we are not looking at 4 times the price, it is within the range for something insanely researched and put together with an eye if someone absolutely obsessive, for 20, 30 or even 50 bucks more their work is considered masterpieces.

I would really like to see a developer with enough guys to release a plane with a “pay what you think it is worth” model. This plane would not get its asking price I am 98% sure of that.

Let me offer my take on this particular product. I also thought first the Zenith was a bit on the expensive side, taken the “simple” appearance of the plane, perhaps five euros too much. However, now that I have the plane, I like it a lot, and would say the price is right for the plane. The flight model is really nice, and it sounds now like the real thing. The fact that the devs have been improving the plane afterwards is alone worth that five euros. The bush trip and the custom airstrip are just nice extras to me. It should be mentioned, that I don’t have the Zlin Ultra, as I only have he base version of the game. The Zenith fills this obvious gap for me.

I’d like to point out one problem. MSFS lacks is a possibility to try out the plane before buying, which somewhat affects how the value of the plane is perceived. This uncertainty can be considered as an extra cost for the buyer. Some developers have reputation that alone sells the planes, while smaller or newer studios might not yet developed such a reputation and/or are less known in general. Now people have to resort to Youtube reviews or word of mouth when making a purchase decision, but one can only take someone’s word for if a plane is enjoyable or not prior the purchase.

Now, pricing is an art itself, and there will be always people who consider the offering as expensive. However, they’re not obliged to buy something that is over the price level they consider reasonable. One can always pick it up if there is a sale in some point, or pay the premium of getting it instantly if they want the product. For me the price was right (I also live in a relatively high-income country) so I bought it and have no buyer’s remorse afterwards.

There will always be differences in pricing models, I‘m sure. Maybe the 701 (haha I always must think of the Husqvarna 701 bike and it looks kinda similar) is „over“priced, I‘ll try it out after all that talk here :D. At the same time Ant‘s Airplanes released his amazing Tiger Moth for P3D for 10$. Or € or IDK anymore. In the end it‘s a decision and it‘s not the only addon. If we don‘t purchase it because of the price tag it‘s likely that the next model will be less expensive (I don‘t want to say cheaper, that sounds like a bad addon), or there will be no next model from this developer. For me there are addons I certainly don‘t need, for example this hyped CRJ. But I love small grass hoppers. So what… 35 here, next time 45 passed… and 2 months no delivery pizza and the money is saved.

The Carenado 182 sits at about 1000 reviews in the store after 6 months. The CRJ will easily break that in two.

What percentage of users submit reviews?

By experience, always much fewer than those who bought the product. Even if it was 100%, 1000 reviews/sales is quite a bit.