Today the Wing Commander achievement (1000 hours) popped for me, yay!: 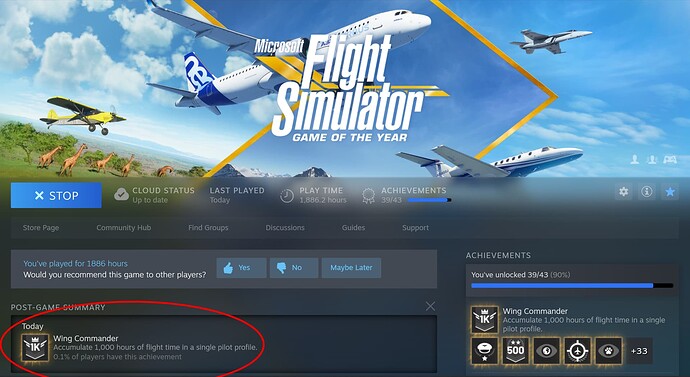 but I’m actually not quite there: 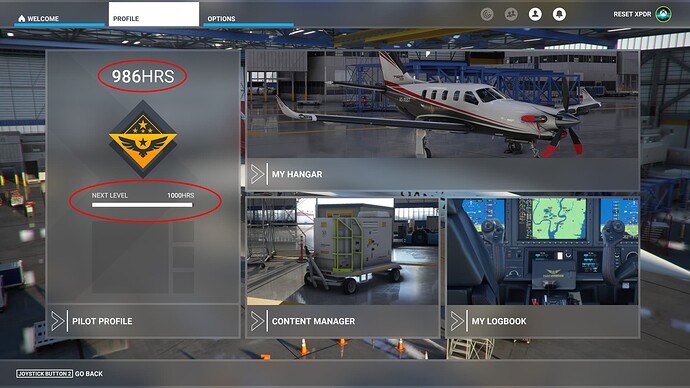 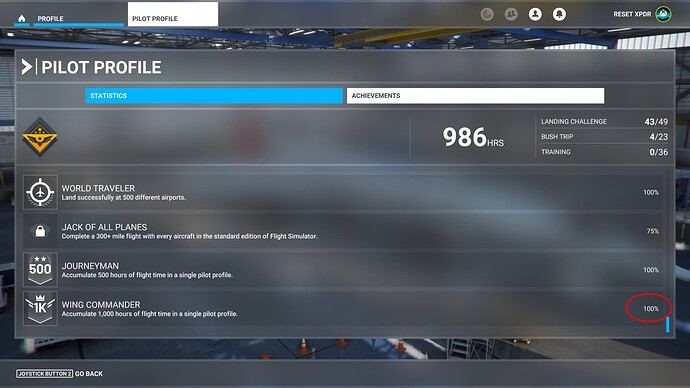 I’m not complaining, as I certainly have lost enough logbook hours from CTDs that I have easily achieved this in reality, but it’s just strange that it triggered 14 hours out from the finish line.

At least you’re pretty close. I got some achievements at some really odd times when I was nowhere close to a situation where they could be considered complete. Like I remember I got the one for landing on a grass strip in the Longitude at flight levels over the Gulf of Aden while starting my descent towards Djibouti.

I had a landing achievement once while in cruise.

Outside of the time flown achievements which seem to be correct, most of the others I’ve gotten were in situations where I shouldn’t have received them at all. I’ve probably completed the tasks at some point since getting them, but didn’t deserve them when I got them.

Indeed. I’ve been backing mine up daily for about a year now after I read of logbooks being lost to the binary black hole and have had to restore it a couple of times when switching in and out of the SU9 beta, but I still have it intact

Read this post a couple of days ago, and this morning, out of curiosity, I checked the Pilot Achivement tab (don’t visit very often, not on may priority list). Anyway, sure enough, 1012 hours and that achievement was logged. Now I’m inspired. I think I’ll try to learn how to fly a jet, maybe the CJ4. Any suggestions for jets?

I think I’ll try to learn how to fly a jet, maybe the CJ4. Any suggestions for jets?

Congratulations to you too! The CJ4 is pretty good to start out with as it is small, nimble, quick and good fun.