The live weather snow coverage after the update today is not realistic. It cant be that there is barely any snow in Voronezh/Russia in winter.

they must have mistaken Russia for the alps then.
In the alps I see everything literally covered in white:

I like how they made most of the Alps like the Russian wildest corner. This is St. Moritz now. (live weather) [Microsoft Flight Simulator Screenshot 2020.12.22 - 20.53.58.19] If all the roads would be so much covered in Snow there would be a riot against the government. Now, let’s talk honestly. Do you really want to make me think that it “runs on your machine?” (as devs say) Do you really want to make me believe that no one, in the entire team, has noticed this? …

I just checked CYYB, North Bay Ontario, which is about 250 miles north, and also in a deep-red zone on the MB map. There is plenty of deep snow on the ground there. One difference. CYYB has a current temperature of -18C, while KELM has a current temperature of +4C (39 degrees). I wonder if the weather engine is not allowing snow to appear unless the air temperature is below freezing? It is certainly possible for previous heavy snow to exist when the air temp is well above freezing. It is supposed to drop down to 23 degrees F here later tonight. I’ll have to check back early tomorrow morning to see if the snow magically appears once the temperature drops.

Just downloaded the new VR update Why is there SNOW in the Caribbean? This is St. Barts??? 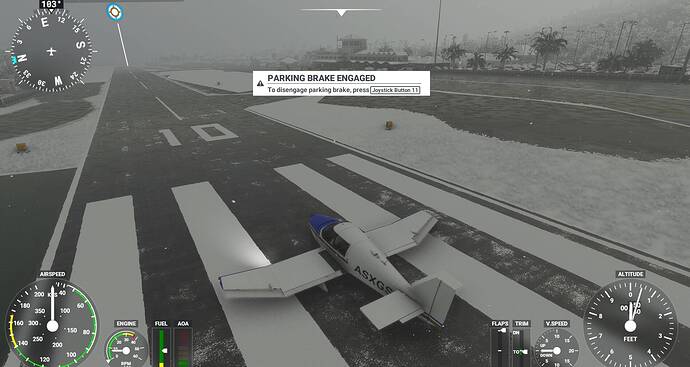 I wonder if the weather engine is not allowing snow to appear unless the air temperature is below freezing?

I think you hit the nail on the head. It’s been above freezing in Boston for 3 days.

Kind of silly, eh? They have all this data, “eh, who cares, we can do it better!”

Same thing in southern Wisconsin. Madison area was shaded in snow in MeteoBlue but clear in MSFS. Temp today there was 34.

Sorry, I am at work this evening now.

Same thing in southern Wisconsin. Madison area was shaded in snow in MeteoBlue but clear in MSFS. Temp today there was 34.

I’ll know more regarding my local airport tomorrow morning when temps briefly drop back into the low twenties. If that brings on the missing snow, then it will be a solid basis for a bug report. Basically, if the MB data says there is snow on the ground, then there should be snow in-game no matter what the air temperature might be.

We are expecting temps to surge into the fifties on Thursday with strong southwest winds and several hours of rain. That will definitely cause a lot of snow melt, but will not get rid of all of it. Friday it is supposed to get much colder.

That looks like beta meteoblue, I hope they are using that data as the standard site shows this ominous message - 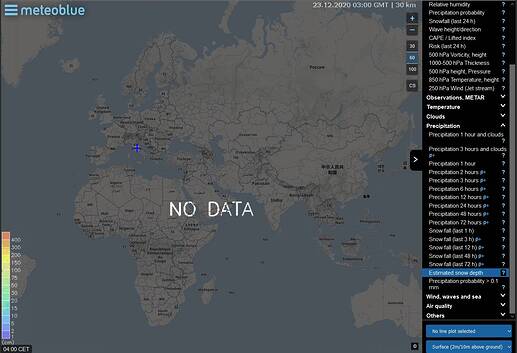 Edit - Looks like they are using the right data as I head north towards hokkaido this morning, off to my right there is snow cover over western Honshu. 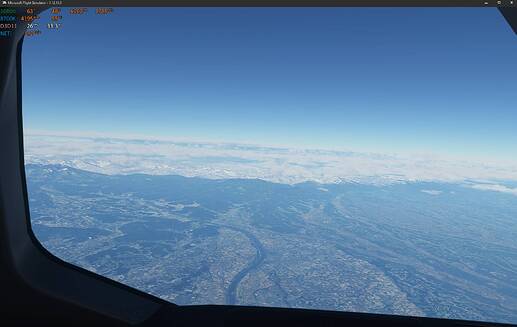 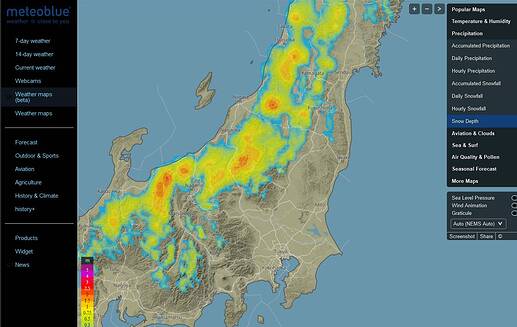 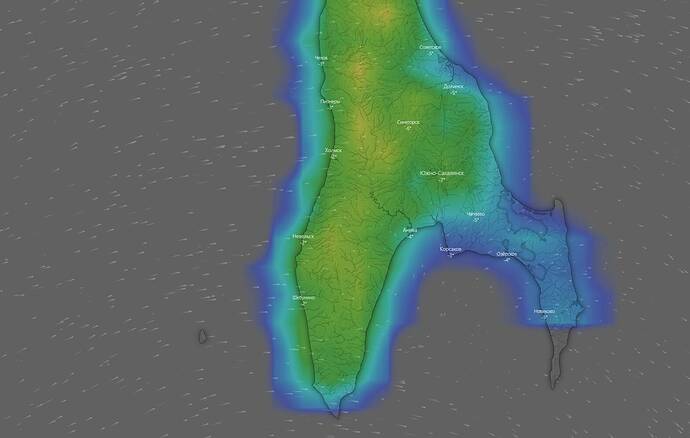 my test that can explain something

its possibile that something gone wrong during passage from a some planet place?

that’s a persisting issue with live weather not working after a flight, nothing to do with snow coverage specifically.

I think you hit the nail on the head. It’s been above freezing in Boston for 3 days.

Kind of silly, eh? They have all this data, “eh, who cares, we can do it better!”

Unfortunately, my theory was not correct. I spawned again just now at my home airport KELM, where the actual and in-game surface temperature is now -4C, but still only very patchy snow on some hilltops, despite the fact that the MB snow accumulation map on their web site clearly shows that central NewYork is a “deep red” zone with heavy snow cover.

Calgary got dumped on yesterday …about 25cms of snow but no snow on the ground in the Sim.

That is unfortunate. Weather has been spotty from release. They really need to fix these issues.

I think the best we can do is report where it’s not working and let them fix it in a couple weeks. Thanks for responding everyone. They’ll figure out what’s wrong.

It is interesting it works in Europe but not in North America.

If I’m remembering correctly, didn’t wind have the same issue at launch (working in Europe but not in North America)?

I must agree with your observations. I flew into Burlington, VT (KBUR) and was disappointed in the snowpack. It was patchy at best, nothing like the current environment; too much green and not enough snow.

I’m assuming (perhaps incorrectly), that the new system is using a MeteoBlue database that not only shows where currently exists, but also how deep it is. If it is only indicating where snow exists, then the depth might depend on latitude or altitude. That might explain why there is only patchy snow cover in upstate New York and New England, even though the actual snow is quite deep. CYYB, 250 miles farther north is fully snow covered.

I just completed a flight from Fresno, CA to Albuquerque in the CJ-4. The Sierra Nevada mountains were beautifully snow capped along their entire length, from the peaks down to about the 8000 foot level, and it looked very good.